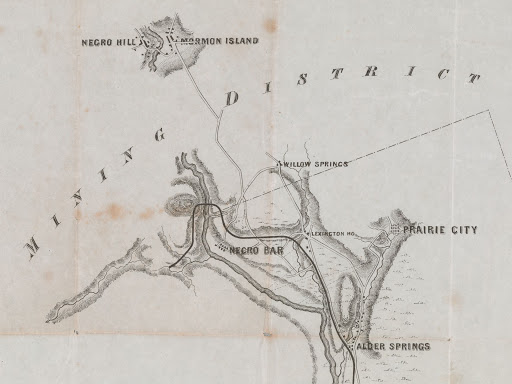 History of a California Black Farmer who became the First Black Millionaire in the United States.

He was born a naturalized a Danish citizen, naturalized a U.S. citizen in 1834, New Orleans, Louisiana and obtained Mexican citizenship in 1843, Monterey, Alta California.

Leidesdorff died very suddenly in 1848, a day before public announcement of the Gold Rush on the American River, he is buried in the Catholic Mission, S.F., CA.

Honorable William Alexander Leidesdorff, Jr. was a successful maritime captain who owned many profitable businesses and held valuable real estate holdings throughout Louisiana, Alaska, New York, Hawaii, and California. Leidesdorff was reported to be the wealthiest man in California, elected San Francisco Treasurer, President of the School Board and U.S. Vice Consul to Mexican California.

Most of his personal and official records are "hidden" yet partial records are dispersed at universities, public libraries and private collections throughout the world.

In 1844, Honorable William Alexander Leidesdorff, Jr. received a land grant he called Rancho Rio de Los Americanos from Mexican authorities and built an enormous cattle and wheat ranch compound. Unique to his land grant was an added stipulation to allow the native Maidu community to remain undisturbed on a significant portion of his 35,000-acre Leidesdorff Ranch.

Very rich gold deposits were found at Negro Bar due to centuries of a rivers natural swirling pattern caused by a limestone bluff on the northern bank. This steep geographical landmark contains layers of ocean life forms and peaks archeological interest, since the Pacific Ocean is 100 miles away.

Captain Leidesdorff navigated the first steamship in California to develop overnight steam transportation to obtain agricultural products in the Sacramento Valley. His famous steamship voyage of, The Sitka, is seen on our California State Seal.

His greatest historical legacy one day will be viewed as, the founder of Public Education in California; he organized construction, built and opened the first public school in California, at Portsmouth Square, San Francisco.

In 1848, William Alexander Leidesdorff Jr. commissioned a survey to verify vast quantities of reported gold on his land and violent dislocation of the Maidu population. He received favorable Gold reports and tales of murder at Negro Bar prior to his death from "brain fever."

The voices of restless souls buried in desecrated cemeteries of Negro Hills and Negro Bar; cry out to tell us authentic lessons.

Unyielding spirits of our Native Population and California Pioneers of African Descent along the American River are finally being acknowledged and the healing can finally begin.

Michael Harris, California Black Agriculture Working Group
Add Your Comments
Support Independent Media
We are 100% volunteer and depend on your participation to sustain our efforts!