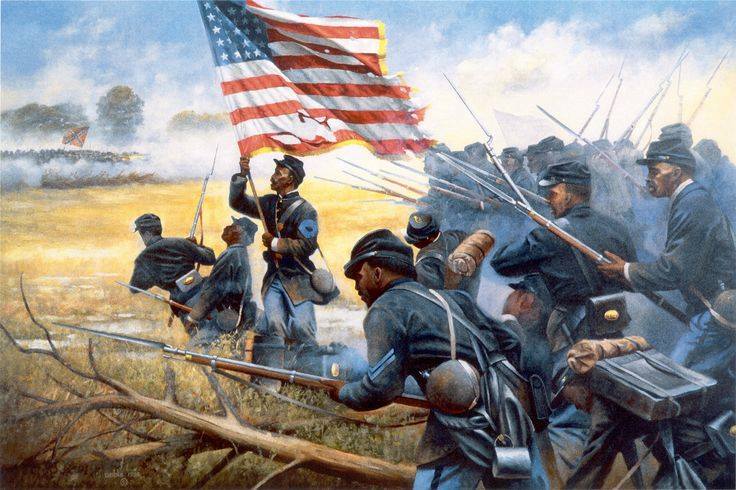 1. What is the importance of our unique California Juneteenth legacy?

Our unique California, "From Slavery to Freedom Journey" begins in the 15th Century, with Spanish Conquistadors in Baja California Sur and enslaved African prisoners of war apart of Spanish occupation of "New Spain" for until 1821 Mexican Independence. United States President Polk implemented "Manifest Destiny" and after the June 1846, beginning in today's Sacramento County the California Bear Flag Revolt began the clandestine US Military Occupation of California, including free and enslaved men of African descent. By November 1849, during our California Constitution Convention in Colton Hall, Monterey established the framework for the State of California with a delicate balance over slavery. The "Compromise" officially established by Congressional authorization; California became a State on September 9, 1850. As the 31st State, California upset the electoral balance of 15 free and 15 "slave" states. During the Presidential election of 1860, California "white male only citizens" voted by less than 1000 votes to support President Abraham Lincoln. Both Union and Confederate troops from California fought during the US Civil War, with over 10% of all US Colored Troops from California.

AB 1655, may provide official California Legislative support to showcase our "hidden figures" who served on the bloody battlefields of the US Civil War to add to our unique contributions to the forward flow of humanity.

Many California residents; past, present and future have played a very significant role in helping firmly establish our Juneteenth Federal Holiday.

Today, all persons living in the United States and beyond join extended family who were captive prisoners of war and centuries later fought for freedom yet continue to endure disparaging treatment, help to "form a more perfect union."

Yes, Juneteenth properly understood, is more than worthy as a Federal, State, Local holiday for all Americans' to celebrate.

Read on to understand a broader meaning of Juneteenth, and how you can celebrate/recognize it.

Juneteenth can be traced back to June 19, 1865 when Union soldiers arrived at the final Port of Galveston Island, Texas to secure the border with Mexico and begin a 7 week military campaign to take the news plantation by plantation throughout Texas sharing the "good news" that the Civil War was over and enslaved people of African ancestry were now free.
Field Order #3 by General Gordon Granger, and other Field Orders were following direction from the new Commander in Chief, Democrat President Andrew Johnson, as part of strategic National Union Ticket. He became President after the assignation of President Abraham Lincoln, April 4, 1865, with disastrous results that facilitated 100 more years of affliction.

3. What is Celebrated on Juneteenth?

Juneteenth celebrations typically include music, barbecues, parades, picnics, rededications of historical sites, discussions about enslavement and the meaning of freedom.

Juneteenth is also a time for reconnection with family lineage, African, Caribbean, Indigenous, Asian, European other heritage is the legacy of our global enslavement. For many, it is a day to celebrate Black culture and to promote Black unity.

4. How to Celebrate and Recognize Juneteenth?

Juneteenth is now recognized as a Federal Holiday for all Americans at home and abroad. The State of Alabama, "The heart of Dixie" is the latest in a growing line states, counties, cities, towns and businesses across the world are also establishing holiday celebrations in their jurisdictions.
There are many ways that you can celebrate California Juneteenth. Here are some ideas:

Attend a local event or parade

Host your own Juneteenth family picnic or barbecue

Read a book or watch a documentary about Slavery and our long and difficult journey towards Juneteenth Freedom Day.

Listen to songs or poems about Juneteenth

Whatever way you choose to celebrate Juneteenth, remember the importance of this day and what it represents.

Take time to honor the strength and resilience of people of African Descent and most importantly honor our United States Colored Troops who helped preserve the Union, begin the ending of legal slavery in America, earning citizenship on the bloody battlefields across America and commit to working towards a more just and equitable society for all.

Consider the origins of the 15th Century the Trans-Atlantic Trade in Human Cargo that first began with Spanish and Portuguese Military conquest, however many other Sovereign Nations joined the trade in human cargo.

Juneteenth 1865, is our agreed upon celebration of freedom.

The day is also referred to as Freedom Day, Liberation Day, or Emancipation Day, the origins and connection to previous condition of servitude in different in many parts of the Americas.

In 1980, Texas became the first state to recognize Juneteenth as a state holiday.

June of 2022, Juneteenth became an official City of Los Angeles holiday and has one of the largest Juneteenth celebration in the country, with over 100,000 people attending each year.

In the coming years over 100 California cities with @100,000+ residents will begin to discover our unique California Juneteenth Legacy, helping manifest equity and greater inclusion throughout the 5th largest economy in the world.

Happy Juneteenth, what an amazing journey toward freedom.
http://www.californiajuneteenth.com
Add Your Comments
Support Independent Media
We are 100% volunteer and depend on your participation to sustain our efforts!