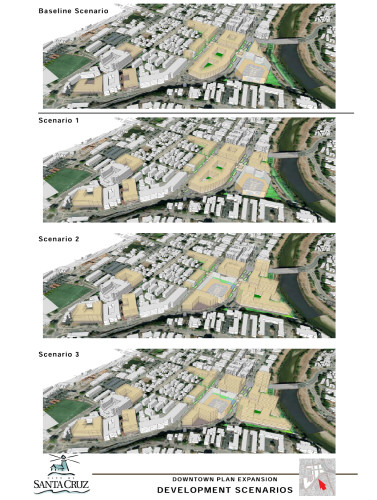 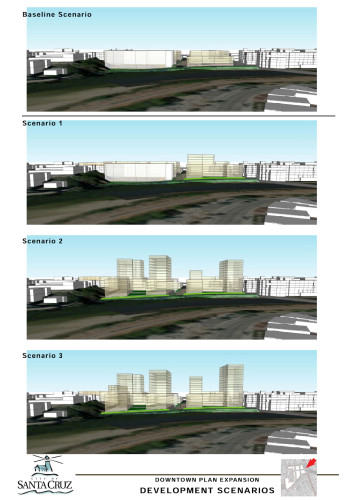 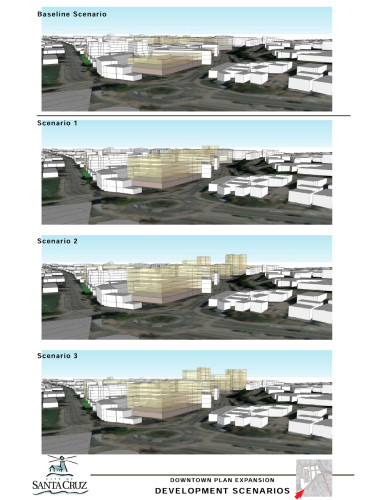 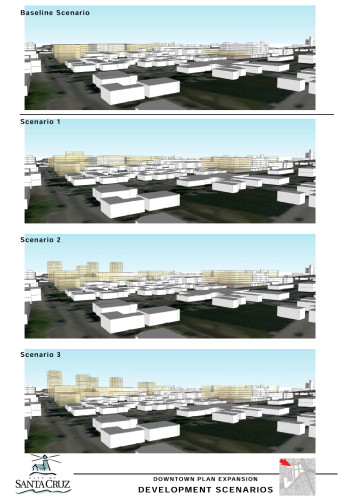 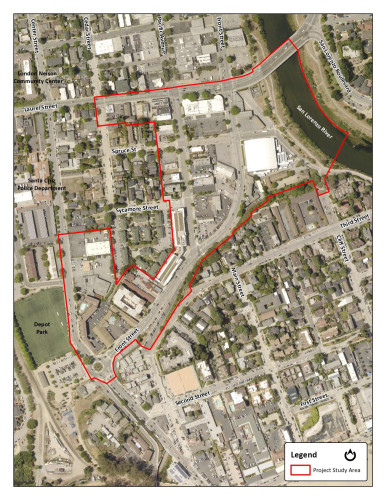 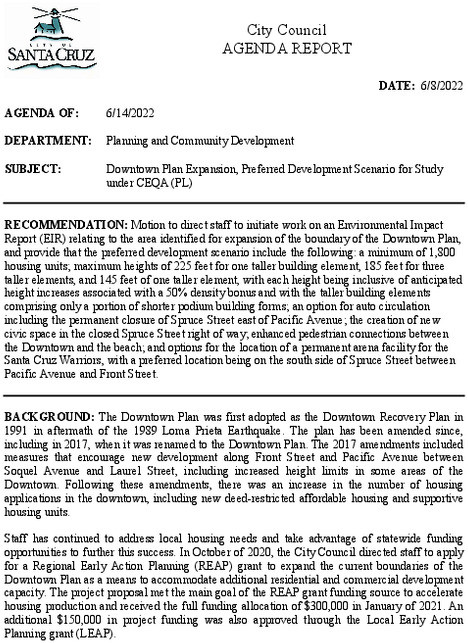 Motion made by Commissioner Schiffrin, seconded by Chairperson Dawson to the Planning Commission recommend to the City Council the following as the preferred alternative for the Downtown Expansion General Plan Amendment for consideration in the CEQA document:

* The site of the Arena will be in the area between Pacific Avenue and Front Street.
* In order to strike a balance between providing significant new housing and not changing the character of the downtown area in an extreme way, the majority of additional high-density housing shall be provided adjacent to the San Lorenzo River. The total number of new units in the expansion area shall not exceed 1,600 and, to the extent feasible, housing for educators should be included.
* The building heights for new development in the expansion area shall not exceed the height of the tallest building in the downtown area, after a density bonus benefit, as long as 1,600 new units can be provided.
* Laurel Street Extension, if relocated, shall be closer to the hillside without requiring the demolition of the existing special needs housing unless a relocated facility has been provided.
* At least one third of the total new higher density housing units in the expansion area shall be affordable to low-income households, and the inclusionary requirement for individual projects shall be 25% with a 30% requirement for projects with density bonuses.
* New developments that displaces existing low-income residents shall provide replacement affordable units on a one to one basis and shall not be counted towards meeting a project’s inclusionary requirement.
* In order to minimize the potential impact of the proposed Plan on additional displacement of affordable housing within the plan area and in surrounding areas, particularly Beach Flats and Lower Ocean, an advisory committee of residents and affordable housing experts shall be formed to study and recommend effective mitigation measures, in coordination with the Planning Commission.
* The EIR on the Plan shall contain an analysis of the potential impacts on the environment of displacement that may result from the Plan and shall include appropriate mitigation measures.
* The Plan should include the proposals for the Civic plaza, lighting, and connectivity between the beach area and the downtown.
* Public transit should be a central component of the Plan.
https://ecm.cityofsantacruz.com/OnBaseAgen...
Add Your Comments
Support Independent Media
We are 100% volunteer and depend on your participation to sustain our efforts!