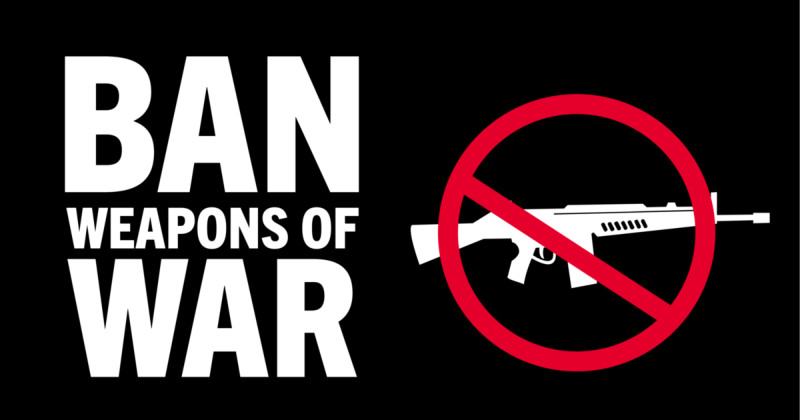 Find a March for Our Lives protest near you: https://marchforourlives.com/march22/https:
HELP STOP GUN VIOLENCE

Congress must reinstate the assault weapons ban immediately. It worked in the past and can work again. We need commonsense, impactful action to tackle gun violence. Most Americans agree: Civilians do not need military-grade weaponry.


Why is this important?

As our nation reckons with the epidemic of gun violence and as a vast majority of Americans support more restrictions, we can't let our gun laws be limited by Republican obstructionism, the power of the gun lobby, or a handful right-wing justices with whom Mitch McConnell and Donald Trump packed the Supreme Court to further the agenda of right-wing zealots.

Congress has a popular mandate to act—and now is the time. We had an assault weapons ban within the past two decades, and Congress must vote to reinstate it immediately.

The assault weapons ban was initially supported by bipartisan consensus—and voters of all walks of life agree that AR-15s have no place in civilian life and are not what the framers of the Constitution envisioned in drafting the Bill of Rights. During the Bush presidency, Republicans in control of Congress let it lapse—and the results have been devastating.

Massacre after massacre occur because of military-grade assault weapons, high-capacity magazines, and the fast and deadly impact of these weapons. Without AR-15s and other assault weapons, the incidence of mass gun violence would drop immediately.

Many Republican voters agree with these measures, but Republican elected officials, who are in a ghoulish embrace with the NRA and others in the gun lobby, want to talk about anything other than guns when it comes to gun violence. That's why Republican leaders need to hear loud and clear: Voters expect you to take real action and will respect you for passing an assault weapons ban and other commonsense measures.

And if you don't, we will hold you accountable this November.

Please add you name: Congress must reinstate the assault weapons ban immediately. And we'll make sure Democrats know momentum is on their side to push forward, that sensible Republicans see they have the mandate to bring bipartisan support to such a measure, and that the rest of the Republicans know they'll be held accountable for choosing assault weapons over our children and communities. 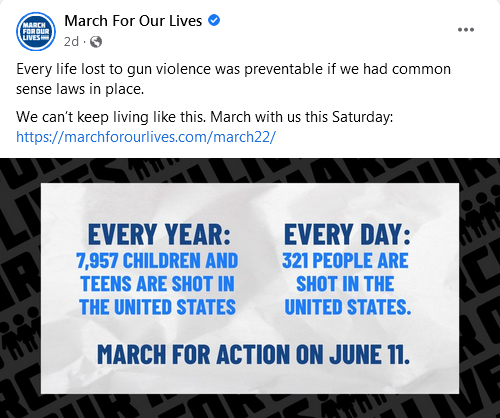 Find a March for Our Lives protest near you: https://marchforourlives.com/march22/
Add Your Comments
Support Independent Media
We are 100% volunteer and depend on your participation to sustain our efforts!