Photos from a die-in in San Francisco on June 6 by Terry Scussel, ProBonoPhoto.org. Please credit the photographer. 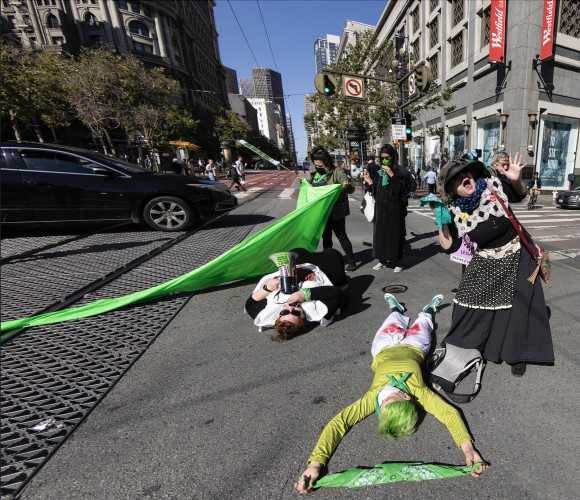 original image (1600x1378)
The Supreme Court is about to change a ruling that most Americans want to keep in place. The anti-abortion movement is a movement of extremists and, in fact, there were at least a dozen well known anti-abortion figures at the January 6, 2021 attempted coup at the Capitol. They included leaders of Operation Save America, Oath Keepers, and March for Life, as well as individuals formerly convicted of violence against clinics and staff.

In the city of San Francisco on June 6, bystanders including tourists, tech employees and working class folks cheered on demonstrators who took to the intersection of Market and Fifth streets at 5pm. The protesters used theatrics, including fake blood and bright green colors, to draw attention to the immediate urgency of the situation and the reality of a Trump appointed extremist Supreme Court.

The protest also included an indoor portion. Wearing covid protection in the form of masks, demonstrators paraded through nearby Westfield Mall. Shopping Center security was no challenge to the protestors despite efforts to keep them from boarding escalators. SFPD was quickly called.

Outside the mall in the intersection police tried to convince protesters to give up their positions in the middle of the street. They eventually physically removed several demonstrators, who were handcuffed, placed in police cars and given citations.
http://www.riseup4abortionrights.org
§In the street and on the corners
by San Francisco Intersection Shut Down
Thursday Jun 9th, 2022 5:55 AM 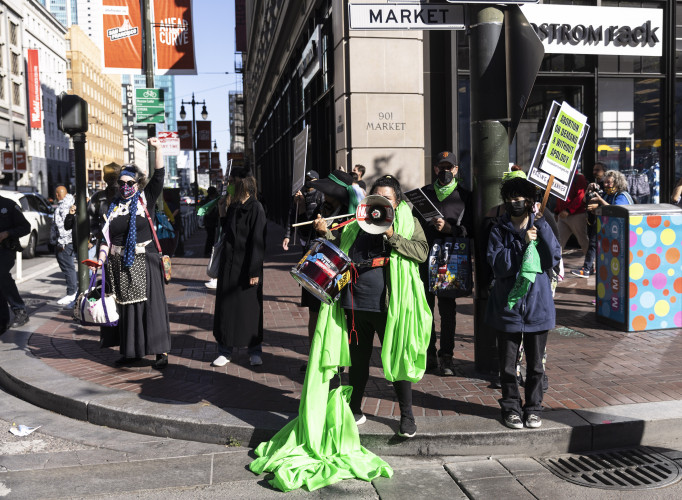 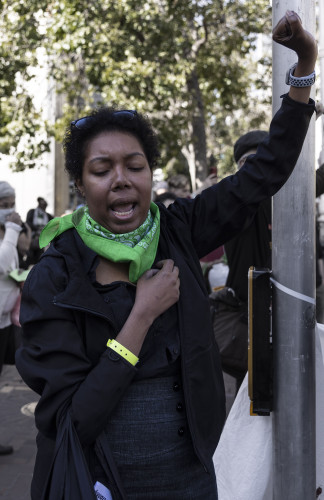 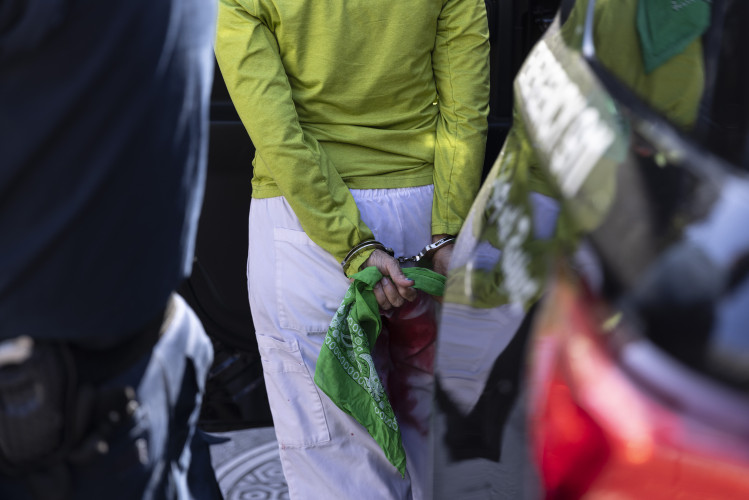 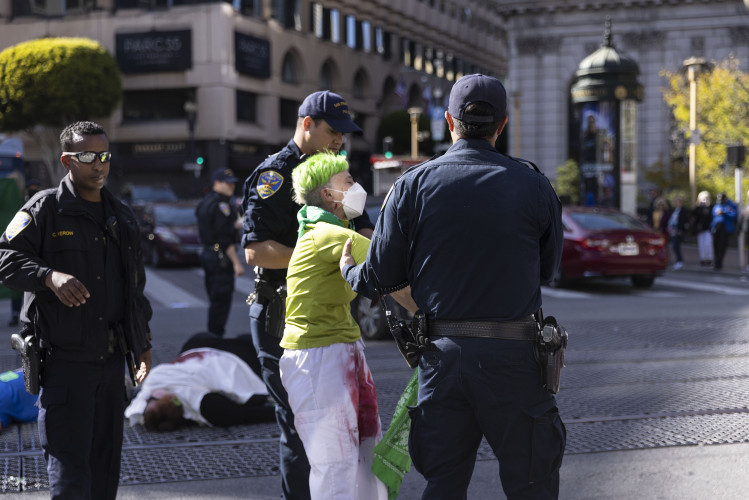 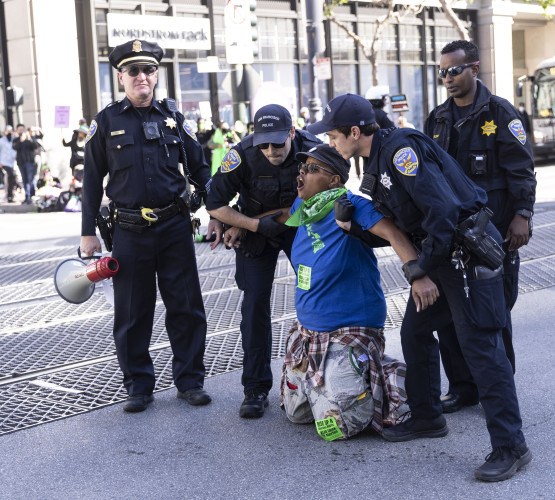 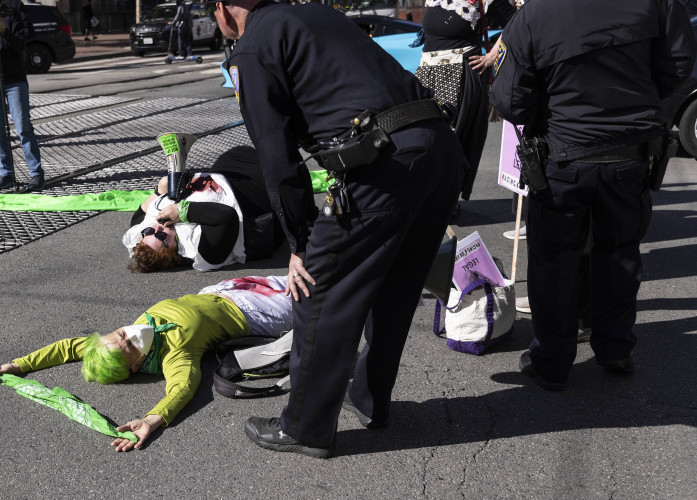 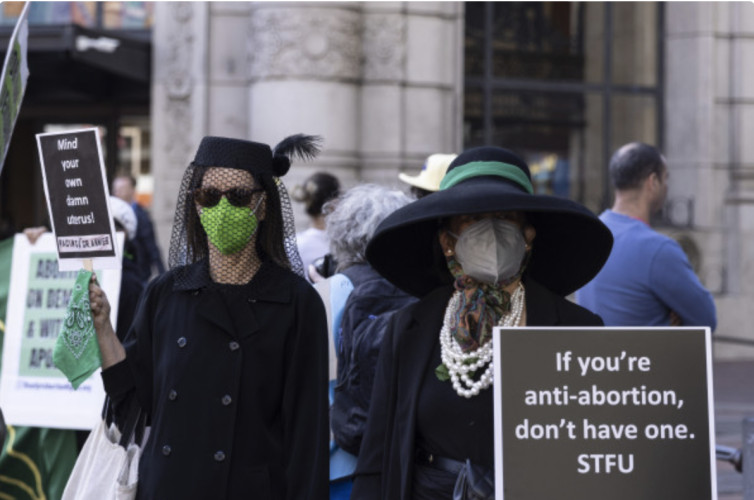 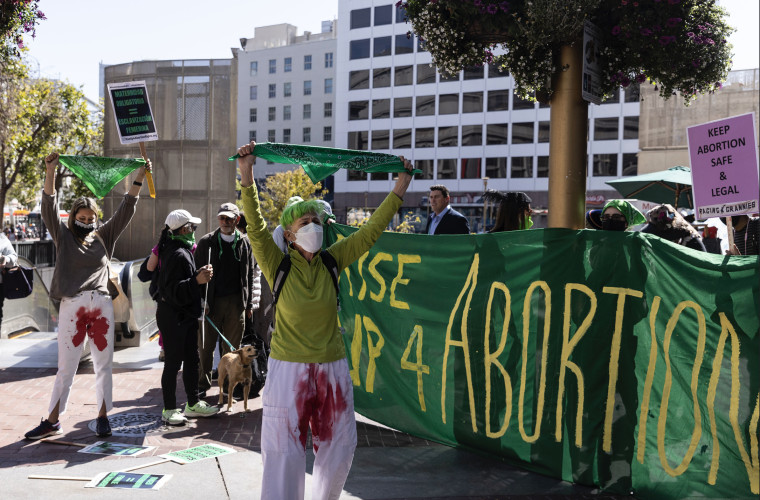 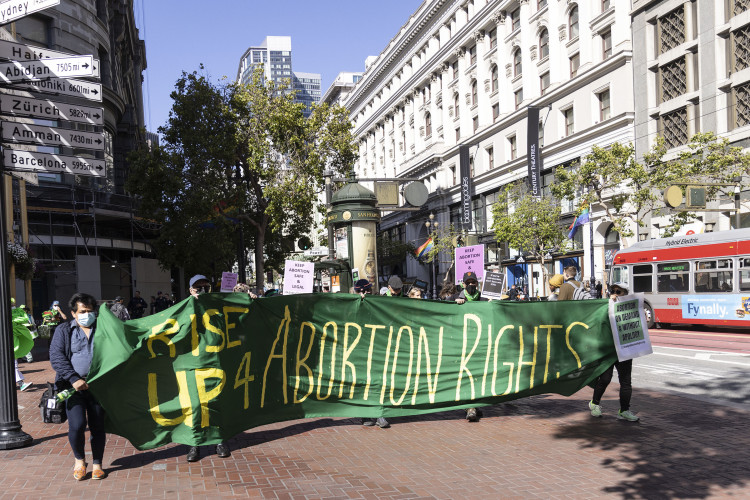 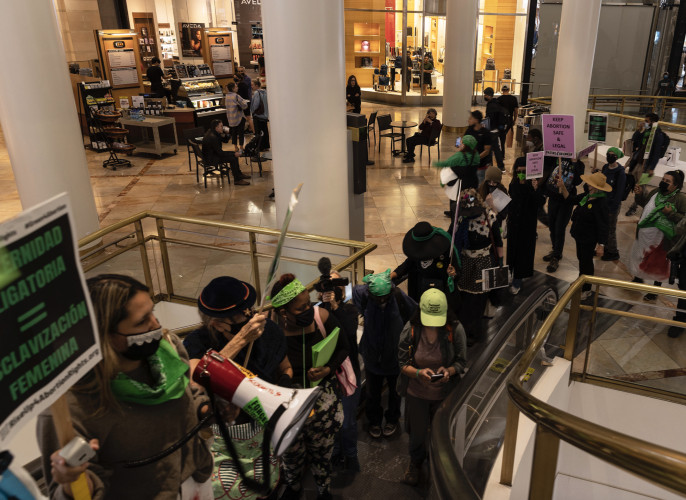 original image (1948x1418)
http://www.riseup4abortionrights.org
Add Your Comments
Support Independent Media
We are 100% volunteer and depend on your participation to sustain our efforts!