Add an Event
Newswire
Calendar
Features
Home
Donate
From the Open-Publishing Calendar
From the Open-Publishing Newswire
Indybay Feature
Related Categories: San Francisco | Government & Elections | Health, Housing & Public Services | Police State & Prisons | Womyn
While Waiting for Supreme Court Decision on Abortion, Large Street Protest in SF
by No Decision Today
Wednesday Jun 8th, 2022 9:26 AM
The Supreme Court released only one decision Wednesday, June 8 but it was not the anticipated case that would determine the fate of Roe v. Wade. 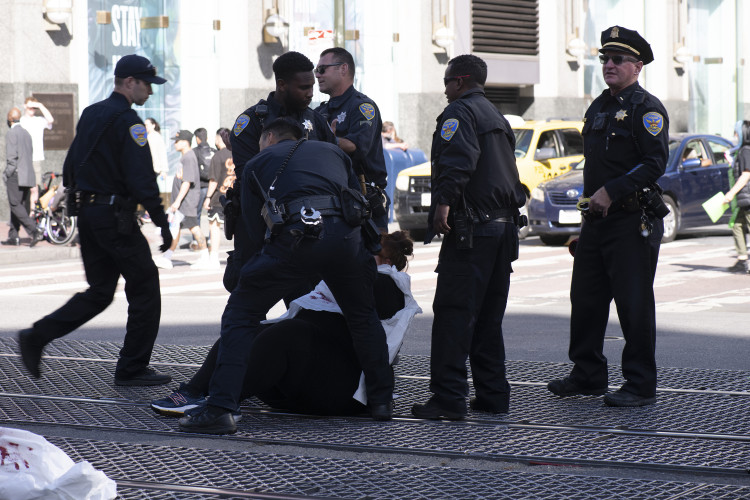 original image (3056x2037)
Photos by Rachel Podlishevsky, Probonophoto.org. May be used with credit.

Not waiting for a heavily anticipated decision that many Washington observers felt would happen on June 8, demonstrators performed die-ins in several major cities across the US on Tuesday June 7. San Francisco saw the biggest one, a total shut down of the hugely busy intersection at Market and 5th streets.

Activists stood in the middle of the intersection and unveiled a giant green banner. The Raging Grannies in black mourning costumes wailed over the bodies of demonstrators in bloody clothing who symbolically, yet at the same time noisily, "died" of illegally performed abortions.

About a dozen uniformed police tried to take control of the situation, but demonstrators remained steadfast. Eventually police fastened their hands behind their backs with zip ties, then lifted and carried the resisters to waiting police cars where they were issued citations.

http://www.riseup4abortionrights.org
§police person kneels by a person portraying the dead at die-in
by Not Today
Wednesday Jun 8th, 2022 9:26 AM 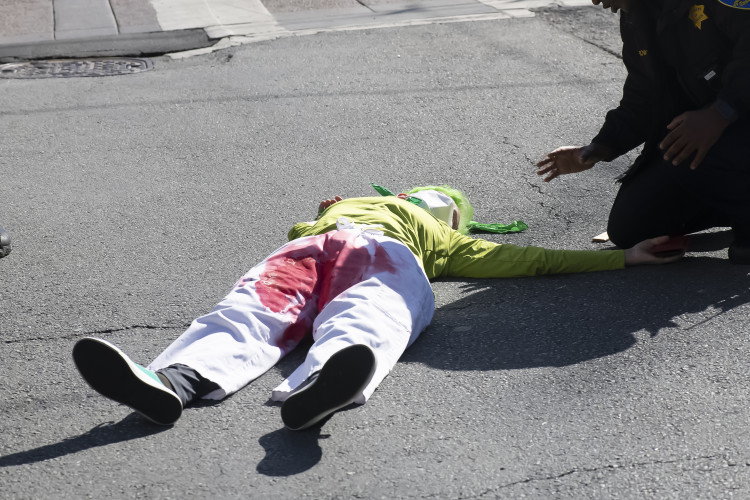 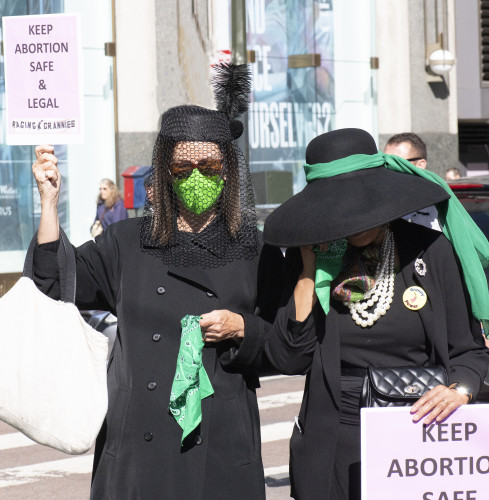 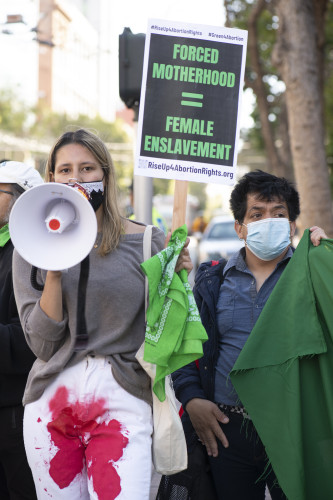 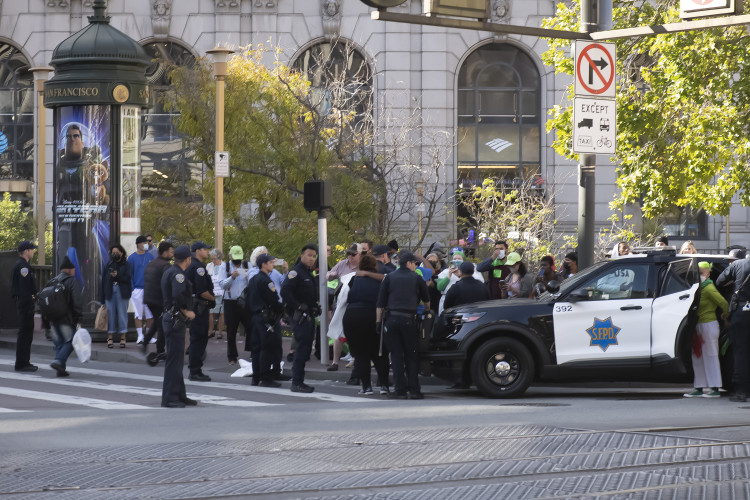 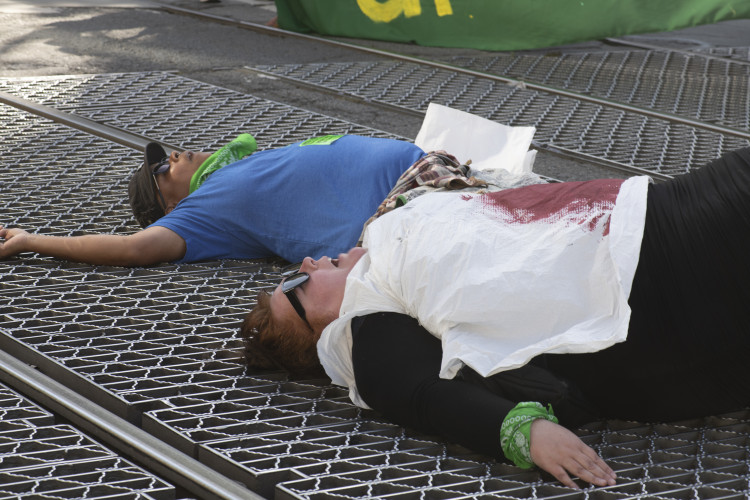 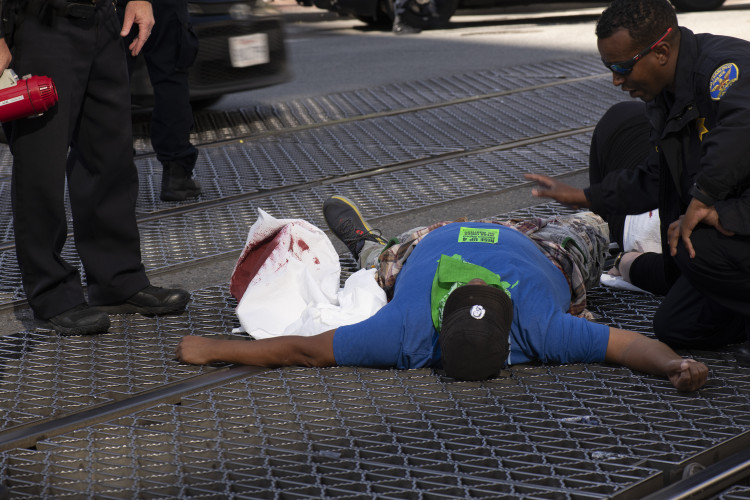 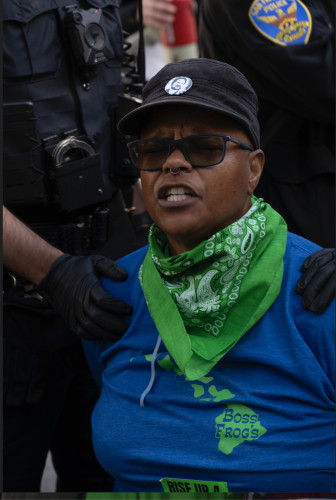 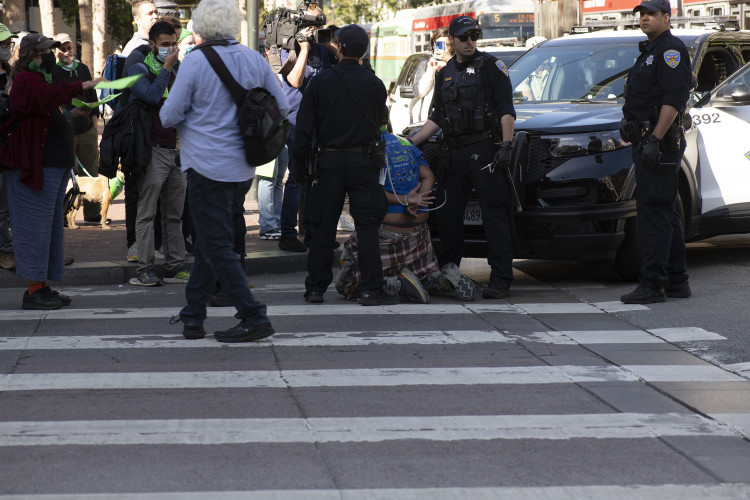 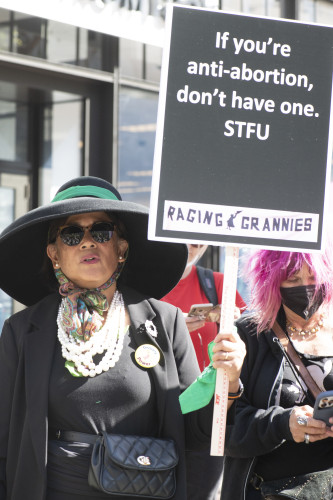 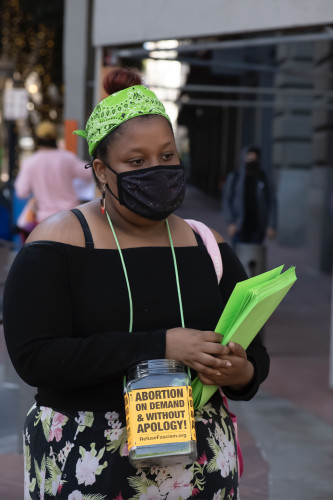 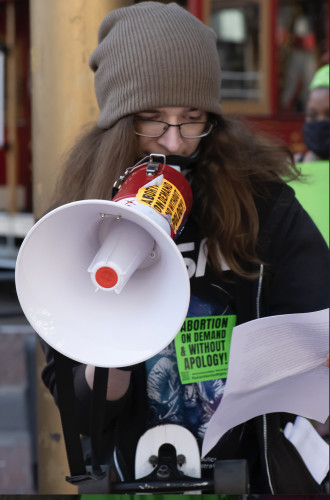 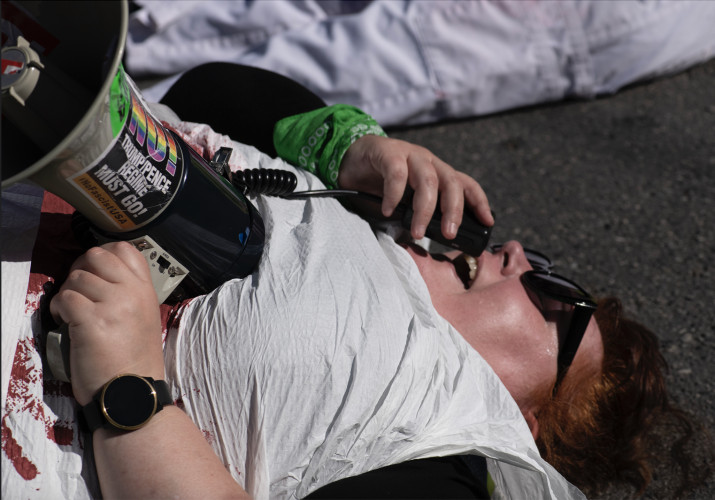 original image (2052x1434)
http://www.riseup4abortionrights.org
Add Your Comments
Support Independent Media
We are 100% volunteer and depend on your participation to sustain our efforts!