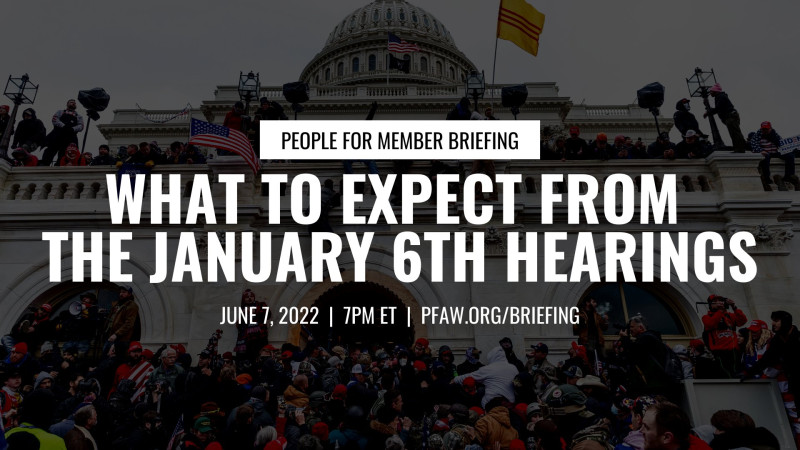 PFAW President Ben Jealous, Senior Fellow Elie Mystal, and experts from our
Right Wing Watch team will bring us up to speed on the events that led to the attempted coup
and what to watch for when the hearings start on Thursday, June 9 at 5 PM PT / 8 PM ET.


The January 6th insurrection was a shocking attack on our Capitol and our democracy, but the events of that day were not spontaneous, and the forces that sought to overturn our democracy then are still actively attempting to subvert future elections.

With the House Select Committee on January 6th scheduled to begin a historic set of hearings on June 9th, during the course of which they will share the results of their nearly yearlong investigation, People For’s Right Wing Watch is hard at work preparing in-depth explainer materials that focus on some of the key operatives and radical right-wing forces behind the insurrection, including Stop the Steal, Christian Nationalism, and the Oathkeepers.

At this webinar we will be discussing a new series of videos giving a primer on the
radical right-wing forces behind 1/6, as well as answering participants’ questions.
Added to the calendar on Tue, Jun 7, 2022 11:28AM
§
by People for the American Way