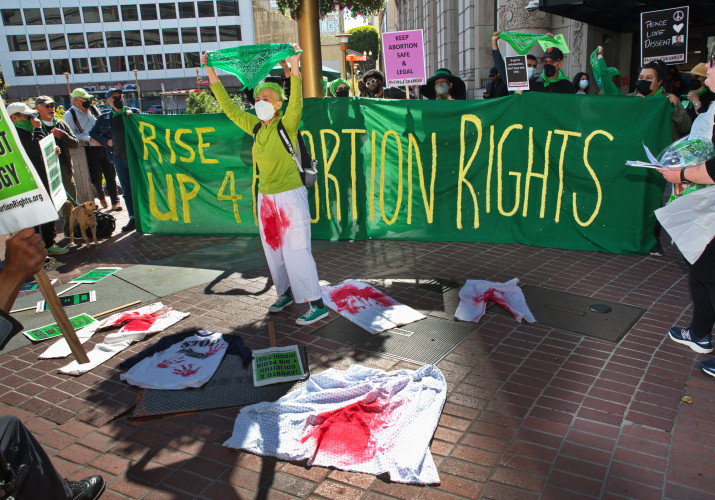 Starting at 4 PM on Monday, women's rights activists unveiled their large green banner, "Rise Up 4 Abortion Right's", on San Francisco's Market Street at Powell. Many wore and waved green, the color of the movement, bandanas.

The House of Representatives is about to hold publlic hearings that may well reveal the former President as also a traitor. The zealots appointed to the "Supreme" Court by that very same criminal are about to condemn millions of women to illegal botched abortions. Many will die. Protesters made the point by wearing white pants splattered with "blood".

With loud drumming and shouting they crossed the street and entered the Westfield Mall. Down the arcade and up the escalators, then down, they cause quite an disruption, staying literally steps ahead of the security personnel.

At the intersection of Market and 5th Street, protesters lay down in a "die in" as others wailed about their "deaths". The many police on the scene completed the tableau. They distributed citations and temporarily detained some who kept shouting slogans and waving their green bandanas as they were led away. The paddy wagon was there but remained unused.

The die in concluded with hugs and congratulations all around. Even the police lieutenant said "everybody did a good job." 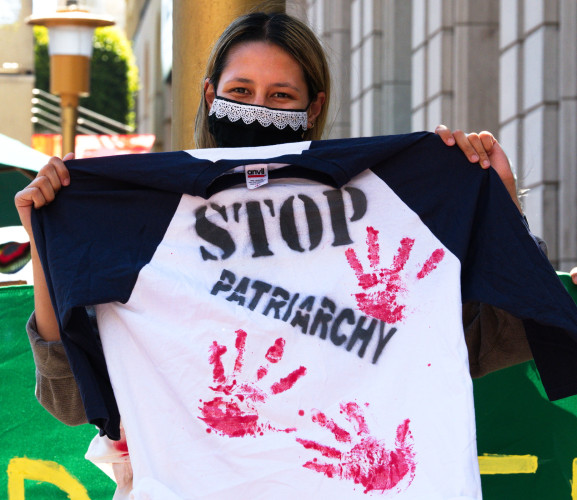 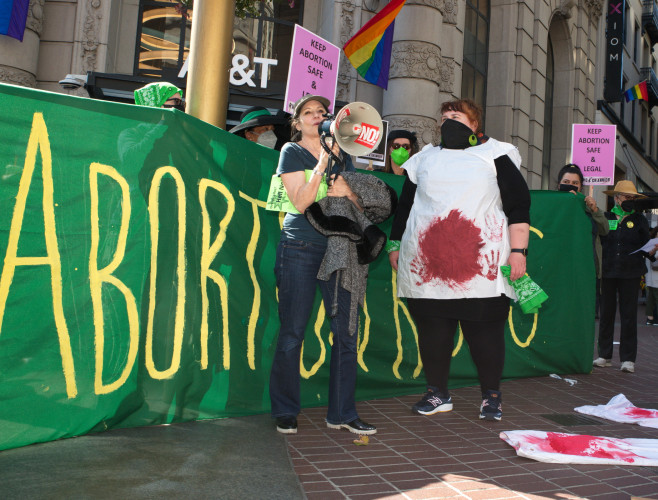 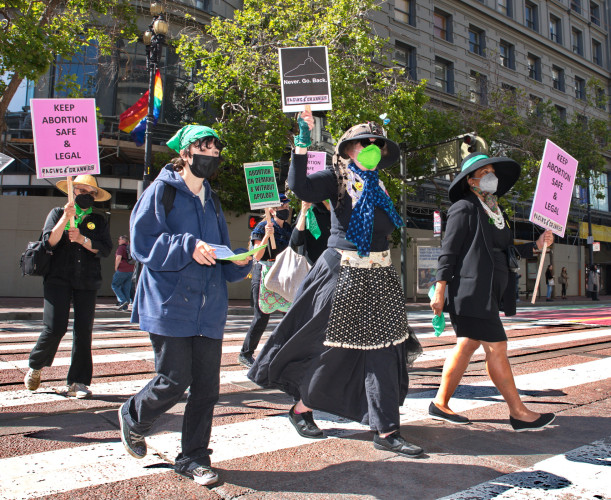 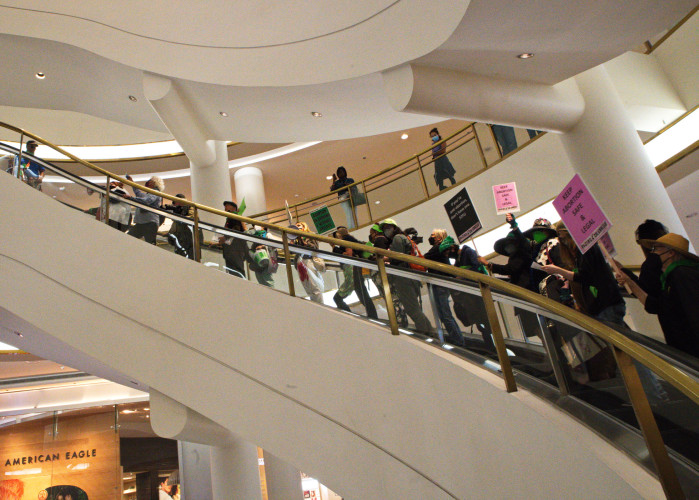 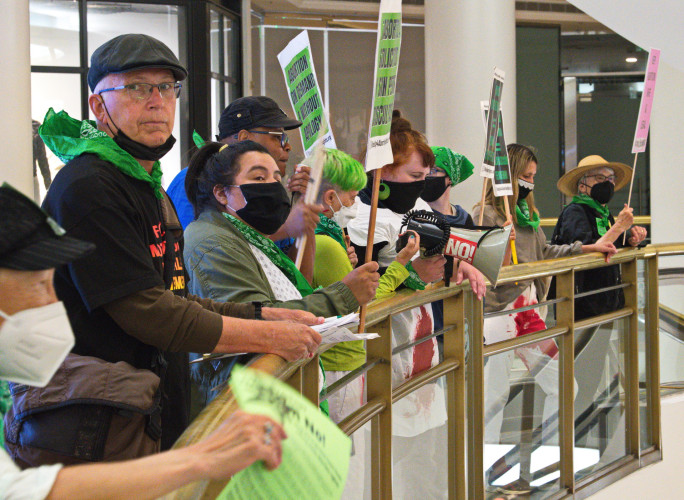 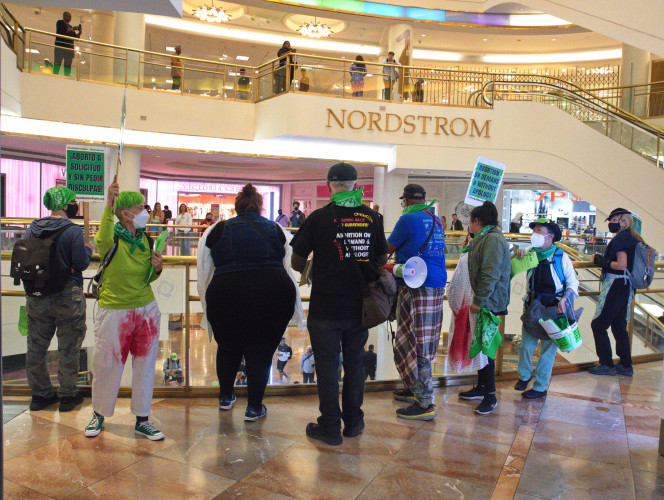 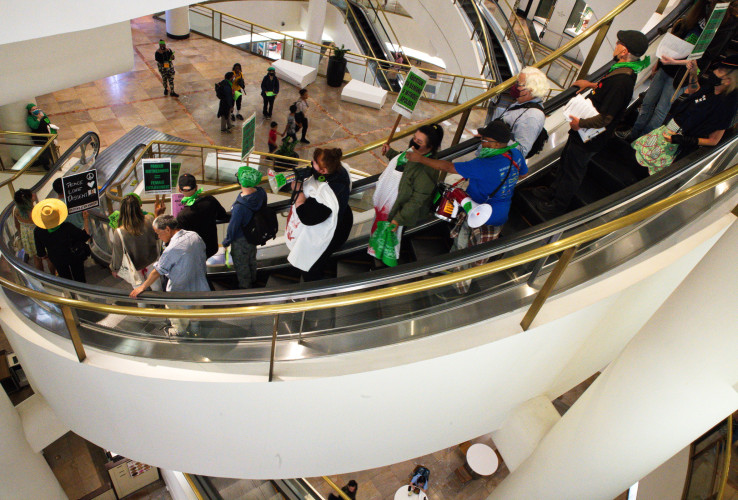 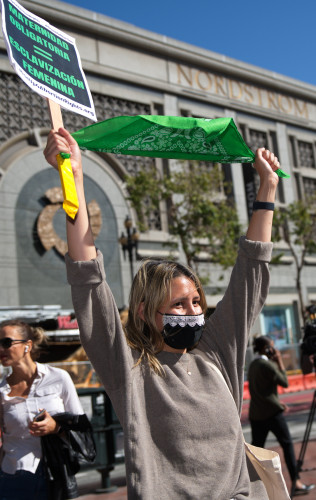 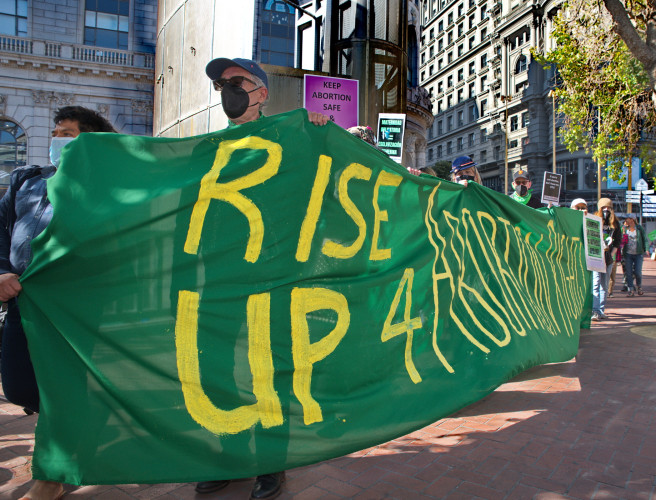 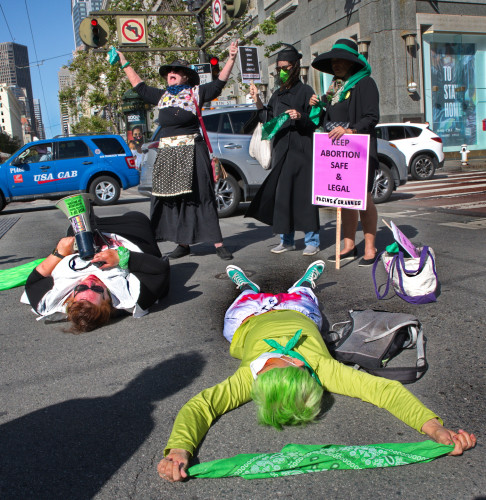 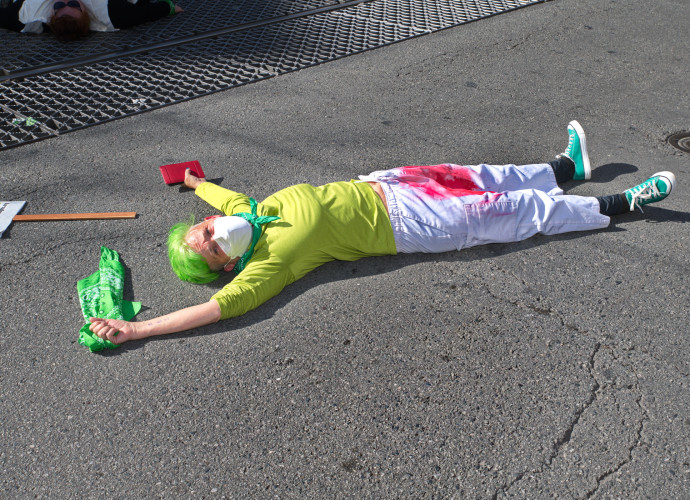 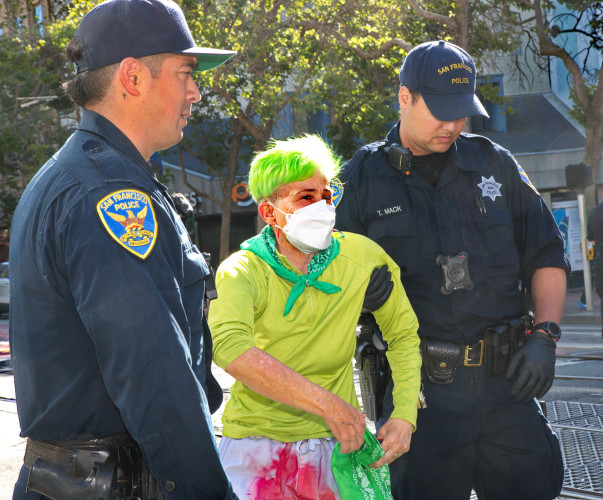 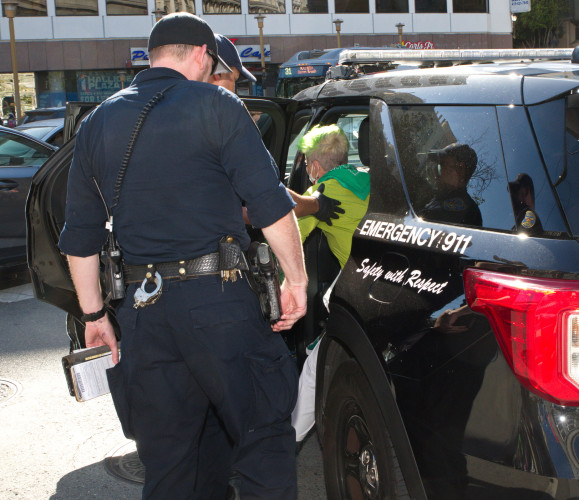 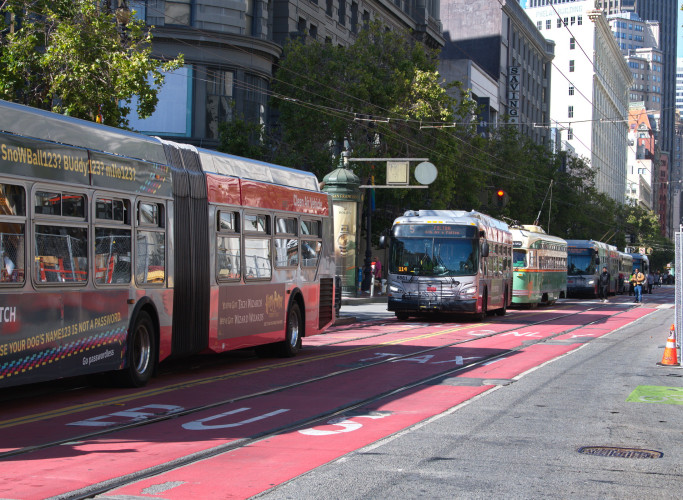 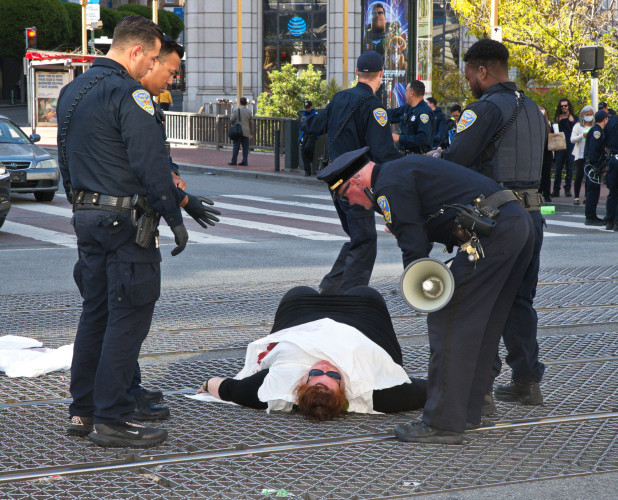 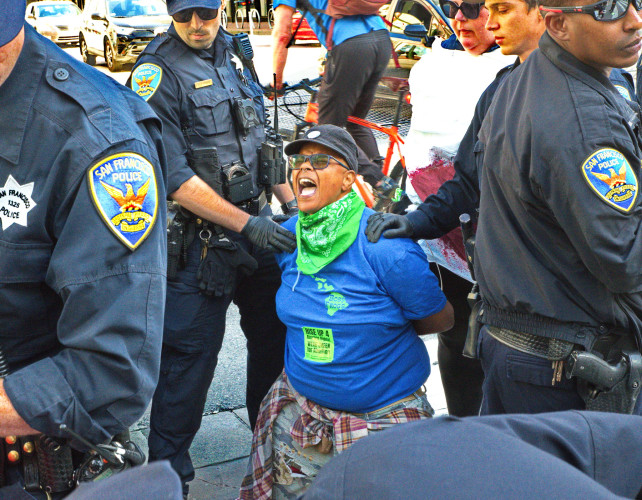 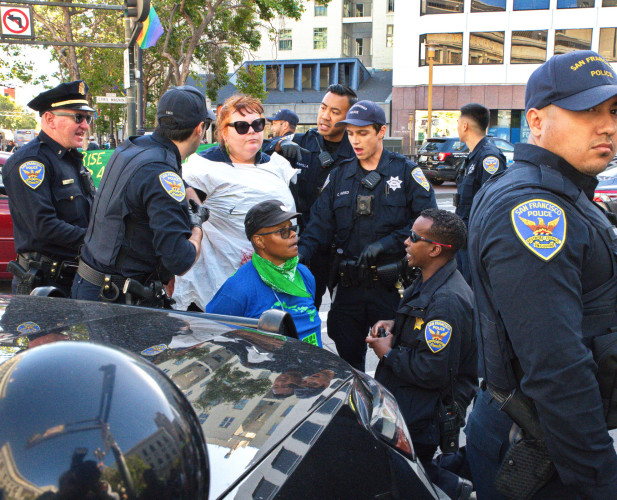 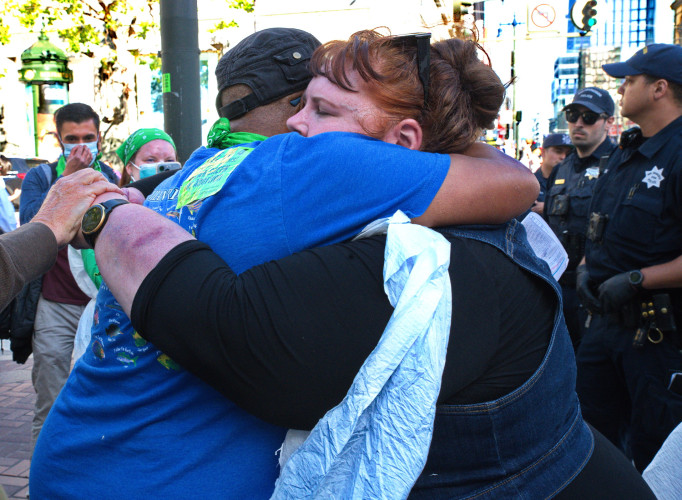 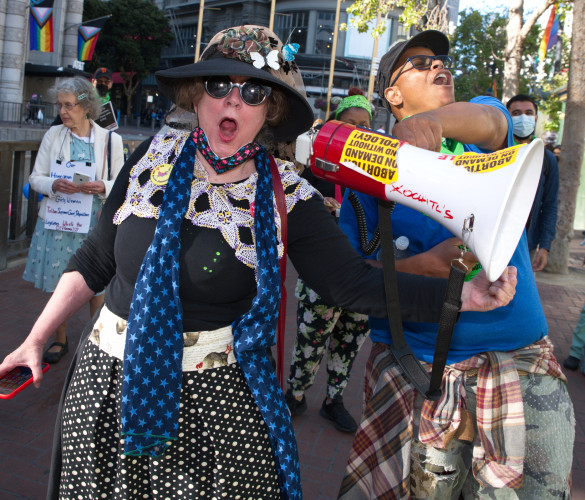 original image (1640x1400)
Add Your Comments
Support Independent Media
We are 100% volunteer and depend on your participation to sustain our efforts!