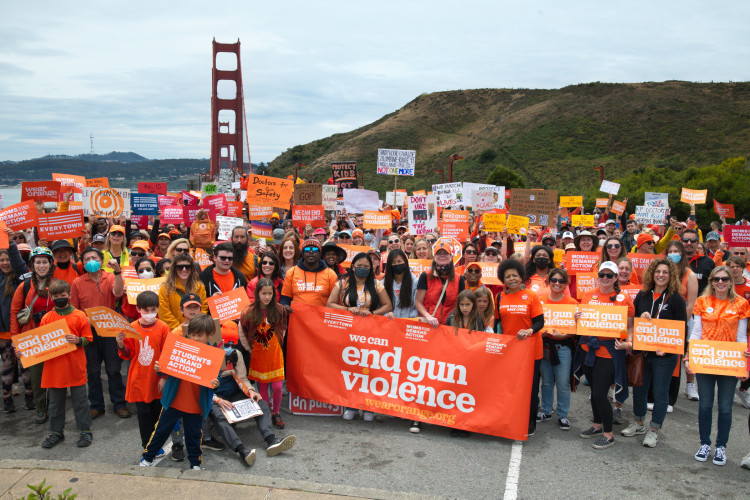 As a criminal Republican Party enables the slaughter of thousands in its quest for a constiuency among the imbecile and violent, people are saying no.

On June 4th, wearing their signature orange, over a thousand people stood up against gun violence in a demonstration at the Golden Gate bridge. This was one of many actions being organized by Moms Demand Action.

The protest assembled at the Golden Gate Bridge Visitor Center and while showing signs and banners to the passing traffic, they marched the 1.7 miles to the overlook on the Marin side and back. Horns blared almost non-stop as motorists indicated support. Many marchers held signs saying "Moms Demand Action". One sign squarely named Republic Senator Mitch McConell as responsible for gun violence. Another was succinct, "enough already!".

At the Marin side plaza, speakers, some of whom had lost loved ones to gun violence, addressed the crowd. All pledged not to stop working to end gun violence till the country regains a place among civilized societies. 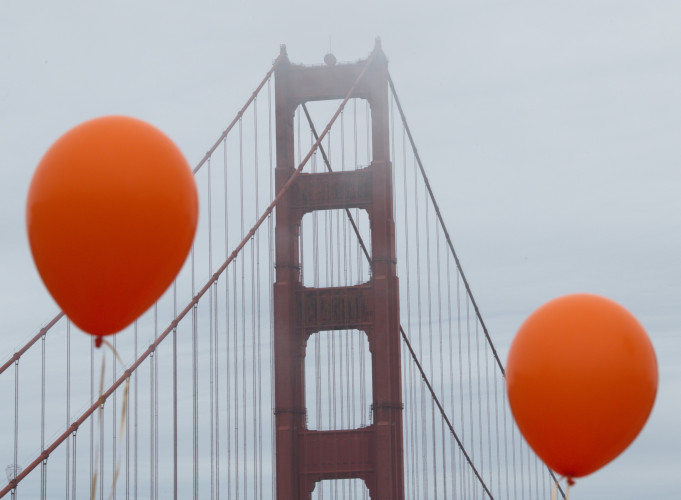 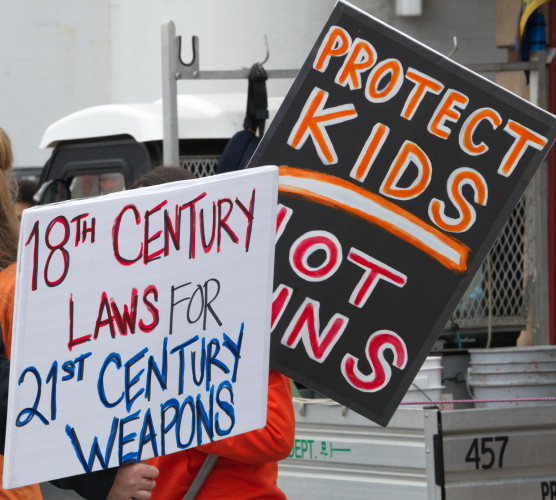 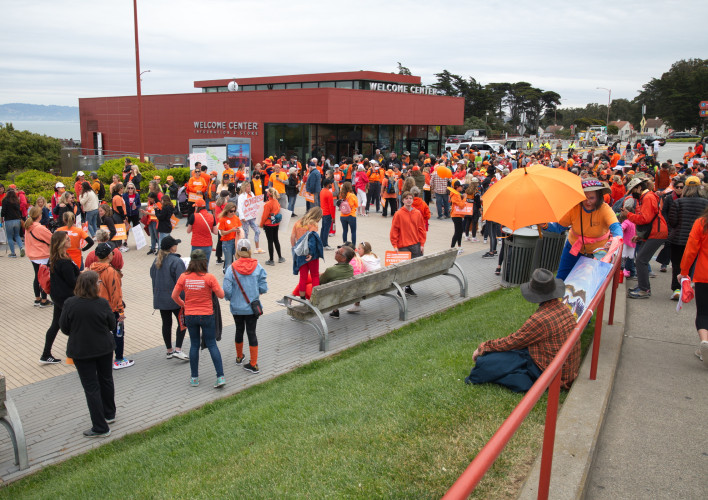 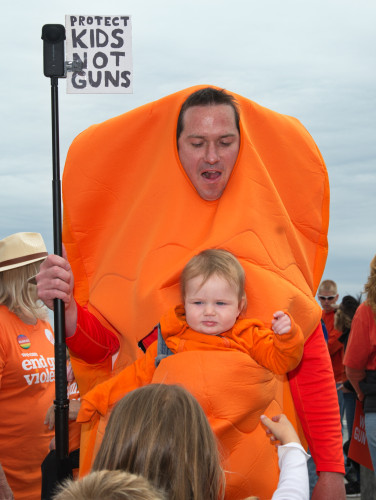 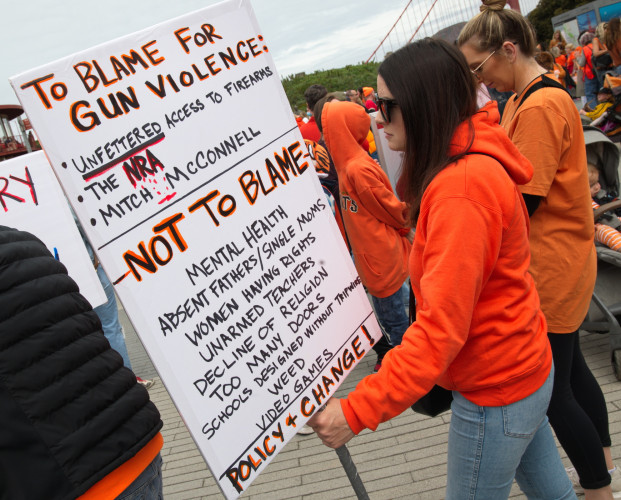 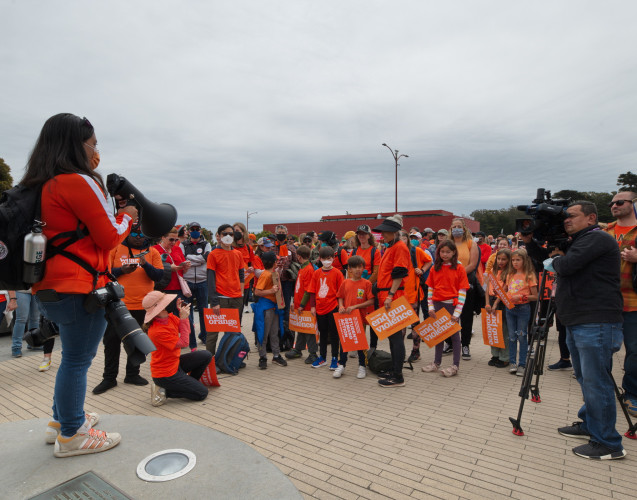 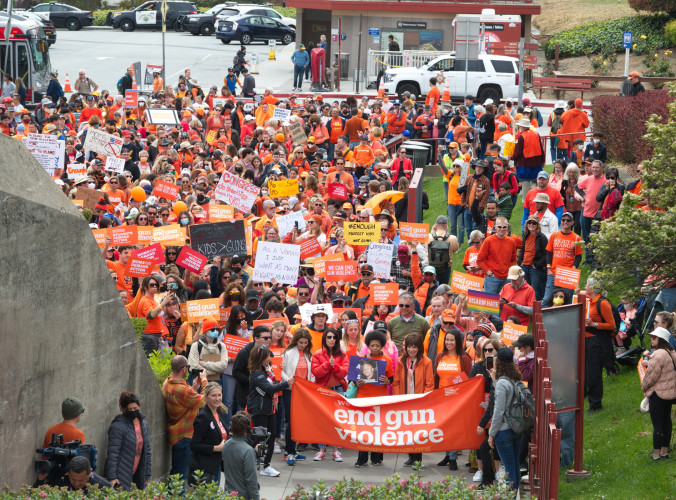 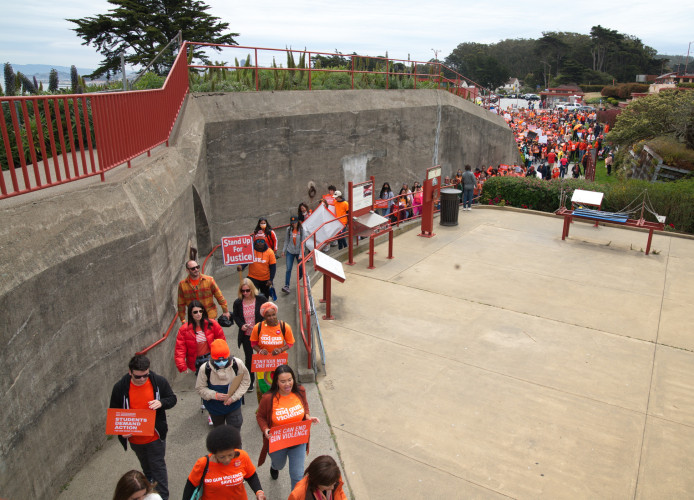 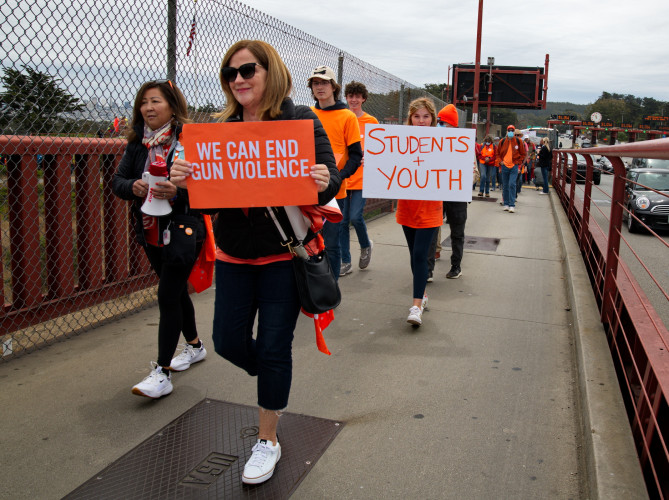 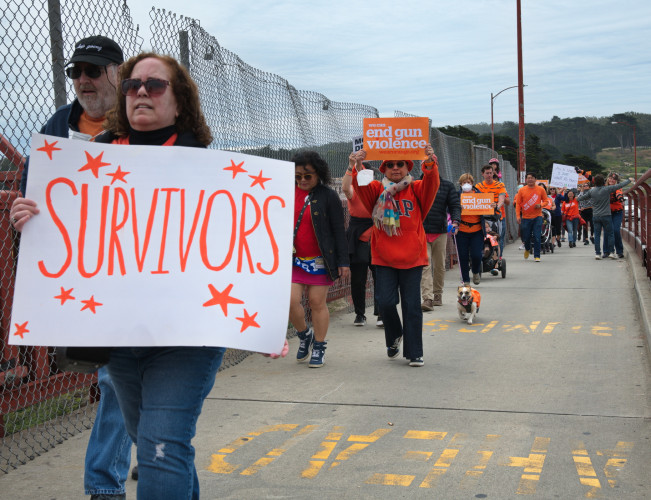 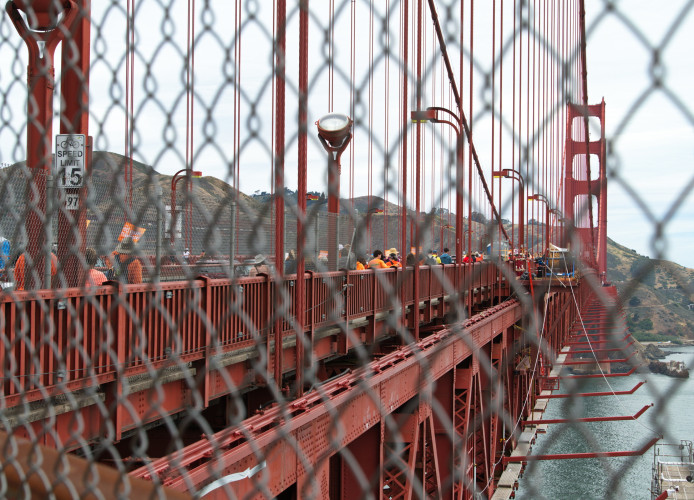 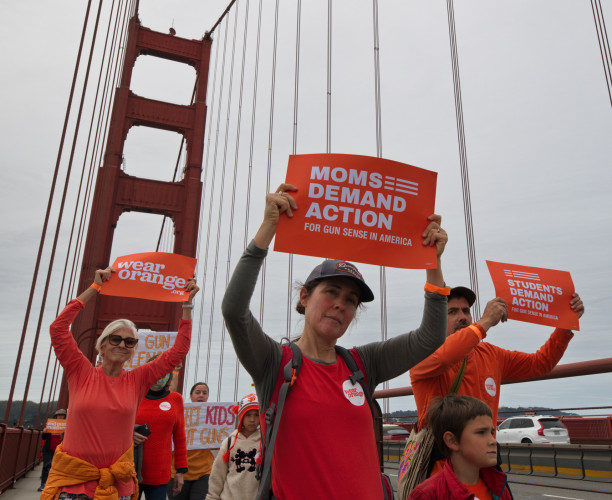 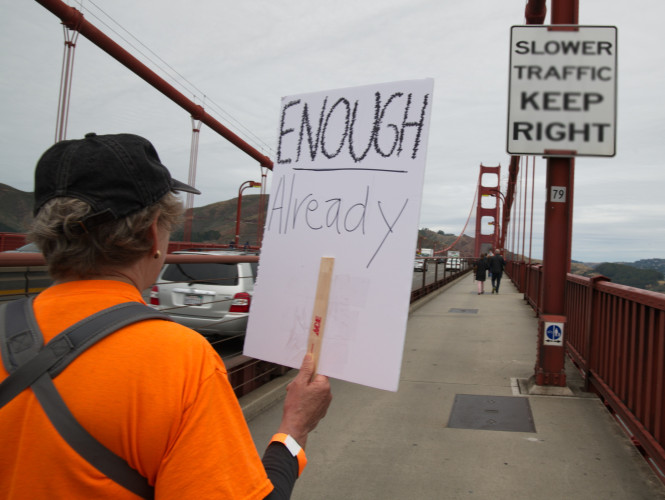 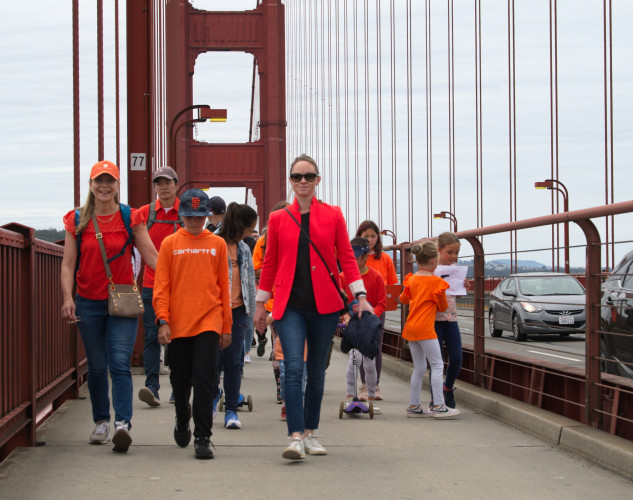 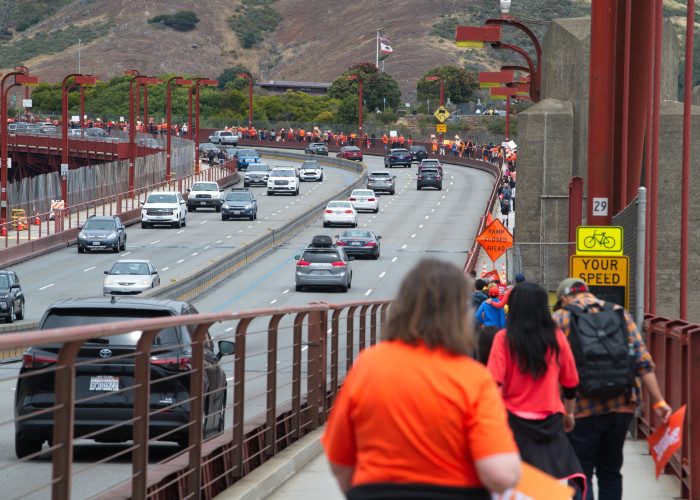 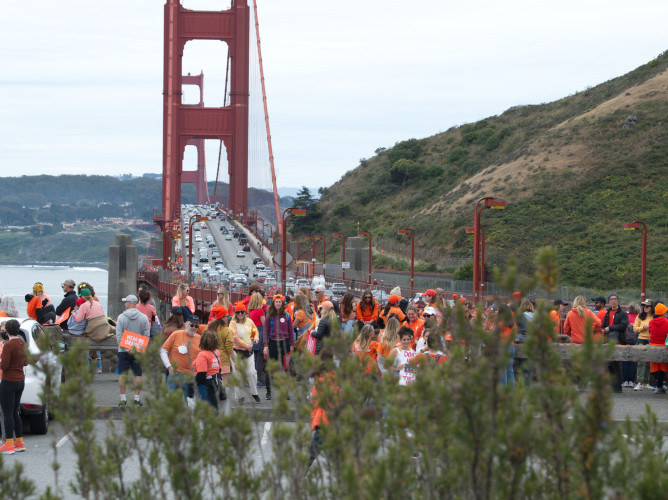 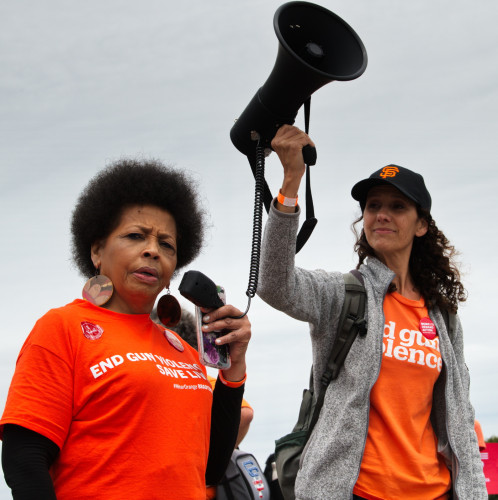 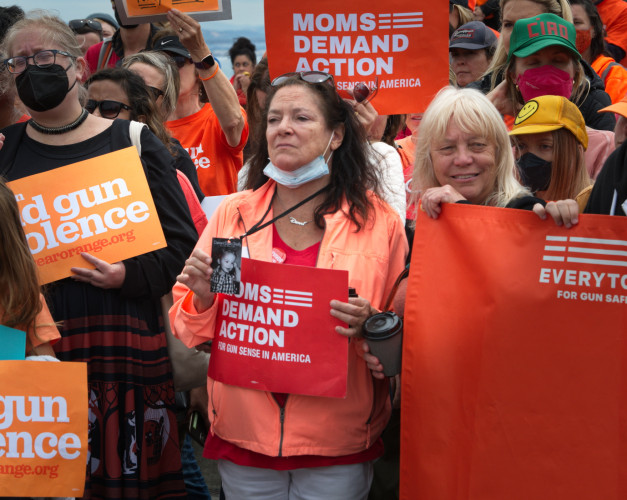 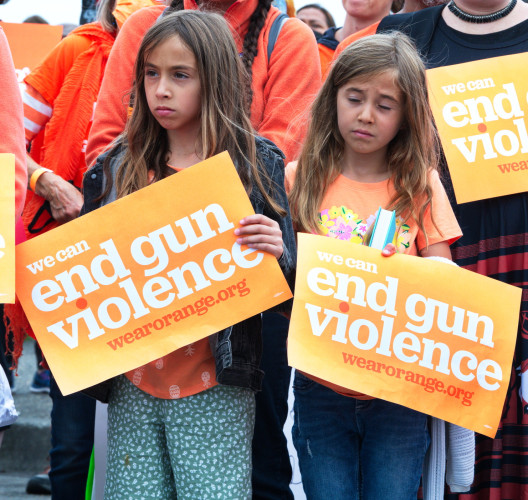 original image (1481x1400)
Add Your Comments
Support Independent Media
We are 100% volunteer and depend on your participation to sustain our efforts!