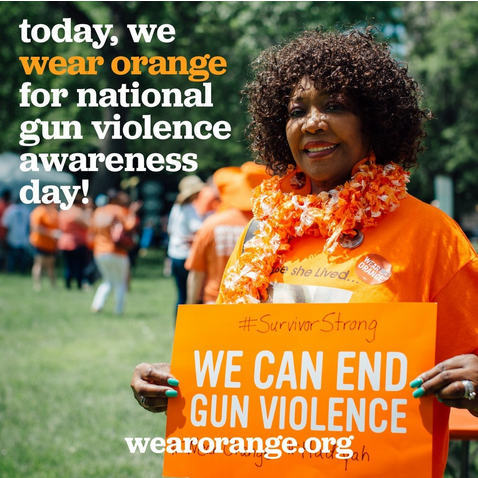 We #WearOrange for the millions of Americans who have been impacted by gun violence, and because a future free from gun violence is possible and worth fighting for. ⁠

Join in posting a pic of yourself to Twitter and/or Instagram where you
are wearing orange and/or holding a sign to End Gun Violence.
⁠
Add Your Comments
Support Independent Media
We are 100% volunteer and depend on your participation to sustain our efforts!