Add an Event
Newswire
Calendar
Features
Home
Donate
From the Open-Publishing Calendar
From the Open-Publishing Newswire
Indybay Feature
Related Categories: East Bay | Media Activism & Independent Media
Oakland Parker School Occupation KPFA & Pacifica: UPTE KPFA LSB Member Lisa Milos Speaks
by Labor Video Project
Tuesday May 31st, 2022 3:32 PM
At the Oakland Parker Elementary school occupation on May 28, 2022, CWA UPTE member Lisa Milos who is also a member of the KPFA local station board spoke out in solidarity with the school occupation and also discussed the attack on Pacifica and the effort to get the FCC to take away the license of New York's WBAI by KPFA LSB PNB director Donald Goldmacher which is supported by the majority of the KFPA local station board. 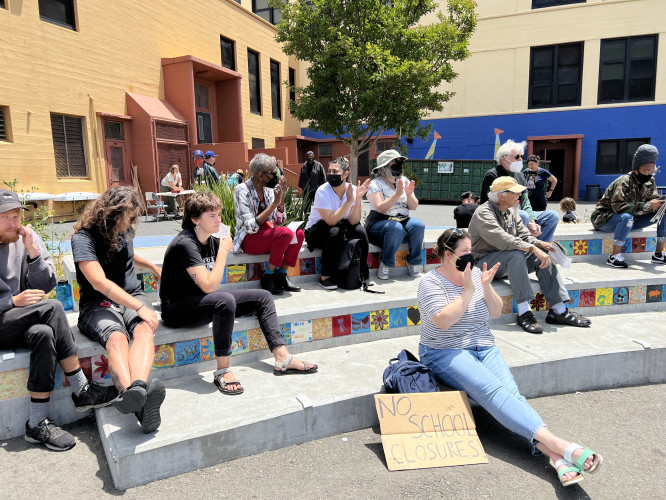 original image (4032x3024)
At a solidarity event for the Oakland Parker Elementary school occupation, Lisa Milos who is a CWA-UPTE member and also a KPFA Local Station Board Delegate spoke out in support of the occupation and also about the fight at KPFA and Pacifica and the attempted shutdown of New York's WBAI and the corporatization of Pacifica. The majority of the KPFA LSB who call themselves "The Protectors" are in support
of an appeal by KPFA board member and PNB member Donald Goldmacher to the FCC to take over the license of New York's WBAI from the members and Pacifica. The LSB and manager Quincy McCoy also refused to support KPFA host and journalist Frank Sterling who faced a police attack and criminal charges could not be supported because according to McCoy, KPFA is not a "political party". McCoy was also personally involved in the illegal shutdown of WBAI and sent $80,000 of KPFA funds to lawyers supporting the shutdown and did this without informing the Local Station Board. 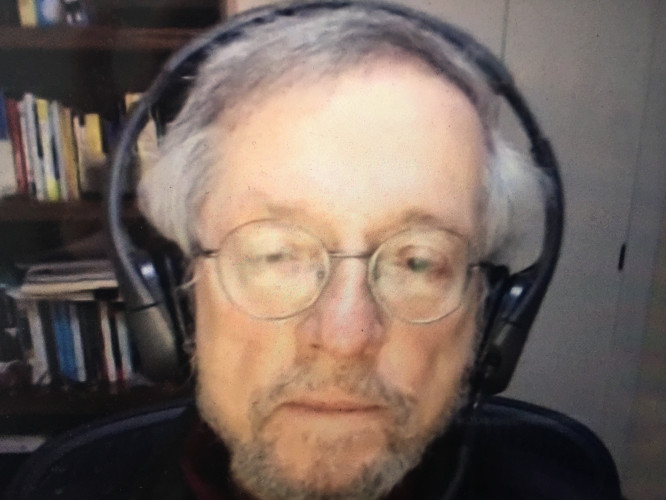 original image (4032x3024)
KPFA's psychiatrist and LSB/PNB member Donald Goldmacher has filed an appeal to the FCC to seize the license of WBAI. He also supported Pacifica going into involuntary bankruptcy and has cost Pacifica tens of thousands of dollars in nuisance lawsuits. He is part of the "Protector's" group at KPFA
https://youtu.be/ZB5XoaEe9Rk
§The Fight To Protect Free Speech At KPFA
by Labor Video Project
Tuesday May 31st, 2022 3:32 PM 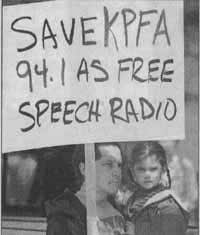 KPFA management with the support of the majority of the Local Station Board have unilaterally shutdown programs and refused to defend KPFA journalist and activist Frank Sterling. The board opposed a resolution calling on the Contra Costa DA to drop the criminal charges against him by the Antioch police and the general manager Quincy McCoy said that KFPA couldn't take a position because KPFA wasn't a political party. They also supported a resolution of support for Julian Assange and for him to be freed.
https://youtu.be/ZB5XoaEe9Rk
§KPFA Management and Majority of Board Oppose More Labor & Community Programs
by Labor Video Project
Tuesday May 31st, 2022 3:32 PM 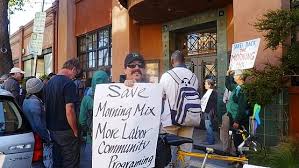 Instead of providing live coverage of the Oakland Parker Elementary school occupation and major labor events like Juneteenth and May Day, management is unilaterally removing community and labor programming to become more like NPR.
https://youtu.be/ZB5XoaEe9Rk
§No Feds Take-over
by Labor Video Project
Tuesday May 31st, 2022 3:32 PM 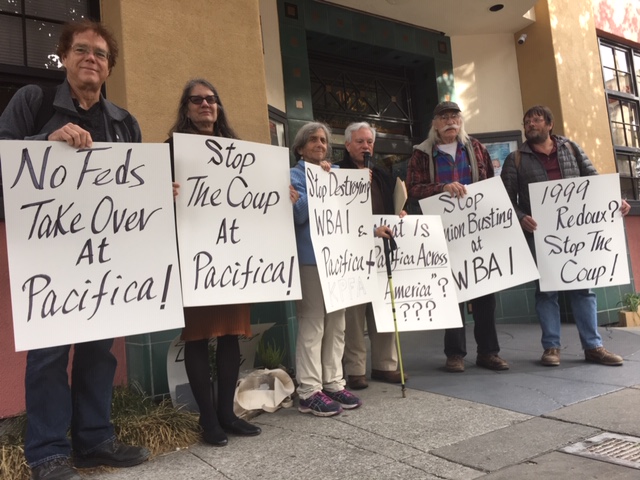 KPFA "Protectors" are now supporting the government's FCC taking away the license of Pacifica's WBAI. They also have filed numerous nuisance lawsuits costing Pacifica hundreds of thousands of dollars. These legal tactics are used by corporate raiders who want to take over companies by bleeding them.
https://youtu.be/ZB5XoaEe9Rk
Add Your Comments
LATEST COMMENTS ABOUT THIS ARTICLE
Listed below are the latest comments about this post.
These comments are submitted anonymously by website visitors.