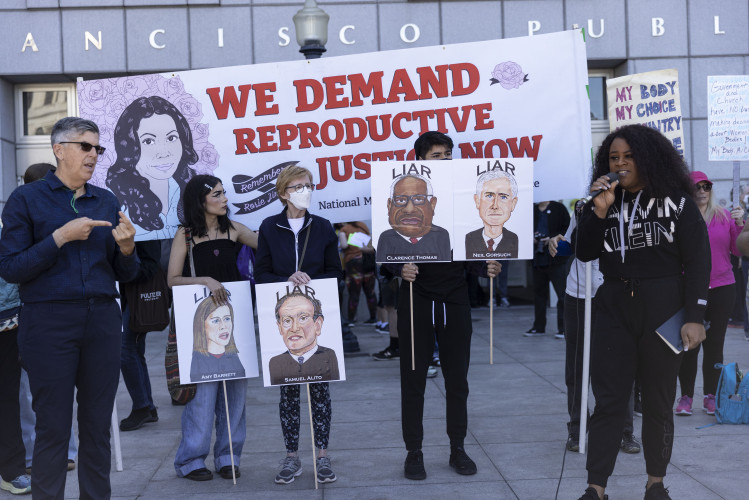 original image (3150x2101)
The National Mobilization for Reproductive Justice-SF is calling for everyone in the San Francisco Bay Area who supports legal abortion to protest on the streets when the Supreme Court issues its decision on the pivotal Dobbs v. Jackson Women's Health Organization case. The preview of the decision already created a huge wave of protest in the streets the day after it was leaked because of the threat to landmark 1973 Roe v. Wade decision.

Street protests will be held at 5pm on the day of the US Supreme Court announcement.

Organizers say that Roe v. Wade is the floor not the ceiling and that no matter what the SCOTUS decision is they will protest as they continue to defend Roe and call for its expansion. They say that the Hyde Amendment, that bans use of federal funds for abortions, must be removed for starters.

For demos in other cities including NYC, Phoenix, and Seattle visit website here.


END_OF_DOCUMENT_TOKEN_TO_BE_REPLACED
Add Your Comments
Support Independent Media
We are 100% volunteer and depend on your participation to sustain our efforts!