by Labor Video Project
Parents, students, teachers and community members have occupied Oakland Parker Elementary school to stop it's closure. The OUSD board has voted to close Parker and 10 other schools while opening and expanding charters. 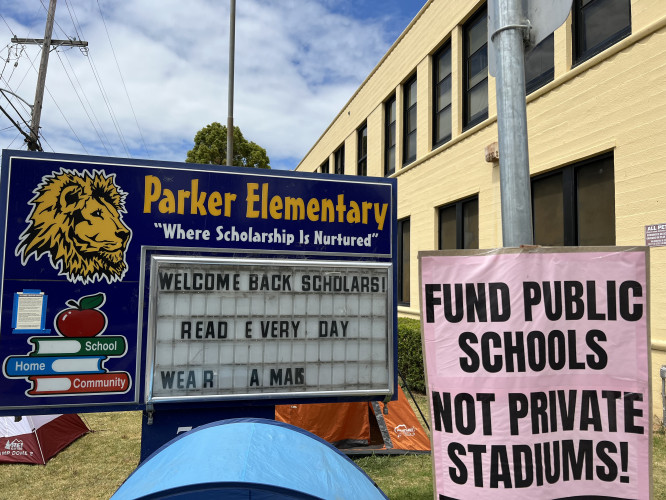 original image (4032x3024)
Parents, students and community members have occupied the Parkers Elementary school which is to be close by the Oakland School board along with 11 other schools.

An OEA teacher Gregorio Gutierrez and a school resource worker Timothy Killins talk about the occupation of the Parker Elementary in Oakland school district. It was occupied by students, parents with the support of teachers and the community on Wednesday May 25, 2022.
They also discussed the systemic racism, charters, privatization and the role of schools that are fighting the attacks.. Also discussed was the failure of the OEA/CTA leadership to organize a fight against closures and also unite districts throughout the state who face similar attack.

Also Gregorio Gutierrez who is a teacher and former US Marine who served in Iraq talks about the massacres, guns and arming teachers as well as profiteering by the gun industry.

This interview was done on 5/28/22 on community 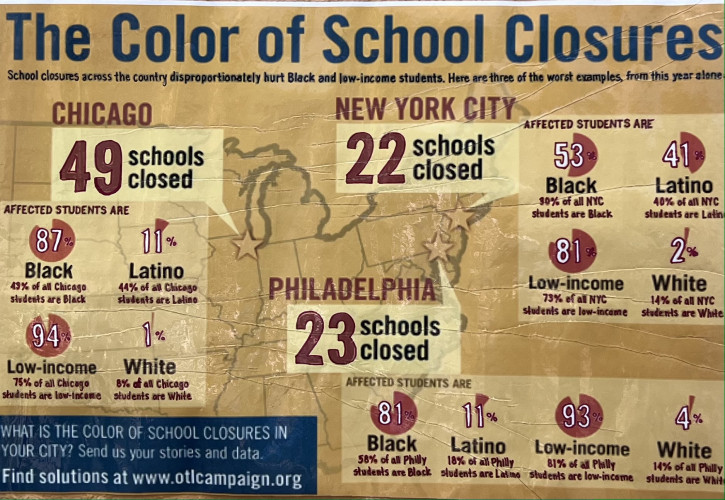 original image (1875x1293)
The shutdown of public schools in Black and Brown working class communities is happening nationally and part of the fight at the Parker Elementary School in Oakland.
END_OF_DOCUMENT_TOKEN_TO_BE_REPLACED
§Students Doing Art Work At The Occupied School
by Labor Video Project 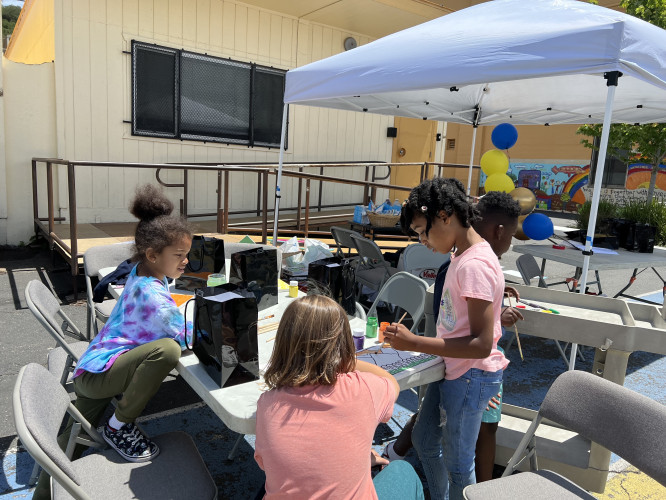 original image (4032x3024)
Students were doing art work during the occupation. The closure of the school would attack the most important center for the community and is being pushed by developers who want the land for million dollar homes. The expansion of charters and privatization pushed by the Democratic Party is escalating in Oakland and statewide said participants.
END_OF_DOCUMENT_TOKEN_TO_BE_REPLACED
Add Your Comments
Support Independent Media
We are 100% volunteer and depend on your participation to sustain our efforts!