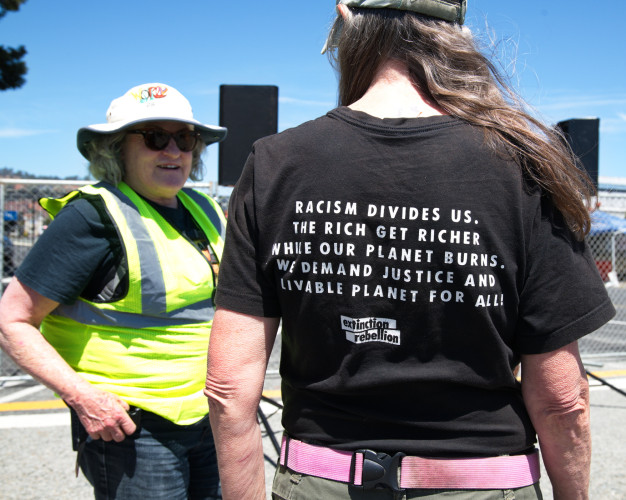 Several hundred environmentalist demonstrated on Saturday at gate 14 of Chevron's Richmond refinery in the ninth yearly anti-Chevron action. The action is just before the annual stockholders meeting. Among the Issues addressed were Chevron's devastation of the Amazon and other lands, their support of the Myanmar military, and their wealth being used to corrupt judges and governments through the world.

As if to underline Chevron's impact on the local environment a fire broke out in one of their warehouses not far from gate 14. With 500 workers on strike since March 20, they claim that safety at the refinery has been compromised.

Demonstrators painted a large ground mural that said "STAND UP TO CHEVRON BIG OIL". There were many large banners and flags. Speakers include Native Americans, local politicians and Steven Donziger, recently out of prison due to his years of combat against the corporate oil giant. He spoke about how powerful corporations threaten democracy.

Chevron corporation is the second-largest oil company in the U.S. Headquartered in San Ramon, it is the third-richest corporation in California and is active in more than 180 countries. Chevron also holds the dubious distinction of creating more greenhouse gas emissions than any other investor-owned oil company in history. It’s management also has a well-deserved reputation of employing vicious, unethical, and in many cases illegal intimidation tactics against its critics, including frontline communities, the environmental and human rights community, journalists, and even its own investors.

In 2021, Professor Nan Greer released a 100 page report about the many cases brought against Chevron by affected communities and other nations for its operations. Greer determined through her research that there are a total of 70 ongoing cases around the world in 31 countries against Chevron in Africa, Asia, the Middle East, Latin America and beyond. Of those, only 0.006% of required fines, court judgments, and settlements have been paid, or about $286 million. Another $50.5 billion is still pending. 71% of the cases against Chevron involved grave violations of rights to land, life, and safety. Nearly two-thirds concerned severe human rights abuses, including torture, forced labor or slavery, rape, and murder.

Chevron’s Legacy of Pollution and Political Corruption in Richmond, CA

The Chevron Richmond Refinery has operated for over 100 years and has negatively impacted the environment of the city and health of its inhabitants. In 2012 a massive explosion sent 15,000 local residents to the hospital and Chevron was found criminally liable for several EPA regulations. Constant flaring continues to adversely affect the local community. In 2014 Chevron spent millions of dollars to influence the Richmond City Council elections to try to elect its own members to influence local politics in its favor. It lost as every one of its candidates was defeated by a nationally recognized grassroots organizing effort.

Chevron settled a suit with the City of Richmond in 2018 for a meager $5 million. It continues to wage a disinformation campaign with local residents including the maintenance of an online “news” website called the Richmond Standard. Chevron has also paid the notorious San Francisco public relations firm of Singer Associates to spread false information and attack its critics on social media.

In 2022 United Steel Workers Local 5 Oil Workers went on strike after Chevron failed to negotiate a contract that reflected their demands for worker safety and pay increases that reflect cost of living changes in the Bay Area. Chevron denied the worker’s offer to safely and orderly shut down the refinery, but Chevron continues (as of May 2022) to run the refinery with under trained workers, leading to increases in flaring events.

While operating under its Texaco brand from 1964 to 1992, Chevron admitted it deliberately dumped over 16 billion gallons of toxic waste as a cost saving measure and spilled 17 million gallons of crude. The first oil company to ever drill in the Amazon, it created an “Amazon Chernobyl” and its legacy of toxic contamination continues to this day as close to 1000 oil waste pits remain. Chevron refuses to clean up nor pay the $9.5 billion Ecuadorian judgment issued in 2011 after Indigenous and campesino communities won the largest environmental judgment of its kind against any U.S. oil company. Rather than pay, Chevron has since attacked the lawyers, blasted the entire Ecuadorian judiciary, and countersued the very people whose lands it had polluted.

As part of its retaliation against the Ecuadorians who won the epic $9.5 billion judgment Chevron filed a SLAPP suit (strategic lawsuit against public participation) against human rights lawyer Steven Donziger who helped lead the Ecuadorians suit against Chevron. Chevron, and their lawyers at Gibson Dunn & Crutcher bribed their key witness – disgraced former Ecuadorian judge Alberto Guerra – who admitted he lied on the stand about an alleged bribe and ghostwriting of the Ecuadorian judgment. Based on that testimony Chevron won its case in the U.S., prevented the Ecuadorians from enforcing the judgment in the U.S. and orchestrated the disbarment, arrest and conviction of Donziger for contempt of court. Donziger served close to 1000 days of house arrest for a petty misdemeanor and his detention was determined to be arbitrary and a human rights violation by the United Nations Working Group on Arbitrary Detentions. Despite global outcry, including from members of the U.S. Congress, President Biden and Attorney General Garland have refused to intervene.

Doing Business with Genocide in Burma

Chevron, in partnership with Total, PTT, and Myanmar Oil and Gas Enterprise (MOGE), holds equity in one of the largest investment projects in Myanmar (Burma): the Yadana gas field and pipeline that has generated billions of dollars for the Myanmar military junta. Together, Total and Chevron have a majority controlling interest in the Yadana project. Since it seized power in the February 2021 coup d’etat, the Myanmar military now holds total control over MOGE. The United States and United Kingdom have imposed sanctions against Myanmar military-owned companies. The Myanmar military has a long history of egregious human rights abuses, particularly against ethnic minorities. In August 2017, a military crackdown caused an estimated more than 700,000 Rohingya to flee to neighboring Bangladesh where they remain to this day. The U.S. Holocaust Memorial Museum has reported that the Rohingya remain at grave risk of additional mass atrocities and even genocide.

Since the February 2021 military coup, the Blood Money Campaign by Myanmar and international civil society organizations has organized protests, consumer boycotts, and media pressure against companies, including Chevron, that provide financial support to the military junta. The International Coalition for the Responsibility to Protect (ICRtoP) monitors countries worldwide for instances of serious crimes under international law including genocide, war crimes, ethnic cleansing, and crimes against humanity. ICRtoP lists several countries, cited by the United Nations and civil society organizations, in which Chevron is currently producing oil and gas: Burma (Myanmar), Democratic Republic of Congo, and Nigeria.

Beginning in the 1960s through today, Chevron and its subsidiaries managed unparalleled global oil and gas extraction amid accusations of criminal abuse, industrial crimes, and environmental destruction. In Nigeria, deposits of crude oil litter canal wetlands of multiple indigenous groups in the Niger Delta still today, with the Tsekelewu Ijaw community, the Ogoni and Oljaw, and indigenous women of the Aja-Omaeta and Escravos groups (over 500,000 people) losing life, livelihoods, homes, land, and food. With cases extending from the 1960s through the 2000s, each group found Chevron out-litigating them. Chevron continues drilling on their lands producing well and drill fires, five documented in 2019. In response to economic and environmental damage from Chevron’s activities, the Ilaje people staged a nonviolent protest and were attacked by “mobile police” hired by Chevron, the company was sued in the U.S. and denied liability for community deaths and brutality from the incident. This pattern was repeated throughout other African countries in which Chevron/Texaco worked.

In Australia, Chevron focused their activities on a wildlife island known as “Australia’s Ark,” with 24 of the island’s native species found nowhere else on earth. In 2003 the Environmental Protection Authority recommended against the Gorgon LNG expansion and… opposed Chevron bringing gas onshore to Barrow from its Jantz and Gorgon deep-sea fields, northwest of the island (News Australia, 2015).

In early 2020, the Australian government ruled against Chevron over illegal emissions at the Gorgon LNG plant. Arguing over the time period of emissions burial targets, Chevron stated it would be impossible to meet the 80% target for carbon sequestration and should not have to pay for carbon reduction projects to make up for their deficit. The company would be required to pay for offsets of $100 million for carbon dioxide emissions released. Chevron reportedly vented over 8m tonnes of CO2 into the atmosphere in the first three years of its operation.

Chevron Continues to Refine Crude from the Amazon

Amazon crude destroys the environment, violates human rights at every step of the supply chain, and affects our climate’s future. When extracted, it affects the ancestral territories of Indigenous communities – the world’s best protectors of the rainforest and its vast biodiversity. In the Amazon, the oil industry causes deforestation and pollution, violates Indigenous peoples’ rights, and spreads corruption.

Chevron Lies About Its Response to Climate Change

In 2020 the majority of Chevron’s shareholders voted in favor of a resolution calling for the company to report on how its lobbying—direct and through trade associations—aligns with the Paris Agreement’s goal of limiting global warming to well below 2 degrees Celsius. Chevron recently, and quietly, released its 2020 climate lobbying report.

Kathy Mulvey of Union of Concerned Scientists said, “Chevron falsely proclaims that the lackluster positions it takes on climate policy line up with the Paris Agreement. The company further asserts the climate-related positions taken by each of the trade associations to which it belongs are in alignment with the company’s stated positions. But the problem is that both Chevron’s and the trade association’s positions fall far short of what’s necessary to meet the Paris Agreement’s goals. Chevron’s direct and indirect lobbying has delayed and may continue to obstruct progress. Shareholders should roundly reject this report and send Chevron back to the drawing board. Corporate reporting on climate policy advocacy and lobbying is fast becoming the norm among European oil and gas companies and Chevron should not be allowed to make a mockery of such reports.”

The potential use of civil RICO as a weapon against civil society organizations became seductively clear to corporations after Chevron was ordered by Ecuador to pay $19 billion in compensation for dumping toxic wastewater, hazardous waste, and crude oil in the Ecuadorian Amazon.

Chevron also used its RICO lawsuit to name a number of environmental organizations, journalists, and shareholder activists as “non-party co-conspirators.” The company pursued sweeping subpoenas to gain access to the internal communications of those organizations and individuals, in an effort to intimidate and suppress the free speech of those speaking out against Chevron’s actions. 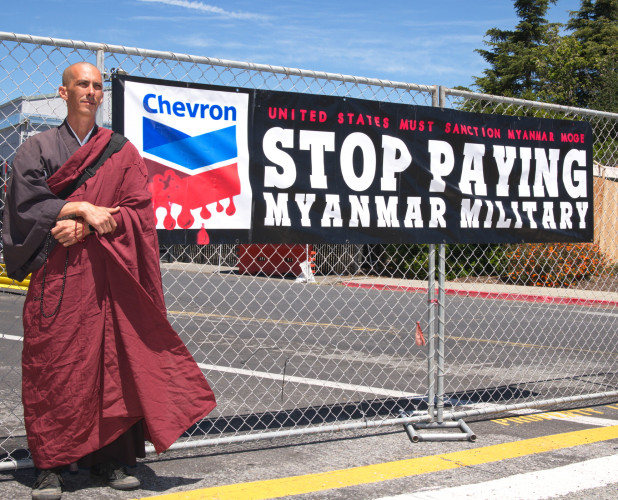 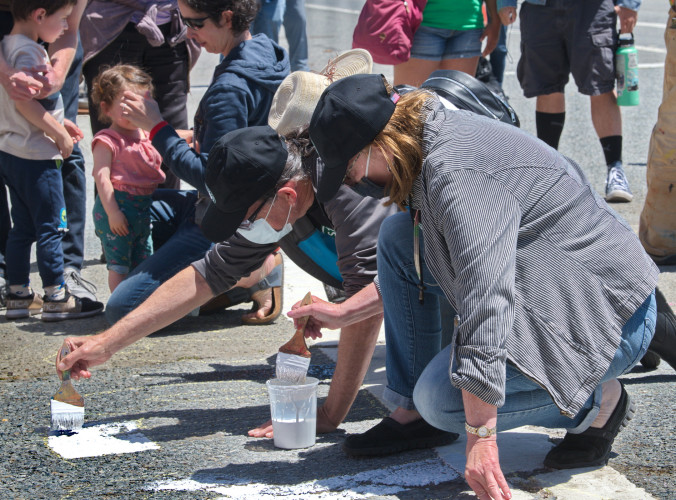 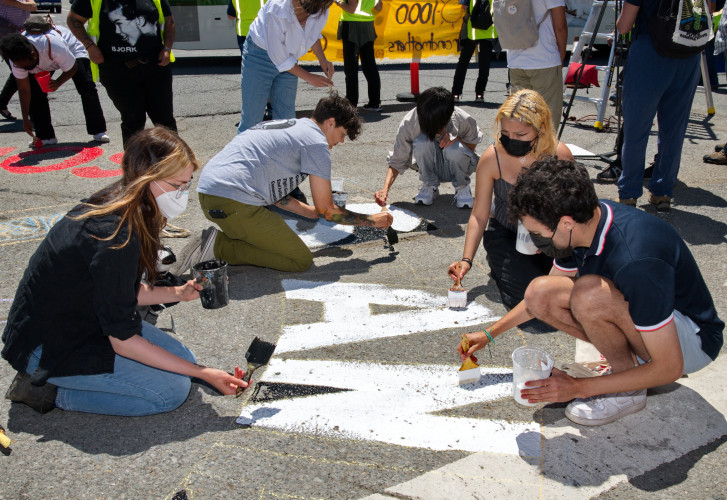 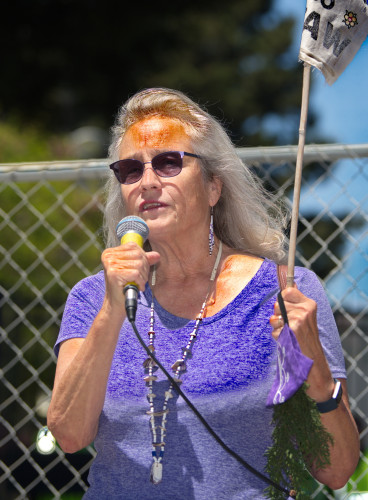 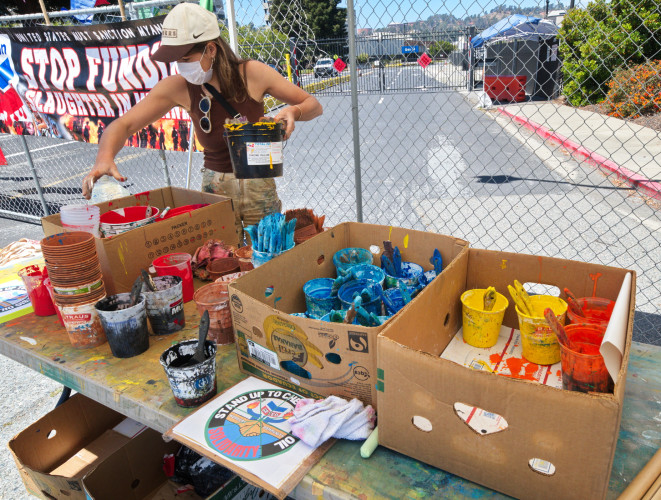 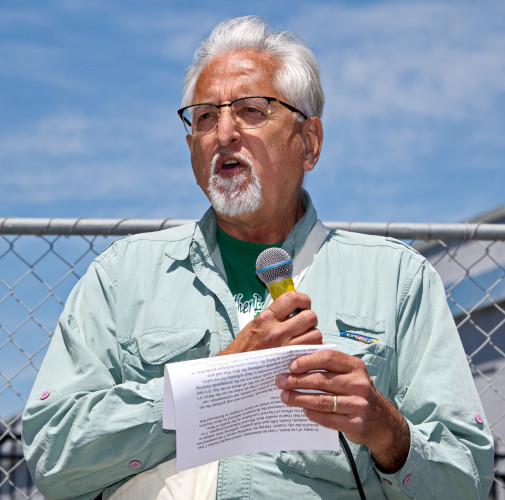 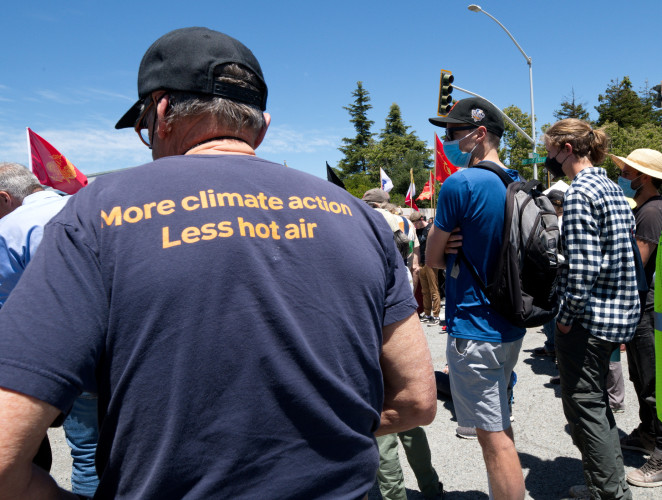 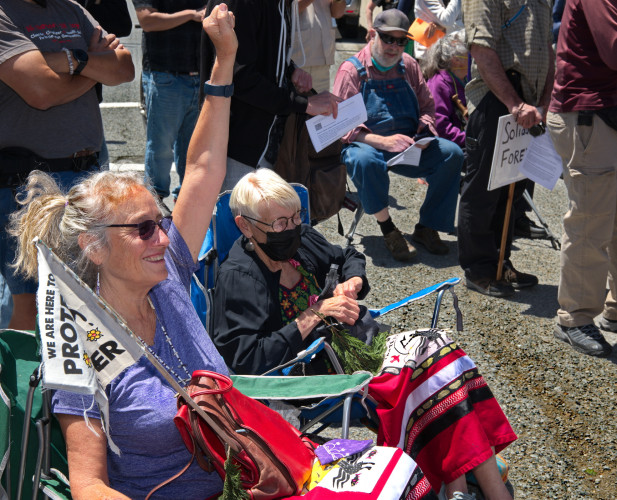 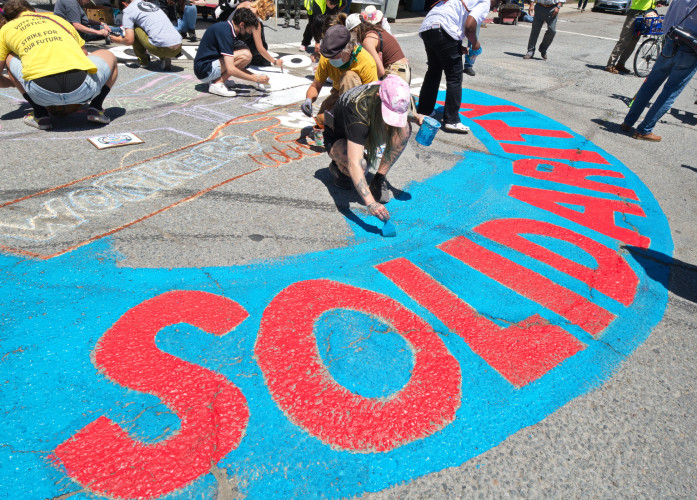 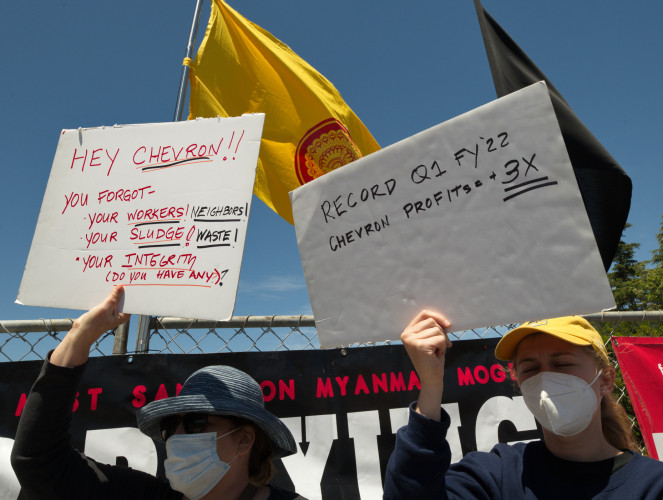 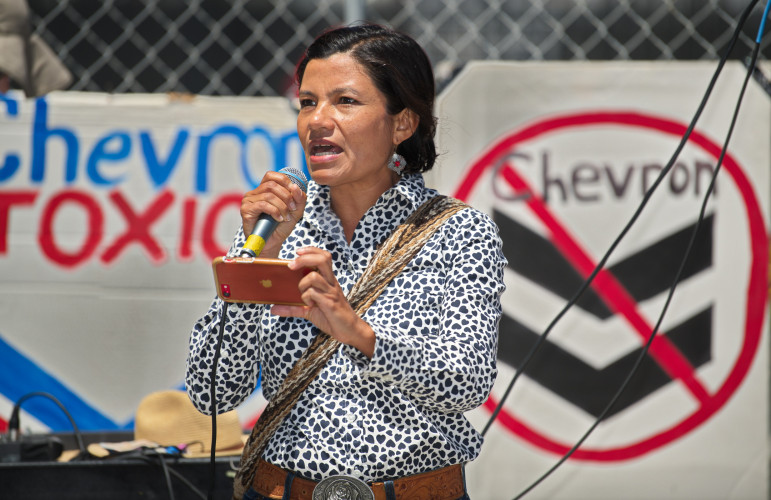 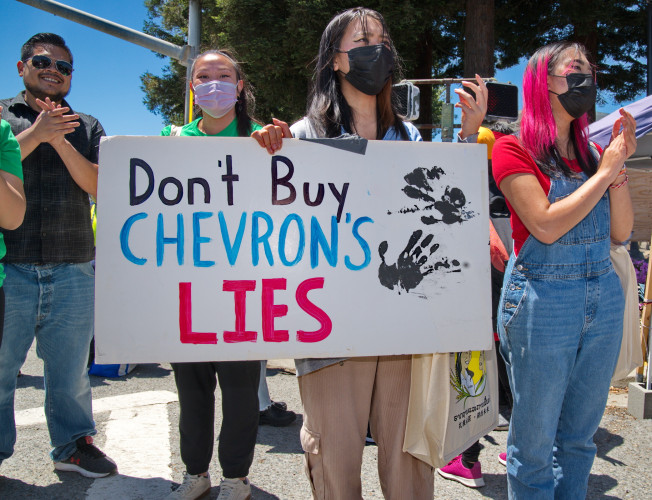 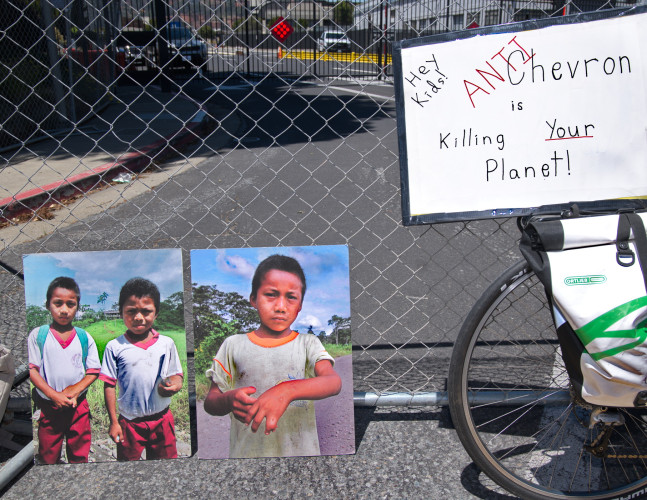 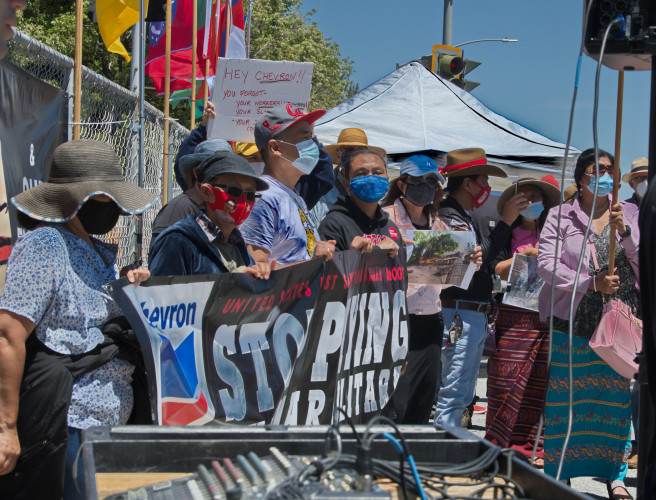 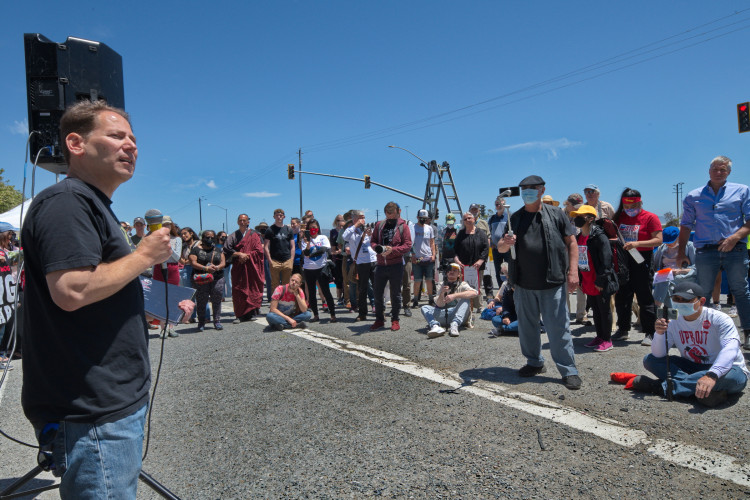 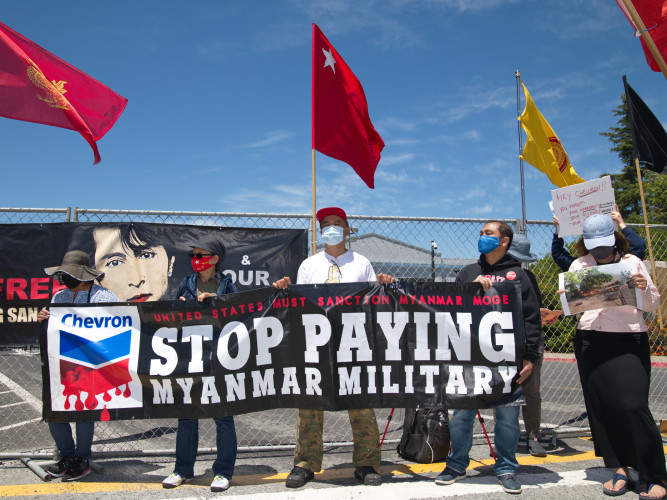 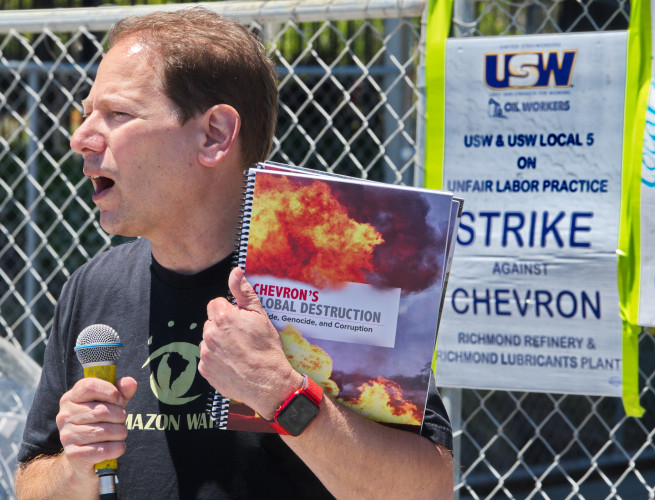 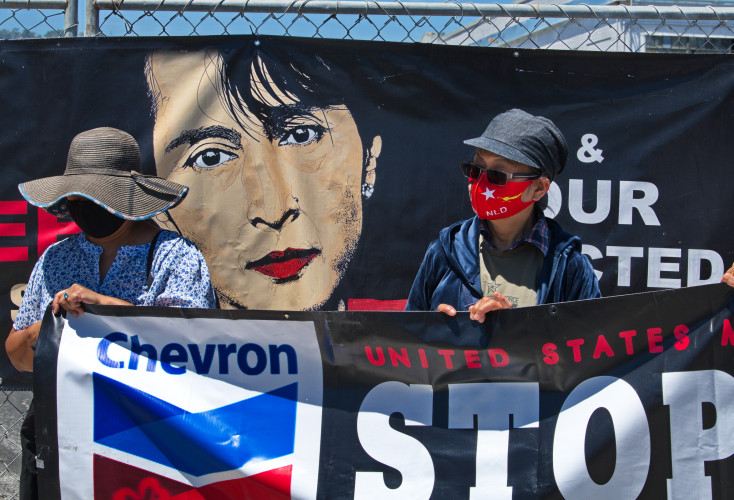 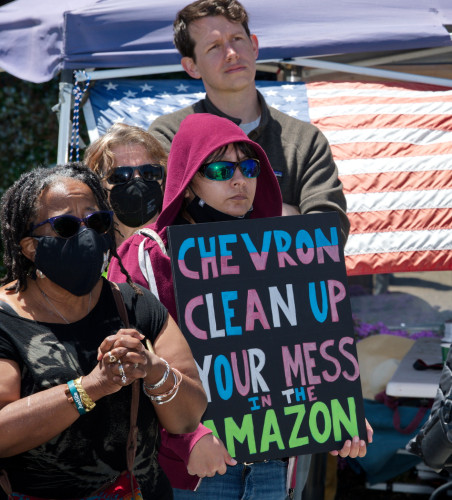 original image (1400x1548)
Add Your Comments
LATEST COMMENTS ABOUT THIS ARTICLE
Listed below are the latest comments about this post.
These comments are submitted anonymously by website visitors.