Add an Event
Newswire
Calendar
Features
Home
Donate
From the Open-Publishing Calendar
From the Open-Publishing Newswire
Indybay Feature
Related Categories: San Francisco | Health, Housing & Public Services | LGBTI / Queer | Womyn
From the Mission to the Castro, March for Reproductive Justice
by riseup4abortionrightsbayarea
Saturday May 21st, 2022 3:25 AM
Photos from an afternoon rally and march on May 14. One march was not enough on an important day to turn up for abortion rights and the broad range of other rights protected by the endangered Roe v. Wade. 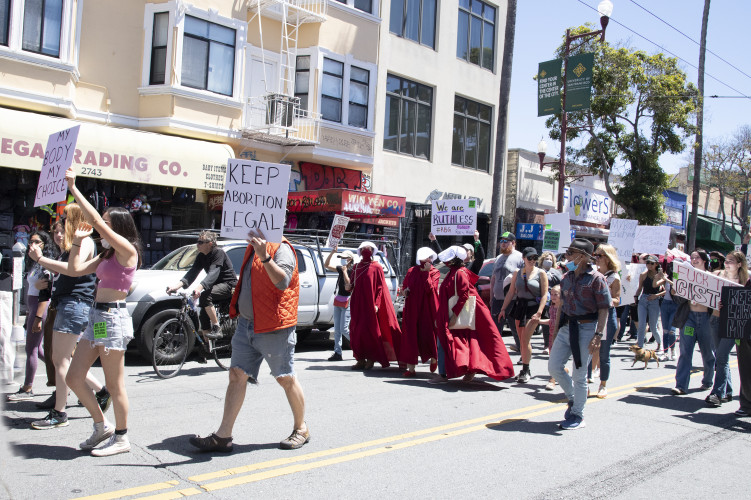 Some came cloaked in red robes with white bonnets inspired by the novel “The Handmaid’s Tale” because, they said, "the theme of controlling reproductive rights runs throughout the novel." Clustered close together they created a sea of bright red. But the dominant color of the day was green and it was everywhere. Green dyed hair, green shirts, green face paint, but especially green bandanas.

The green bandana is the new symbol of American protesters in the battle for reproductive rights in this country but its use has been around for at least a decade. In Argentina activists fought to decriminalize abortion in a sweeping movement that came to be called the Green Wave. Demonstrators in San Francisco on May 14 said that the work that has been done by tireless advocates throughout Latin America is inspiration to rally and march in the streets in the US until reproductive rights are guaranteed here.
http://www.riseup4abortionrights.org
§photo: Rachel Podlishevsky
by riseup4abortionrightsbayarea
Saturday May 21st, 2022 3:25 AM 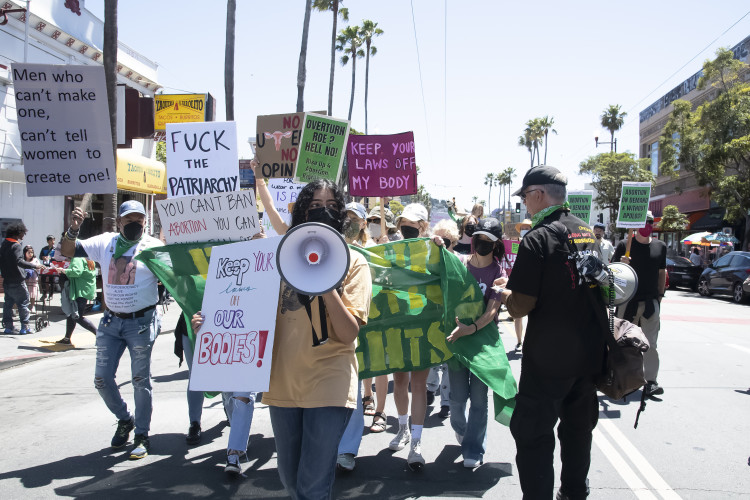 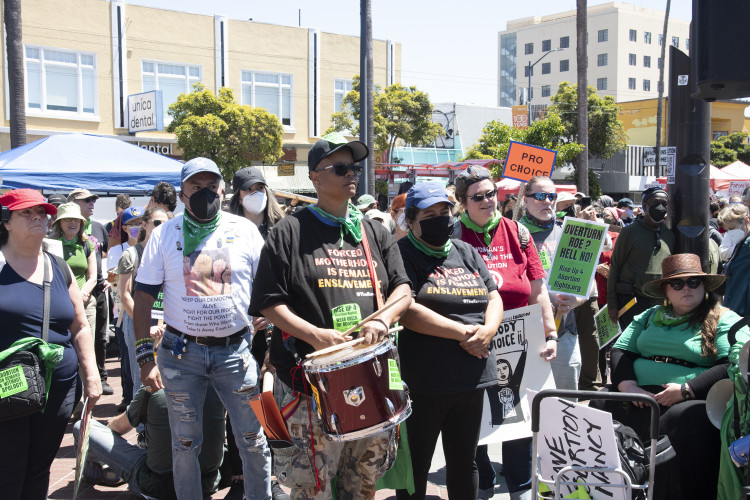 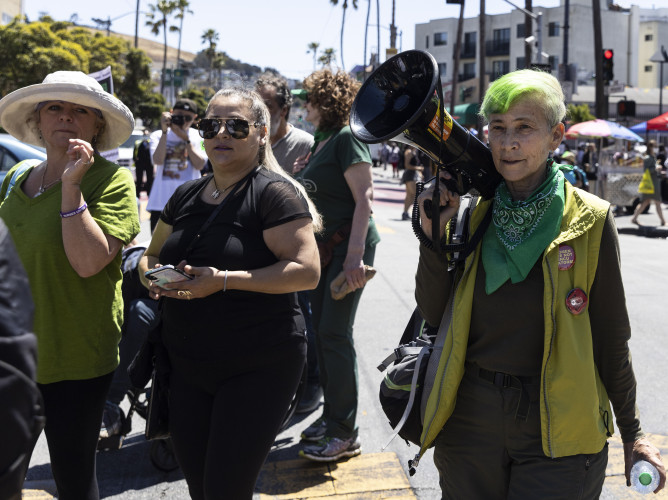 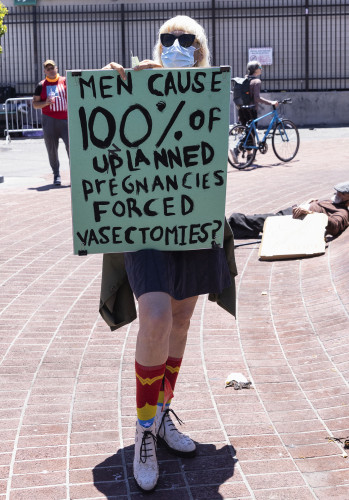 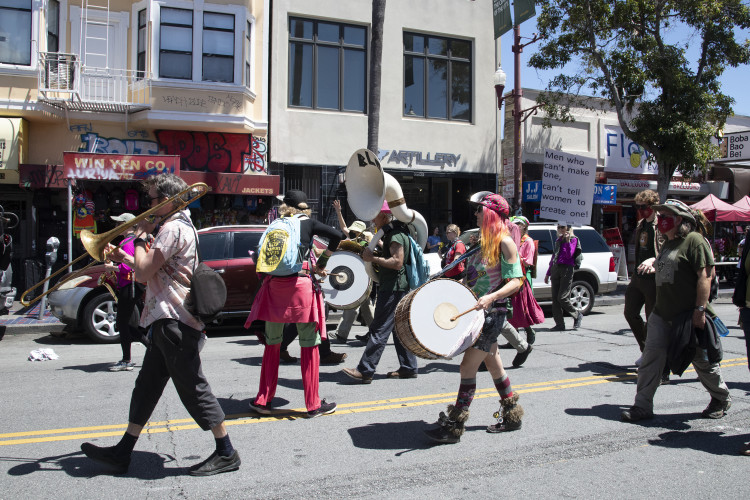 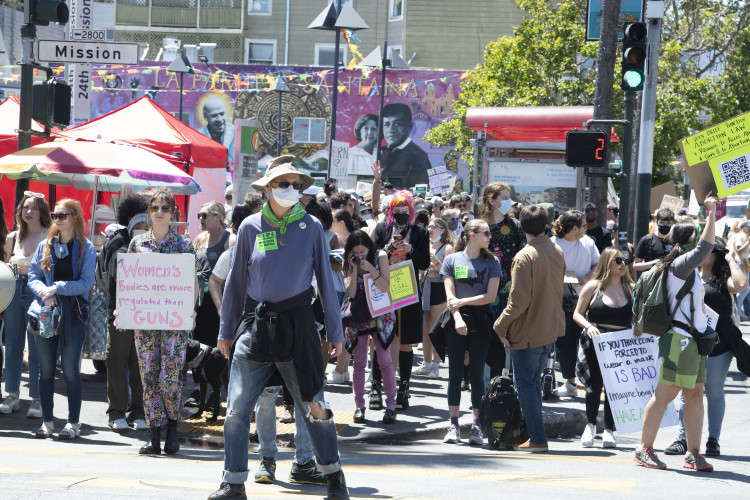 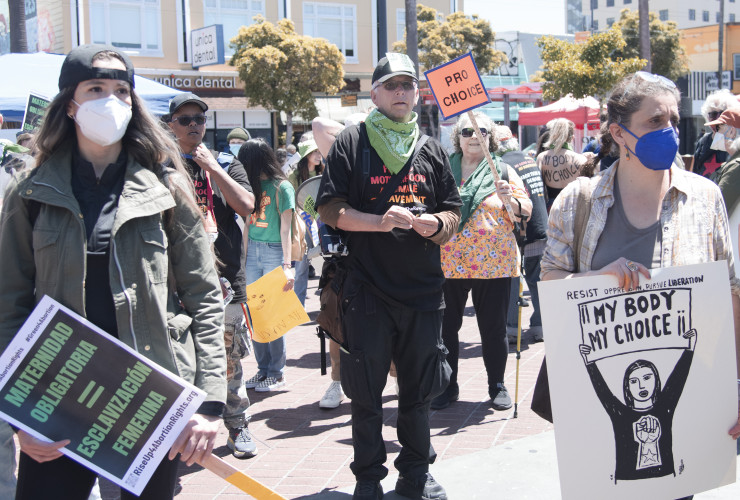 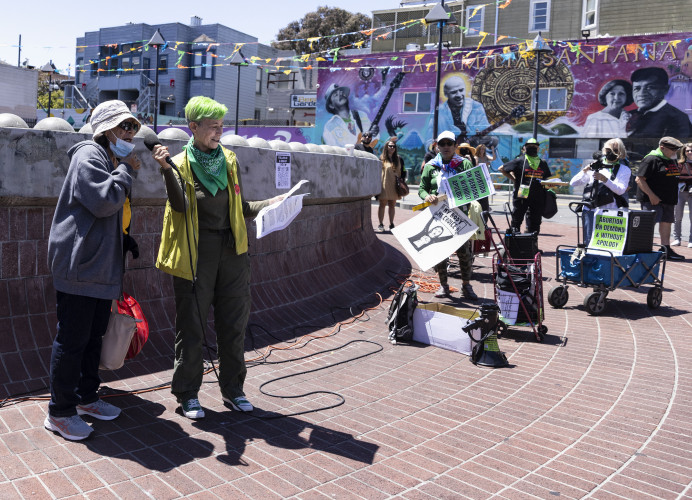 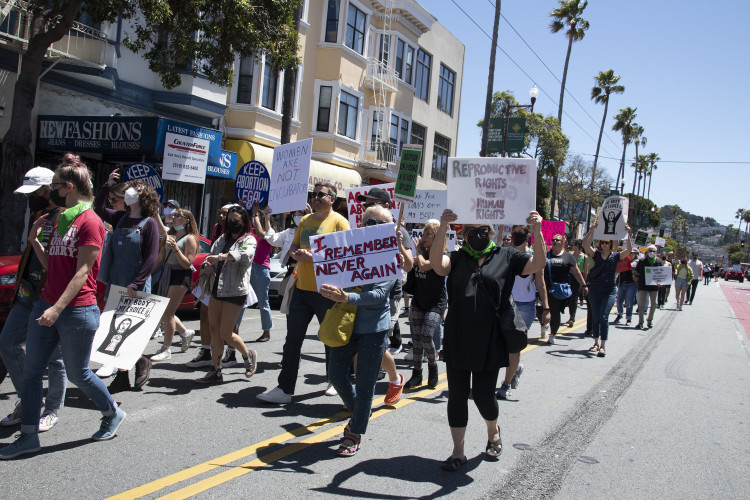 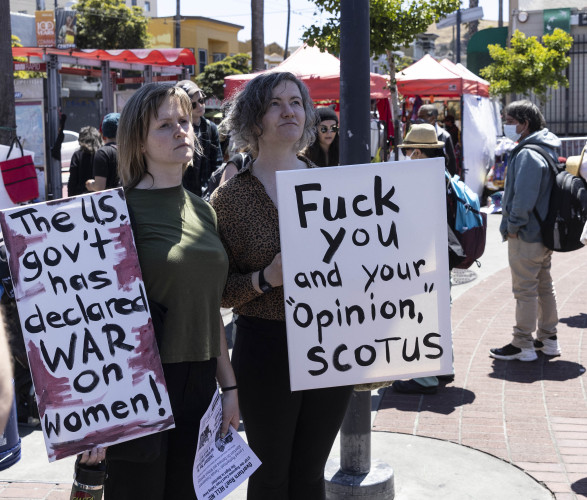 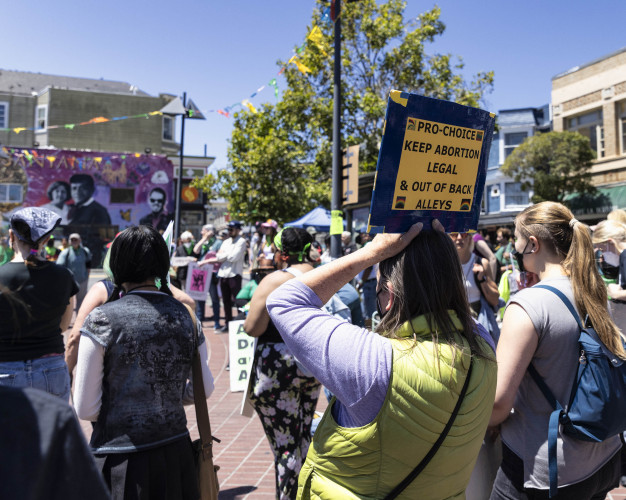 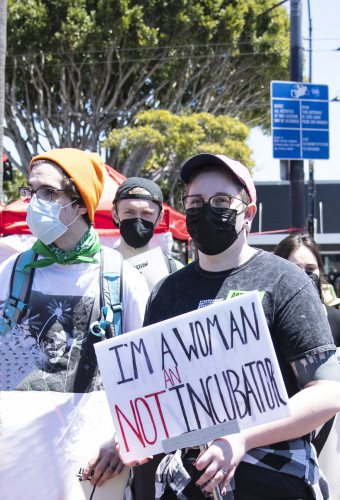 original image (1932x2840)
Add Your Comments
Support Independent Media
We are 100% volunteer and depend on your participation to sustain our efforts!