by Khubaka, Michael Harris
2022 Armed Service Celebration at our California State Capitol showcased the ongoing disparity is service delivery for California Black Veterans past, present and future. A positive new way forward is at hand... 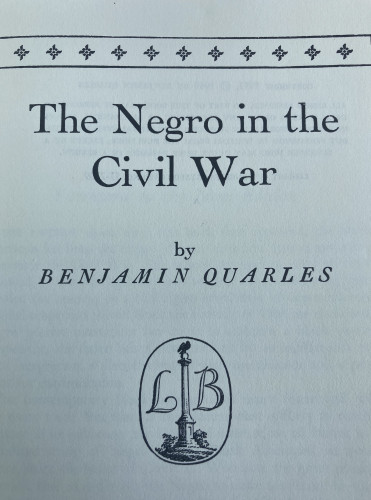 The compiled military service records of the men who served with the United States Colored Troops (USCT) during the Civil War number approximately 185,000, including the officers who were not African American. This major collection of records rests in the stacks of the National Archives and Record Administration (NARA). They are little used, and their content is largely undiscovered. Since the time of the American Revolution, African Americans have volunteered to serve their country in time of war. The Civil War was no exception-official sanction was the difficulty.

In the fall of 1862 there were at least three Union regiments of African Americans raised in New Orleans, Louisiana: the First, Second, and Third Louisiana Native Guard. These units later became the First, Second, and Third Infantry, Corps d'Afrique, and then the Seventy-third, Seventy-fourth, and Seventy-fifth United States Colored Infantry (USCI). The First South Carolina Infantry (African Descent) was not officially organized until January 1863; however, three companies of the regiment were on coastal expeditions as early as November 1862. They would become the Thirty-third USCI. Similarly, the First Kansas Colored Infantry (later the Seventy-ninth [new] USCI) was not mustered into service until January 1863, even though the regiment had already participated in the action at Island Mound, Missouri, on October 27, 1862. These early unofficial regiments received little federal support, but they showed the strength of African Americans' desire to fight for freedom.

The first official authorization to employ African Americans in federal service was the Second Confiscation and Militia Act of July 17, 1862. This act allowed President Abraham Lincoln to receive into the military service persons of African descent and gave permission to use them for any purpose "he may judge best for the public welfare." However, the President did not authorize use of African Americans in combat until issuance of the Emancipation Proclamation on January 1, 1863: "And I further declare and make known, that such persons of suitable condition, will be received into the armed service of the United States to garrison forts, positions, stations, and other places, and to man vessels of all sorts in said service." With these words the Union army changed.

In late January 1863, Governor John Andrew of Massachusetts received permission to raise a regiment of African American soldiers. This was the first black regiment to be organized in the North. The pace of organizing additional regiments, however, was very slow. In an effort to change this, Secretary of War Edwin M. Stanton sent Gen. Lorenzo Thomas to the lower Mississippi valley in March to recruit African Americans. Thomas was given broad authority. He was to explain the administration's policy regarding these new recruits, and he was to find volunteers to raise and command them. Stanton wanted all officers of such units to be white, but that policy was softened to allow African American surgeons and chaplains. By the end of the war, there were at least eighty-seven African American officers in the Union army. Thomas's endeavor was very successful, and on May 22, 1863, the Bureau of Colored Troops was established to coordinate and organize regiments from all parts of the country. Created under War Department General Order No. 143, the bureau was responsible for handling "all matters relating to the organization of Colored Troops." The bureau was directly under the Adjutant General's Office, and its procedures and rules were specific and strict. All African American regiments were now to be designated United States Colored Troops (USCT). At this time there were some African American regiments with state names and a few regiments in the Department of the Gulf designated as Corps d'Afrique. All these were ultimately assimilated into the USCT, even though a small number of the regiments retained their state designations.

In February 1994, NARA began a pilot project to test procedures to arrange the compiled service records of Union volunteers prior to microfilming. This effort was made in conjunction with the National Park Service's Civil War Soldiers and Sailors System (CWSS). The CWSS is a computerized database identifying combatants from the Union and the Confederacy. The data will include the name of the soldier or sailor and the regiment or ship to which he belonged. In addition, the system will identify the battles in which the named soldier's or sailor's unit participated. When this database is completed, it will be installed at the major Civil War sites operated by the Park Service. The CWSS will refer the park visitor to NARA for further documentation and information on Civil War participants.

The first index to be released by the National Park Service is that of the United States Colored Troops. This list of names will be available at the African American Civil War Memorial in Washington, D.C., as well as at NPS battlefield sites. The memorial is due for completion in the fall of 1997. When this monument is completed and the CWSS is in place, it is anticipated that there will be an increase in requests for the records of the USCT. Every new movie or television program about the Civil War period triggers a substantial rise in mail, telephone, and walk-in requests to NARA. To answer these demands in an era of downsizing, NARA created the Civil War Conservation Corps (CWCC). The CWCC is a volunteer project operating with over fifty private citizens who are members of the National Archives Volunteer Association. This group is opening and chronologically arranging the compiled service records of each soldier who became a USCT volunteer. This is the first part of a larger project to microfilm all the records of Civil War Union volunteer soldiers. NARA's collection of Confederate military service records is already available on microfilm.
Add Your Comments
Support Independent Media
We are 100% volunteer and depend on your participation to sustain our efforts!