Who Gets to Be an American: Race, Fear, and Surveillance in Domestic Policy 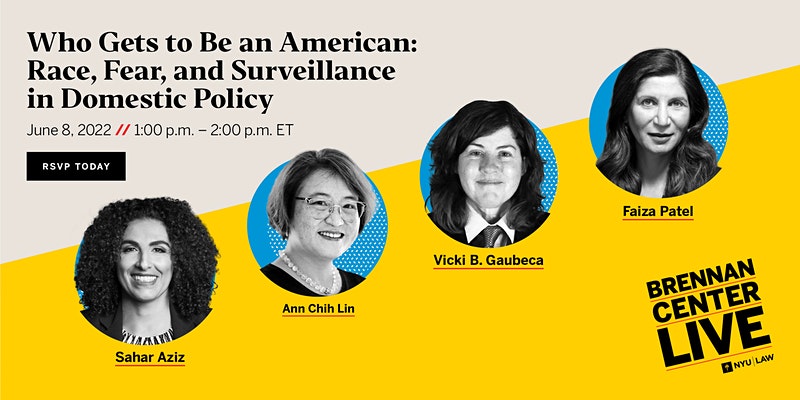 Import event into your personal calendar
Date:
Wednesday, June 08, 2022
Time:
10:00 AM - 11:00 AM
Event Type:
Panel Discussion
Organizer/Author:
Brennan Center for Justice
Location Details:
Online event (free)
Who Gets to Be an American: Race, Fear, and Surveillance in Domestic Policy


Being an American doesn’t always mean being treated like one when it comes to the rights and liberties that every citizen is supposed to have, and this is especially the case when it comes to people of color.

Since 9/11, Muslim communities have been unjustly viewed as inherently suspicious and subjected to elevated surveillance. Chinese-American scientists are targeted for investigations and prosecutions as the government becomes more concerned with Chinese influence and espionage. And at the border, militarization and advancing surveillance technology has forced migrants to make ever riskier crossings.

These surveillance programs and policies contradict the American promise of equality, and they isolate communities while making their members more vulnerable to discrimination.

Join the Brennan Center for Justice for a conversation that will dive into the impact on communities of color and present an opportunity to learn about efforts to organize and fight back so that everyone is granted the opportunity to feel at home on American soil. 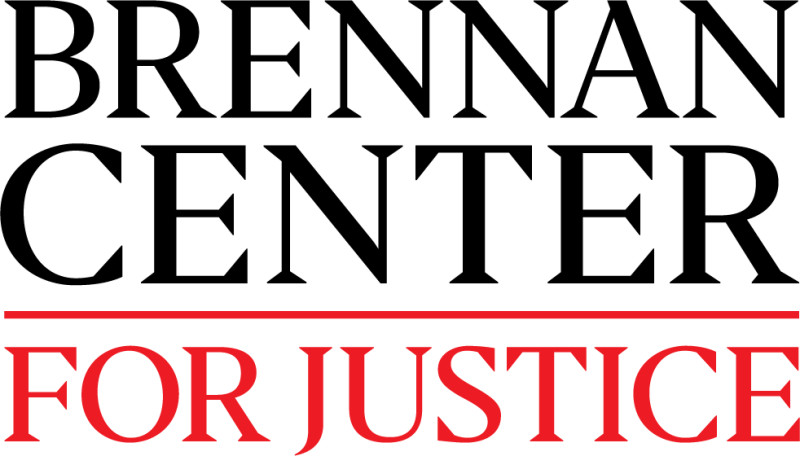 original image (982x560)
Add Your Comments
Support Independent Media
We are 100% volunteer and depend on your participation to sustain our efforts!