Handmaids and Hangers at Bay Area Bans Off Our Bodies Protests

by Fave Photos
Protesters painted bloody hangers on placards to symbolize the dangerous measures people resorted to in order to terminate pregnancies before Roe. "This is not about abortion" read one sign. Demonstrators know bans on abortion are just the beginning of extremist right wing attempt to take total control. 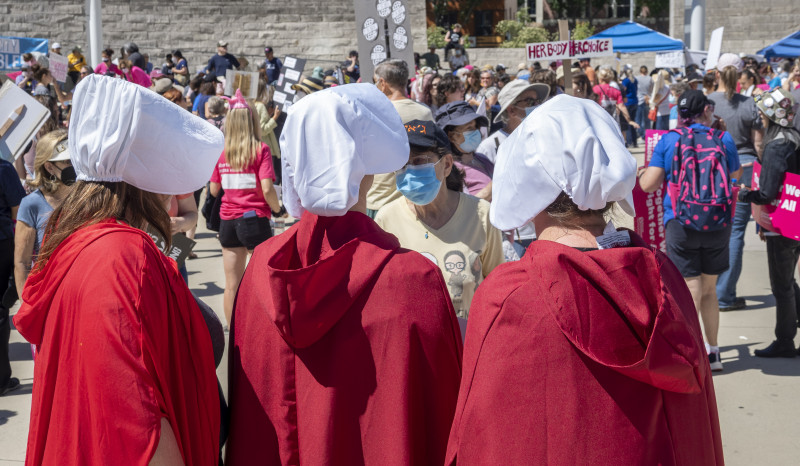 In the San Francisco Bay Area cities of Oakland and San Jose people donned costumes and carried hand crafted signs expressing anger over the wave of abortion bans and restrictions on the horizon and in the here and now. Bans Off Our Bodies / Women's March national organization nixed use of certain symbols but....nevermind.

Protesters joined demonstrators across nation who raised placards with images of coat hangers to symbolize the dangerous measures people resorted to to terminate pregnancies before Roe v. Wade became law of the land.

As did people in other states and the District of Columbia, Californians embraced the imagery of the red cloaked white bonneted handmaid, a reference to the patriarchal dystopia of the novel The Handmaid’s Tale.
§San Jose
by Fave Photos 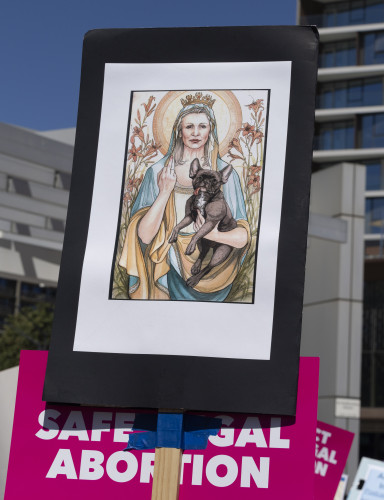 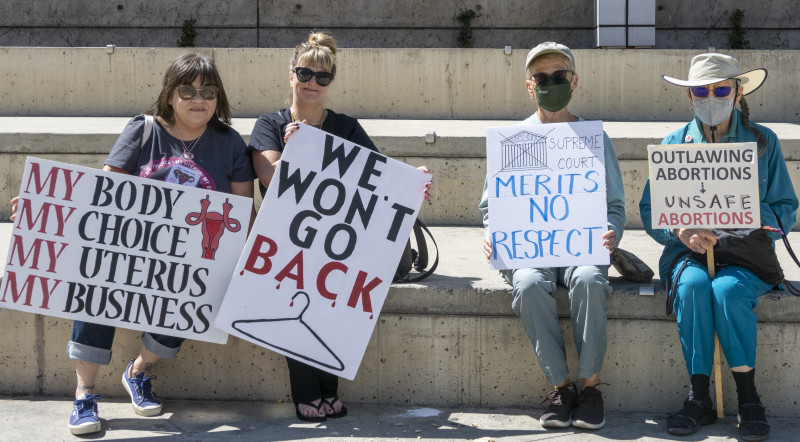 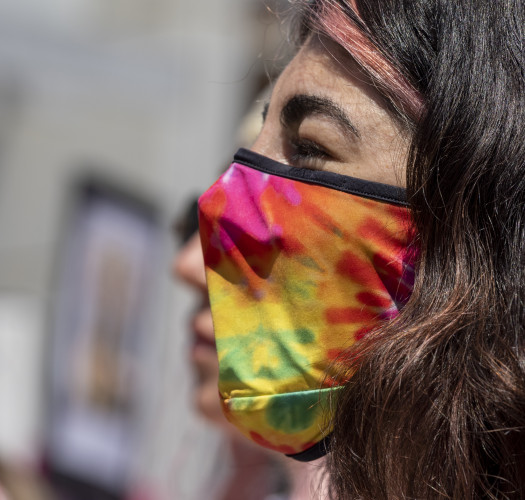 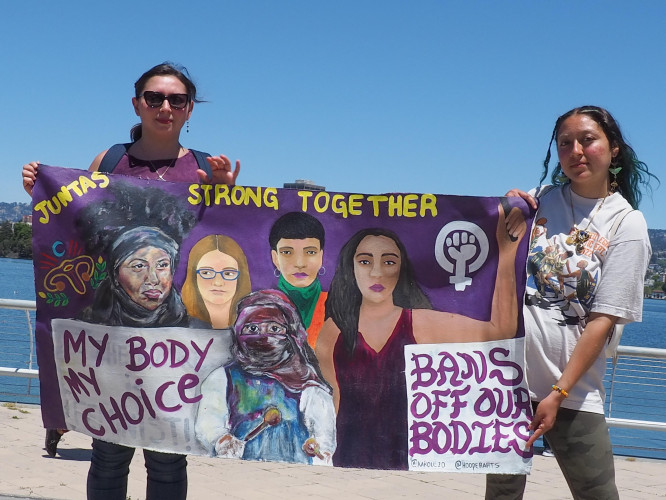 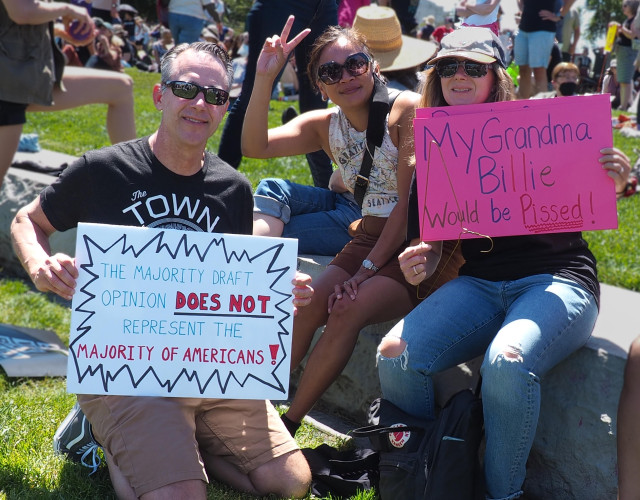 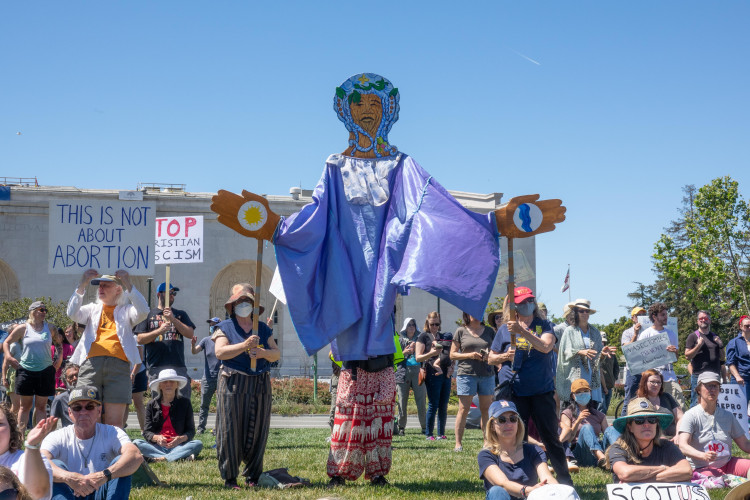 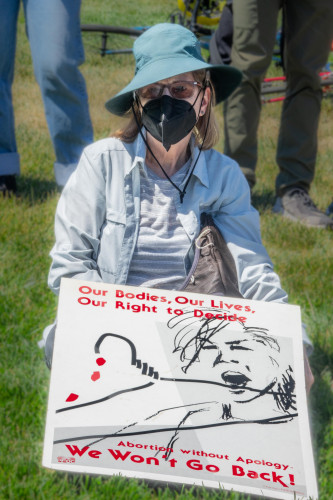 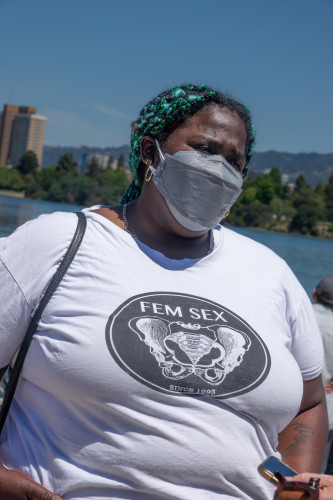 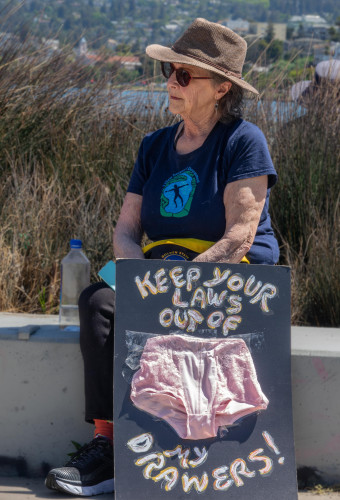 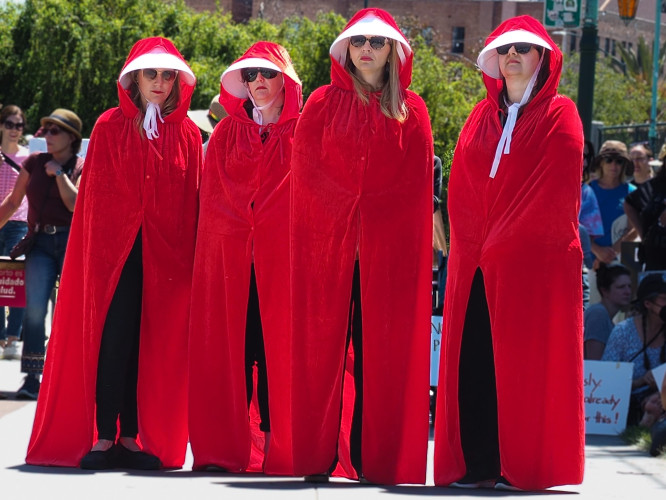 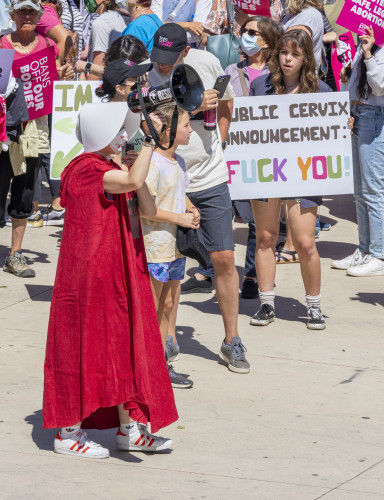 original image (3245x4223)
Add Your Comments
Support Independent Media
We are 100% volunteer and depend on your participation to sustain our efforts!