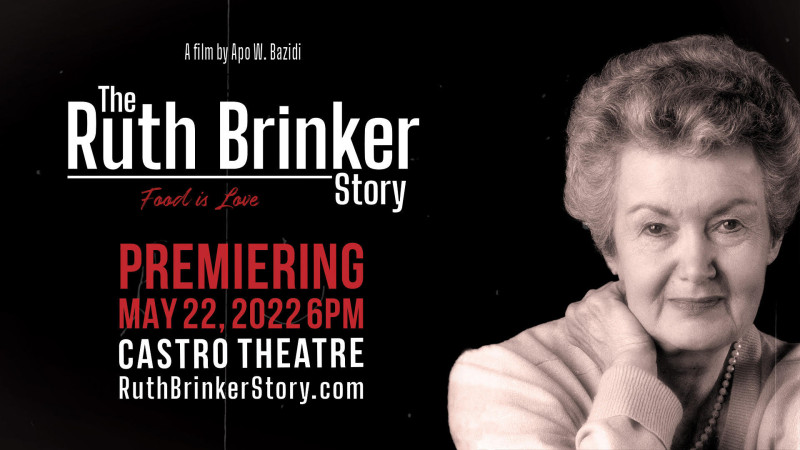 At the age of 63, retired food-service worker Ruth Brinker became a pioneer of HIV care in her community and would become a legend among San Franciscans. The AIDS epidemic hit San Francisco the hardest and created a wave of fear and uncertainty that left many victims feeling hopeless and alone. Brinker, a woman whose deep compassion became a source of strength for others struggling to cope with the times, began cooking meals in her kitchen to deliver to her neighbors who were too ill to take care of themselves.

Come learn more about her story at the Castro Theatre. The day will include multiple screenings of 'The Ruth Brinker Story' during the day, followed by a special Red Carpet Premiere Night at 6PM that will include a panel discussion featuring San Francisco resident and filmmaker, Apo Bazidi. The cast of the film will also be in attendance.

May 22 is Harvey Milk Day and screenings of “The Life and Times of Harvey Milk” will also be shown so come celebrate the lives of these two very important San Franciscans, Ruth Brinker and Harvey Milk.

You can visit the official website at http://www.ruthbrinker.com for showtimes and to reserve your tickets.
END_OF_DOCUMENT_TOKEN_TO_BE_REPLACED
Added to the calendar on Wed, May 18, 2022 9:05PM
Add Your Comments
Support Independent Media
We are 100% volunteer and depend on your participation to sustain our efforts!