by CA YIMBY News
Pro-luxury development group California YIMBY has endorsed real estate broker Joe Patterson, a Republican candidate for State Assembly in District 5 in the June 7 primary election. Additionally, California YIMBY Victory Fund PAC has contributed $2,500 to Patterson's campaign. In California, YIMBY organizations are well known for attacking socialist candidates, and those on the left, in favor of moderate Democrats. This endorsement of Patterson for state assembly, a bread and butter Republican with conservative views, highlights how low YIMBYs are willing to stoop in order to further a political agenda that favors supply-side housing production, and the profit of developers, over social equity. 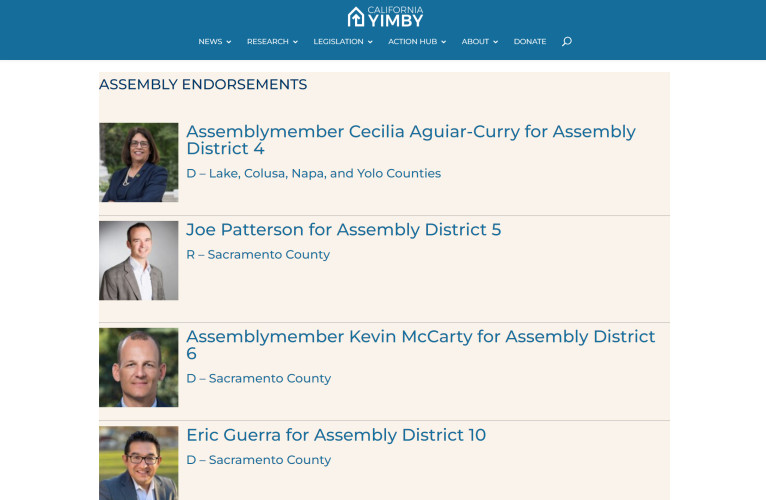 Joe Patterson was elected to the Rocklin City Council in November 2016, and served as Mayor in 2019. He works as a Broker Associate with Amen Real Estate, which is based in Sacramento.

When looking at the Patterson campaign's social media posts over the past two months, there aren't any posts on the issue of housing. There are a plethora of posts lamenting crime and supporting law enforcement groups, as well as complaining about "government mandates" related to the Covid-19 pandemic. One video advertisement posted to the Patterson campaign's social media states: "Joe Patterson will fight to secure our border."

There are also several posts in support of the Howard Jarvis Taxpayers Association, an organization dedicated to protecting Proposition 13. A section of Patterson's "Issues" page on his campaign website is titled "Protect Prop 13 and Provide Tax Relief."

"California is in the midst of a $68 billion surplus, this is money taxpayers deserve back. We need it returned. This isn’t for Gavin Newsom to hand out to whoever he chooses," Patterson's website states.

In contrast to Patterson's position, the California YIMBY website states that their organization is in favor of reforming Proposition 13. 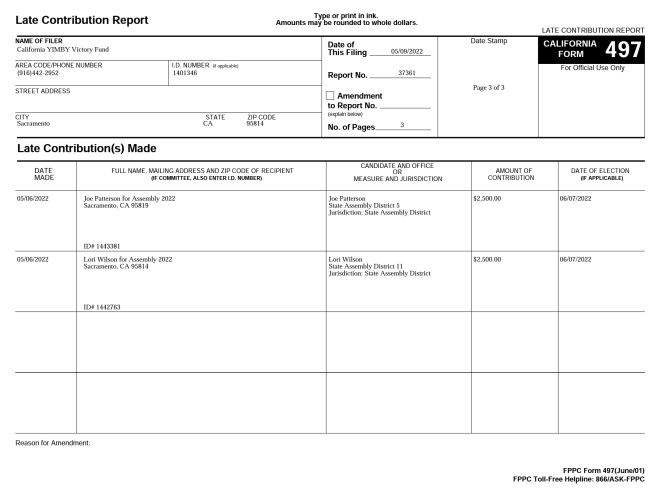 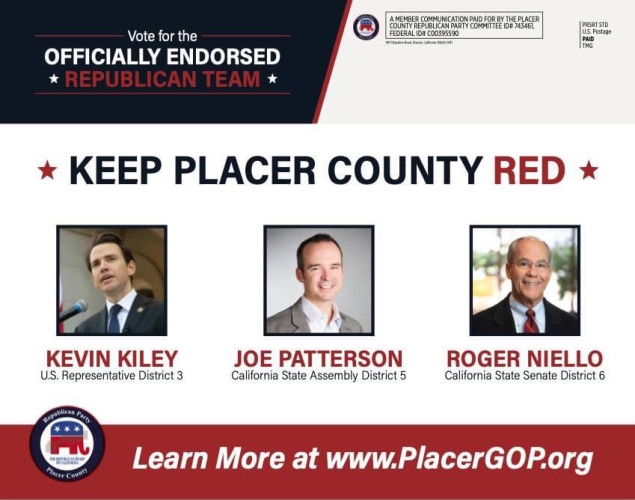 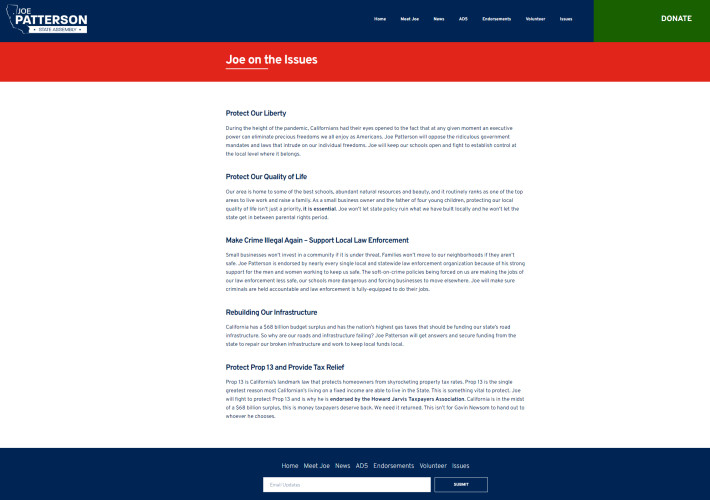 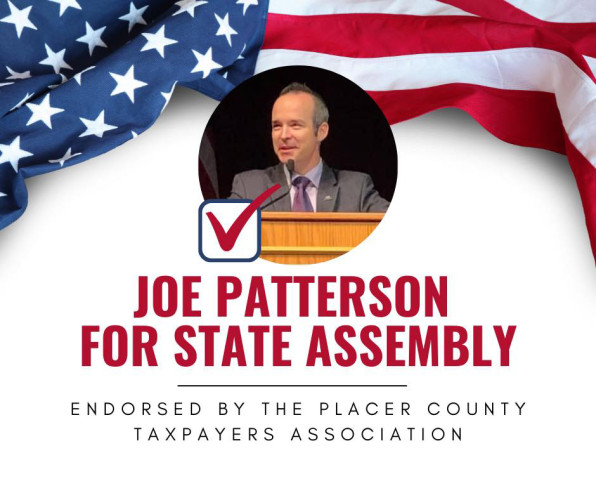 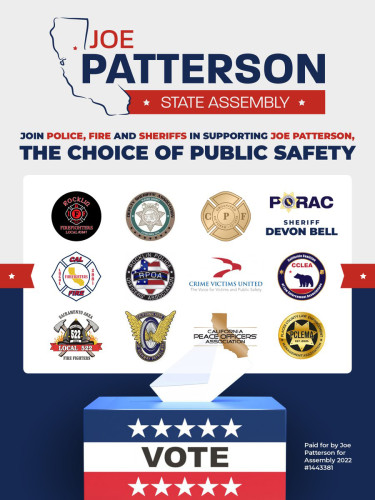 original image (900x1200)
Add Your Comments
Latest Comments
Listed below are the latest comments about this post.
These comments are submitted anonymously by website visitors.
TITLE
AUTHOR
DATE
No republi-con EVER in power in California!
Roe v. Wade
Support Independent Media
We are 100% volunteer and depend on your participation to sustain our efforts!