Oakland: Bans Off Our Bodies! Protest for Reproductive Justice 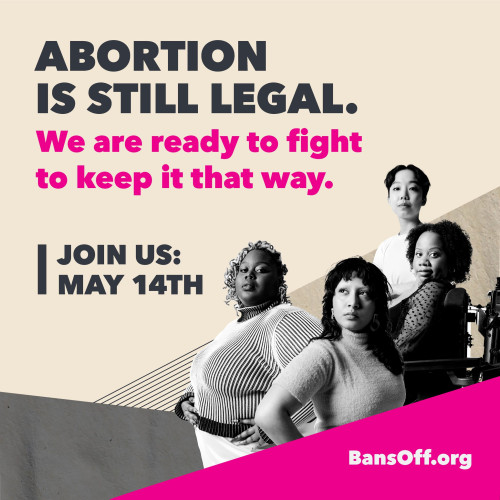 Peaceful protest. This event is part of the nationwide day of action for reproductive freedom being led by Planned Parenthood, Women's March, UltraViolet, and MoveOn.

This is an unprecedented leak from the court that, if true, would reverse nearly 50 years of precedent and explicitly end federal constitutional protections for abortion. 26 states could move quickly to ban abortion, meaning millions of people might live without local access to abortion.

The people in your community and across the country deserve the power and freedom to make their own personal reproductive health care decisions.

Planned Parenthood Mar Monte invites you to join these efforts during this moment of crisis. It is necessary to act now, all across the country, not only to demonstrate that people support abortion access, but to show that we won’t back down.
END_OF_DOCUMENT_TOKEN_TO_BE_REPLACED
Added to the calendar on Thu, May 12, 2022 3:15PM
Add Your Comments
Support Independent Media
We are 100% volunteer and depend on your participation to sustain our efforts!