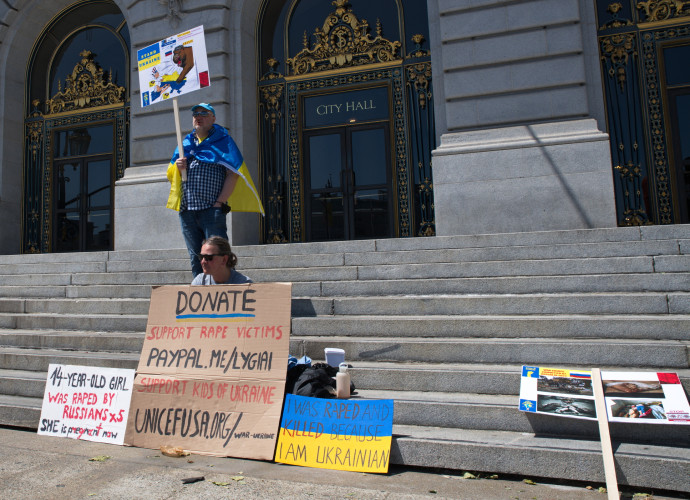 While unions were celebrating May Day in front of San Francisco's City Hall, a small protest took place on the front steps of City Hall. With signs saying that Russian soldiers has raped a fourteen year of girl and comparing Putin to Hitler, five girls stood in simulated bloody underwear, black bags covering their heads and hands tied behind their backs.

As onlookers viewed the unsettling display, the message was that this time it was the Russians. And it was. At other times it was the Germans, the Japanese, the French, and yes, the Americans. Bush Jr. invaded Iraq based on a lie and killed 900,000 civilians. Lyndon Johnson and Nixon attacked Viet Nam and Cambodia and killed four million people. We are left to imagine the photos we did not see and the talk of war crimes trials we did not hear. 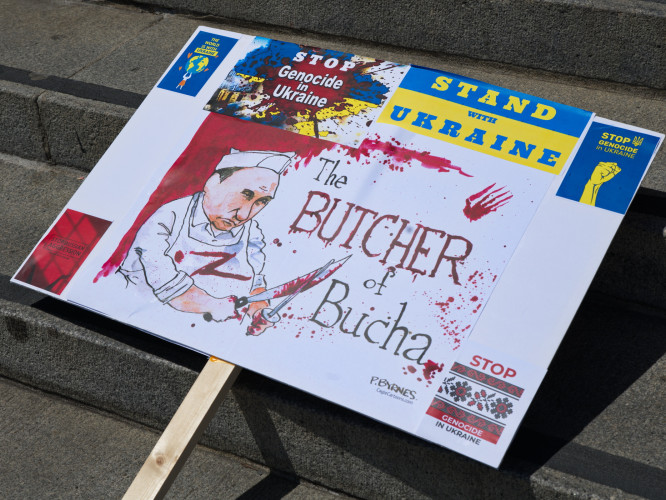 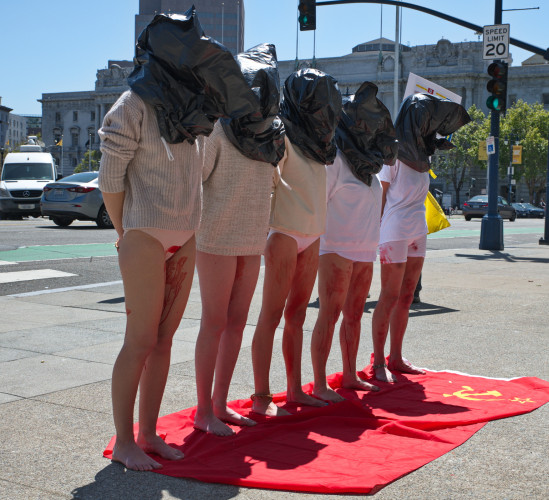 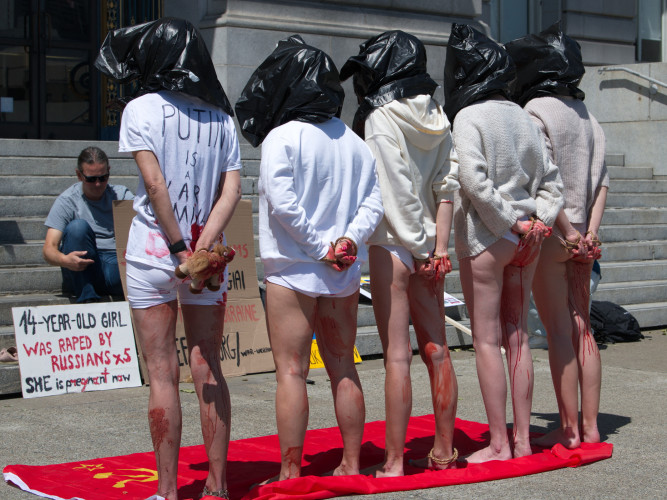 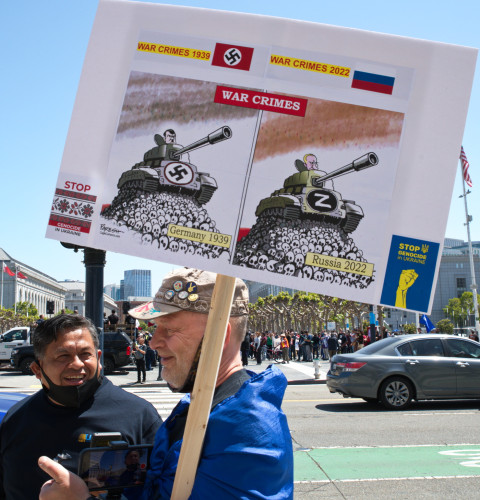 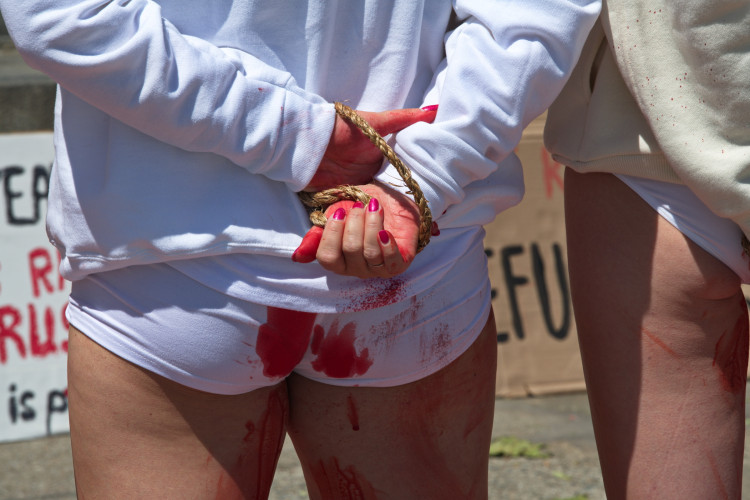