Add an Event
Newswire
Calendar
Features
Home
Donate
From the Open-Publishing Calendar
From the Open-Publishing Newswire
Indybay Feature
Related Categories: U.S. | Environment & Forest Defense | Police State & Prisons
TigerSwan Spy Documents at Standing Rock are Public Records. Victims Appeal Lawsuit.
by Brenda Norrell
Sunday May 1st, 2022 7:10 AM
The Water Protectors of Standing Rock were the focus of two court actions this week. The North Dakota Supreme Court ruled that 60,000 spy documents of TigerSwan are public records to be released. In a separate court action, Water Protectors injured by rubber bullets and projectiles fired by law enforcement filed an appeal of a class-action civil rights lawsuit. It was earlier thrown out by the court which sided with law enforcement. 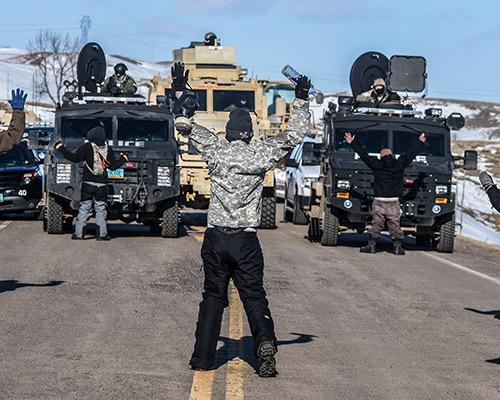 The North Dakota Supreme Court ruled that TigerSwan's documents from Standing Rock are public records. Confirming the ruling of the district court, the high court's ruling means that The Intercept and other news media will be able to obtain the documents.

The high court ruled that a state regulatory committee must comb through the 60,000 documents and remove those associated with trade secrets and litigation.

The lawsuit is a victory for free press. Documents that have already been leaked reveal the names of many Water Protectors who were targeted by TigerSwan at Standing Rock. Those leaked documents also expose infiltrators in the camps who attempted to entrap Water Protectors and provoke crimes.

In a separate court action, Water Protectors who were injured by rubber bullets and other projectiles fired by law enforcement filed an appeal of a case that was thrown out by the courts.

"On December 29, 2021, the North Dakota District Court threw out the Water Protectors’ lawsuit, finding that law enforcement was justified in unleashing a ten-hour-long barrage of impact munitions, chemical weapons, explosive grenades and freezing water on unarmed, nonviolent water protectors. The court decision was deeply flawed and let law enforcement off the hook relying heavily on the doctrine of qualified immunity."

"Despite the disappointing loss, the Water Protector Legal Collective and Cooperating Attorneys on the legal team promised to keep fighting not just in this case, but generally, reaffirming the commitment to supporting the Earth and all those in the climate justice movement who work to defend and protect Her."

"The appeal brief references over 1,700 pages of evidence refuting Morton County’s claims that law enforcement was under attack and had to inflict mass violence to avoid being overrun," attorneys for Water Protectors said. 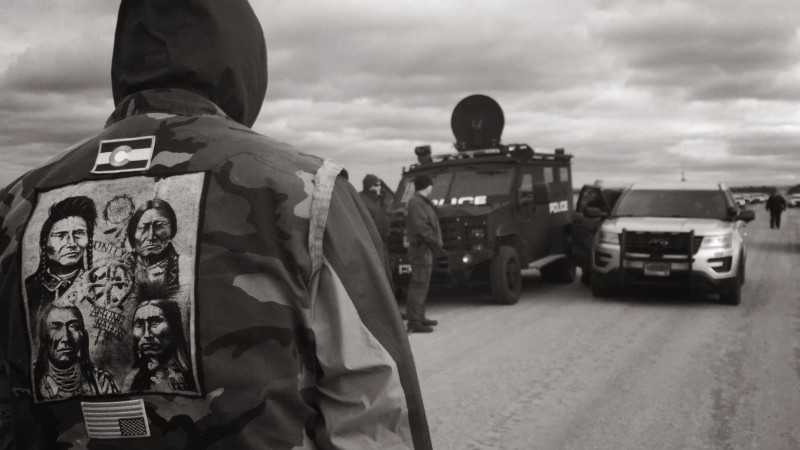 original image (2048x1154)
Photo posted by Paiute Shoshone Journalist Myron Dewey, Standing Rock, on Oct. 13, 2016. Myron was killed on September 26, 2021, when a truck pulled into his lane and hit his vehicle head-on, on an isolated dirt road near his family's home in Yomba, Nevada.
https://bsnorrell.blogspot.com/
Add Your Comments
Support Independent Media
We are 100% volunteer and depend on your participation to sustain our efforts!