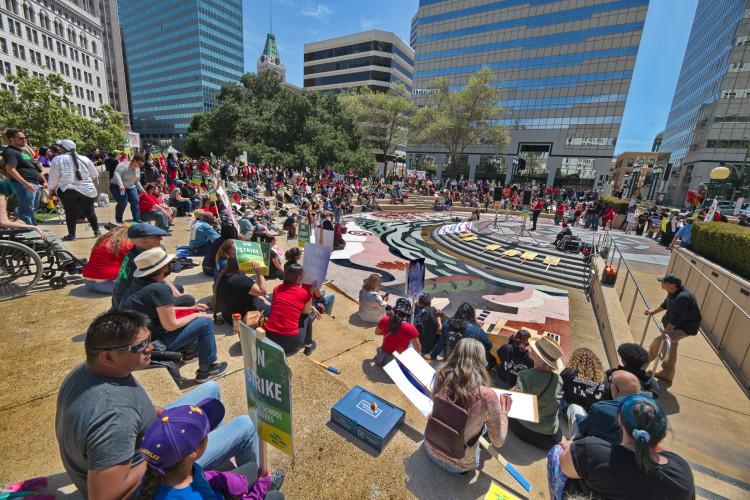 Continuing the protests against the privatization of Oakland, several groups of protesters converged at Frank Ogawa Plaza on Friday April 29th. ULWU longshore workers, teachers and supporters have coalesced under the banner of SLAP (slapbayarea SCHOOLS & LABOR AGAINST PRIVATIZATION).

They were there to stop private interests from spending $855 in public money to build a stadium and to end the closures of public schools. From Frank Ogawa Plaza they marched to the 1000 Broadway Office building where they confronted the privatizes with more speeches and a sidewalk mural. The ILWU drill team performed, showing the UNION's militancy.

Oakland teachers will be striking and joining with ILWU longshore workers on April 29 against privatization and closures of Oakland schools and the privatization and destruction of the Port Of Oakland by the Mayor and Democratic Party City Council supported by the leadership of the Alameda Labor Council and Alameda Building Trades.

STOP PRIVATIZING OAKLAND! NO STADIUM AT HOWARD TERMINAL! NO SCHOOL CLOSURES! NO CUTS! The billionaires are after our public resources here in the City of Oakland. The Oakland School Board has recently voted to close 11 public schools, despite overwhelming opposition from the community. School closures disproportionately harm communities of color. They are part of a long-term plan by corporations to destroy public education – selling them off to real estate developers or converting them into charter schools.

Oakland does not have “too many schools,” as the district says. Oakland has too many charter schools! Meanwhile, the City of Oakland is planning to spend $855 million in taxpayer money to construct a new A's stadium and condo complex at Howard Terminal, which is crucial to the port of Oakland. These privatization schemes are part of the gentrification of Oakland — attacking working-class communities, destroying union jobs, and displacing low-income residents of the Bay Area.

We must come together and fight back! This year May Day (International Workers Day) falls on a Sunday, so our action will be two days earlier, on April 29. The ILWU Local 10 has informed the port that they will be having Port Shutdown! School Shutdown!

@slapbayarea SCHOOLS & LABOR AGAINST PRIVATIZATION A stop work day on this day in support of Oakland teachers.

As a collective we understand that Oakland is not the only American city under attack from billionaires attempting to privatize/gentrify for personal monetary gain. We understand that Black and Brown communities across the country continue to be disproportionately affected by the resulting wealth gap epidemic. We also understand the continued effect privatization and gentrification have on the working class as a whole. The wealth disparity between the very rich few and the majority working class is larger than it has ever been in this country's history. The main reason for this phenomena is that our elected representatives continue to give the rich and corporate America access to public resources and wealth at an alarming rate—resources and wealth created by the poor and working class.

We say NO to the closing of public schools in Oakland, which provide education and jobs to disadvantaged communities, to pave for the Fisher family and other privatizers to take them over as private charter schools. We say NO, to the Fisher family’s attempt to benefit financially by acquiring industrial public land that creates good union-paying jobs and tax revenue for our communities to build private multi-million dollar condos and a baseball park. We say YES to redistributing corporate wealth to fund high quality public education and services, adequate and affordable housing, and high quality union jobs for all working people.

We shall organize to forge a social, economic and political movement for all working people—employed and unemployed—in our own name. We shall spread awareness, influence elections (governmental and union) to once and for all provide a voice for the working class, independent of influence by either of the corporate-dominated political parties. We shall work in conjunction with any organization(s) in which the purpose is to put an end to the oppression and exploitation of the poor and working class.

We shall hold any elected official (labor or governmental) accountable for catering to the interest of the rich few instead of the majority working class that elected them. We will achieve this by using class-struggle methods to expose and eradicate all efforts to privatize/gentrify any and all public resources for the financial benefit of billionaires, oligarchs or those who in any way represent corporate greed. We shall oppose all tactics used to divide the working class, both outside and inside the labor movement. And finally we shall create a voice and space for all people regardless of race, sex, age, gender, sexual orientation, ability, nationality, religion or work status. 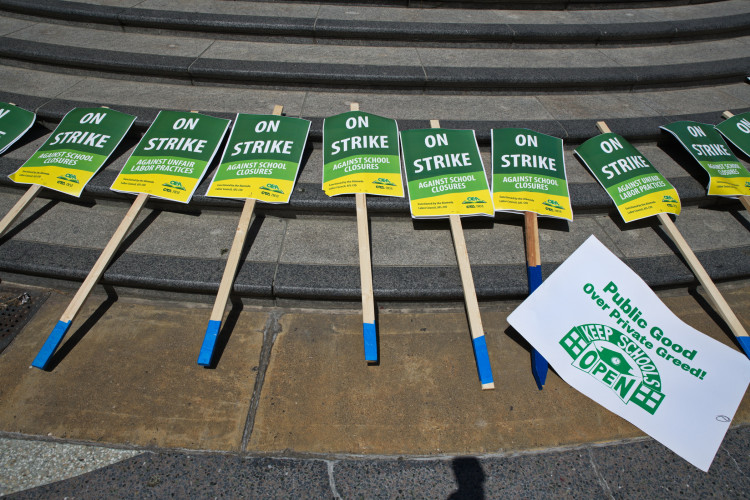 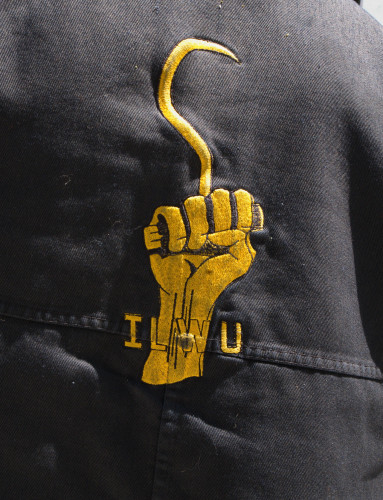 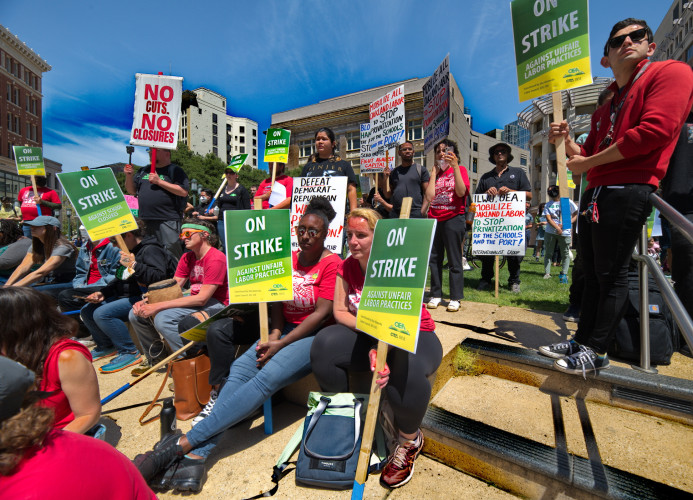 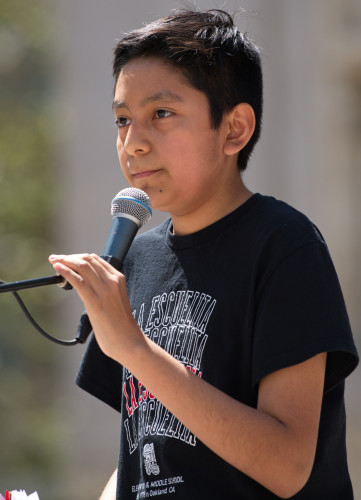 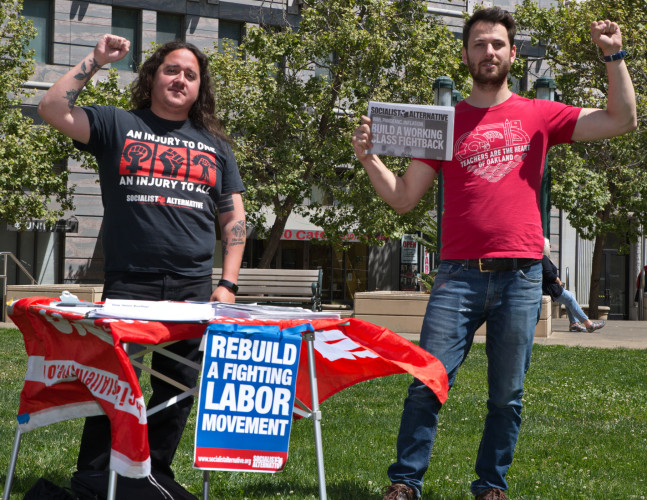 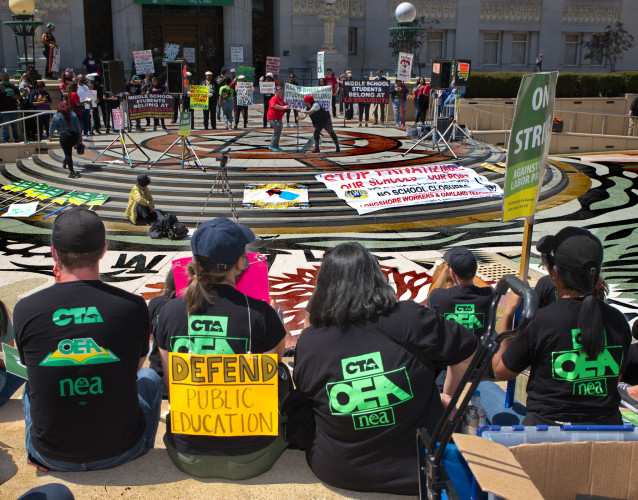 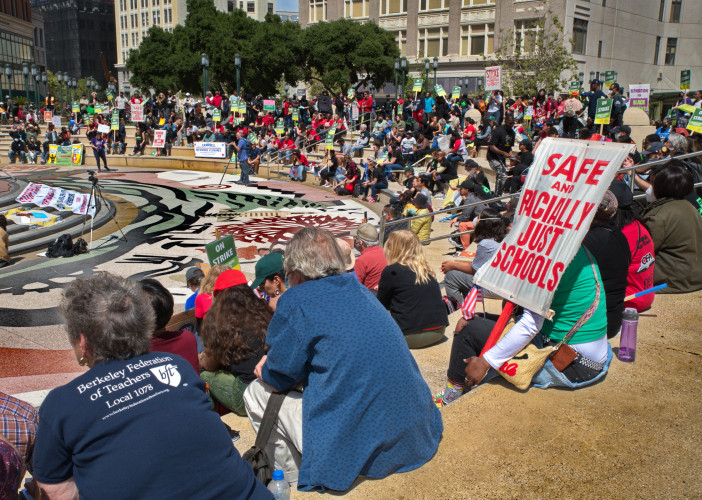 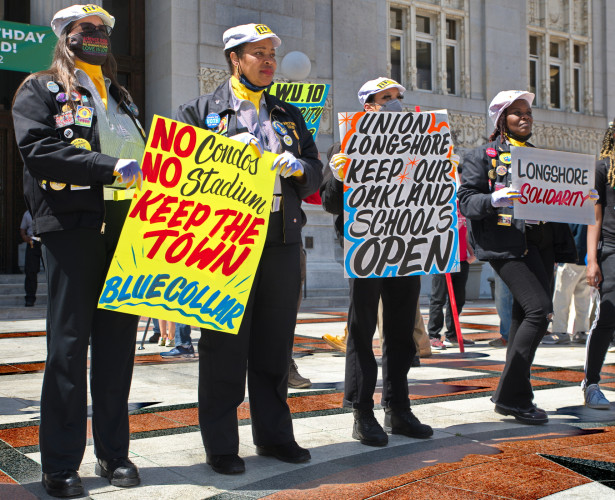 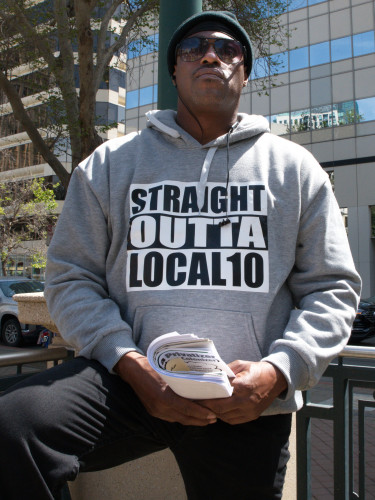 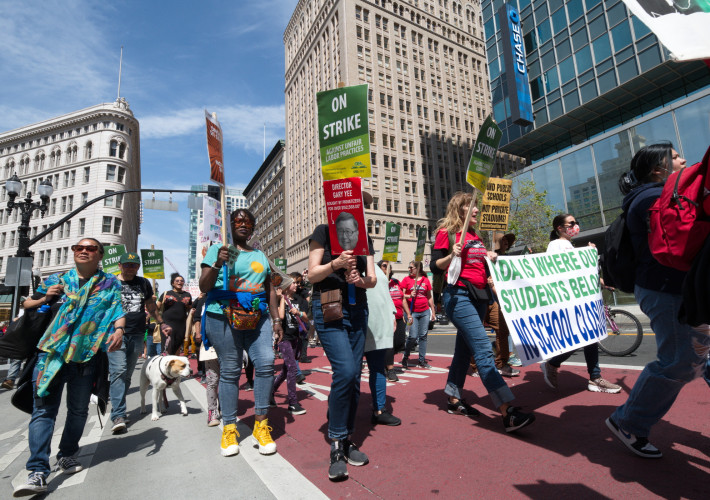 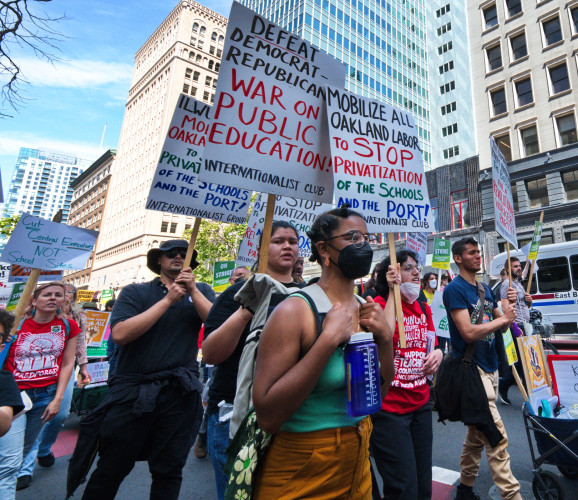 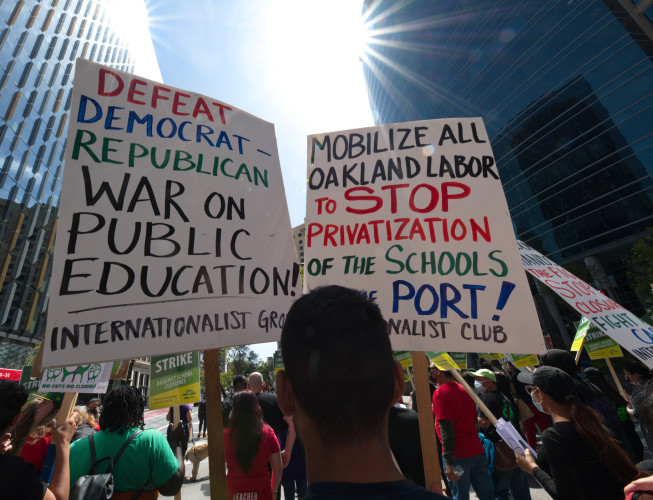 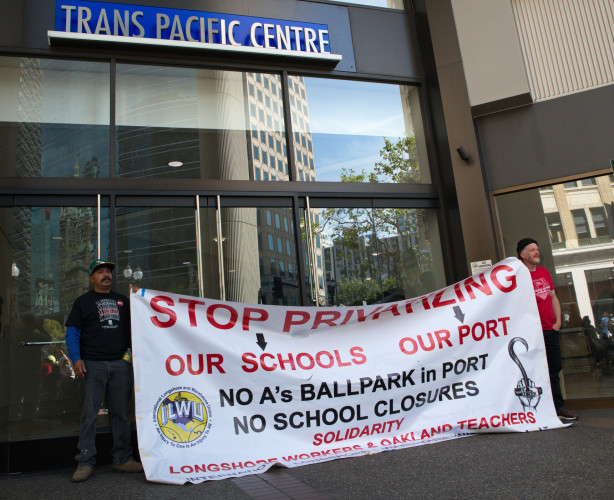 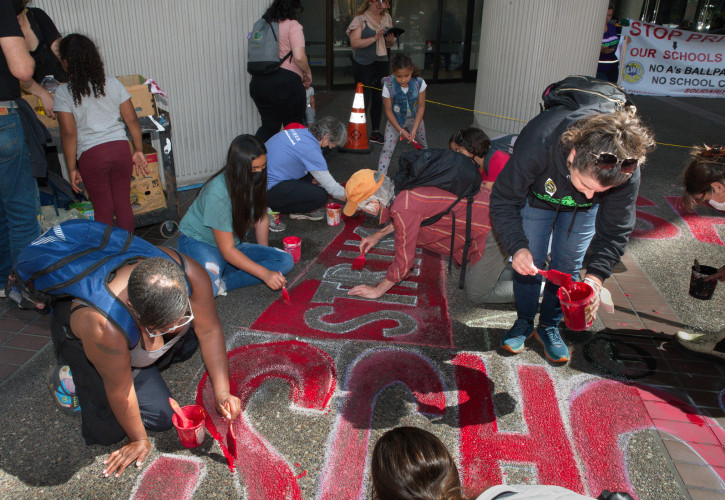 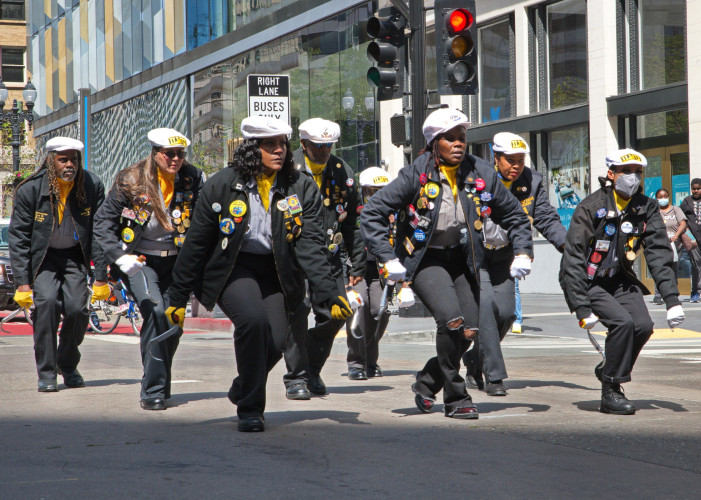 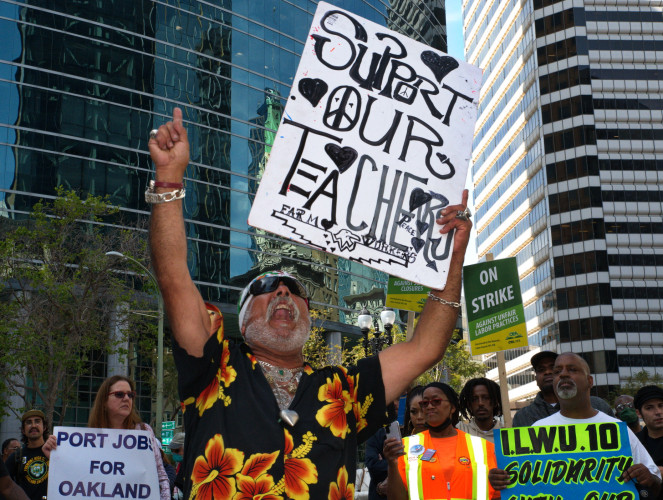 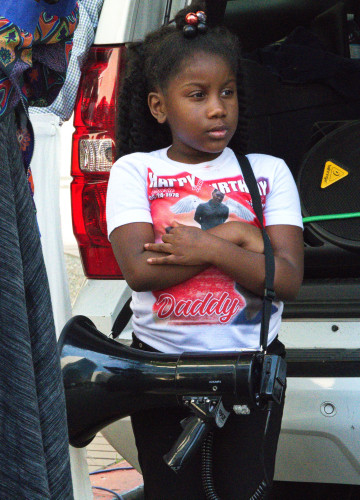 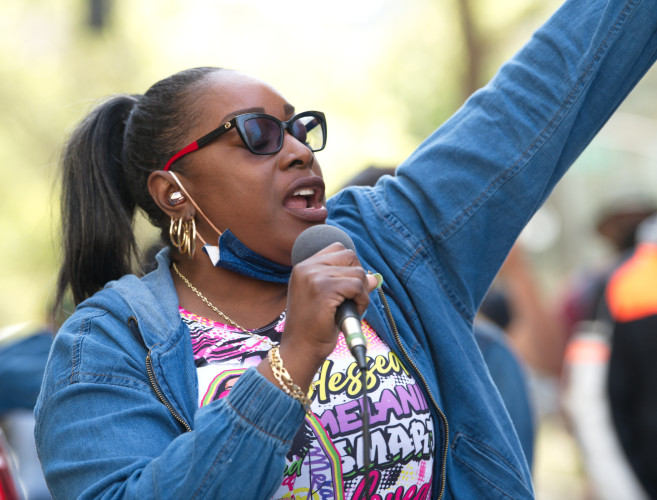 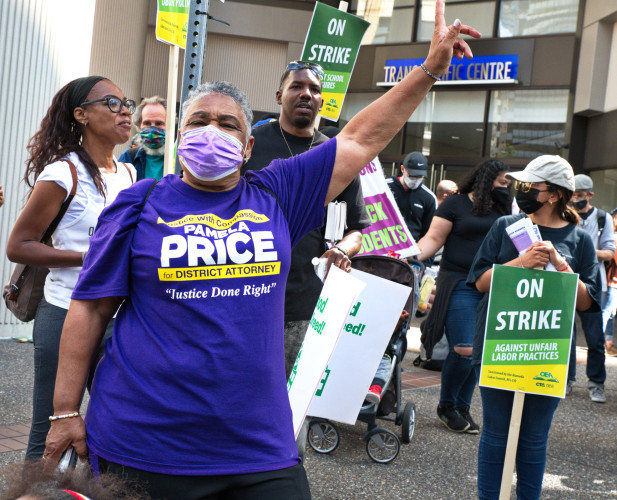 original image (1729x1400)
Add Your Comments
Support Independent Media
We are 100% volunteer and depend on your participation to sustain our efforts!