Add an Event
Newswire
Calendar
Features
Home
Donate
From the Open-Publishing Calendar
From the Open-Publishing Newswire
Indybay Feature
Related Categories: San Francisco | Labor & Workers
WorkWeek 4-28-22 Protest At AFL-CIO On Gov Funding & El Golpe,US Labor, the CIA, & Coup
by WorkWeek
Friday Apr 29th, 2022 11:19 AM
WorkWeek covers the collaboration of the AFL-CIO with the CIA and National Endowment For Democracy NED in the attacks on trade unionists at the Mexico City Ford assembly plant and also against South African BTR workers who were on strike. The AFL-CIO gave millions to Zulu Chief Buthelezi who then organized thugs to attack and murder union strikers and their families. 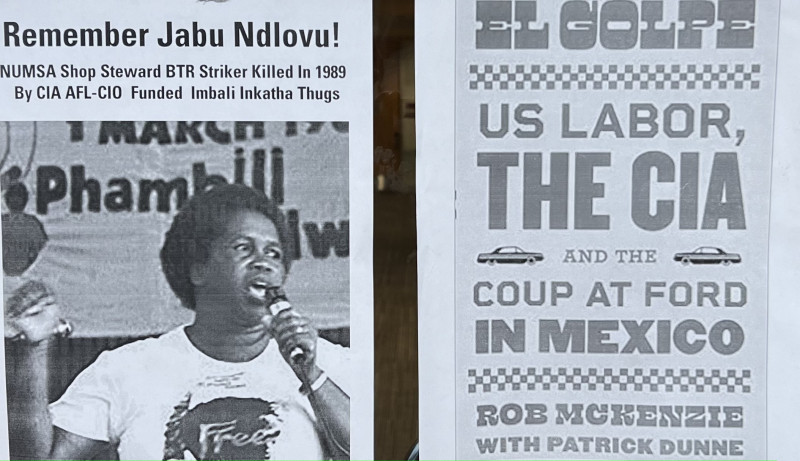 WorkWeek hears from a press conference at the AFL-CIO on April 8, 2022 on the issue of transparency of their international operations and their $75 million funding of the AFL-CIO Solidarity Center.

Next WorkWeek interview Rob Mckenzie, the author of El Golpe: US Labor, the CIA, and the Coup at Ford in Mexico. McKenzie was president of UAW Local 879 which was a Ford plant and began to investigate theassault and murder of Mexico City Ford plant worker Cleto Nigmo.

His struggle to expose this story of the CIA AFL-CIO connection according to McKenzie ran up against an organized effort to stop the release of historical archives.


WorkWeek 4-28-22 The AFL-CIO Collaboration With The CIA, NED In It's International Operations
https://soundcloud.com/workweek-radio/ww-4-28-22-afl-cio-the-cia-ned-its-international-operations

WorkWeek hears some of the reports of a national labor conference on the role of the AFL-CI around the world through the CIA ad the National Endowment For Democracy NED. Wee hear about the AFL-CIO In South Africa & Jabu Ndlovu With Trade Union Organizer David Hemson, The AFL-CIO,The US Government & Venezuela: A Report by James Patrick Jordan of AFGJ At LEPAIO Conference, and :He Who Pays The Piper Calls The Tune" AFL-CIO AIFLD In El Salvador with former UAW 909 president Frank Hammer 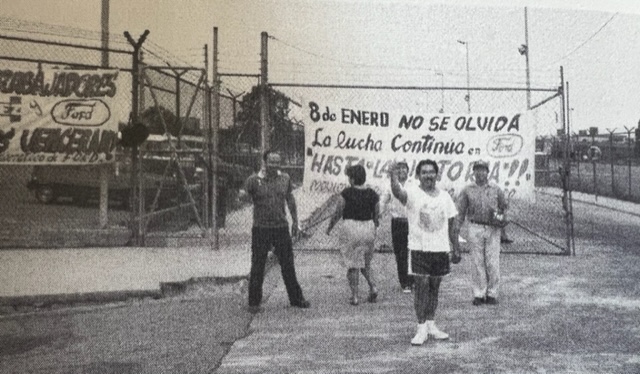 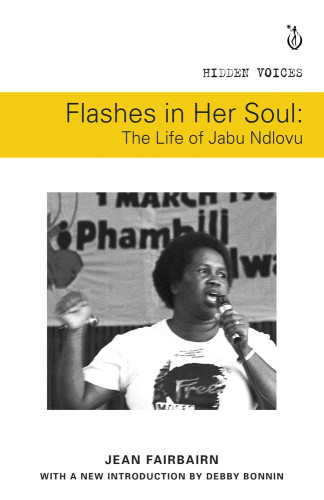 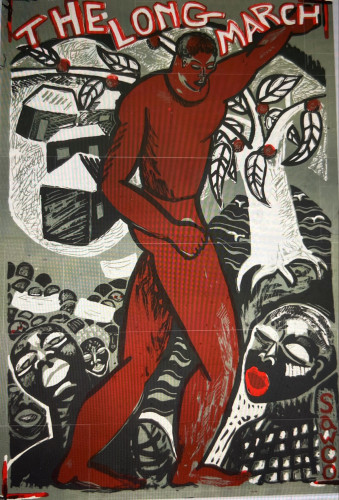 original image (2053x3024)
The BTR strikers in South Africa sent the Sisters of The Long March to the UK to raise money for their strike. One of the women strikers and shop stewards Jabu Ndlovu was murdered along with her family when she returned to South Africa.
https://soundcloud.com/workweek-radio/ww-4...
Add Your Comments
Support Independent Media
We are 100% volunteer and depend on your participation to sustain our efforts!