On Monday April 25th, protesters chained themselves together in Wells Fargo's "museum" and pasted a banner in the window banner that read "Your Lending is Ending All Life, Pass Resolution #9." Resolution 9, which directs the bank to divest from fossil fuel lending, is to be voted at the shareholder meeting set for the next day.

One group of activists met on San Francisco's Sansome Street in back of the old Federal Reserve Building at 9:30 AM. When they got word that another group had successfully penetrated and chained themselves together at the Wells Fargo office, they marched to the front of the bank on Montgomery Street with megaphones, signs and banners to provide support.

In addition to the "Your Lending is Ending All Life, Pass Resolution #9" banner pasted to the window, "WF Fund a Fossil Fuel Free Future" was hung from the interior balcony.

The standoff lasted several hours as those outside shouted, sang and handed out leaflets. Finally the police fingerprinted and handed out citations. Those inside not chained went outside to supporters' applause and proudly showed their citations. A huge fire truck arrived and firefighters bearing large bolt cutters went inside to undo the locks and chains. Still chained together, the other activists marched outside with raised fists. They posed, chains and all, for group photos. 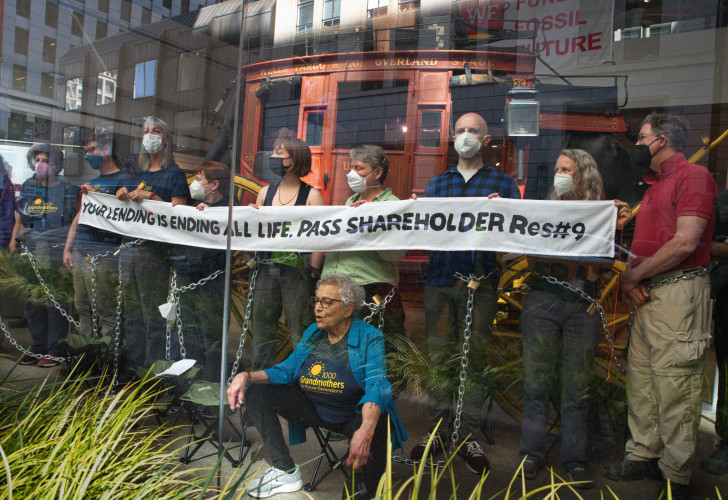 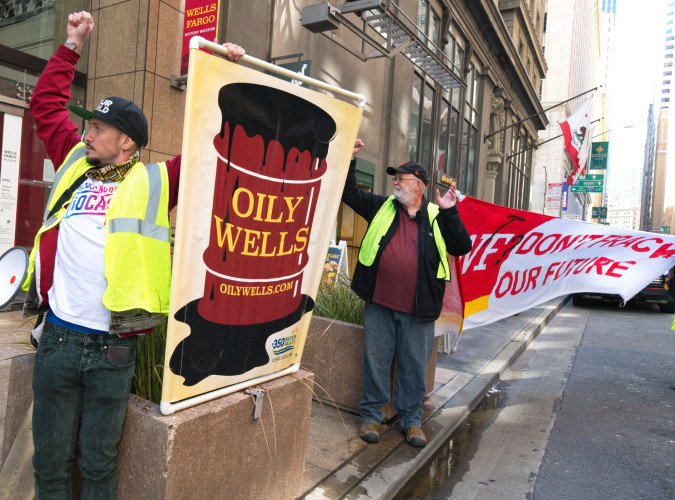 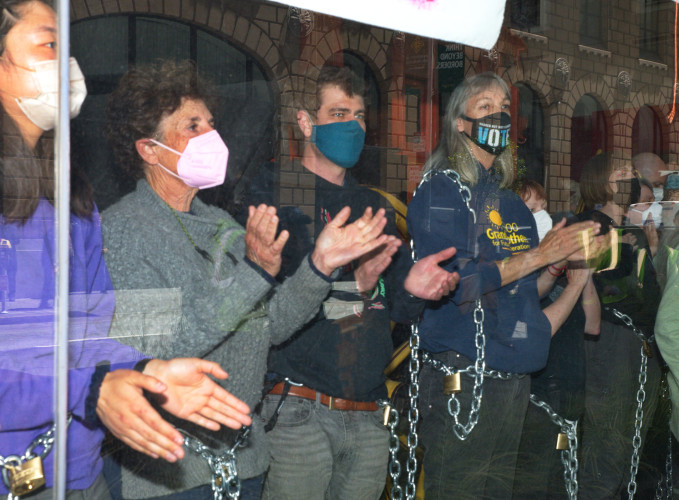 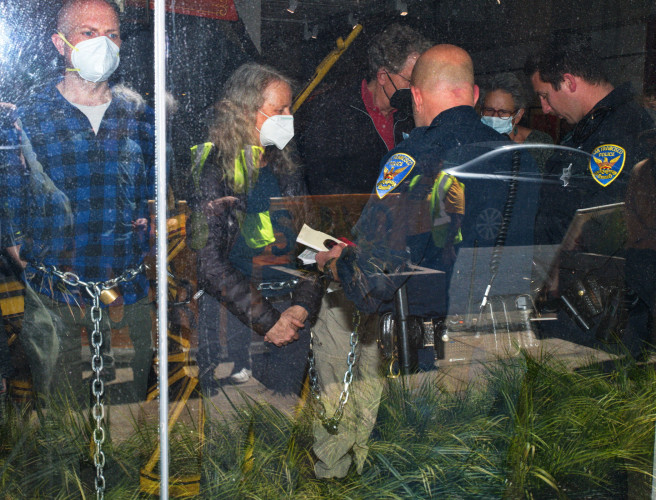 original image (2051x1400)
Add Your Comments
Support Independent Media
We are 100% volunteer and depend on your participation to sustain our efforts!