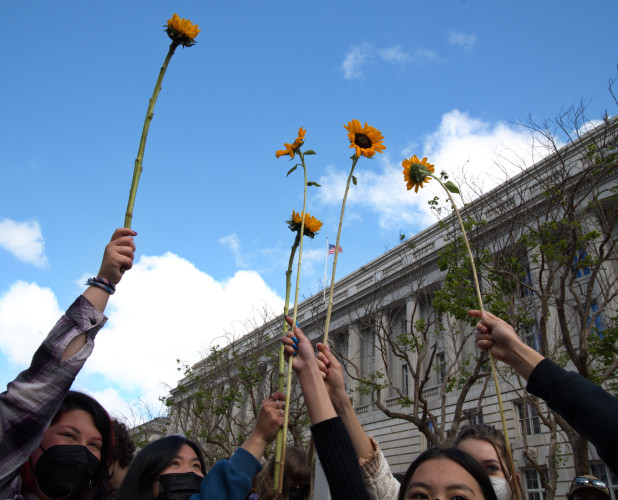 Organized by Youth vs Apocalypse and Greenaction, over 1000 protesters mostly of high school age gathered at 10am, many holding sunflowers. Shouting slogans they began their march up Market Street, then through several other streets ending up on the steps of City Hall.

Teachers kept the younger marchers organized. There was shouting and drumming. The 1000 grandmothers provided much sustenance. Fruits before the march and plates of warm natchos at the City Hall rally. Whatever challenges confront Bay Area environmentalists, lack of food is not one of them, thanks to the Grandmothers.

The rally at City Halls featured young speakers and performers.

While it’s lovely that Earth Day is a universal day that everyone gathers around with the intention of combating climate change, we need to make sure that we are inclusive in our actions. Historically, Earth Day has been a day in San Francisco where places like Golden Gate Park and Crissy Fields are cleansed and cared for while low income communities of color, like Bayview Hunters Point and Treasure Island, have been neglected by city, state, and federal elected officials and agencies. With full consciousness, the city is letting poor Black and Brown people die, allowing multiple generations to live on radioactive land and breathe dirty air. Our civic officials are complicit, silent, and indifferent about this because those most impacted are Black, Brown, and poor. We need to reframe how we celebrate this day with our actions.

This Earth Day, we call on those in the climate justice movement to fight with us to demand the cleanup of radioactive and toxic waste from our city. We call on those that recognize that at the root of the issues we face as low-income people, Black, Brown, Indigenous people, and as LGBTQ+ people, is a system profiting off of our struggles. We call on San Francisco to acknowledge our plight with climate injustice through actions.

We demand the San Francisco Board of Supervisors, Mayor Breed, the USEPA, State Department of Toxic Substances Control, the State Water Quality Control Board, and all elected officials for the:

We are taking back Earth Day this 2022 to demand environmental and climate justice NOW in the Bay Area & across the world. 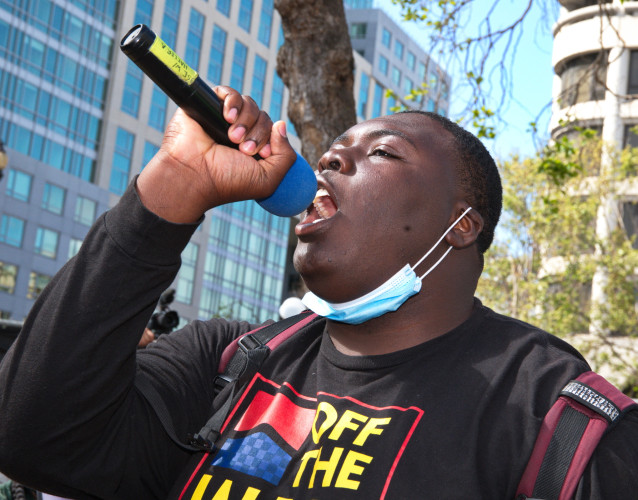 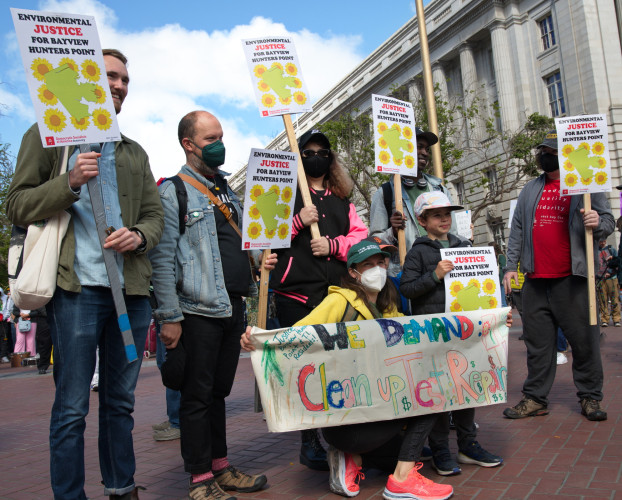 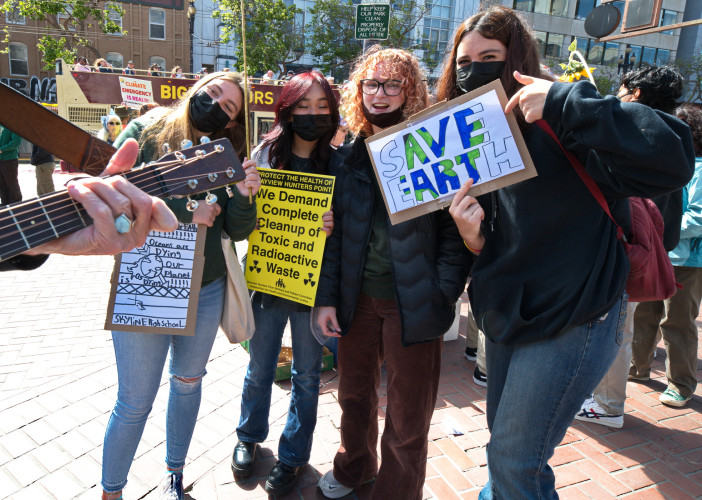 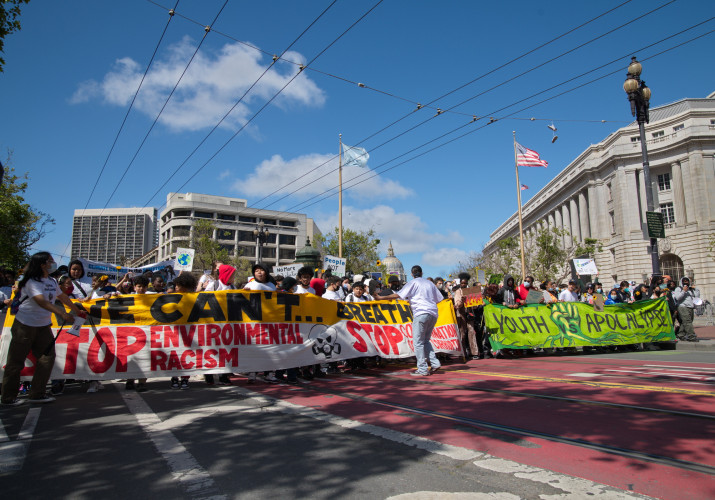 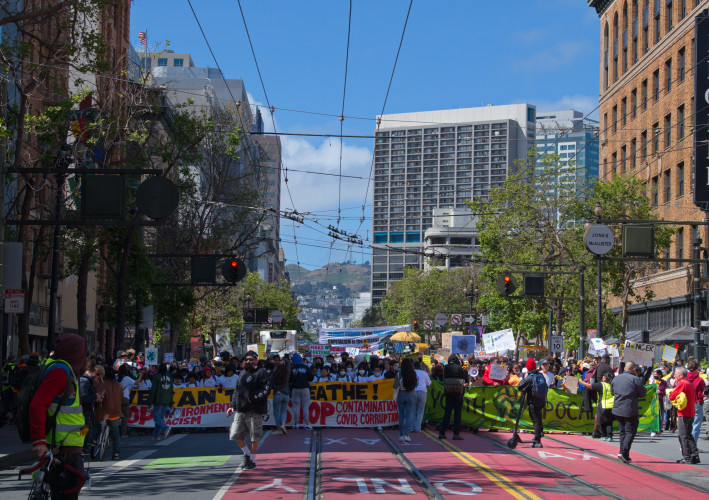 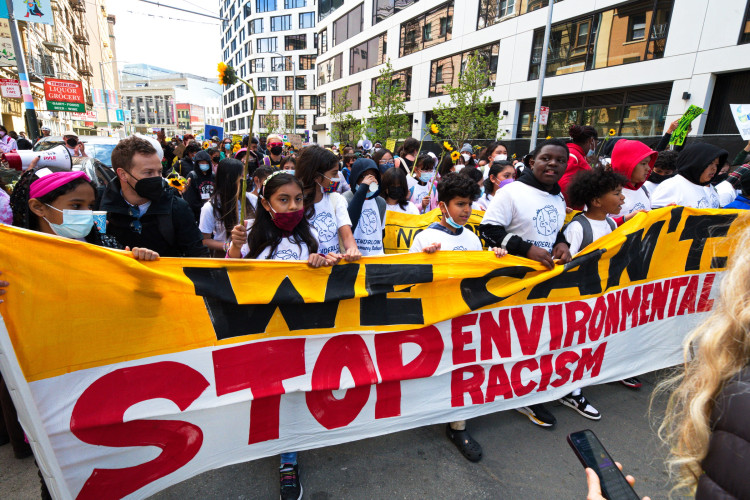 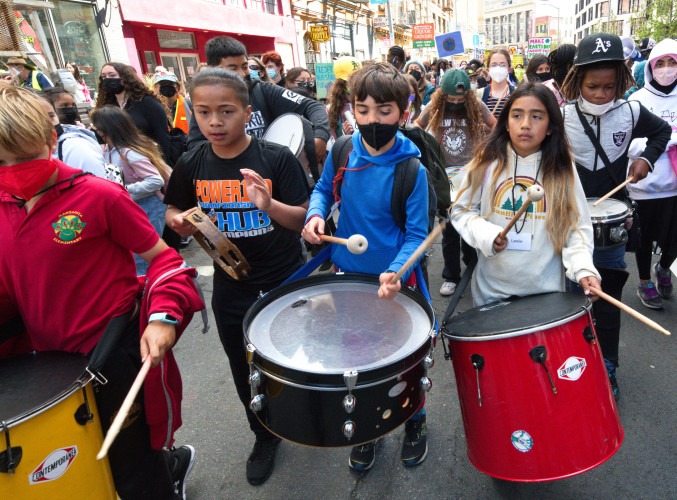 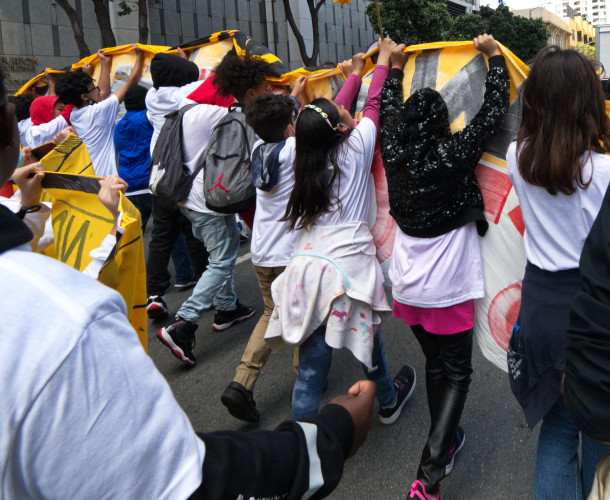 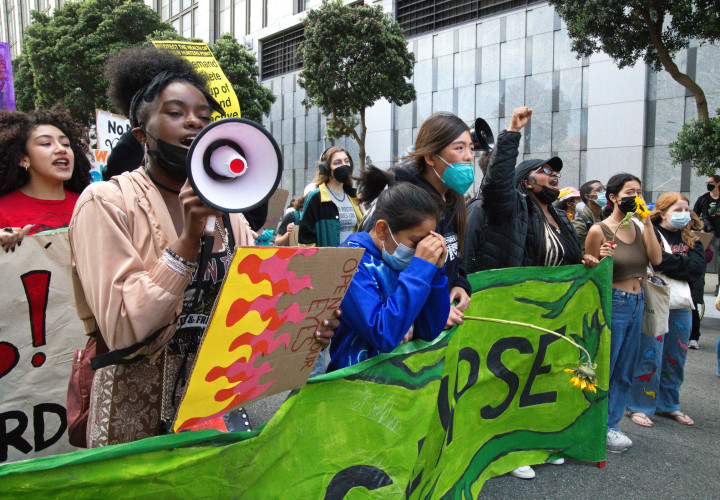 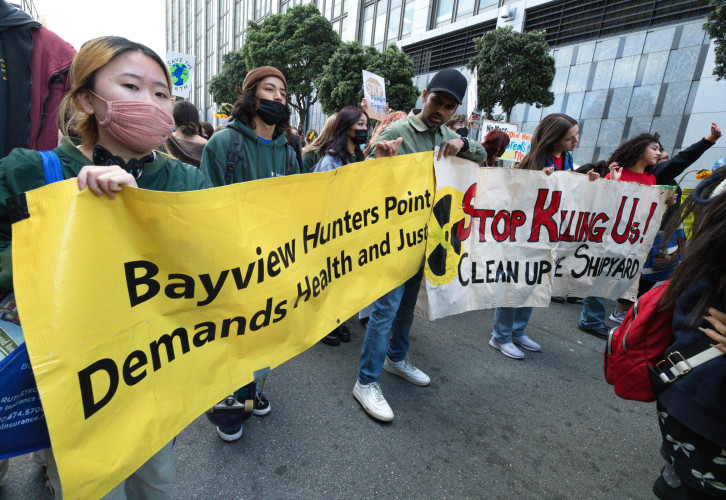 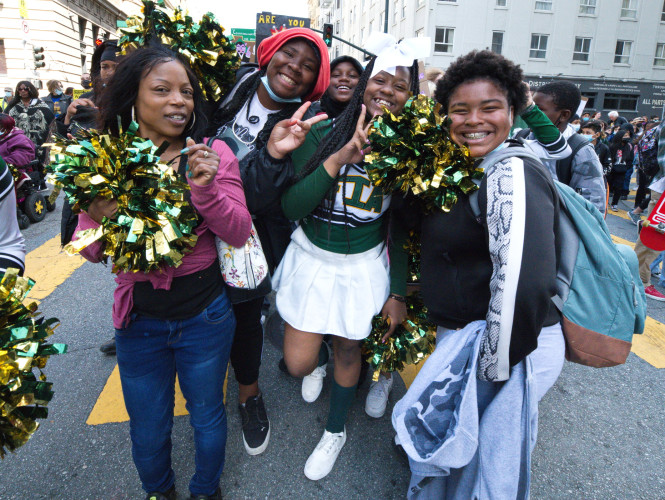 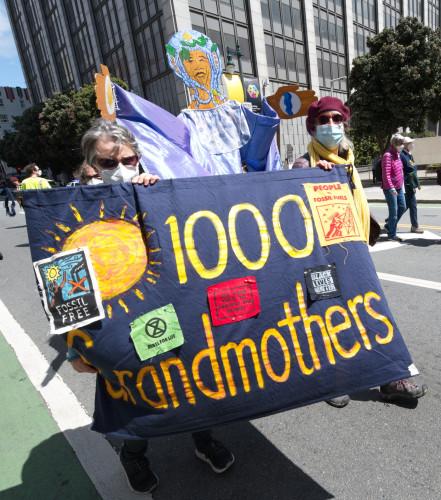 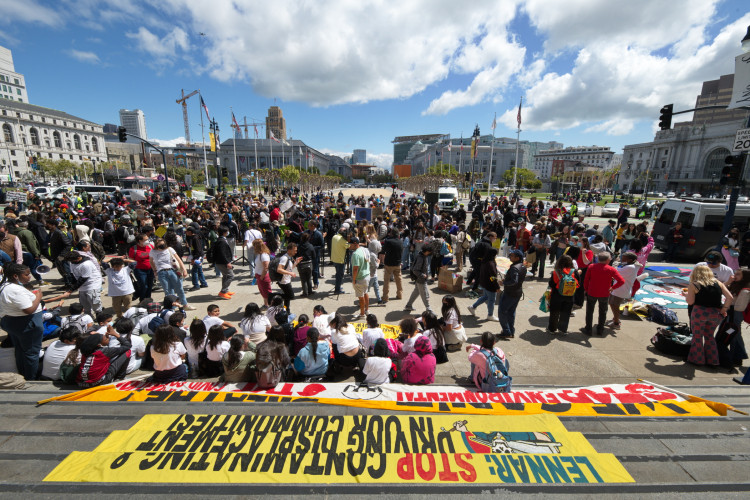 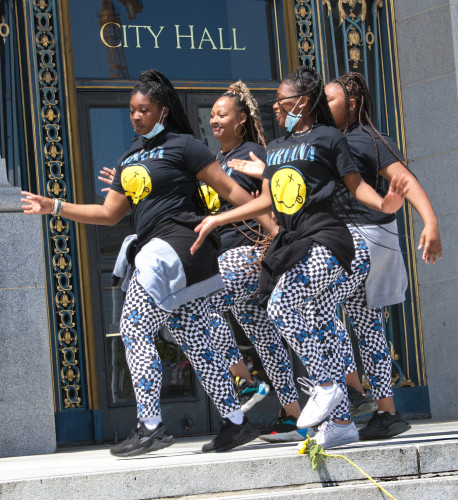 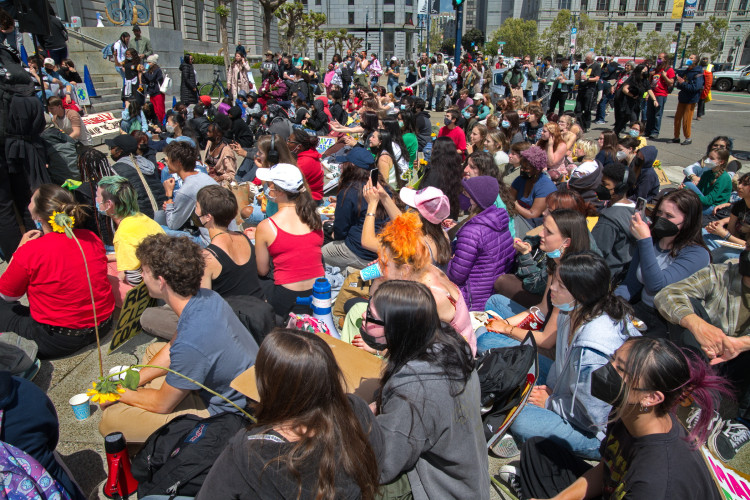 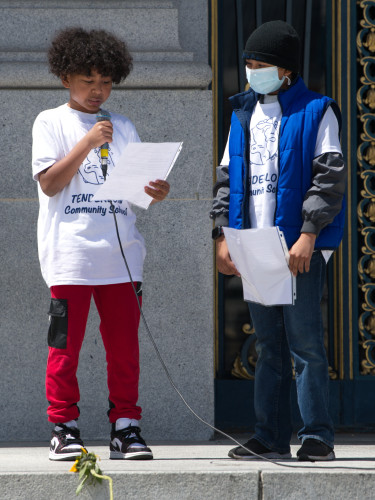 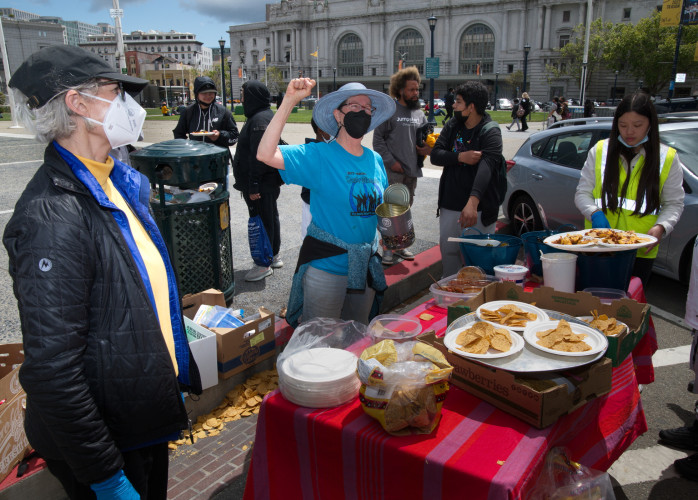 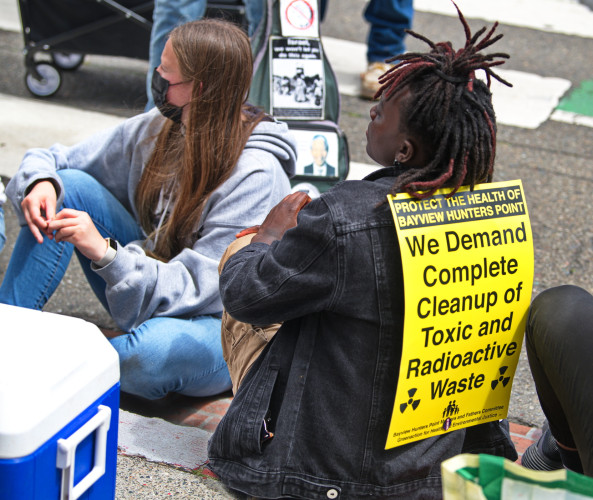 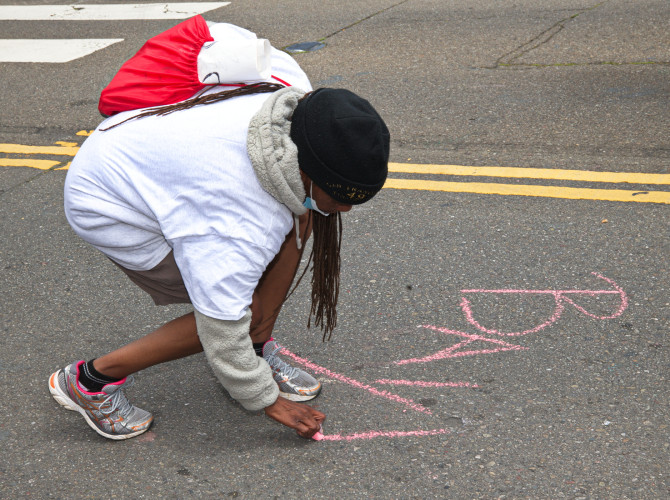 original image (1876x1400)
Add Your Comments
Support Independent Media
We are 100% volunteer and depend on your participation to sustain our efforts!