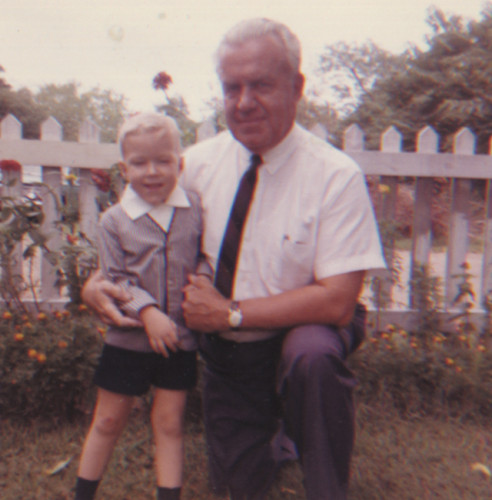 original image (640x650)
I wake with a feeling of unease nearly every morning these days as the world inches closer to the unthinkable.

Unlike many people I know I am personally very familiar with just how those advocating the use of nuclear weapons and the predictions of starvation think. No amount of death in pursuit of their goals is too gruesome to implement. That is why I wake in horror.

“You have to drop a nuclear bomb on Hanoi,” my mother’s father yelled into the receiver as he spun around his Needham, Massachusetts den surrounded by the 63 framed photos he took of the firebombing of Tokyo he snapped from a B29 flying at 20,000 feet above the smoldering death.

I watched him spend one afternoon after another pacing around his office in heated debates over the phone with his World War II friends, Curtis LeMay and Robert McNamara, demanding that the US drop a nuclear bomb on Hanoi to teach the communists that capitalism is boss.

He knew LeMay and McNamara from his days working in the Office of Strategic Services, the precursor to the Central Intelligence Agency, when he was directing Operation Meeting House from Burma. He let me know he had killed as many as a million Japanese civilians. He called this “a white man’s burden” that I would also have to “endure” when I came of age.

What first got my intention about preparations for a possible nuclear war was the Facebook posts in early February 2022 by Homeland Security.

Nuclear explosions can cause significant damage and casualties from blast, heat, and radiation but you can keep your family safe by knowing what to do and being prepared if it occurs.

A nuclear weapon is a device that uses a nuclear reaction to create an explosion.

Nuclear devices range from a small portable device carried by an individual to a weapon carried by a missile.

A nuclear explosion may occur with or without a few minutes warning.

Fallout is most dangerous in the first few hours after the detonation when it is giving off the highest levels of radiation. It takes time for fallout to arrive back to ground level, often more than 15 minutes for areas outside of the immediate blast damage zones. This is enough time for you to be able to prevent significant radiation exposure by following these simple steps:


Not a word about a nuclear war ending human life in the northern hemisphere.

The call for a direct conflict and a suggestion the US could and should use nuclear weapons against Russia was outlined in the long rambling essay, “The Price of Hegemony – Can America Learn to Use Its Power?”’ by Robert Kagan in the May 2022 issue of Foreign Affairs outlining the rationale for going to war with Russia. His wife is Victoria Nuland, Under Secretary of State for Political Affairs and the director of the US war effort in Ukraine.

Kagan writes, “It is better for the United States to risk confrontation with belligerent powers when they are in the early stages of ambition and expansion, not after they have already consolidated substantial gains. Russia may possess a fearful nuclear arsenal, but the risk of Moscow using it is not higher now than it would have been in 2008 or 2014, if the West had intervened then.”

In an intercepted phone conversation between Kagan’s wife, then Assistant Secretary of State Victoria Nuland and the US Ambassador to Ukraine, Geoffrey Pyatt, published before the violent coup that installed Yatseniuk as president:

I think Yats is the guy who’s got the economic experience, the governing experience. He’s the… what he needs is Klitsch and Tyahnybok on the outside. He needs to be talking to them four times a week, you know. I just think Klitsch going in… he’s going to be at that level working for Yatseniuk, it’s just not going to work.

Nuland: So on that piece Geoff, when I wrote the note [US vice-president’s national security adviser Jake] Sullivan’s come back to me VFR [direct to me], saying you need [US Vice-President Joe] Biden and I said probably tomorrow for an atta-boy and to get the deets [details] to stick. So Biden’s willing.

Biden, Sullivan and Nuland are still running the Ukrainian war against Russia and now their administration is floating the idea that we can survive a nuclear conflict and that we may need to strike first.

“Given the potential desperation of President Putin and the Russian leadership, given the setbacks that they’ve faced so far militarily, none of us can take lightly the threat posed by a potential resort to tactical nuclear weapons or low yield nuclear weapons,” US CIA Director Bill Burns said in public remarks at Georgia Tech on April 14, 2022.

A day later CNN airs an interview with Ukrainian President Zelensky writing that, “all of the countries of the world” should be prepared for the possibility that Russian President Vladimir Putin could use tactical nuclear weapons in his war on Ukraine.

And if normalizing nuclear war isn’t frightening enough we now have to worry about hunger. “We did talk about food shortages and it’s going to be real”, Biden said at a news conference in Brussels during the meeting of the G-7. “The price of the sanctions is not just imposed upon Russia. It’s imposed upon an awful lot of countries as well, including European countries and our country as well.”

Santa Cruz Food Not Bombs is already experiencing both an increase in people joining us for our daily meal and a reduction in food donations that Second Harvest Food Bank and local groceries report is due to supply chain disruptions.

Even before the war in Ukraine, food banks were warning of an increase in hunger. In January CNN aired a story called “Hunger in America could get worse as supply chains tighten”.

Two weeks later the Washington Post published a story “An invasion of Ukraine could drive up global food prices and spark unrest far from the front lines.”

“Should peace not prevail, western-gazing Ukrainians would pay the highest price. But in a worst-case scenario, the cost of a major Russian invasion of Ukraine — one of the world’s largest grain exporters — could ripple across the globe, driving up already surging food prices and increasing the risk of social unrest well beyond Eastern Europe.”

So peace did not prevail and food costs were already increasing to the point that many American families are suffering.

This is of course the perfect time for the City of Santa Cruz to pass an ordinance restricting protest against war, poverty and the sharing of food.

Which will C) Will result in the placement of structures or objects on streets or, sidewalks, or other pedestrian walkways exceeding twelve square feet in size or six feet in height; and/or(e) Which in may result in donations for nonprofit organizations; and/orD) Is conducted on a regularly scheduled basis at a single location for more than two consecutive days per week.

(f) It shall be a misdemeanor for a public gathering and expression event participant to fail or refuse to comply with a revocation order made pursuant to Section 10.65.240, 10.65.270, or 10.65.280.(g) Any violation of this Chapter, in addition to the penalties set forth in this section, is hereby declared a public nuisance and may be abated by any method authorized under Title 4 of this Code including, but not limited to, by civil injunction in accordance with Section 4.04.020.

The US plans to spend $34.4 billion to modernizing its nuclear warfare capability according to the US Defense Department’s 2023 budget or approximately the cost that the US Housing and Urban Development claims would house all of America’s homeless.

This is that moment when the four decades long campaign by Food Not Bombs must have an impact on the policies of governments that have until now made a priority of war over the security of food, housing and other domestic needs.

I can understand how difficult it is to contemplate the dark future that the Biden administration has set out before us but we must if we have any hope of survival. These monsters in power are willing to use nuclear weapons and that is why they are promoting the illusion that we can survive it while providing the justification for a preemptive first strike.

They are also willing to starve billions of people including those of us here in the United States that they have long perceived as “useless eaters”.

It is time we unite and force the redirection of our national resources from the military to food, housing, education, healthcare and other social services. Exactly the demands that caused the FBI – Joint Terrorism Task Force to declare Food Not Bombs a “credible national security threat” on August 29, 1988. 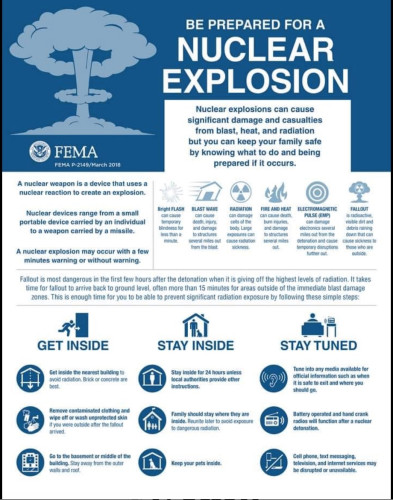 §Robert Strange
by Dave
Tuesday Apr 26th, 2022 12:49 AM
You might expect someone with the middle name "Strange" to have some stories, and Robert Strange McNamara certainly does.
The failed engineer McNamara was quite a political success at Ford Motors, where he convinced them to fully support the biggest failure in their history: The Edsel.
Likewise, it was McNamara who sold the idea of the Vietnam War, though JFK had no part of it, Johnson was ready to go, and thus the Gulf of Tonkin started our presidential wars without end.
Quite a story you got there Kieth, tops even my family stories about the guys in the Hallyard Mission, one of whom was an upright bass player your dad may have known... in Burma. lol
Add a Comment
Support Independent Media
We are 100% volunteer and depend on your participation to sustain our efforts!