Rising Up for Abortion Rights in Berkeley

by Rose
On April 9, about a hundred demonstrators rallied in Sproul Plaza on the University of California campus, then marched across campus and through the city's downtown. They stopped at high rise student dorms where they shouted and cheered in the courtyards, calling up for students to join in. 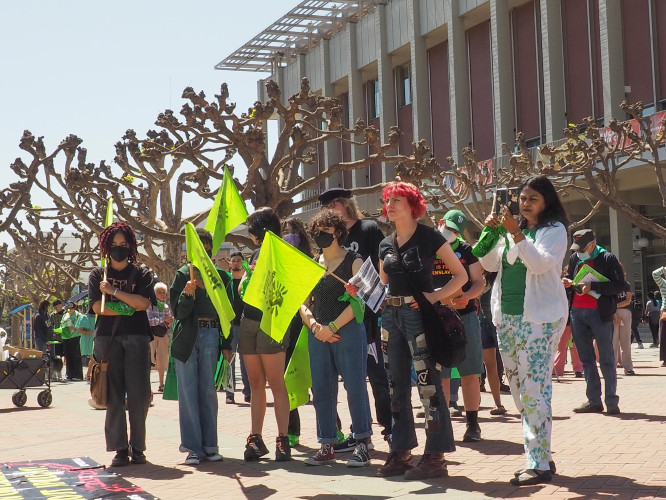 Demonstrators for abortion rights and reproductive justice sported green bandanas and waved green flags in front of historic Sproul Hall, the iconic site of the 1960's free speech movement. The Green Bandana is a symbol for abortion rights throughout Latin America. Through sustained protests that have been called a “Green Wave” women in Argentina, Colombia, and Mexico have succeeded in decriminalizing abortion.

Queer core horror punk band Closet Monster opened the rally and called out to the counter protesters in the very back of the demonstration. The F word flew and the Raging Grannies didn't hesitate to join in.

The U.S. Supreme Court is poised to make a ruling that could overturn Roe v. Wade, which legalized abortion. April 9 was a national day of action for Reproductive Justice/Abortion Rights that saw a dozen demonstrations, including large ones in New York City and Los Angeles. 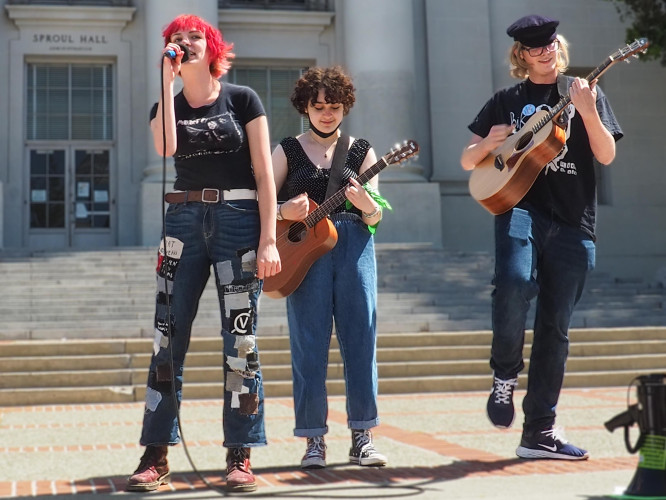 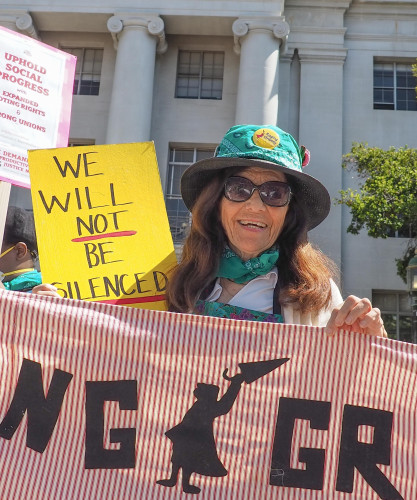 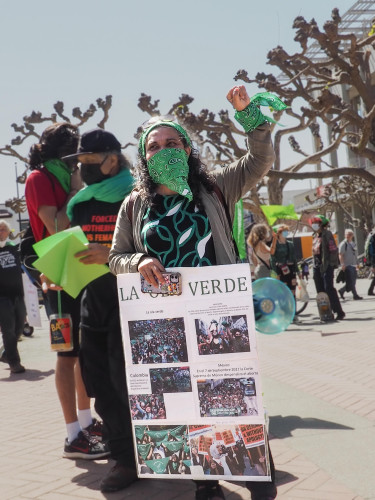 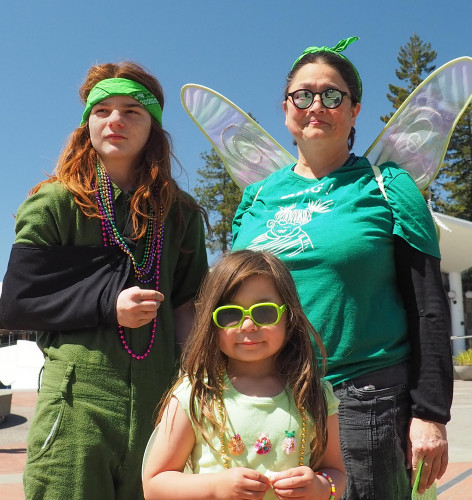 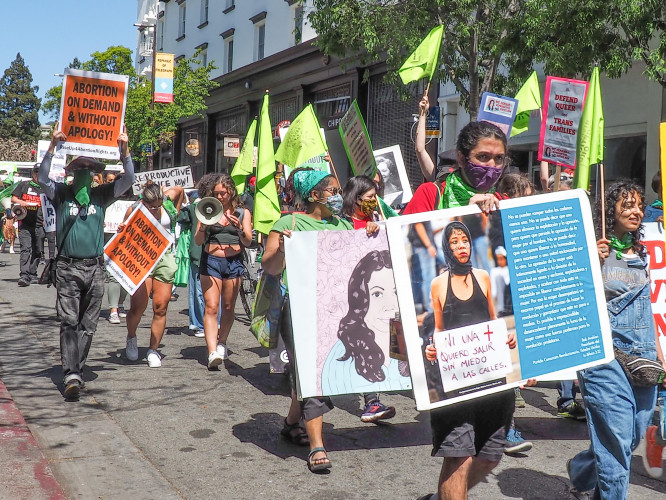 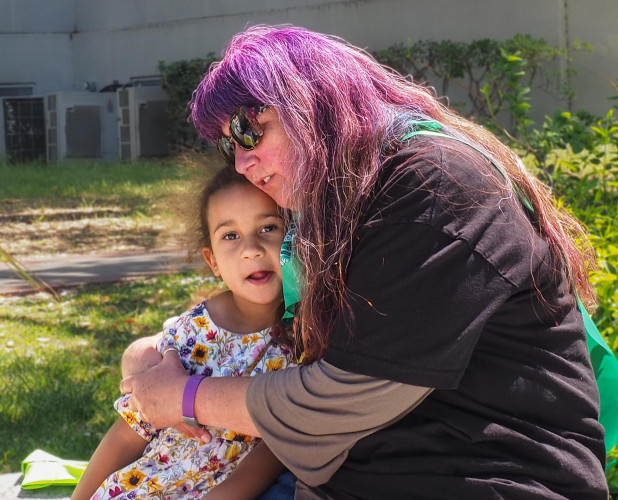 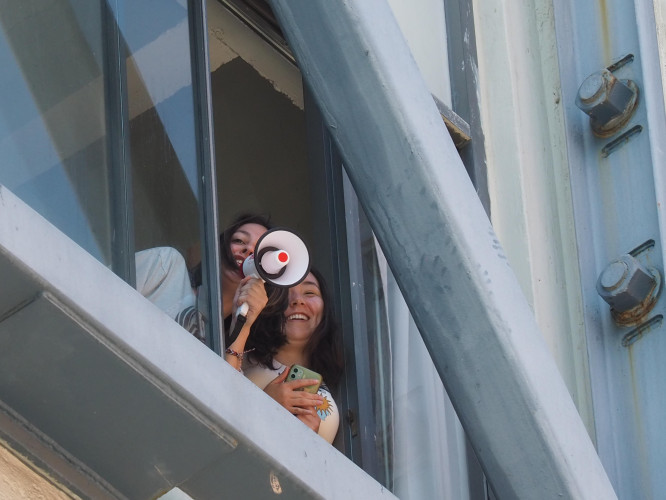 original image (4608x3456)
...these students joined in the rally with supportive cheers
§Calling for Reproductive Justice
by Rose 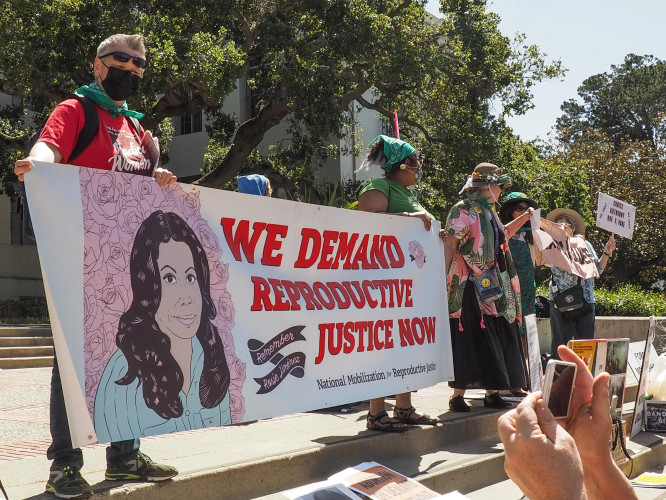 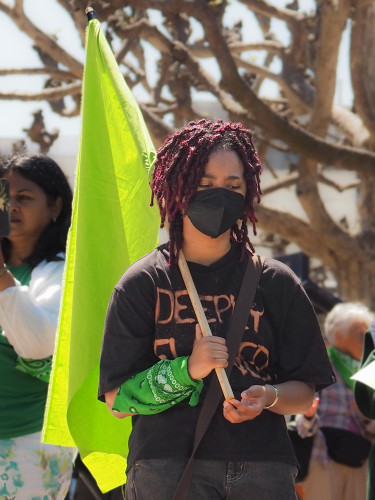 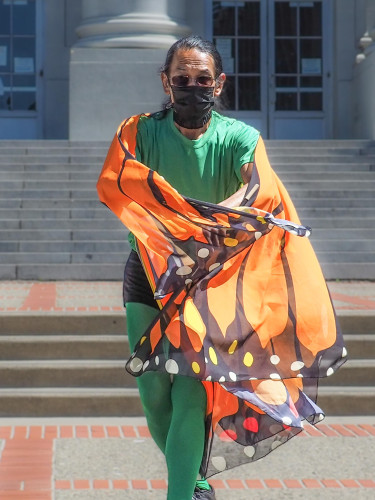 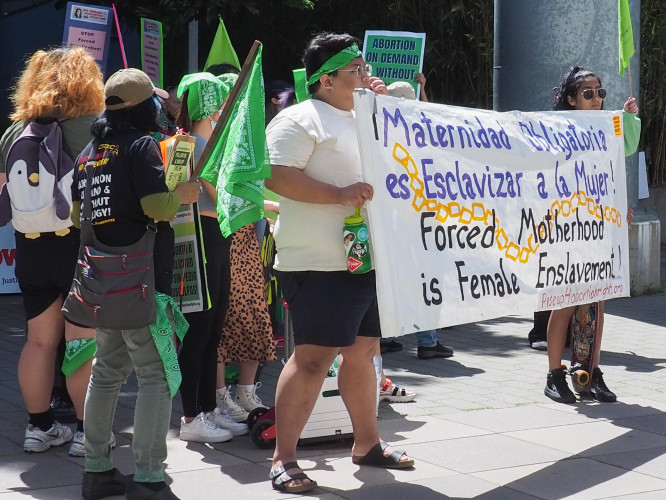 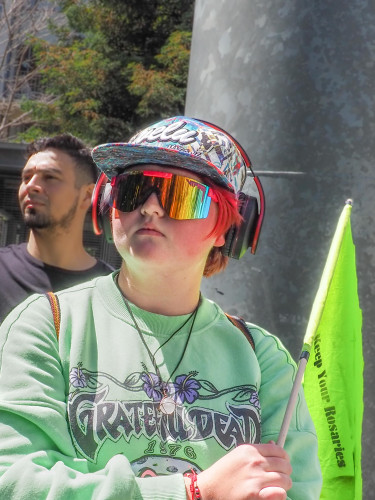 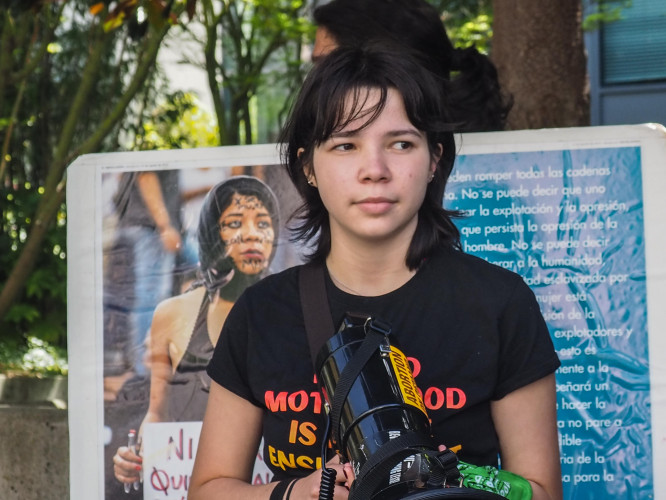 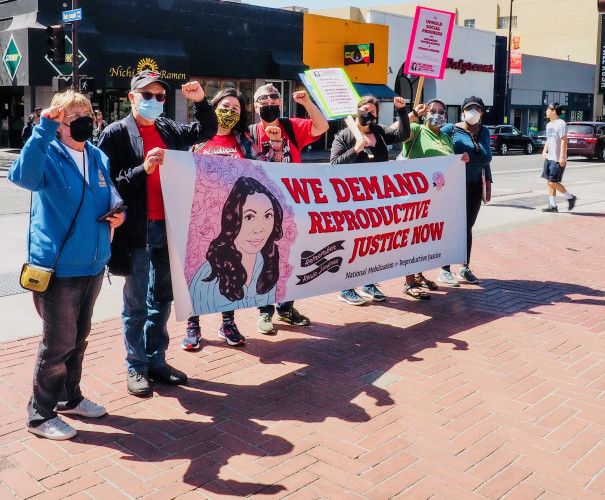 original image (3000x2478)
Jimenez died of a back alley abortion after the Hyde Amendment passed, eliminating federal aid for abortions
§Student with Skateboard
by Rose 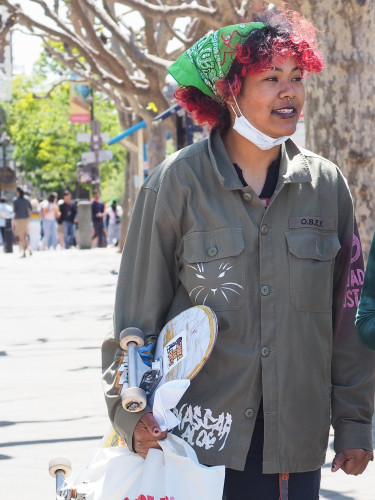 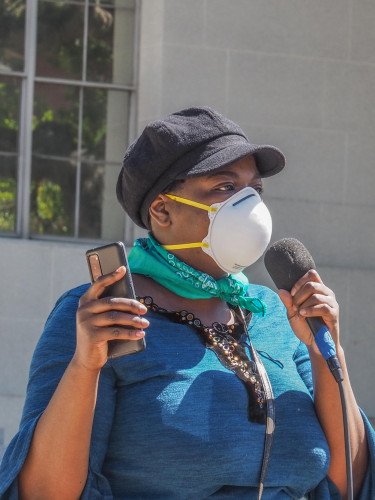 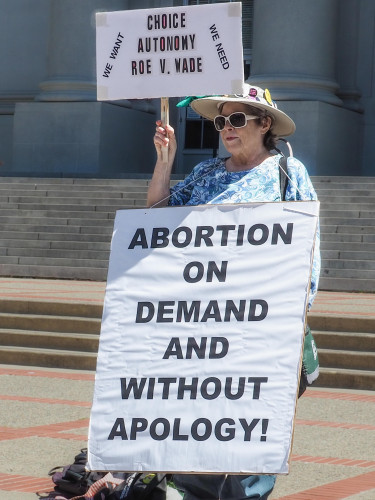 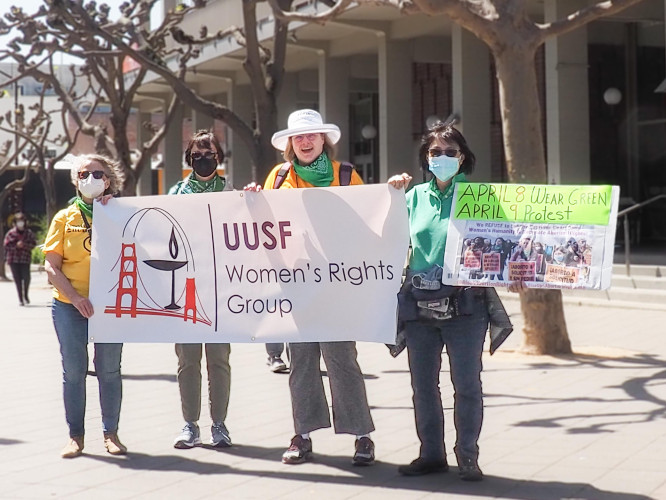 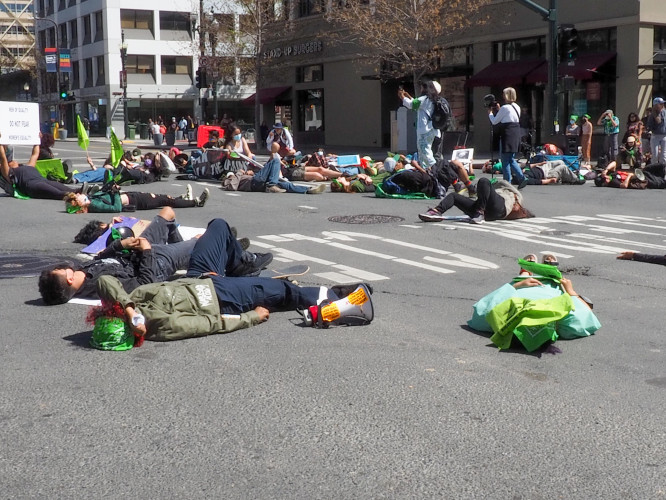 original image (4608x3456)
Add Your Comments
Support Independent Media
We are 100% volunteer and depend on your participation to sustain our efforts!