Add an Event
Newswire
Calendar
Features
Home
Donate
From the Open-Publishing Calendar
From the Open-Publishing Newswire
Indybay Feature
Related Categories: U.S. | Womyn
Under Pressure, Texas DA Drops Murder Charge Against Woman in Abortion Case
by Julia Conley, Common Dreams
Monday Apr 11th, 2022 1:13 AM
The district attorney of Starr County, Texas on April 10 said he would drop a murder charge against Lizelle Herrera, a woman who was arrested on April 8 for allegedly causing "the death of an individual by self-induced abortion." 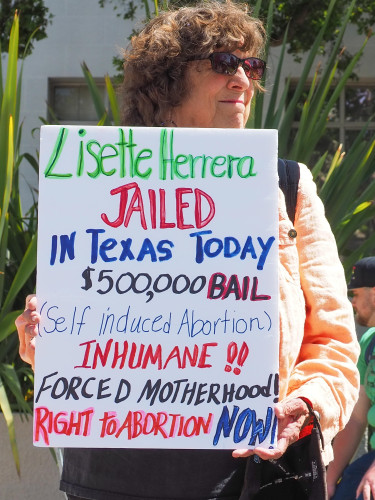 Lizelle Herrara was arrested on April 7 for allegedly causing "the death of an individual by self-induced abortion. "In reviewing applicable Texas law, it is clear that Ms. Herrera cannot and should not be prosecuted for the allegation against her," said District Attorney Gocha Allen Ramirez in a statement, adding that her case was "not a criminal matter."

Herrera's arrest sparked national outrage on Saturday after she was held on $500,000 bond in a jail in Rio Grande City. Frontera Fund, which raises funds for people in southern Texas to obtain abortion care, spoke out against Herrera's arrest on social media and joined South Texans for Reproductive Justice in leading a rally outside the jail.

The groups were credited with pressuring the district attorney to drop the charges.
https://www.commondreams.org/news/2022/04/...
§Calls for Reproductive Justice at a Protest in Berkeley on April 9
by Julia Conley, Common Dreams
Monday Apr 11th, 2022 1:13 AM 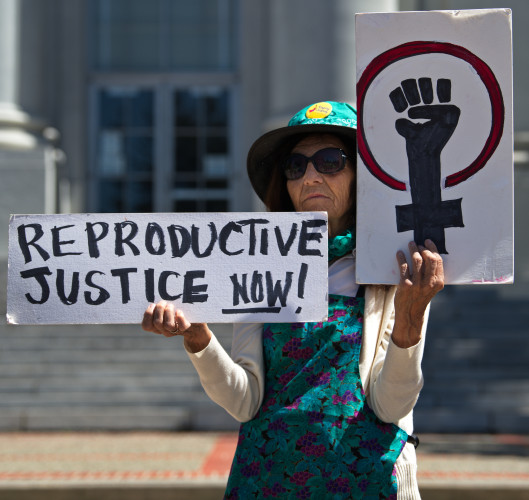 original image (2224x2100)
https://www.commondreams.org/news/2022/04/...
Add Your Comments
Support Independent Media
We are 100% volunteer and depend on your participation to sustain our efforts!