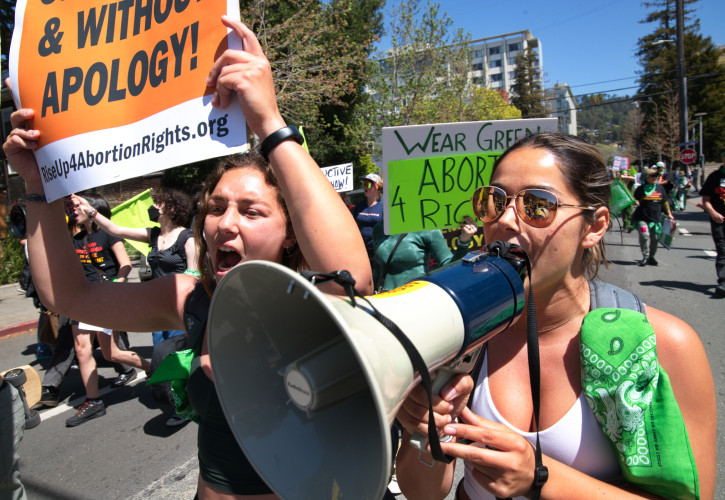 Groups including the National Mobilization for Reproductive Justice-SF (NMRJ-SF) gathered in UC Berkeley Sproul Plaze for a rally and march through Berkeley on Saturday, April 9th.

There were speeches and music. A visiting Irish mother told of the trauma that she had to go through in Ireland to obtain a medically required abortion in spite of that country's very slightly liberalized laws.

The crowd heard about women in the U.S. who now stand accused of murder because they wanted to end their pregnancies in fascist controlled states and about the Supreme Court about to make abortion illegal again.

Wearing the movement color green, marchers held "mini" rallies in the courtyards of several UC dormitories where they shouted slogans including "keep your rosaries off my ovaries" and "it's not a baby till it comes out, that's what birthdays are all about." They called on students to join them.

They held a "die in" in downtown Berkely and then returned to Sproul Plaza. 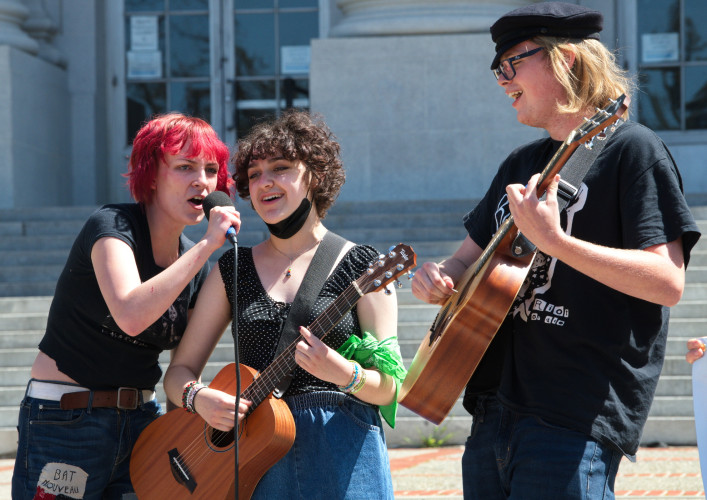 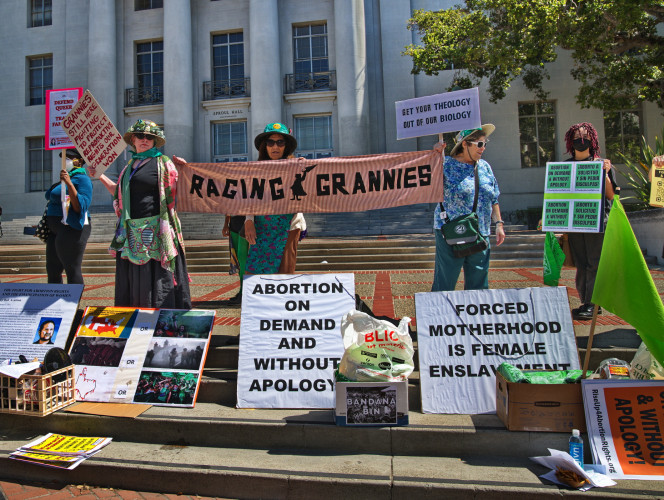 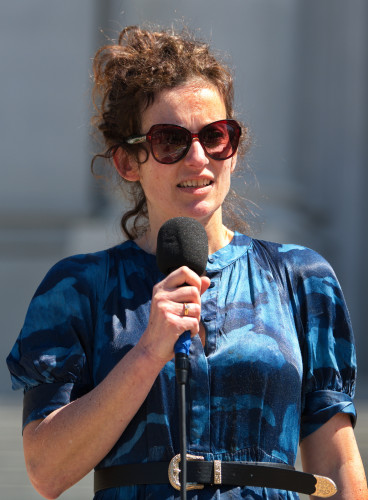 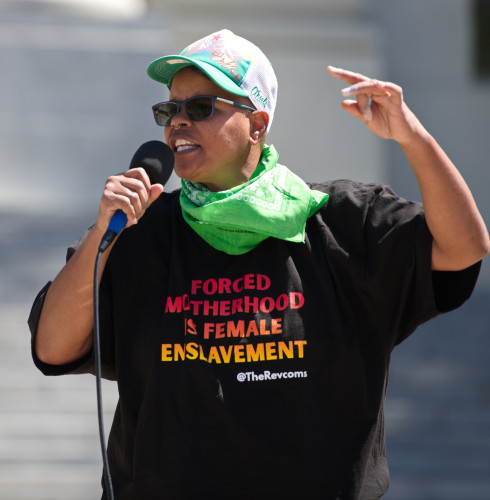 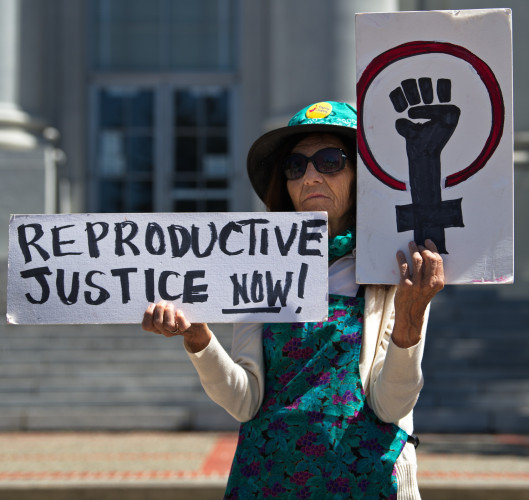 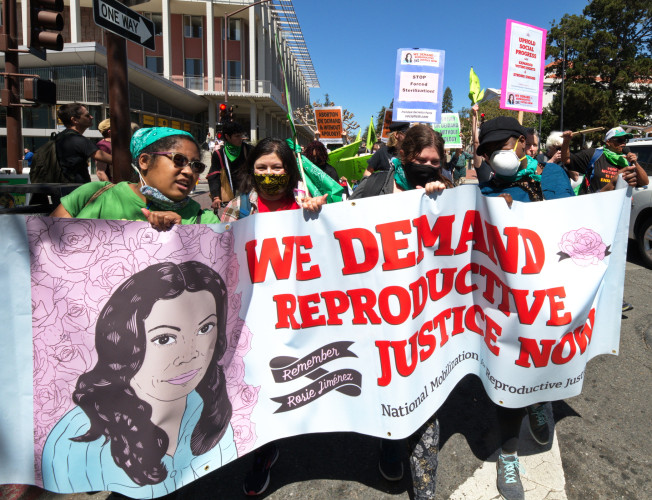 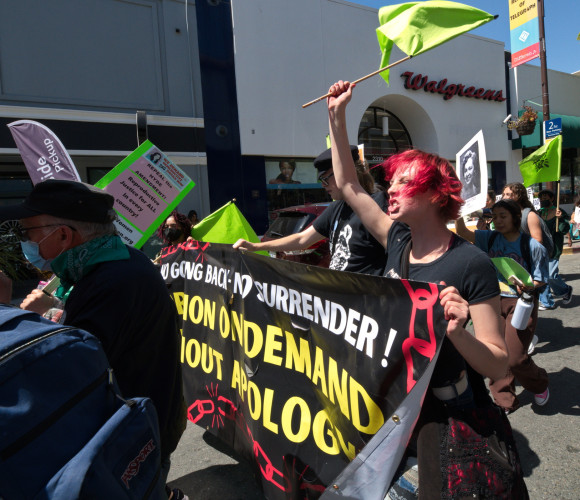 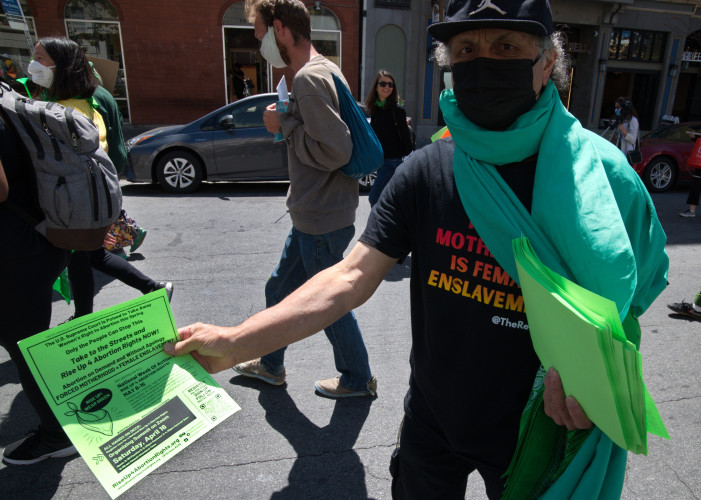 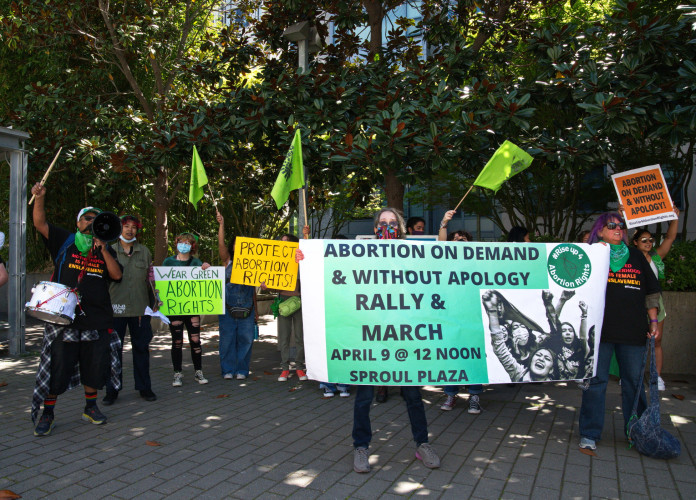 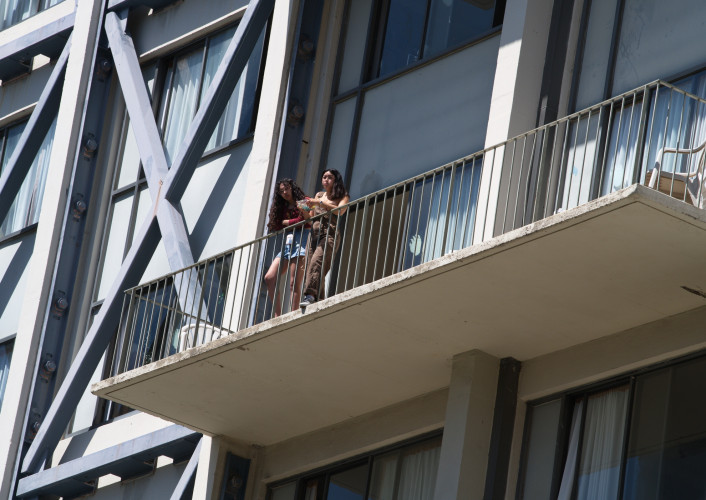 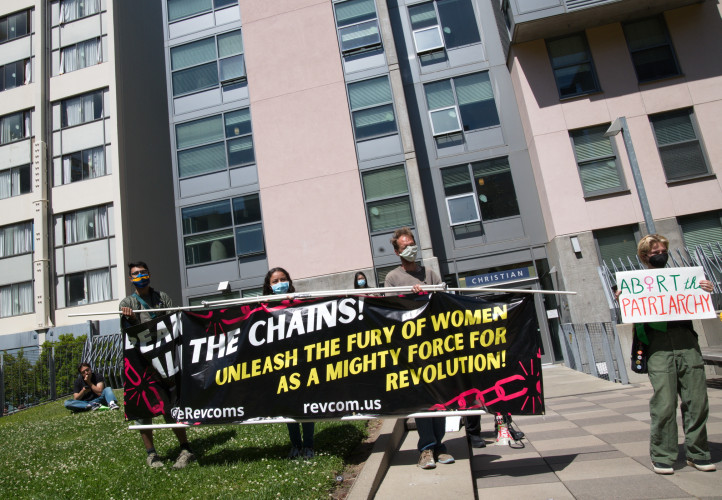 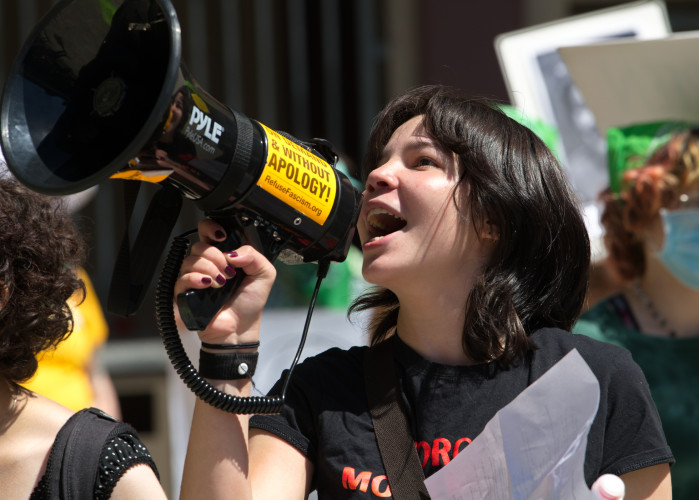 original image (1958x1400)
Add Your Comments
Support Independent Media
We are 100% volunteer and depend on your participation to sustain our efforts!