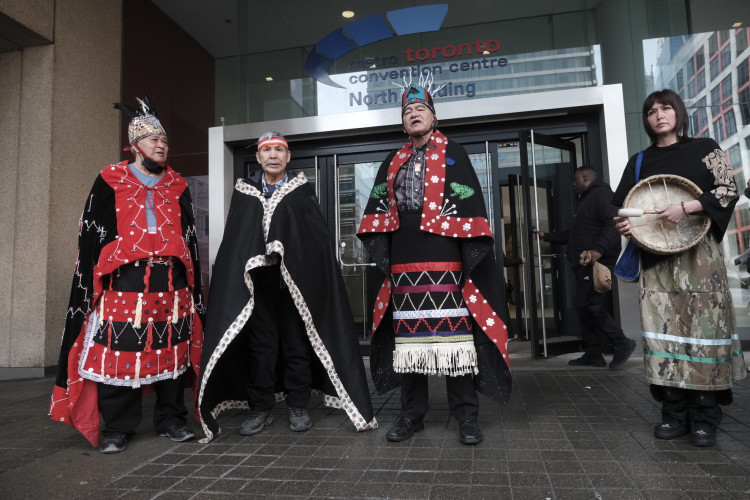 In the face of growing opposition to the Royal Bank of Canada (RBC)’s financing of fossil fuel projects including the Coastal GasLink fracked gas pipeline, Canada’s largest bank canceled the in-person portion of their annual shareholder meeting less than 24 hrs before it was scheduled.

A delegation of Wet'suwet'en Hereditary Chiefs announced they were attending the meeting on Wednesday and traveled from British Columbia to attend.

The meeting was canceled shortly after, with RBC claiming a COVID outbreak amongst key personnel. Canada’s second largest bank, Scotiabank, held their shareholder meeting on Tuesday, despite their CEO contracting COVID and unable to participate.

“This doesn’t seem like a coincidence,” said Sleydo’, Spokesperson for the Gidimt’en Checkpoint who traveled from the Yintah, the Wet'suwet'en traditional territory, to attend the meeting.

“RBC has a track record of ignoring our concerns, and the criticism of shareholders and customers. It seems like they don’t want to answer for their financing of the rights-violating Coastal GasLink fracked gas pipeline and to face us in person.

“When the smoke of wildfires is choking life, and the floods are drowning cities, the children of the world will ask who did this. RBC will be and is on that list. That is the legacy that RBC is leaving behind. RBC claims to empower youth; however, there is no youth empowerment if you are killing our chances at a livable future. For those on the frontlines, such as my people in India, the disasters I’ve mentioned are a living reality” said Aishwarya Puttur, Youth Core Organizer and Education Outreach Coordinator at Banking on a Better Future. 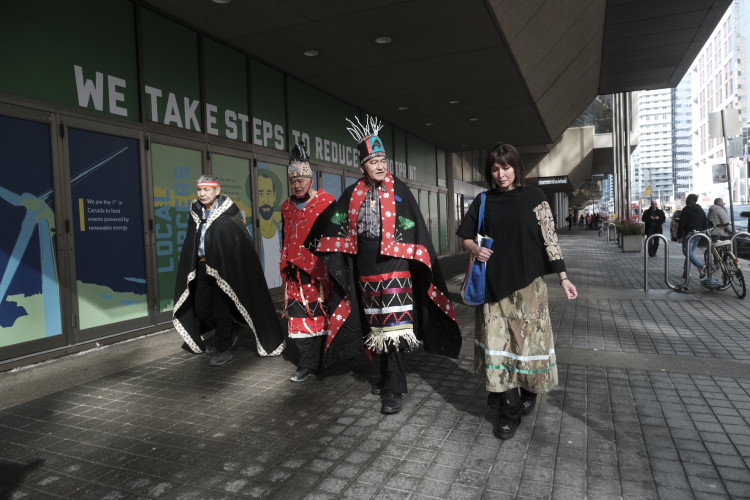 original image (1776x1184)
https://www.stand.earth/
Add Your Comments
Support Independent Media
We are 100% volunteer and depend on your participation to sustain our efforts!