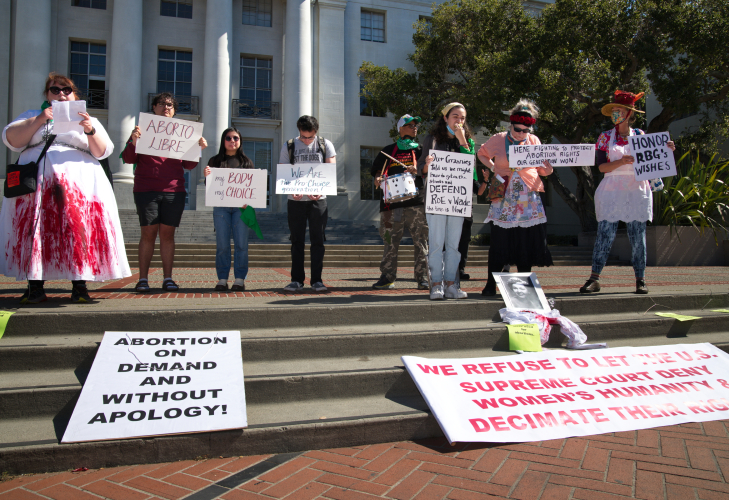 With the Supreme Court poised to overturn or substantially curtail Roe v. Wade, demonstrators young and old gathered on March 8 at the University of California’s Berkeley campus to demand the legal right to abortion. The protest was in response to a national call for action by the new movement riseup4abortionrights.org.

Protest organizer Magda Cholewinska, who wore a blood stained wedding dress, said “We refuse to let the U.S. Supreme Court deny women humanity and decimate our rights." Demonstrators chanted for "abortion on demand and without apology" and distributed green bandanas. Protesters wrapped them around their arms and necks to show solidarity with women in Mexico, Argentina and Colombia who in recent years rose up and gained the right to safe and legal abortion through sustained mass street protests. Members of La Colectiva, a collective of domestic workers from San Francisco's Mission District, performed Un violador en tu Camino, a chant against violence and the oppression of women. It originated in Chile and has been performed by women worldwide.

Campus sophomore and student association presidential candidate Catherine Bauer gave an impassioned speech saying it is the responsibility of UC Berkeley students to show up to events such as this one and make their voices heard. She said that campus demonstrations can be reaffirming and let students who have had abortions know that they are not alone.

Speakers emphasized that the denial of the right to abortion hits poor women and women of color especially hard. They said that without the right to abortion women are reduced to baby-making machines. "I am NOT an incubator" was the cry of the day. Faculty member Bonnie Morris who teaches women's history on campus and is an archivist of feminist music, also addressed the crowed. Select portions of the day's speeches were later broadcast on KPFA's evening news and protest coverage aired on the Bay Area ABC affiliate KGO-TV at 6pm.

Following the rally demonstrators marched through campus, hitting the streets to call for community involvement. They were joined by students who broke out from classes at El Cerrito and Berkeley High Schools. 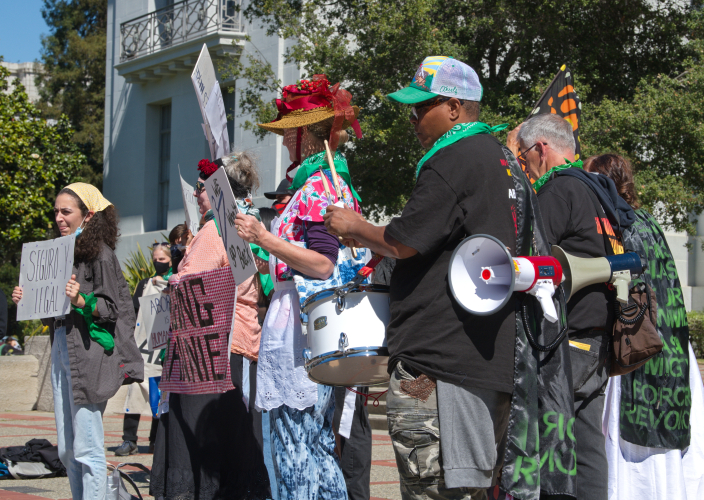 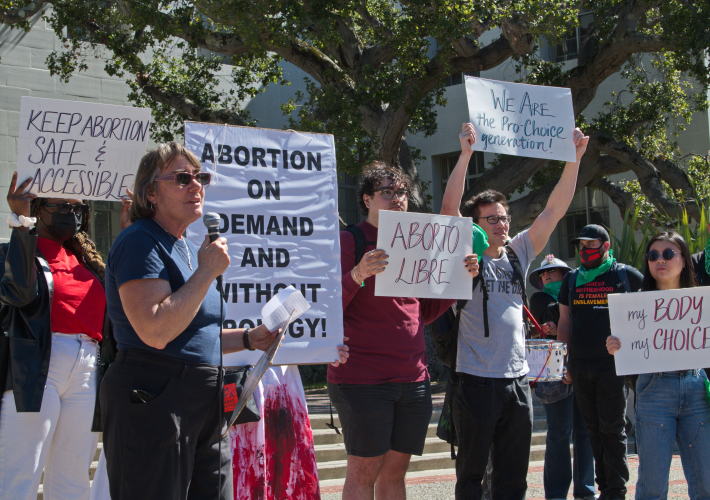 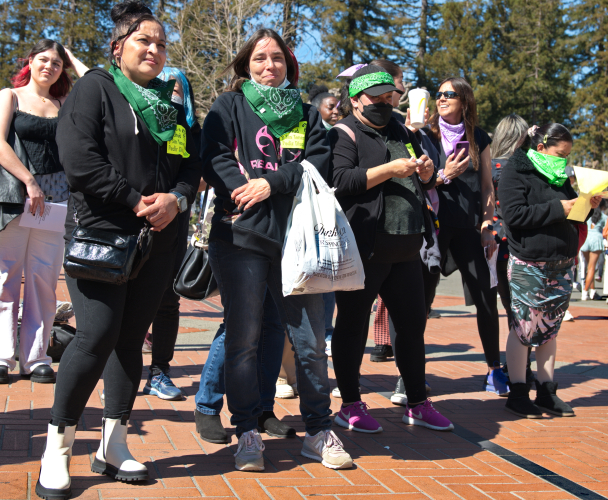 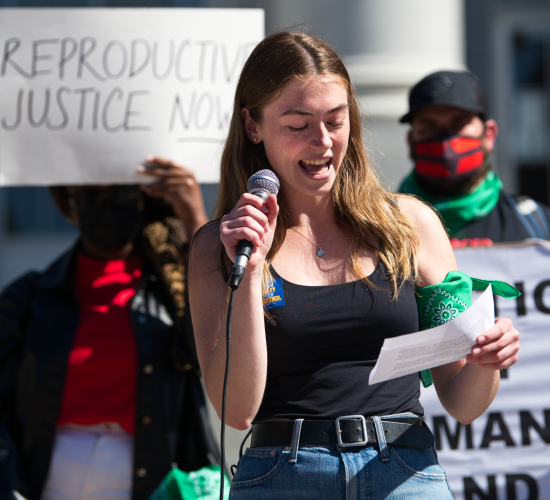 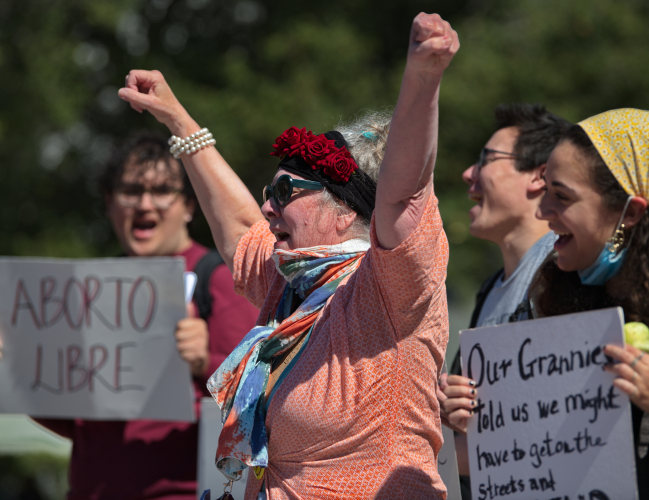 original image (2726x2100)
Raging Grannies were sexually active pre Roe v. Wade. They shared stories. Student sign says: Our Grannies told us that we would have to get on the streets to defend Roe v. Wade some day.
§Student steps up to speak
by Campus Observer
Thursday Mar 10th, 2022 12:57 PM 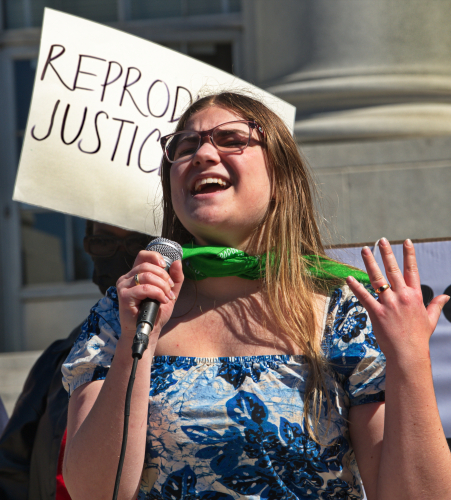 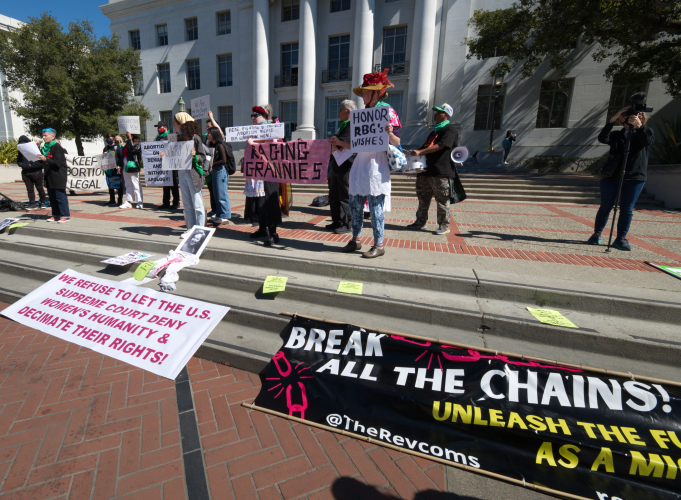 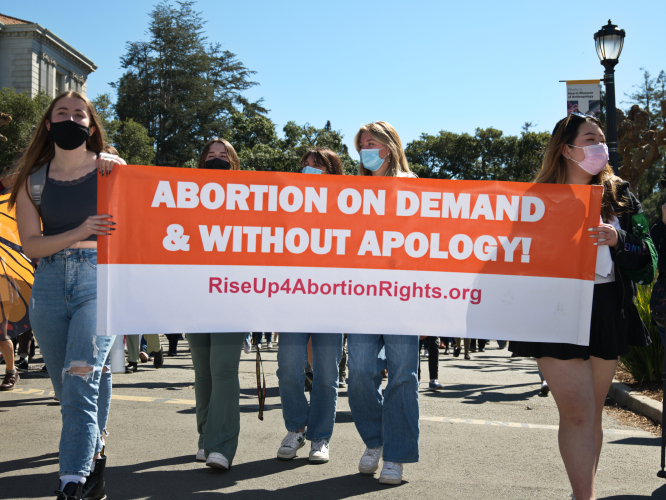 original image (2801x2100)
Add Your Comments
Support Independent Media
We are 100% volunteer and depend on your participation to sustain our efforts!