Add an Event
Newswire
Calendar
Features
Home
Donate
From the Open-Publishing Calendar
From the Open-Publishing Newswire
Indybay Feature
Related Categories: Santa Cruz Indymedia | Anti-War
At Window on the Bay, Demonstrators Demand Peace in Ukraine
by Peace Coalition of Monterey County
Monday Mar 7th, 2022 9:54 PM
More than 60 people gathered on Sunday, March 6th at Window on the Bay in Monterey, CA to stand in solidarity with the people of Ukraine as they face the terror of war with Russia. 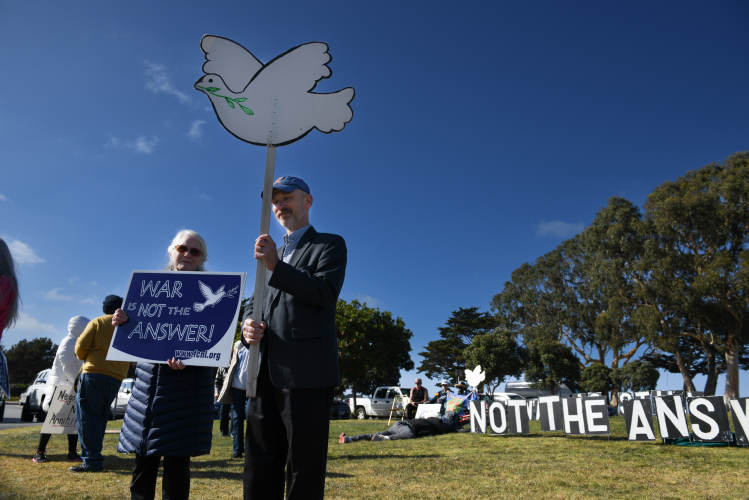 Sunday's Monterey Rally was part of the massive anti-war “Global Day of Action” that was attended by thousands of protestors on four continents and organized by CODEPINK, Stop the War Coalition, the Campaign for Nuclear Disarmament and the No To NATO network.

The local event was sponsored by the Peace Coalition of Monterey County member organizations: Veterans For Peace Chapter 46, Women's International League for Peace and Freedom Monterey County Branch, and the Monterey Peace and Justice Center. The coalition recognizes that the current crisis in Ukraine represents decades of U.S. policy decisions and government actions that have only contributed to the building of antagonisms and aggressions between countries. They recognize that, furthermore, the U.S. has a responsibility to pursue genuine diplomacy, to push for an immediate ceasefire and withdrawal, and to press other nations to pursue the same. 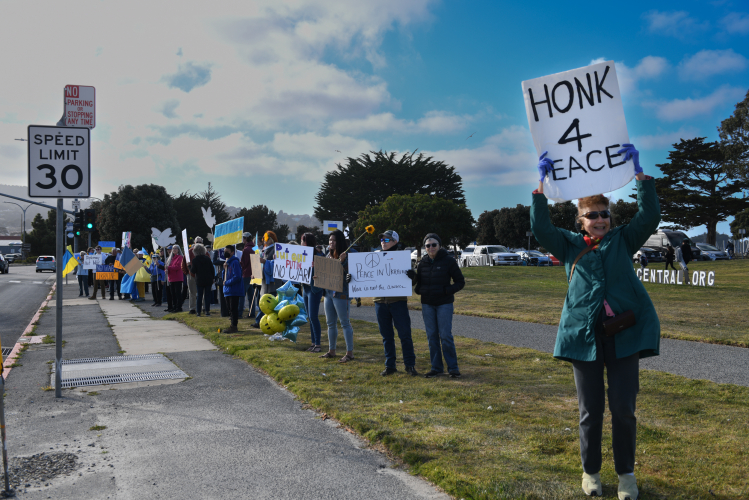 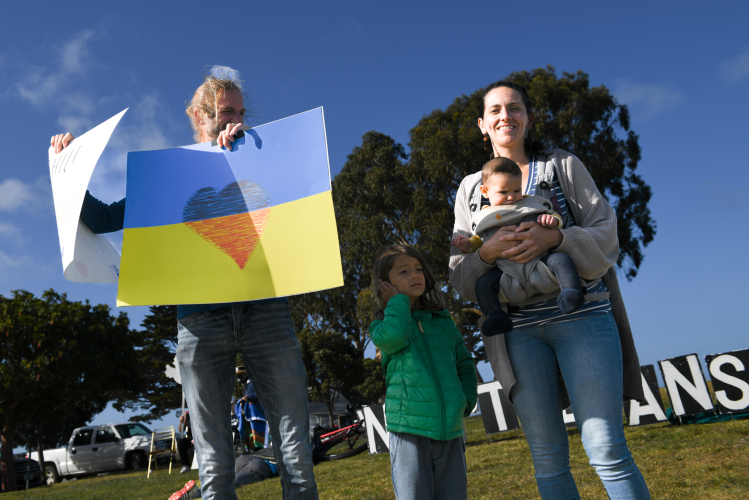 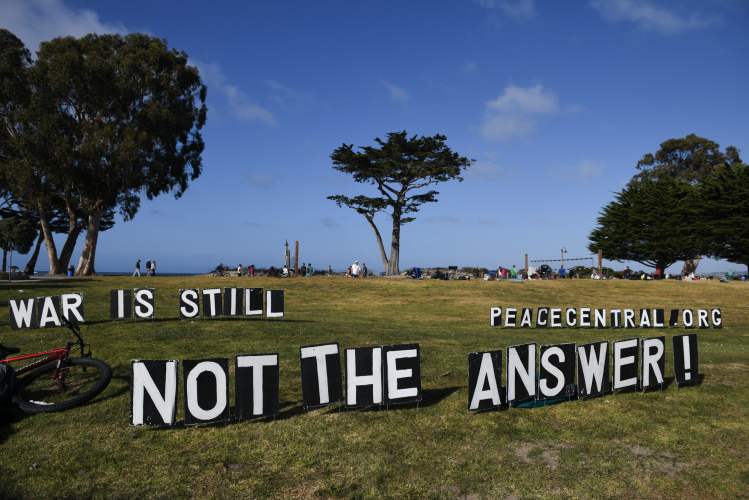 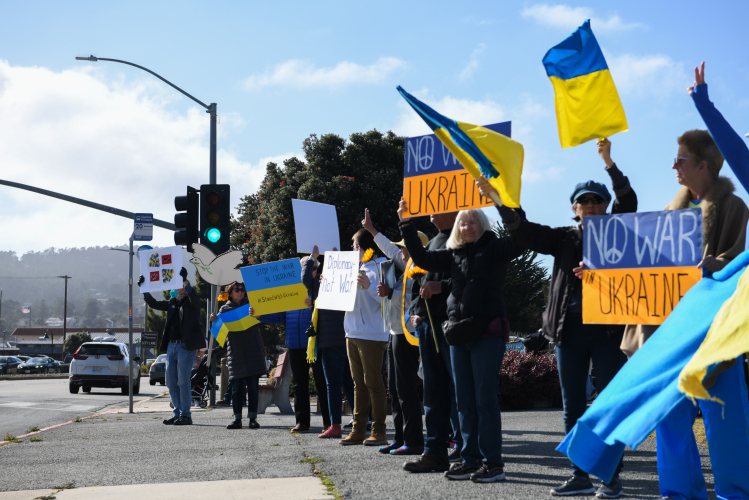 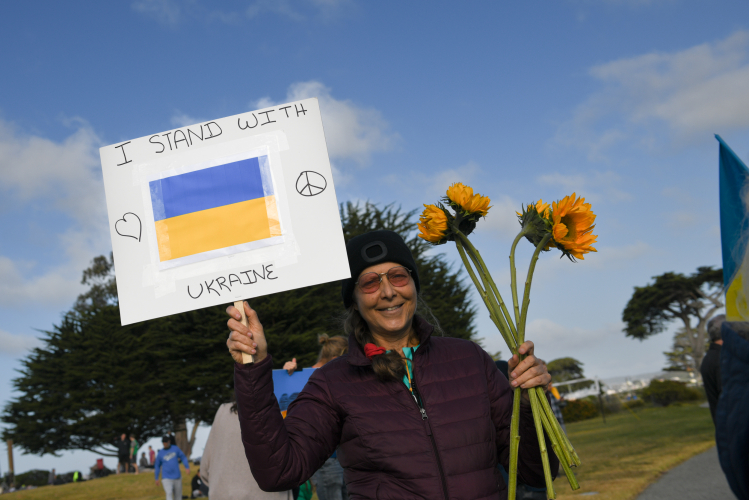 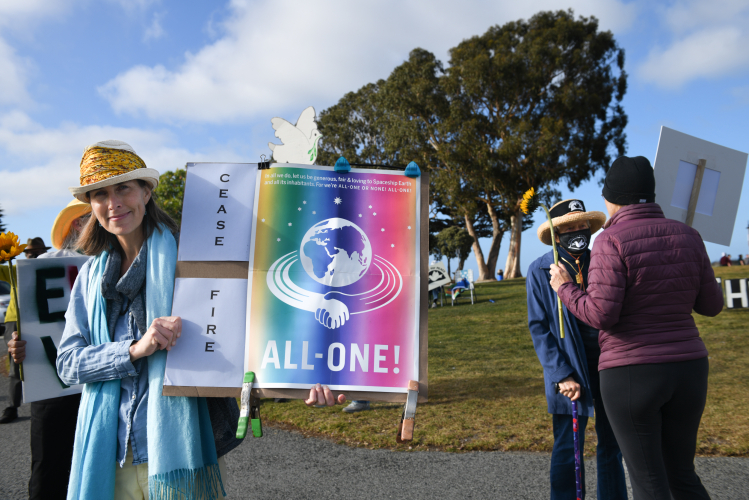 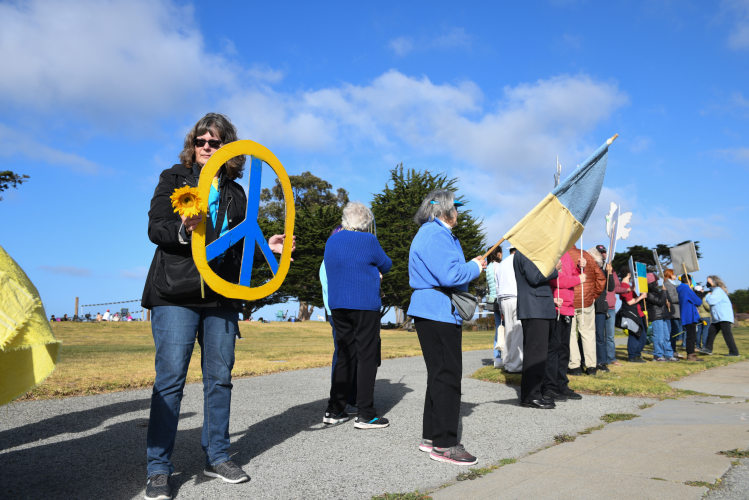 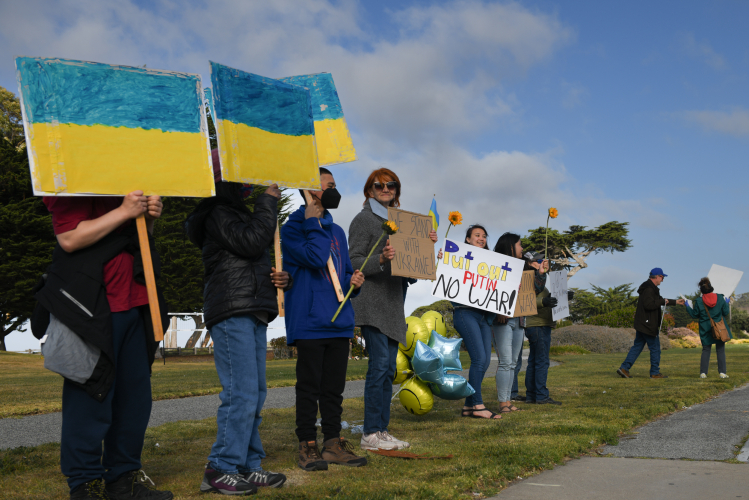 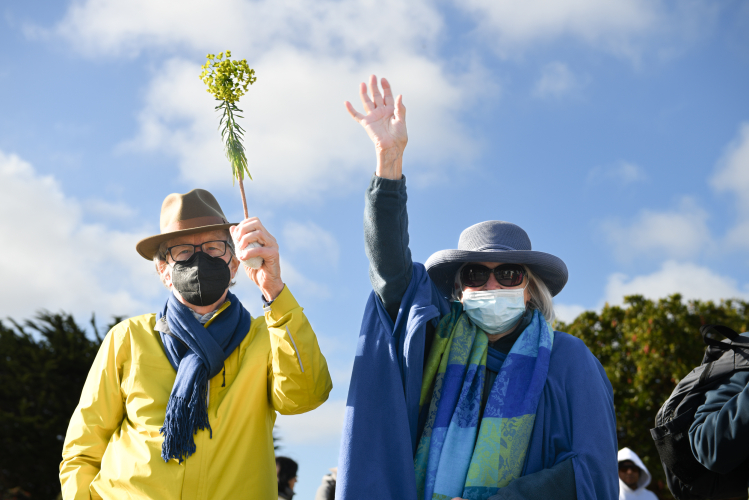 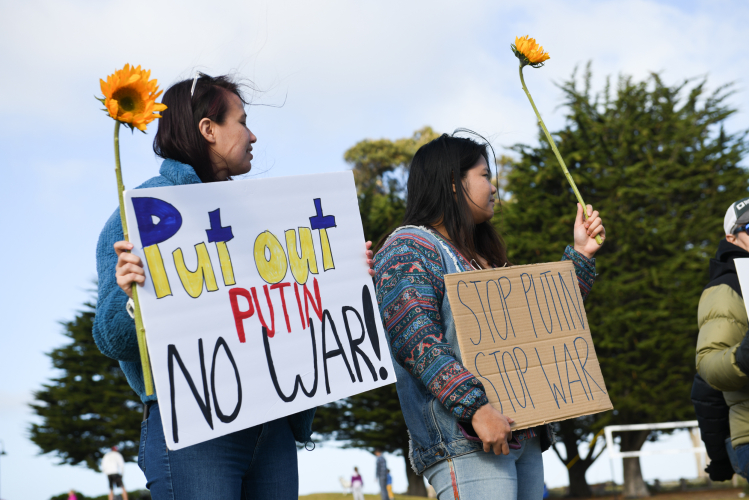 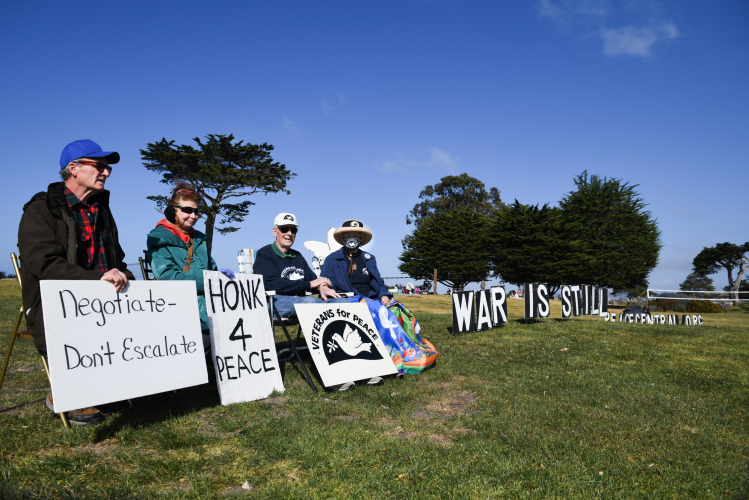 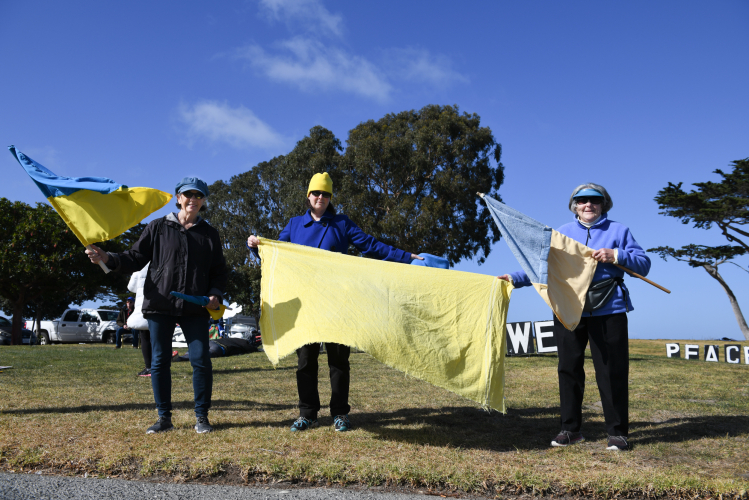 original image (2500x1667)
Add Your Comments
Support Independent Media
We are 100% volunteer and depend on your participation to sustain our efforts!