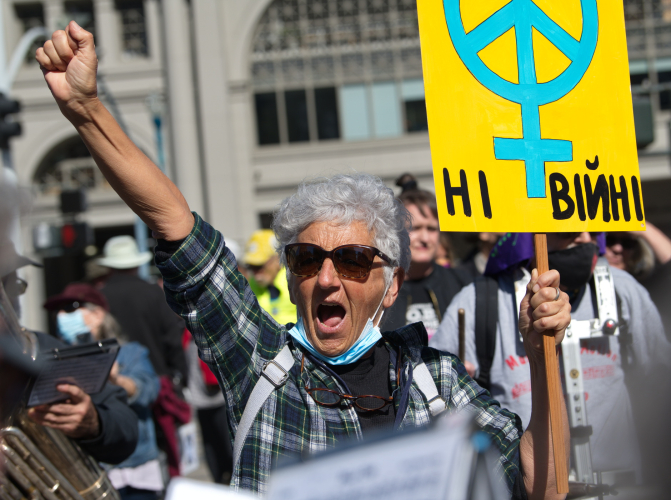 On Sunday March 6th, Code Pink and over two dozen peace organizations held a rally, mural painting and march at San Francisco's Embarcadero. Code Pink activists initially displayed banners in front of the Ferry Building, but drawing a large crowd, moved to Harry Bridges Plaza across the street where a large street mural painting was underway.

The mural was of a painting by the Ukrainian artist Maria Pryimachenko which was destroyed, along with twenty five other paintings, in a museum fire resulting from the current Ukraine war.

At the rally speakers blasted those responsible for the war, mainly Russia, but many speakers and signs also noted that the expansion of NATO, a military alliance created in the "cold war" and designed to counter the Soviet Union, bore a heavy responsibility.

When the Soviet Union collapsed, NATO was not disbanded. Instead it was used to promote the U.S. military and economic penetration of Europe at Russia's expense, incorporating former Soviet Block countries, right up to Russia's border.

The resulting war is causing death and destruction not seen in Europe since World War II and risks a confrontation between the world's two largest nuclear powers. Many demonstrators bore signs dreading a cataclysmic nuclear war.

Musicians from "Playing for Change" played songs recalling our country's political struggles, dear to the hearts of many.

Led by banners demanding "No War With Russia", Defund NATO - Defund War", and "Diplomacy Not War" demonstrators marched down several waterfront blocks and back. 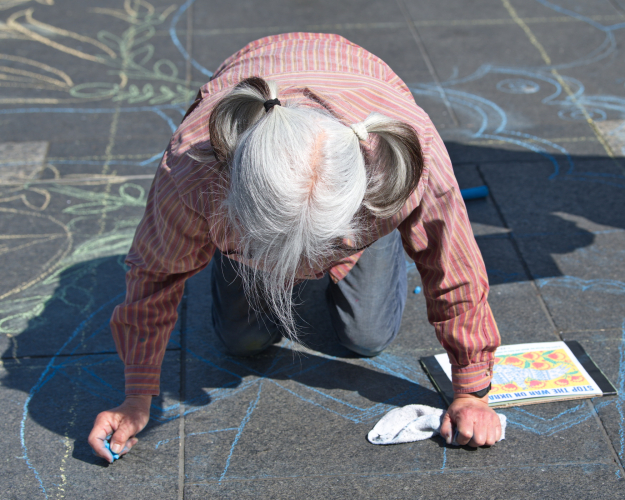 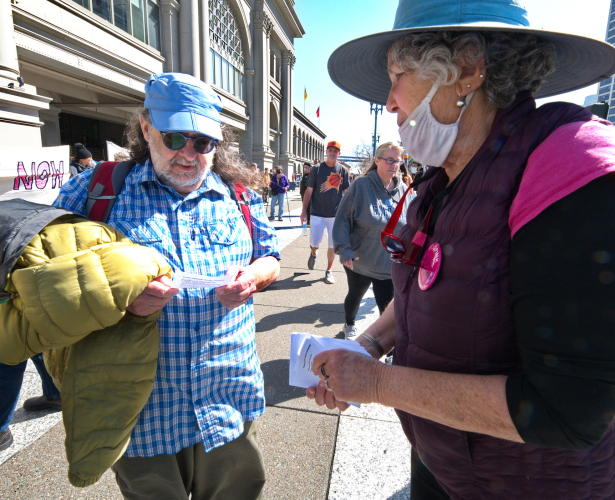 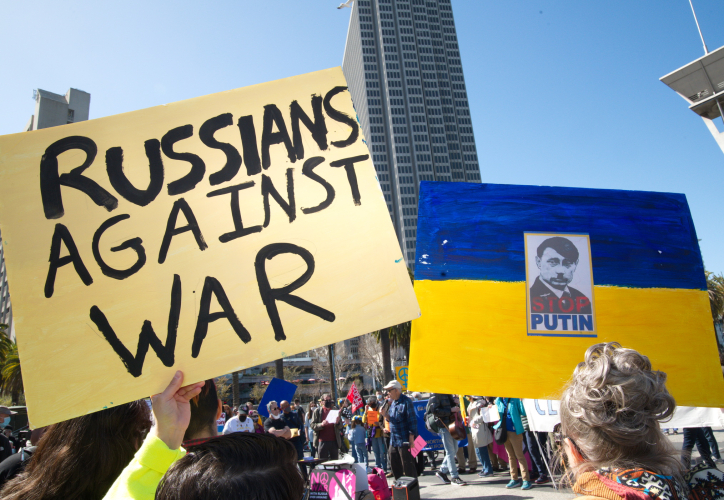 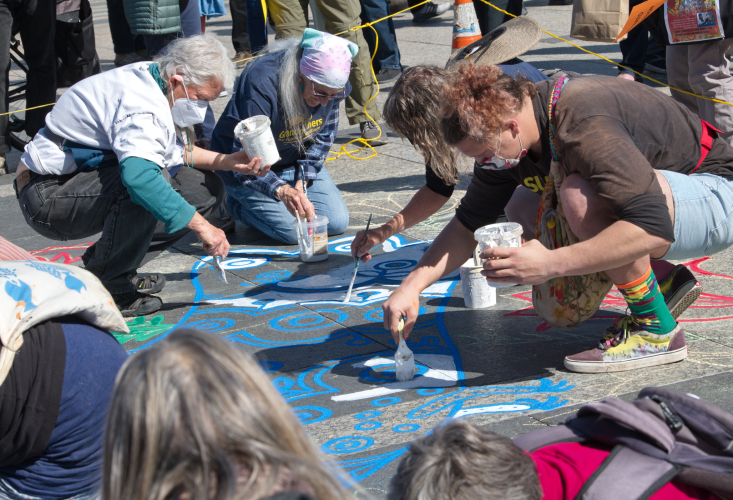 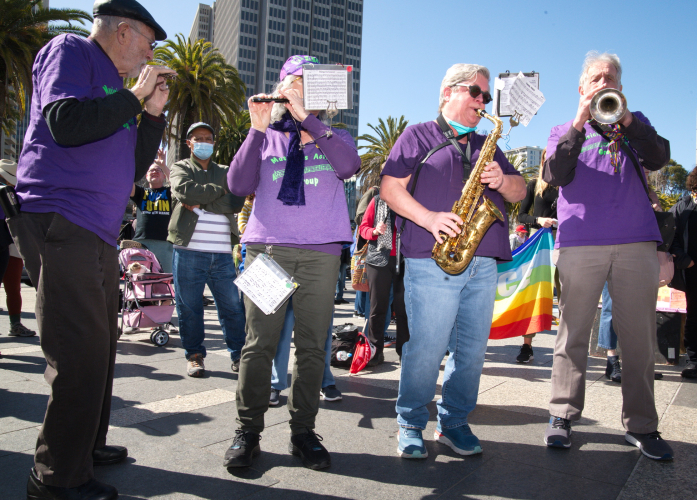 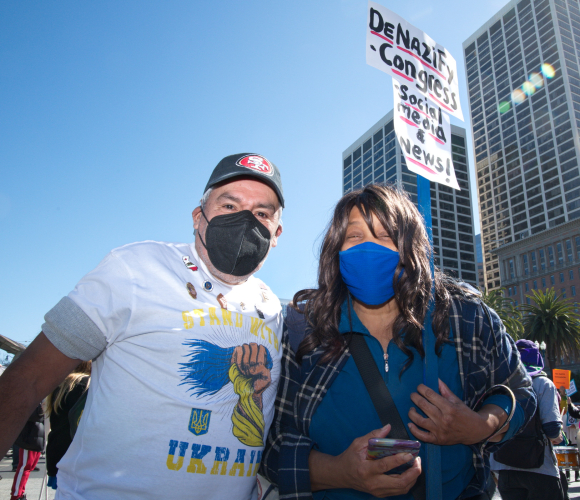 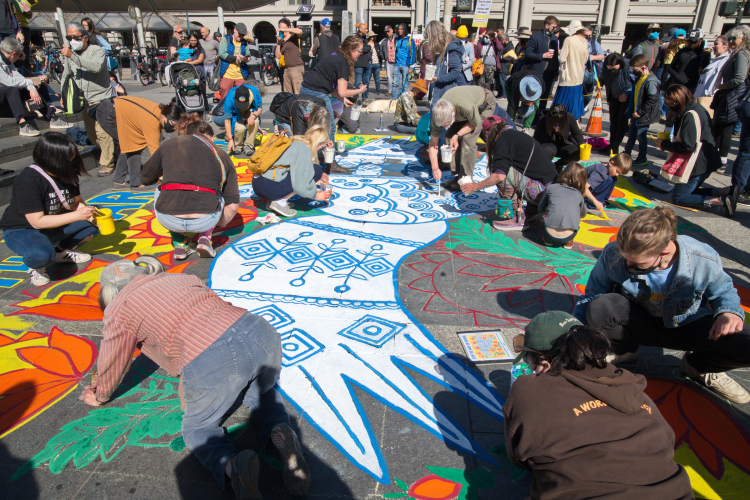 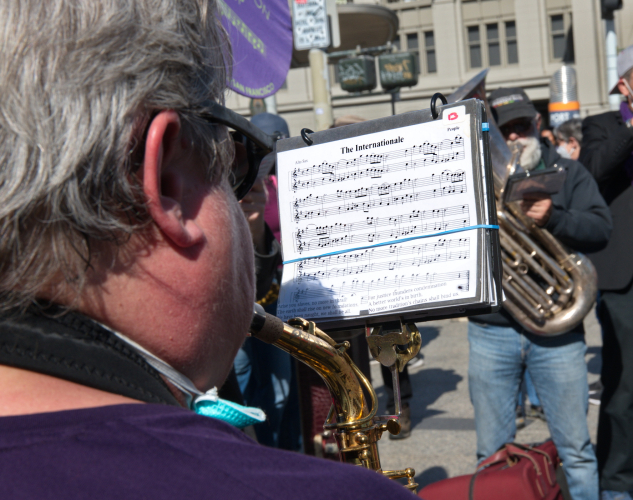 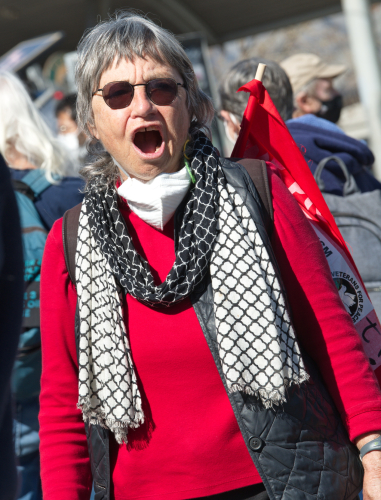 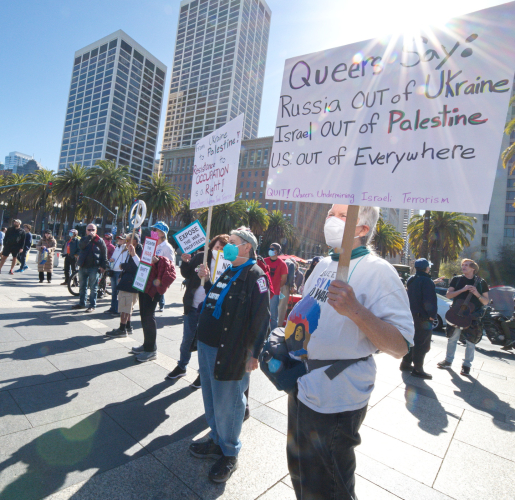 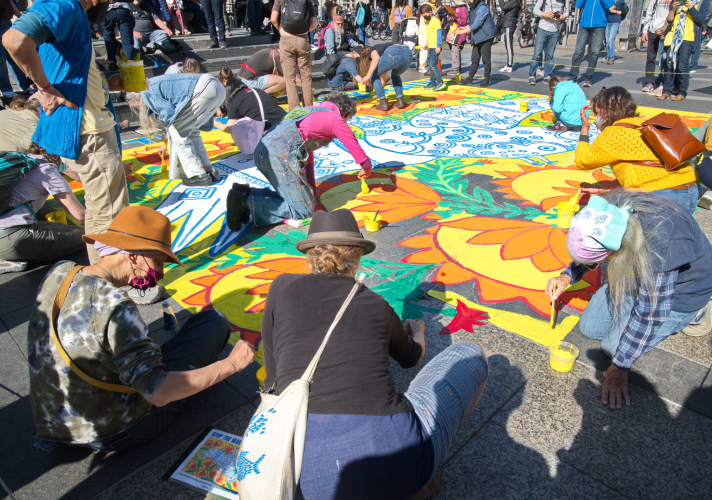 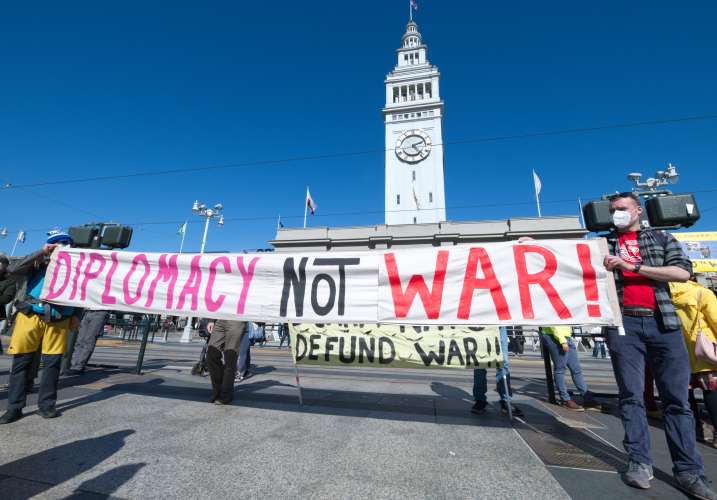 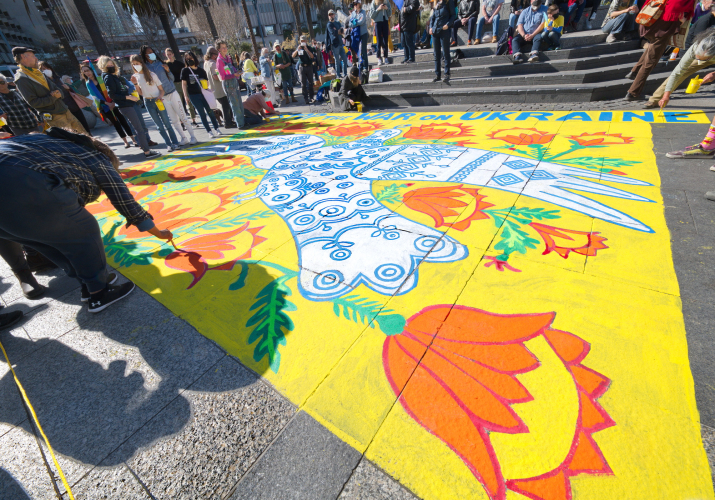 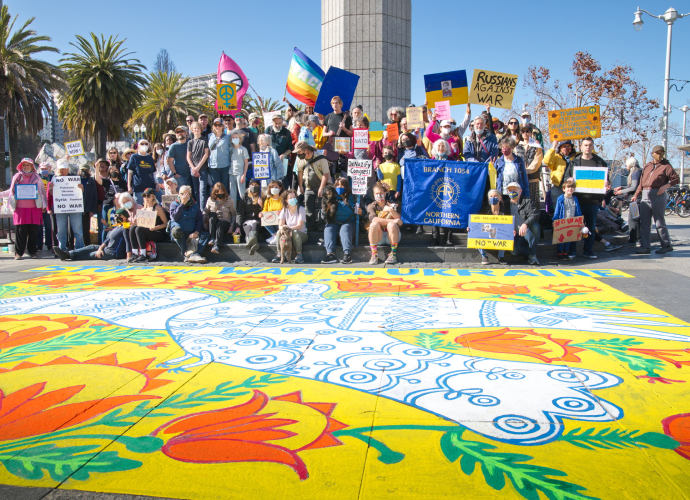 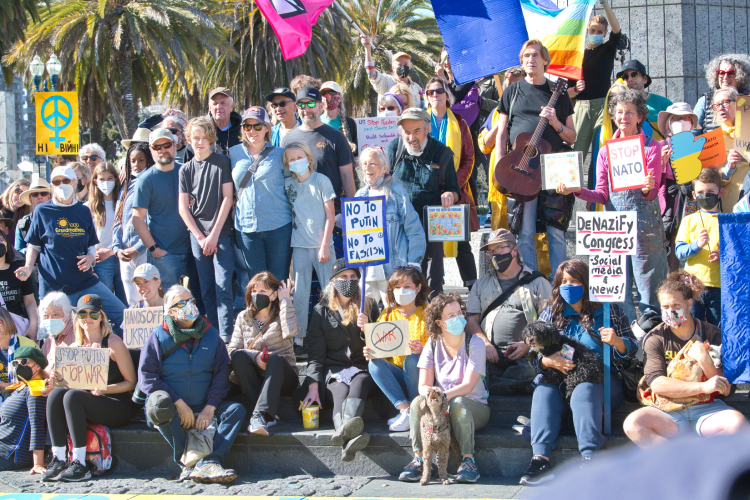 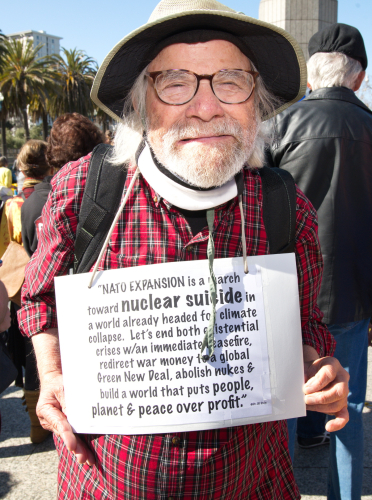 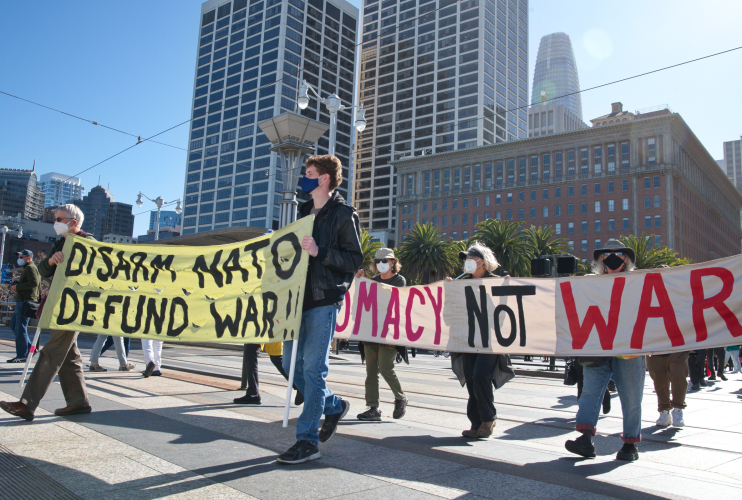 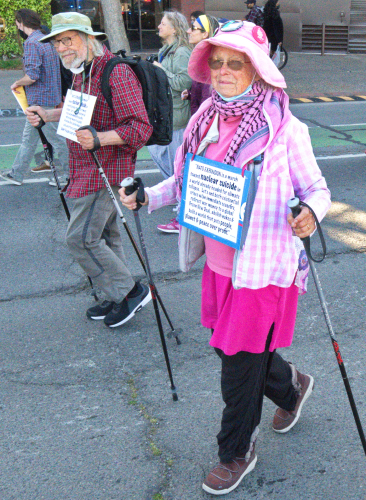 Is it as simple as come to the dark side, we have cookies?
Add a Comment
§Re Warsaw pact and Nato
by Shaynoo
Monday May 16th, 2022 1:21 AM
@Ed, no they are not. In fact part of the closure of the Soviet Union was a promise from Reagan to Gorbachev that with the USSR gone NATO would have no reason to expand East.

However , Reagan wasn't speaking for europe, and the later agressive behavior towards chechnya and the hell-mess that was the balkans conflicts lead to a number of east european states joining NATO.

Russias claim that the Ukraine invasion was over NATO doesnt exactly track however as NATO had rejected Ukraines membership. Russias motivations appear to be more about a land-grab around the Donbas region and consolidating russian control over the black sea.
Add a Comment
Support Independent Media
We are 100% volunteer and depend on your participation to sustain our efforts!