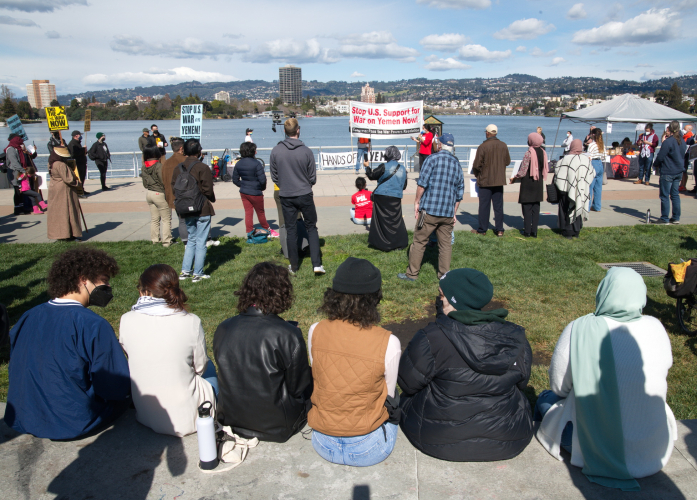 As the slaughter of Yemenis, courtesy of US weaponry, continues, the racism of the West is nowhere better illustrated that in David Brooks' column in the March 5 New York Times. Citing the West's massive reaction to Russia's aggression against Ukraine and assistance to Ukraine's resistance, he called this The Week That Awoke the World .

"We" are now, he tells us, once again awake to the meaning of true patriotism, to "a love for universal ideals, like democracy, liberalism and freedom." That now "foreign affairs, like life, is a moral enterprise, and moral rightness is a source of social power and fighting morale" led, of course, by the US.

He tells us that now, faith in ourselves, once doubted by "setbacks" like Afghanistan and racial injustice, has been restored, organized "masterly and humbly" by Joe Biden. He is "awed" that Sweden has abandoned its wimpish neutrality and glories in the fact that once again, German weapons, no longer inhibited by the memory of their aggression that killed 27 million in Russia, will be again be used to kill Russians. The good old days are back indeed.

We see here a blatant example of Noam Chomsky's notion of "worthy victimhood", that crimes against some people matter while crimes against others are barely worth mentioning.

On Saturday, some of those whose sufferings do not disturb Mr. Brooks' sound sleep reminded us they too are fighting for survival. At the Lake Merritt Amphitheater, Yemeni organizations and supporters protested the U.S. involvement in creating what has become the world's worst humanitarian disaster.

The Saudi, UAE - US war on Yemen, now in its seventh year, has put eight million Yemenis at risk of starvation. In the 17,000 air strikes by U.S. supplied planes and bombs, 377,000 Yemenis, mostly civilians, have been killed.

While Mr. Brooks claims "This week, perhaps, we’ve come to value more highly our modern liberal ethic," we remain allied with two absolute monarchies. In the UAE, just 11% of people have citizenship. The rest are banned from civic life. Saudi Arabia is ruled as the personal fiefdom of one family, the al-Saudis. The government is one of the most repressive in the world, having not too long ago dismembered an American journalist. There is no parliament or legislature.

Brooks finds solace that though "we have been caused to doubt and be passive about the gospel of democracy, the gospel is still glowingly true". Perhaps we need to look a bit more closely. 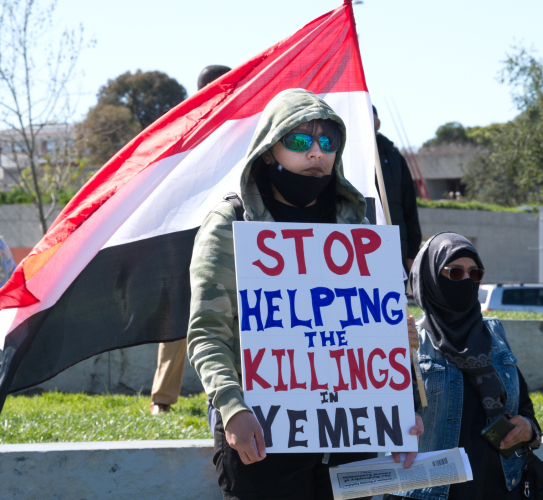 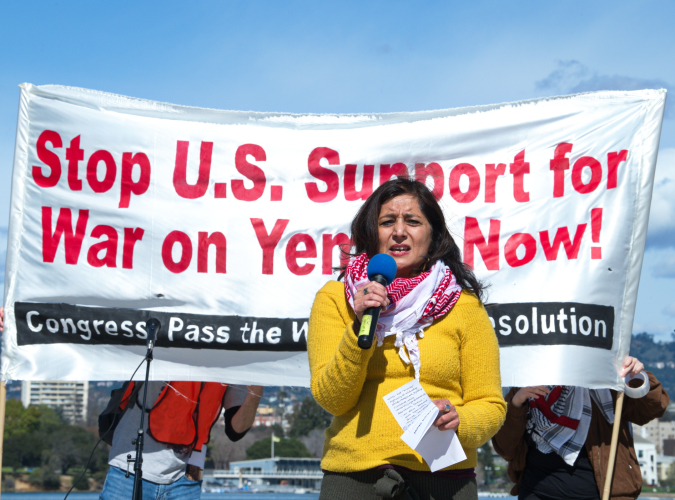 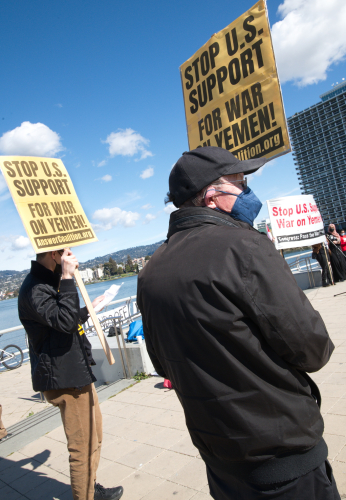 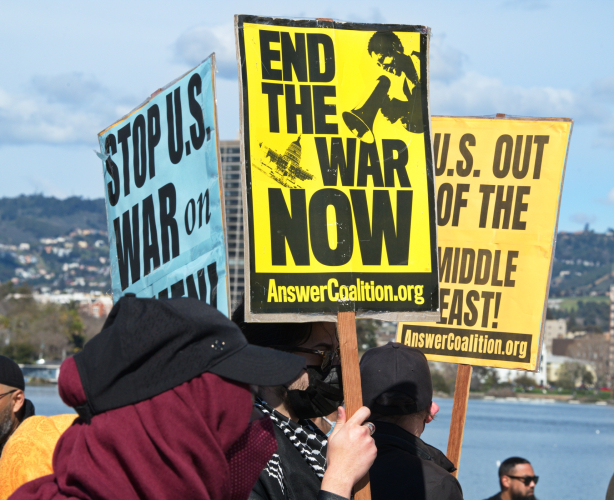 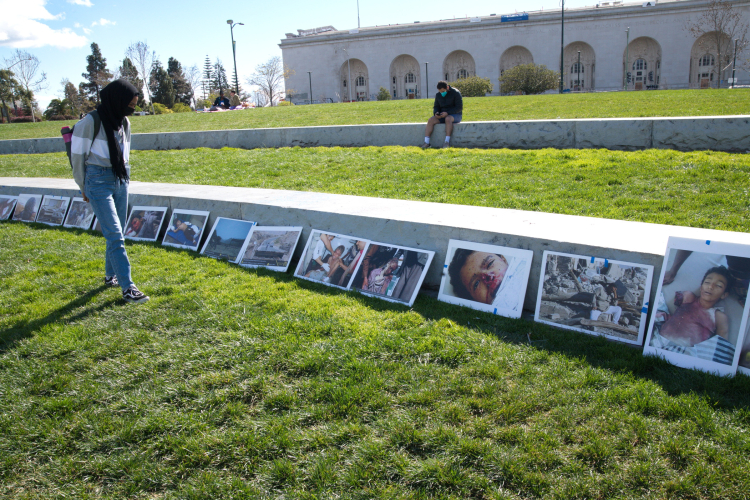 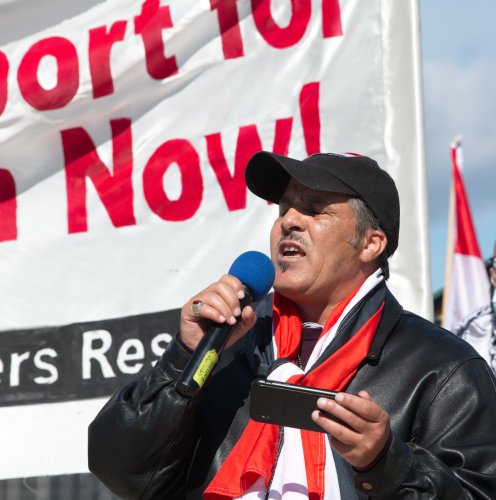 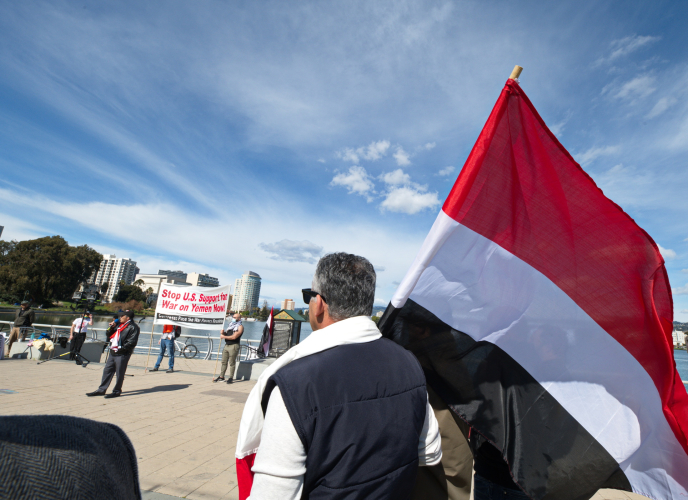 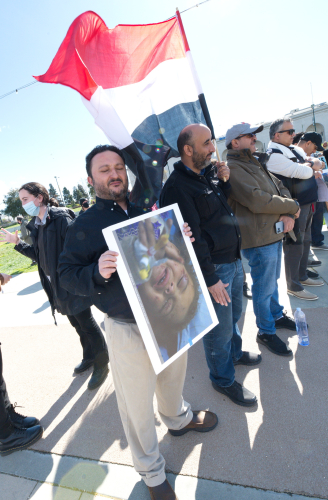 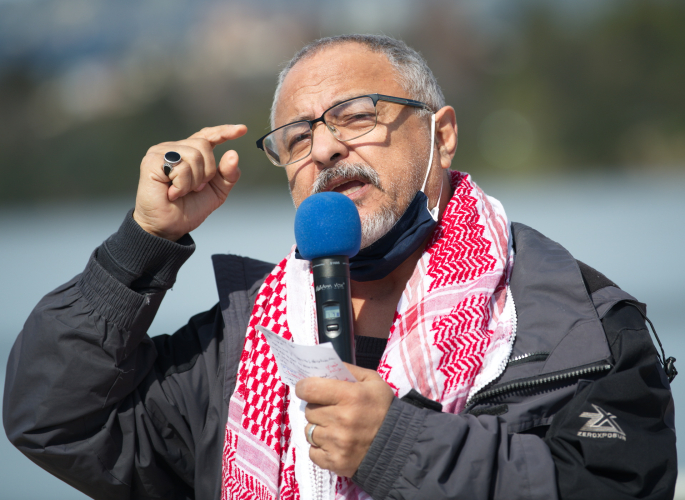 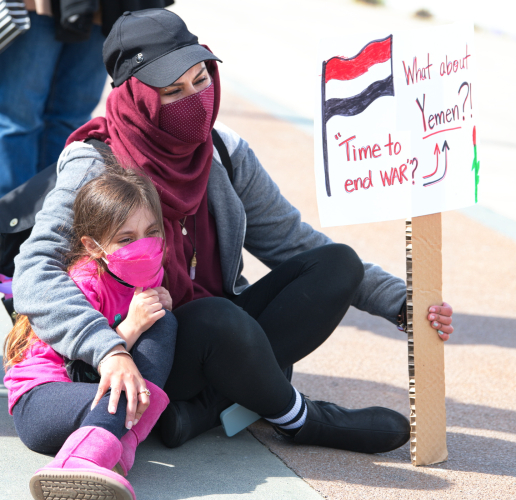 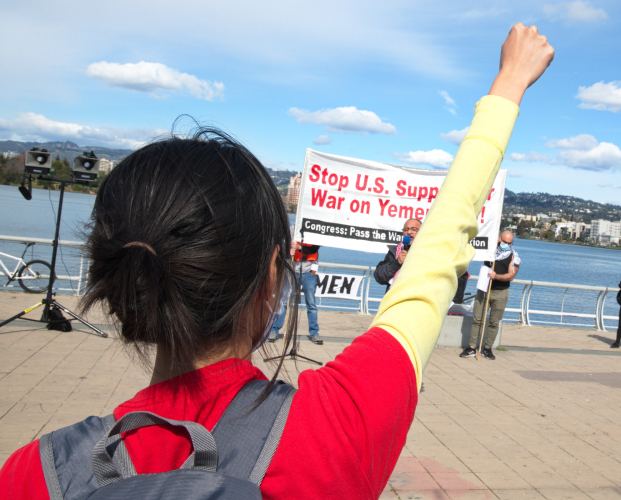 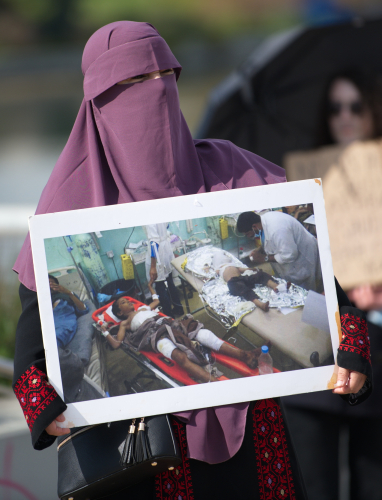 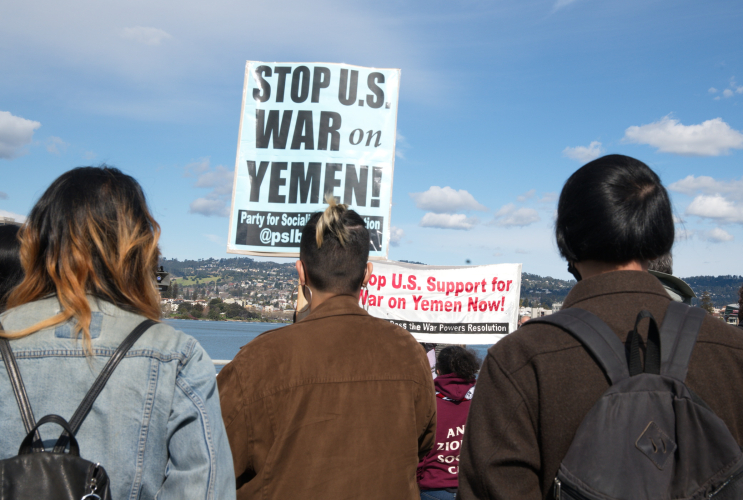 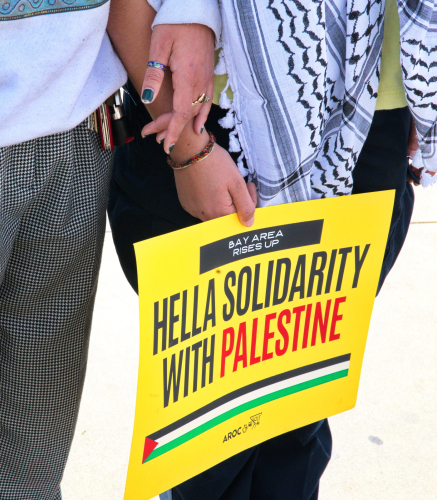 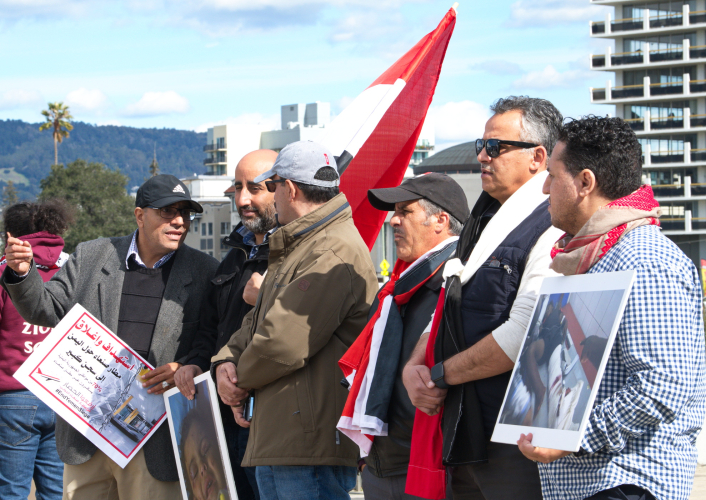 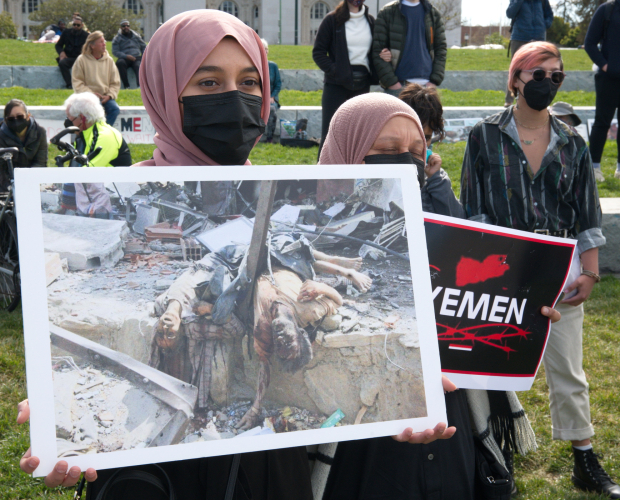 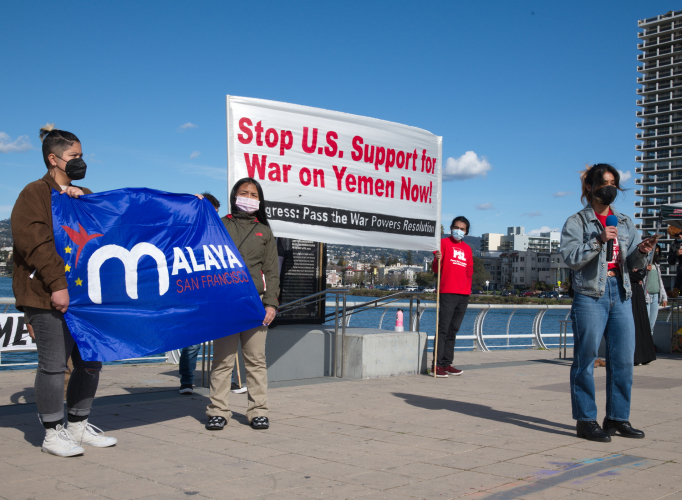 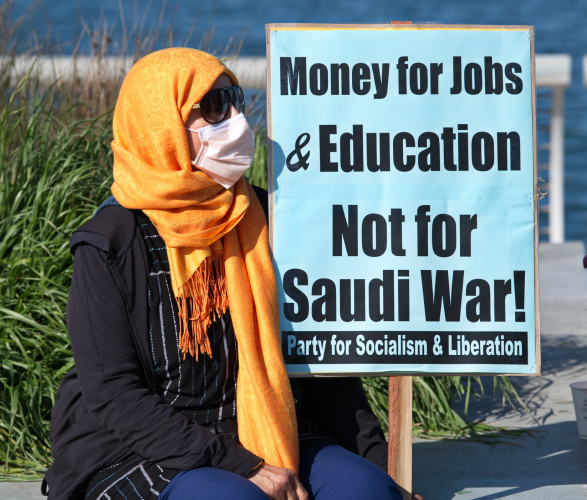 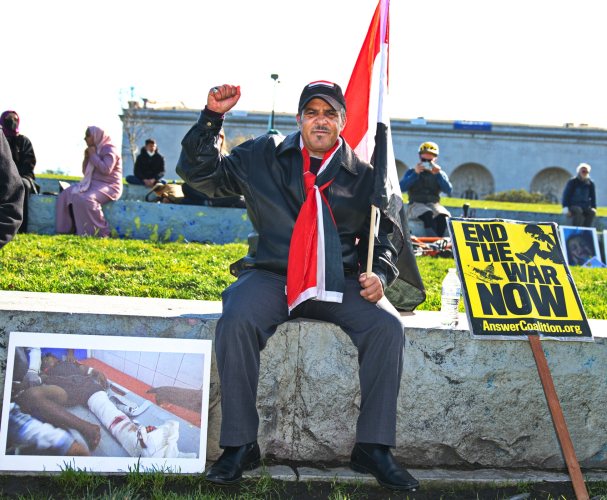 original image (1700x1400)
Add Your Comments
Support Independent Media
We are 100% volunteer and depend on your participation to sustain our efforts!