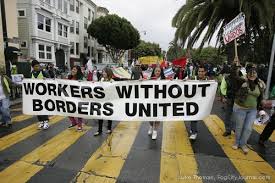 For A Workers United Front Against The Russian Invasion of Ukraine

Mass Workers Action Against the Wars Abroad & The War at Home

The Main Enemy Is at Home


All working people and unions around the world must take action to oppose the Putin invasion of the Ukraine. Regardless of the fact that the US is surrounding Russia with NATO and a massive military threat against Russia, we must oppose this military invasion which will cost the lives of many thousands of working people and be used by US imperialism to expand nationalism and a worldwide rightwing movement.

The decline of US capitalism and imperialism including the forced withdrawal from Afghanistan and the fight for markets and control of the world economy with Europe, China and Russia have driven the agenda of the bi-partisan foreign policy of the US government This is the same bi-partisan policy that is pushing privatization, union busting and deregulation in the US by the capitalists .

Should the working class fight in this war?

The war that is now raging between Russia and Ukraine has been heating up for years. While NATO has provoked this war by demanding that it have its weaponry on Russia’s border, something that Russia could not accept, the Russian government and its oligarch supporters have been oppressing people inside Russia proper. Activists are routinely jailed, while reporters are killed for telling the truth about the Putin government.

Regarding Ukraine, Putin has maintained that Ukraine should have never been offered self-determination by Lenin & the Bolsheviks. This global game that is now being played out by the US, Russia and Western Europe will cost the lives of untold millions of people and is leading us to- ward a world war.

For some, NATO is the culprit and Putin a put upon victim of the west. It is true that NATO has gone up to the door of Russia with nuclear weapons and if the tables were turned, the US would insist that those weapons be removed, but Russia is not a besieged country from the global south without means of defending itself. There are even large demonstrations going on in Russia now demanding peace. We blame NATO as well. As revolutionaries and anti-war activists, we agree with Lenin who argued during WWI that the working class turn its guns around.

Russia is run by the oligarchs who were put in place by the privatization of Russia’s economy after the collapse of the Soviet Union. Since Putin represents the Russia oligarchs, he is in no position to appeal for support globally and has been completely isolated internationally by the military invasion of Ukraine. The growing protests throughout the country show that his criminal reckless invasion is catastrophic for the people of Ukraine, Europe, and the world.

The United States has escalated the attacks on Russia by continual sanctions and demanding that the Nordstream 2 pipeline be prevented from starting transfer of oil and gas from Russia to Germany. This not only would harm Russia but put Germany and Europe under further domination of US imperialism. The US is desperately seeking to weaken the EU and slow the European imperialists from developing further strong links not only with Russia but China.

This new war is also a blow against the Chinese Silk Road development project which is based on building an international trade and economic linkage between China and the rest of the world. China has significant investments and trade in Ukraine. Ukraine supplies a major source for wheat to China. The Russian war now threatens to disrupt China’s plans to build this economic program as the US whips up a war both against Russia and China.

Blood On Their Hands

The US Democrats and Republicans since the collapse of the Soviet Union have been attacking and invading one country after another from Iraq, Syria, Libya and many countries in Africa. They also invaded Afghanistan and were forced to withdraw, another major defeat for US imperialism.

The US, according to Carter’s adviser Brzezinski had trained and armed Osama Bin Laden and other fundamentalists to provoke a Russian invasion in support of a left government. They then helped arm the fundamentalists to overthrow the Russian supported government. The same has taken place in the encirclement of Russia by the US and NATO. The US and its European allies have expanded NATO to the borders weapons to encircle Russia.

Independent Action of The US and World Working Class

Only the independent action of the working class can challenge and stop the move towards imperialist war. Instead of getting into a full-scale conflagration, workers must challenge their capitalist governments through mass protest, general strikes and refusal to fight these wars.

Trillions are being squandered on the war machine, building bombs and tanks and WMD. This benefits the capitalists and their military industrial complex but not working people. For the capitalists of both Russia. China and the US, the question is which country is going to be able to exploit the world’s population and its resources the most. We must encourage the workers of the warring countries to turn their guns around and end the misery of capitalism worldwide.

There is no situation that holds the decadence of capitalism in stark relief as this war in Ukraine. The western capitalists have shown that they are willing to promote war, and risk annihilation of the planet so that the west can come out on top and so that the makers of the bombs will continue to rake in their billions. Putin, also a global challenger, but not quite up to the task, who is attempting to maintain his stance and prerogatives in Eastern Europe.

US American unions including the AFL-CIO support US imperialism and are taking $75 million a year from the National Endowment For Democracy for their so-called “Solidarity Center’’. In Ukraine the “Solidarity Center’’ worked with the US imperialist foundation “Atlantic Council” to fund unionists who would support privatization of the wealth of Ukraine and for it to be put under the control of pro-US oligarchs who would allow US multinationals to have control of the economy. AFT president Randi Weingarten went to Ukraine to help support the capitalist economic agenda and was silent about the training of Nazis military units by the US and Israel.

The US spent billions of dollars to overturn the pro-Russian president Viktor Ffedorovych Yanukovych and set up a pro-US regime. U.S. Assistant Secretary of State Victria Nulannd who engineered the coup under Obama was actually talking about who should be the next president of Ukraine. So much for American style “democracy”. In Ukraine, the US and Israel have also armed and trained rightwing Nazi’s who have then been integrated into the military. The US support of Ukrainian’s banning of the Russian language for the Russian people of Ukraine has incited racism and xenophobia. It led to the formation of breakaway Republics which have been attacked by Nazi brigades

Nearly every national union in the US has supported more military spending and US interventions around the world while US workers face union busting, privatization and a pandemic that has killed over a million people. Their real bosses are not the workers but their capitalists’ taskmasters.

The AFL-CIO leadership has blood on their hands for their support of attempted coups, and murders of trade unionists throughout the world from Chile, Brazil, Guatemala, Turkey, Venezuela, and many other countries.

The United Front Committee For A Labor Party, UFCLP is opposed not only to the invasion of Ukraine and the freedom of all arrested anti-war protesters in Russia but for the abolishment of all military treaties including those made by NATO, the Russians and Chinese.

This will not happen unless workers mobilize on the streets and shutdown this country and other countries around the world to show that the world working class will not tolerate a trajectory towards world war. American and western European workers must follow the lead of the Russians and say no to war, but more importantly, we must say no to capitalism, yes to building worker’s parties and states in every country and uniting to end the destruction of capitalism and war.

SAY NO TO UKRAINE WAR WITH WORKER ACTIONS!


HANDS OFF THE PEOPLE OF UKRAINE


FOR WORKERS SOLIDARITY WITH WORKERS OF UKRAINE & RUSSIA


THE MAIN ENEMY IS AT HOME! 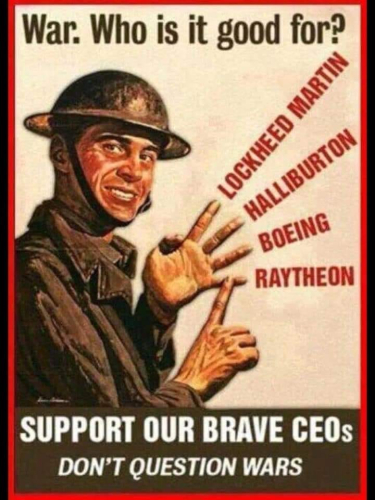 original image (720x960)
The US imperialist war machine profits for war. While millions are hungry, homeless and without healthcare, the bosses and their parties the Democrats and Republicans continue to pour trillions into the war machine.
http://www.ufclp.org
Add Your Comments
Support Independent Media
We are 100% volunteer and depend on your participation to sustain our efforts!