Add an Event
Newswire
Calendar
Features
Home
Donate
From the Open-Publishing Calendar
From the Open-Publishing Newswire
Indybay Feature
Related Categories: California | Central Valley | Education & Student Activism | Racial Justice
Building towards 2022 Cesar Chavez Day - UC Davis Aggie Square Community Celebration
by Khubaka, Michael Harris
Thursday Mar 3rd, 2022 11:20 AM
In 1942, Cesar Chavez graduated from the eight grade, skipped high school to provide for his family after his father was injured in a tragic accident. After a few years working in the fields, Cesar joined the U.S. Navy in 1946 and honorably served America with a two-year tour of duty. In 1948, he married Nelen Fabela and settled in Delano, and the rest is history. 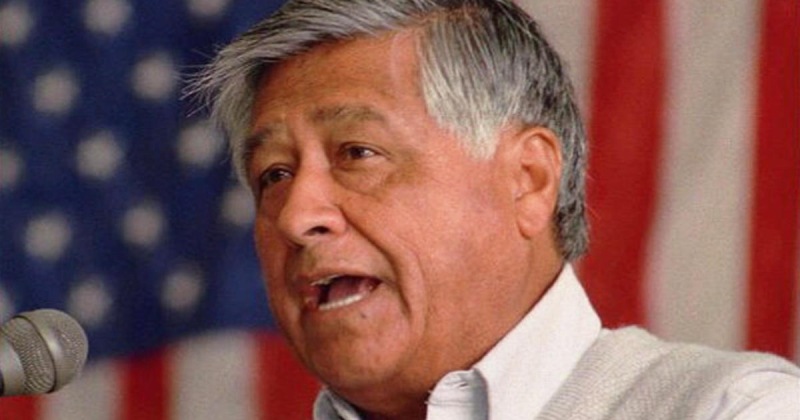 original image (1200x630)
Chavez was born 31 March 1927 near Yuma, Arizona. In the late 1930s, he and his family moved to California to work the fields of Brawley, Oxnard, Atascadero, Gonzales, King City, Salinas, McFarland, Delano, Wasco, Selma, Kingsburg, and Mendota. Over the course of his childhood, he attended 37 different schools—most were segregated and speaking Spanish was forbidden.

In 1942, he graduated from eighth grade, but because his father had been in an accident and he did not want his mother to be a farmworker, he skipped high school and worked as a migrant farmworker. After a few years working the fields, Chavez joined the U.S. Navy in 1946. He served for two years.

In 1948, he married Helen Fabela and settled in Delano, where they started their family. They would have seven children. Chavez worked in the fields until 1952 when he became an organizer for the Community Service Organization (CSO), a Latino civil rights group. In 1958, he became the national director of the CSO.

In 1962, Chavez left the organization and co-founded the National Farm Workers Association with Dolores Huerta and merged with Agricultural Workers Organizing Committee led by Larry Itliong of the Filipino farmerworkers, August 1966.

Chavez was very passionate about his cause using nonviolent tactics such as the Delano grape strike, fasts to bring national attention to farm workers, and a 340-mile march from Delano to Sacramento in 1966.

In the early 1970s, the UFW organized strikes and boycotts including the Salad Bowl strike, which was the largest farm worker strike in U.S. history. It was a wage protest for migrants working for lettuce and grape growers.

On 21 August 1988, Chavez competed his 36-day “Fast for Life.” When he was done, the Reverend Jesse Jackson took up where he left off, fasting on water for three days before passing on the fast to other leaders and celebrities.

Chavez died peacefully in his sleep on 23 April 1993, near Yuma, a short distance from where he was born 66 years before.

On April 29, more than 50,000 mourners gathered at the site of his first public fast in 1968 and his last in 1988. He is interred at the National Chavez Center in Keene, California.

On 8 August 1994, President Bill Clinton presented the Medal of Freedom posthumously to Chavez. His widow accepted the honor on his behalf.

Today, we are proud to help expand Cesar Chavez Day for all Americans and beyond to celebrate the ongoing legacy of engaged service. We are building towards a Happy 2022 Cesar Chavez Day in the heart of UC Davis Aggie Square.