Add an Event
Newswire
Calendar
Features
Home
Donate
From the Open-Publishing Calendar
From the Open-Publishing Newswire
Indybay Feature
Related Categories: San Francisco | Womyn
Demonstrators Disrupt St. Mary's Sunday Mass, Denounce Catholic Extreme Patriarchy
by Rise Up 4 Abortion Rights Bay Area
Thursday Mar 3rd, 2022 6:59 AM
Protesters disrupted mass at St. Mary's on February 27th in costumes reminiscent of those worn in the Handmaid's Tale. They made their way without difficulty to the front of the sanctuary where they stood and denounced the church and specifically its archbishop for extreme patriarchy that contributes to the subjugation of women as portrayed in the famous novel. 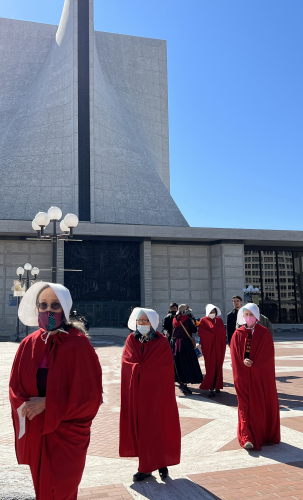 On February 27th, spirited activists dressed in red handmaids costumes with white bonnets protested inside San Francisco’s St. Mary’s church during Sunday mass. They said that their bold, defiant move was to sound the alarm against the Supreme Court’s moves to obliterate abortion rights.

St. Mary’s was the target of their protest because anti-abortion Archbishop Salvatore J. Cordileone has called abortion a heinous evil and child sacrifice. Protesters said that he also led the recent Walk for Life march through San Francisco unmasked, despite being unvaccinated against COVID-19. Right-wing Catholics have been a pillar of the anti-abortion movement in the U.S.since 1967.

Outside the cathedral a small group of anti-abortion activists attempted to challenge the disrupters, but they were overwhelmed by the red cloaked handmaidens, Raging Grannies, Refuse Fascism activists and other pro-choice demonstrators. The most vocal of the anti-abortion noisemakers, who carried a sign saying she is an atheist, was apparently confused and joined the handmaidens inside the church, actually helping to create mayhem during the service.

The St. Mary's protest was part of a buildup of activity in advance of mass protests to be held on March 8 International Women’s Day nationwide. In the Bay Area, an abortion rights demo will be held in Sproul Plaza on the University of California, Berkeley campus from noon and will be followed by a march through the city.
§Youth and Age Together
by Rise Up 4 Abortion Rights Bay Area
Thursday Mar 3rd, 2022 6:59 AM 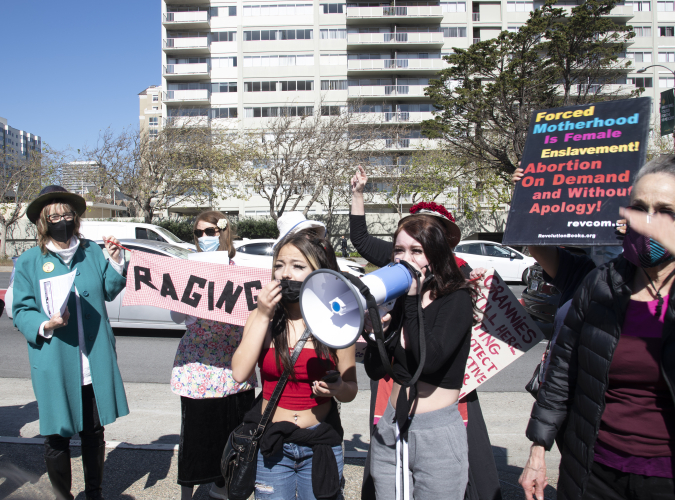 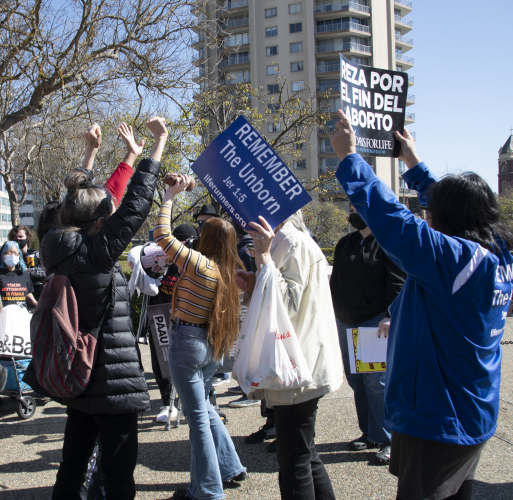 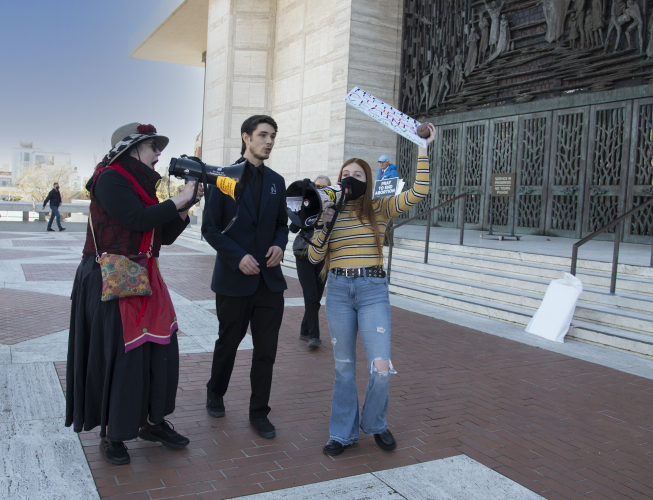 original image (3092x2365)
Young woman on the right carried sign "I am atheist and against abortion." She seemed confused throughout but particularly when she joined the handmaidens in disrupting the mass.
§Catholics vs Refuse Fascism
by Rise Up 4 Abortion Rights Bay Area
Thursday Mar 3rd, 2022 6:59 AM 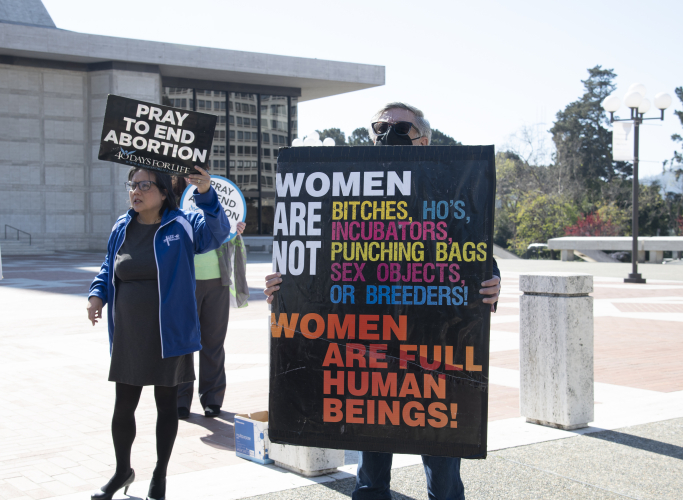 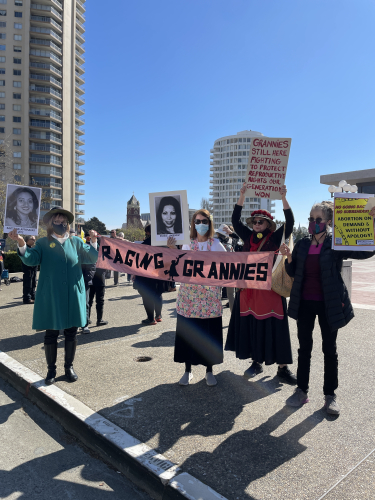 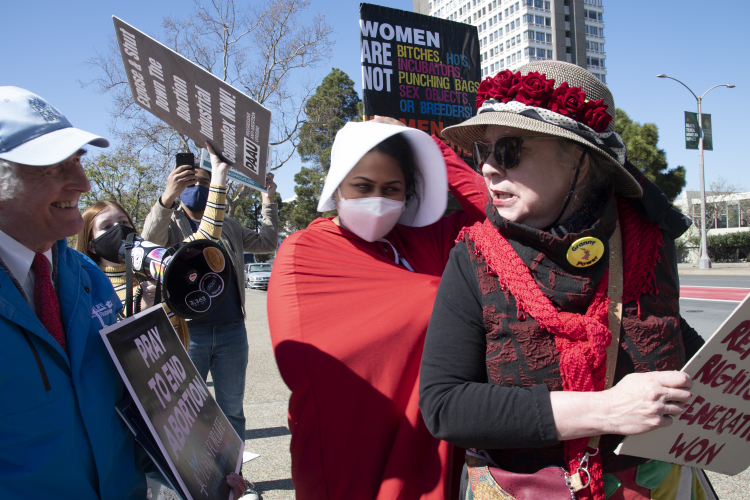 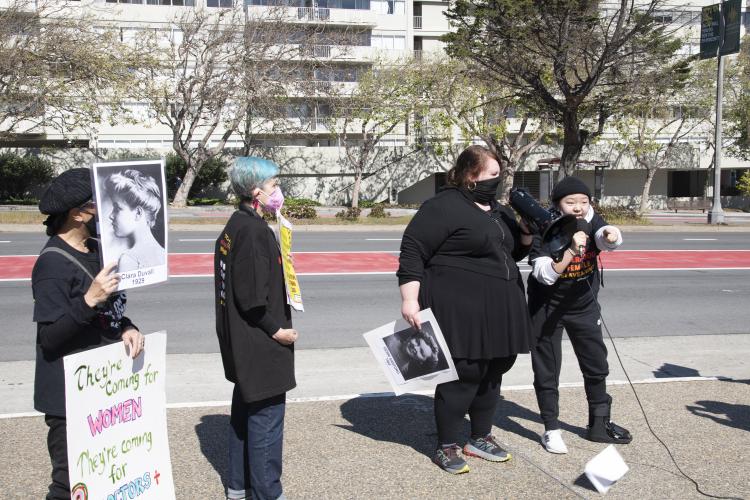 original image (3080x2052)
Mainstream media filmed some of the shared testimony
§Youth and Age Together for Action
by Rise Up 4 Abortion Rights Bay Area
Thursday Mar 3rd, 2022 6:59 AM 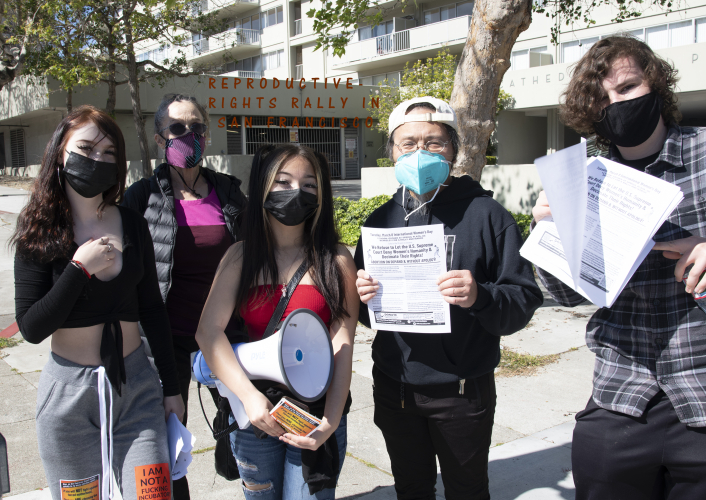 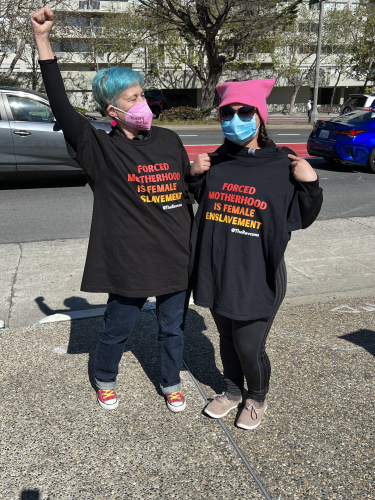 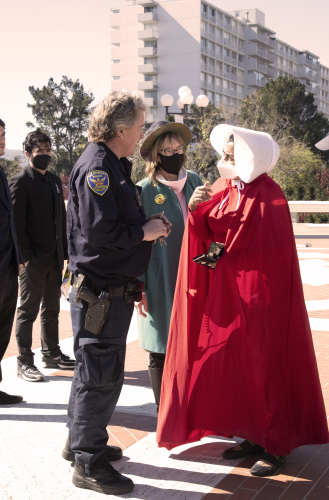 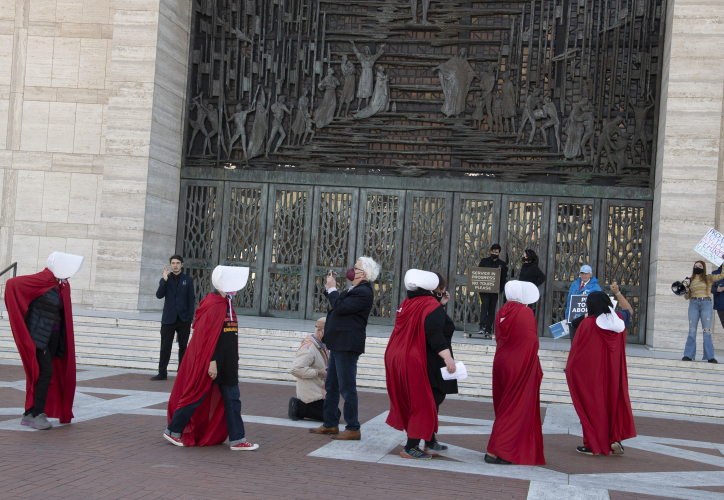 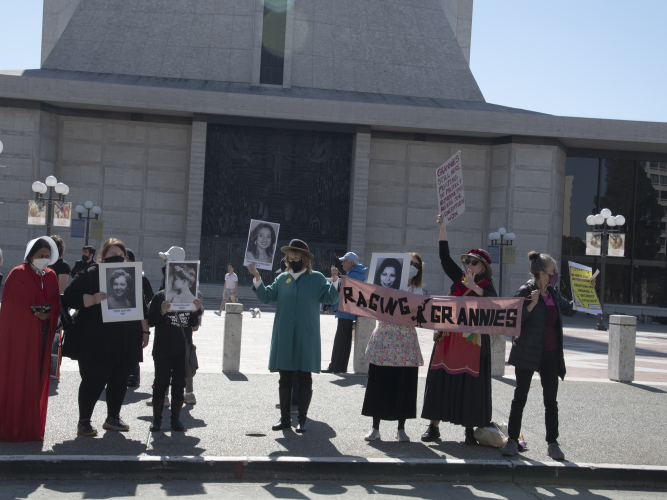 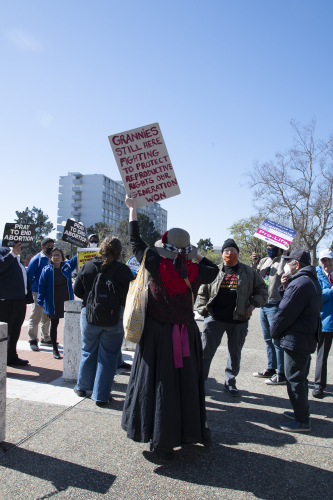 original image (2052x3080)
...the rights our generation won! Members of the Raging Grannies testified at the speakout, recalling suffering in the days before Roe v. Wade became law of the land
Add Your Comments
Support Independent Media
We are 100% volunteer and depend on your participation to sustain our efforts!