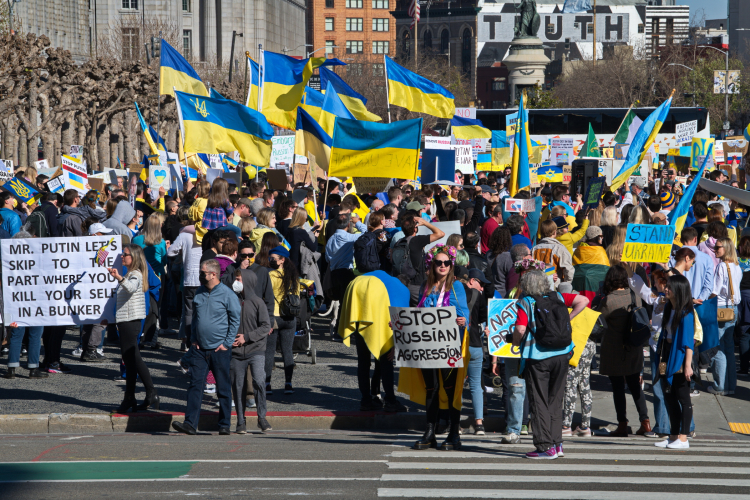 The Ukrainian community's fury at Russian President Putin's invasion of Ukraine was unabated as over 2000, many with their children, rallied in front of City Hall.

While grateful for the worldwide support they have received, they demanded to "close the sky", that is, that Ukraine's sky be made a "no fly" zone for Russian aircraft. They asked for explicit armed support from NATO countries and some signs demanded immediate incorporation into the NATO alliance. Recalling how Hitler ended, one sign suggested "Mr. Putin, let's skip to the part where you kill yourself in a bunker".

To the continual blare of horns from supporting passing cars, various ethnic groups including Russian, Hungarian and Romanian were there to express support. As Jews were there to show show support, a speaker urged them to pressure Israel to support Ukraine. 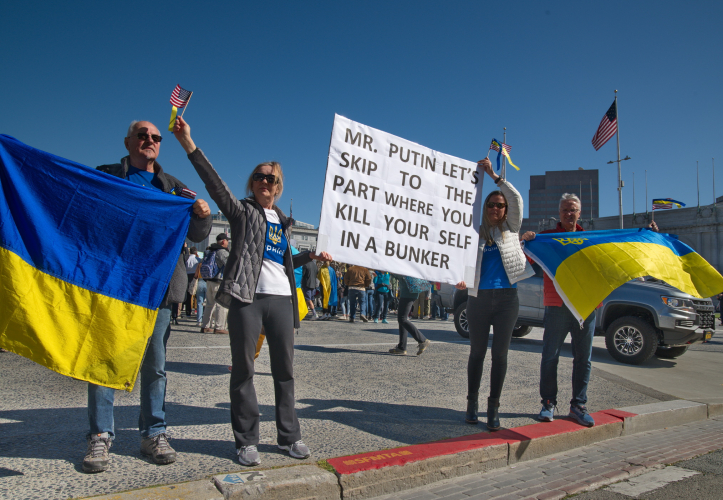 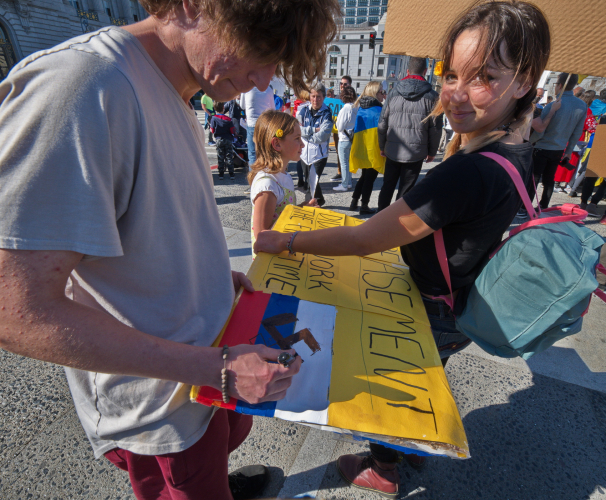 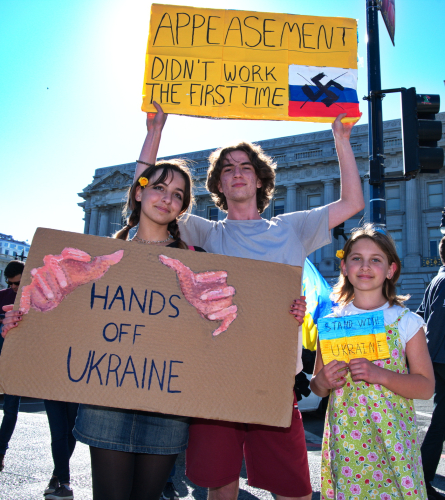 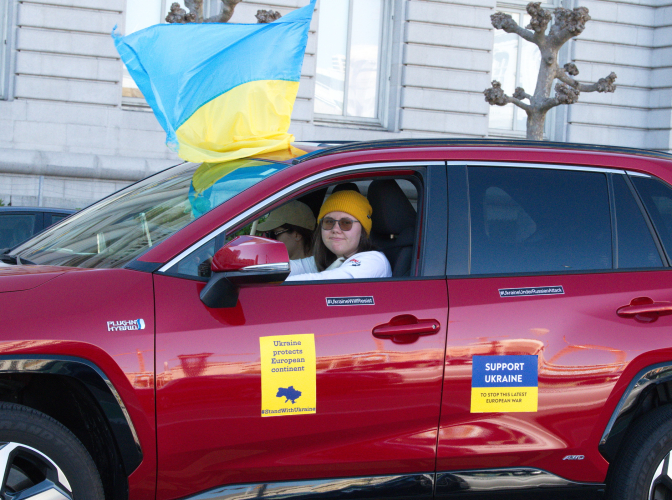 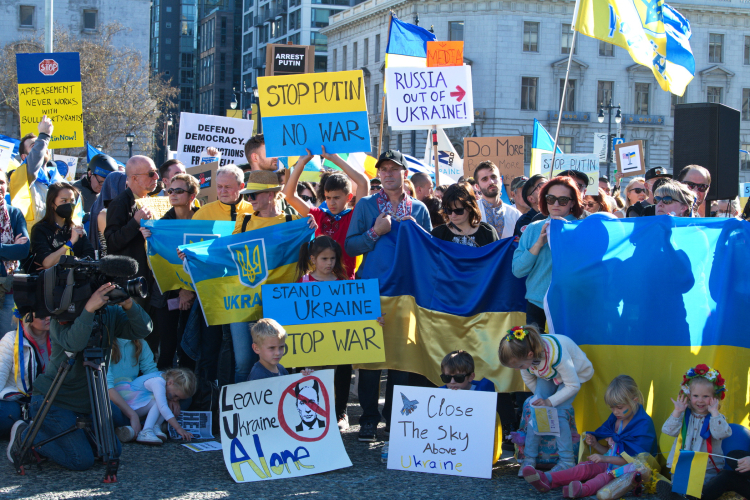 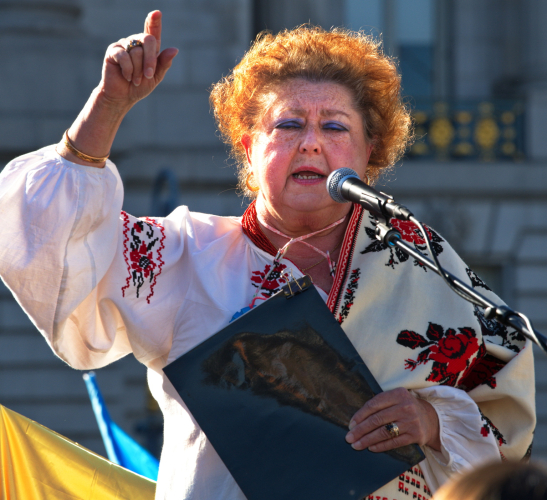 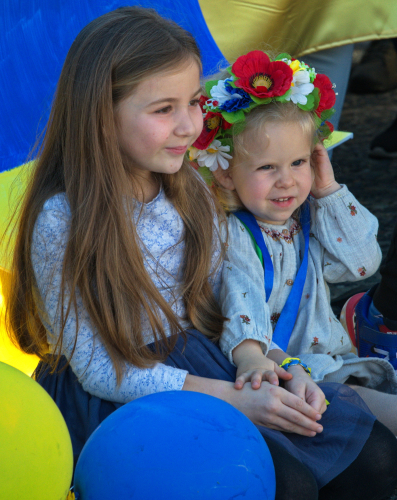 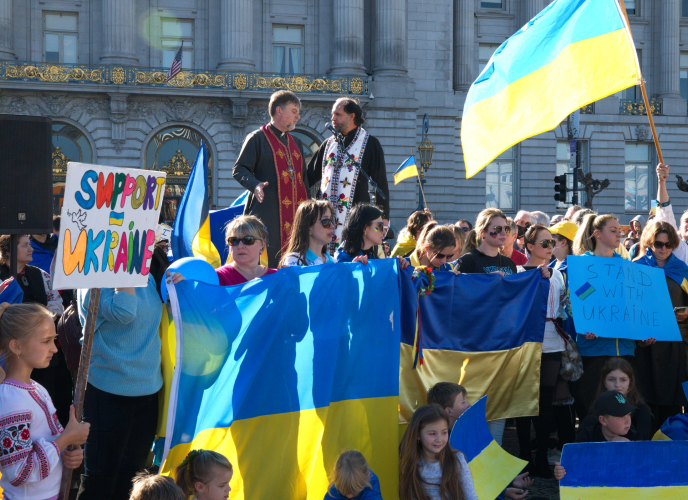 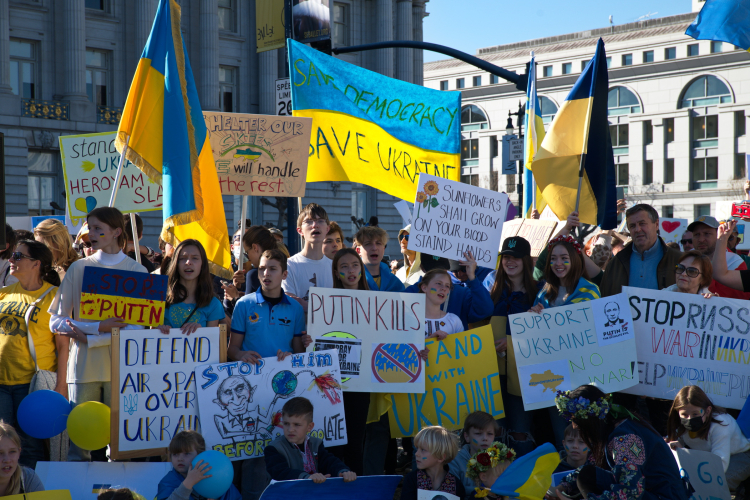 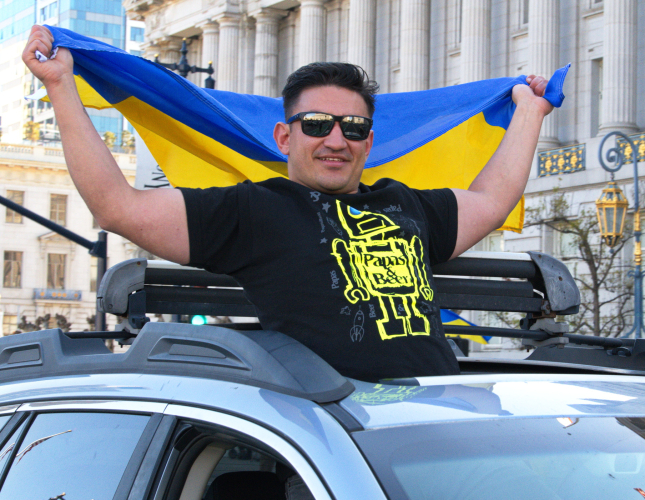 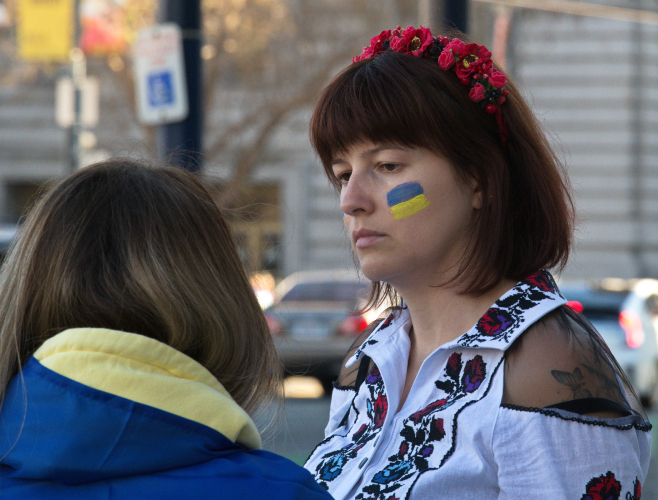 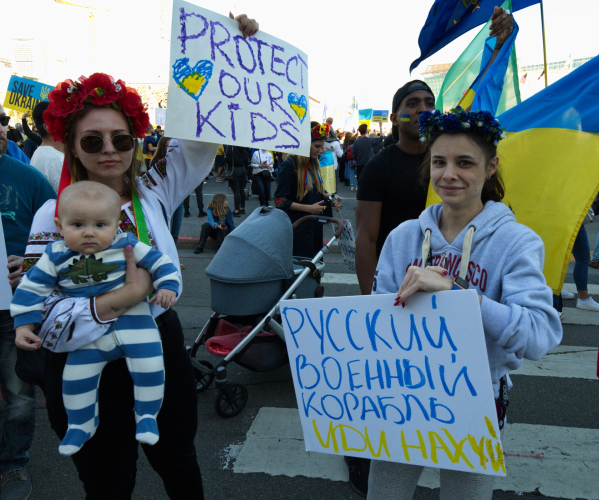 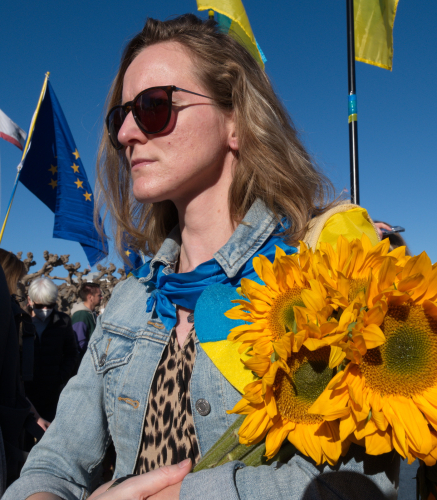 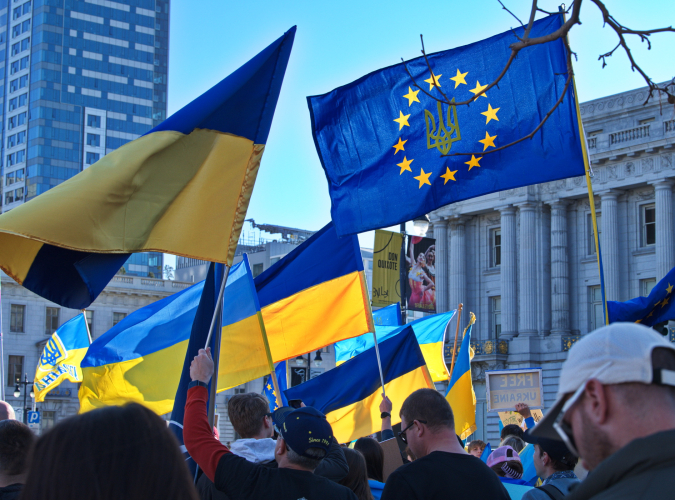 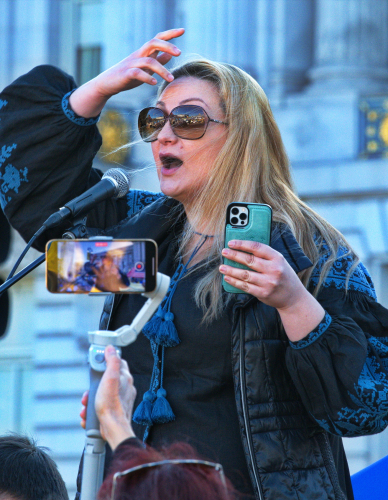 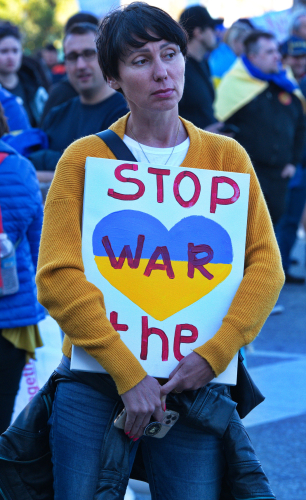 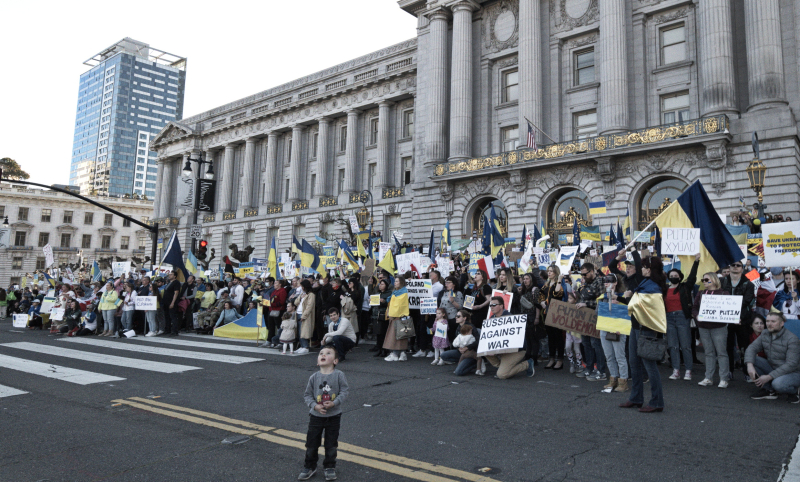 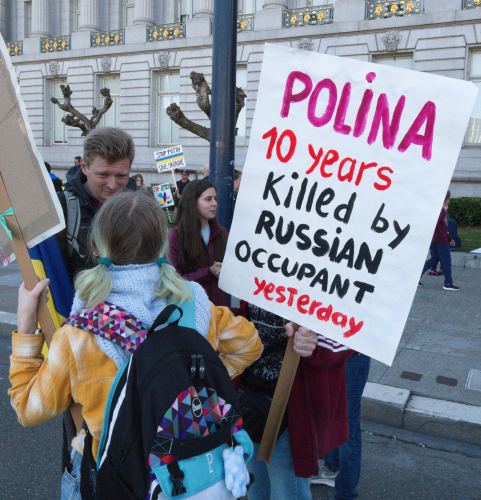 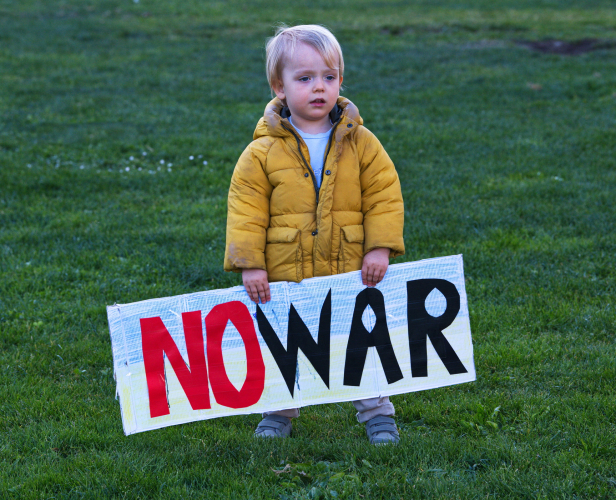 original image (1726x1400)
Add Your Comments
Support Independent Media
We are 100% volunteer and depend on your participation to sustain our efforts!