by Labor Video Project
A press conference was held to announce the filing of a lawsuit against the Sausalito police for the attack and arrest of independent journalist Jeremy Portje. Homeless and people living in boats also talked about the continuing violent assaults on them by the Sausalito police. They charged that the police have flagrantly violated First Amendment and basic human rights by the physical and abuse that journalists have faced. 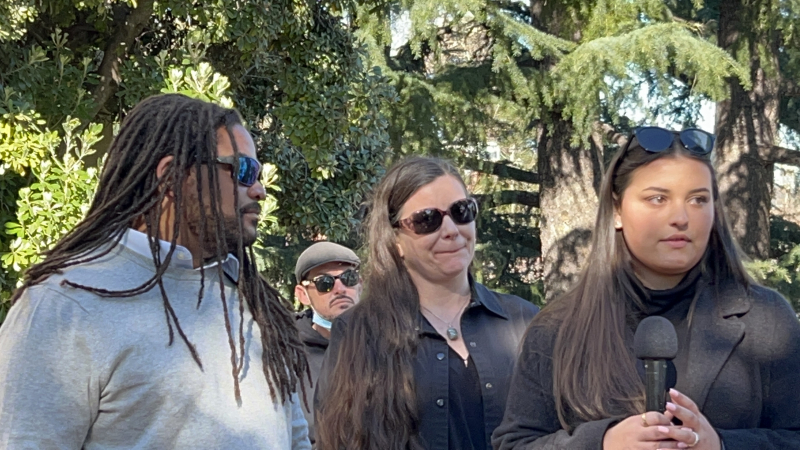 original image (3520x1980)
Three months after the police assault and arrest of independent Marin County journalist Jeremy Portje, a press conference on 2/20/22 was held to announce that a lawsuit is being filed against the Sausalito police and there were also calls for the Marin County District Attorney and California Attorney General Rob Bonta to investigate and prosecute the Sausalito police for the illegal attack and arrest of Portje which is a violation of the Shield Act in California. Although the District Attorney and Rob Bonta the California Attorney General are supposed to enforce the Shield Act they have refused to investigate and prosecute the police crimes.

His attorney Charles Bonner discussed the suit and Jeremy Portje's daughter and other victims of police violence also spoke.

There have been an continuing escalating attack on journalists in California, the US and internationally.

Sausalito Police Under Investigation for Treatment of Homeless Residents
https://pacificsun.com/sausalito-police-investigation/

The Indictment Of Julian Assange, Journalists, Wikileaks & The Defense Of Assange
https://youtu.be/Fm7DlyK9dbw 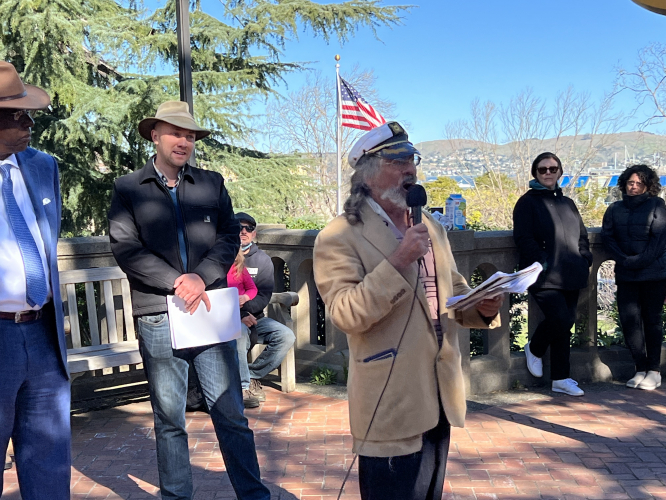 original image (4032x3024)
Jeff Chase spoke at the press conference about the history of Sausalito and talked about the criminal attack on homeless and poor in Sausalito. Chase was also forced out of a homeless encampment by Sausalito police officers at Dunphy Park in Sausalito, Calif.
END_OF_DOCUMENT_TOKEN_TO_BE_REPLACED
Add Your Comments
Support Independent Media
We are 100% volunteer and depend on your participation to sustain our efforts!