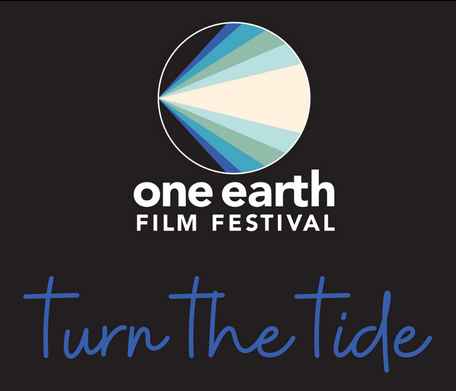 Join us for the 11th annual One Earth Film Festival, with virtual screenings on
March 5-13, 2022. We are the Midwest’s premier environmental film festival,
and we are turning the tide on climate change and environmental racism this year.

We are presenting 17 virtual watch parties. Each watch party includes expert panel discussions that will equip you with ways to take action on the world’s most pressing environmental problems.

Tickets are free. We suggest an $8 donation to help us keep these events free to all.

FILM DESCRIPTION: Girls for Future follows four girls from Senegal, Indonesia, Australia and India who fight for a better future. Between the ages of 11 and 14, they are all directly affected by the consequences of environmental destruction. In the film, we see the global water crisis as it is playing out in Senegal. A visit to the girl from Indonesia highlights plastic waste pollution. A segment on the girl from India reveals the effects of the agricultural crisis. Finally, the Australian girl reveals the fatal destruction found within oceans and on land due to climate change.

FILM DESCRIPTION: Follow the story of two teenagers as they go up against a serial polluter (General Iron scrap metal) moving into their already overly industrialized neighborhood in the southeast side of Chicago. Destiny and Greg show us what it's like to grow up in an area with dangerous air pollution and why they deserve better.

Will screen with The Campaign Against the Climate.


"The Campaign Against the Climate"

FILM DESCRIPTION: The planet's largest oil companies were among the first to detect global warming. Instead of taking action, they launched a campaign that has derailed the fight against climate change. A shocking investigation uncovers what these institutions have done to impede the battle against climate change. Companies fired scientists who spoke out, and public perception was purposely manipulated. As the scale and urgency of the climate crisis are becoming undeniably clear, the impact these actions may have had on the race to save the planet is more startling than ever.

Will screen with Let Us Breathe.

FILM DESCRIPTION: English broadcaster and historian, Sir David Attenborough, has encountered some of the world's most extraordinary animals and plants. But many of these wonders may now be destined to disappear from our planet forever. With 1 million species at risk of extinction, the huge variety of life on earth, known as biodiversity, is being lost at a rate never seen before in human history. This is a crisis not just for the natural world but for every one of us. This mass extinction threatens our food and water security, undermines our ability to control our climate and even puts us at greater risk for more pandemics.
_________________________________________________________
Added to the calendar on Wed, Feb 9, 2022 3:40PM
Add Your Comments
Support Independent Media
We are 100% volunteer and depend on your participation to sustain our efforts!