Protest in Oakland Says No to War with Russia 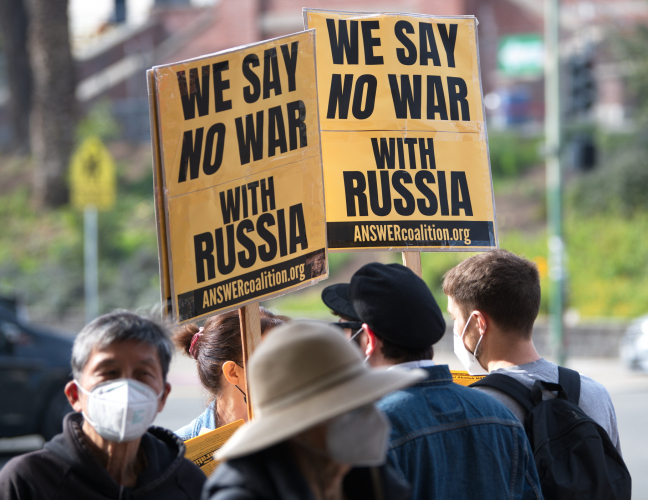 Oakland's Grand Lake Theater was again the scene of a spirited protest this Saturday. Many issues were addressed. Ever before the scheduled start of the rally Jewish protesters were there with signs denouncing Israel's treatment of Palestine.

While UNAC (United National Antiwar Committee) had organized the event to protest the Biden administration's drumbeat to war, people from many other organizations including Code Pink, the ILWU, and the Internationalist were there to show support. Speakers lambasted the never ending funding of arms and wars at the expense of human needs.

Seniors were out in full force. Some shoppers from the adjoining farmers market came over to see. An unhoused man who had been sleeping in the theater's entrance joined the participants.

The action was sponsored by:
See all high resolution photos here.
§
by Leon Kunstenaar 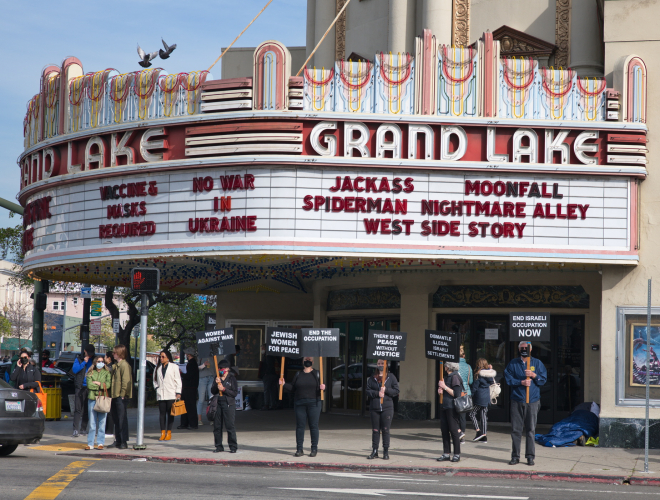 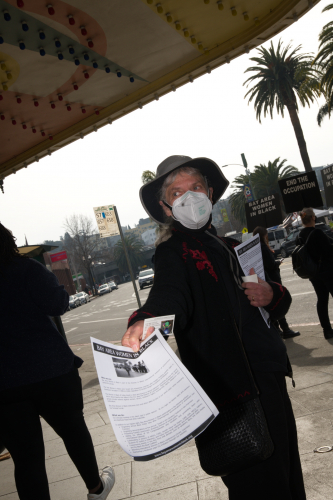 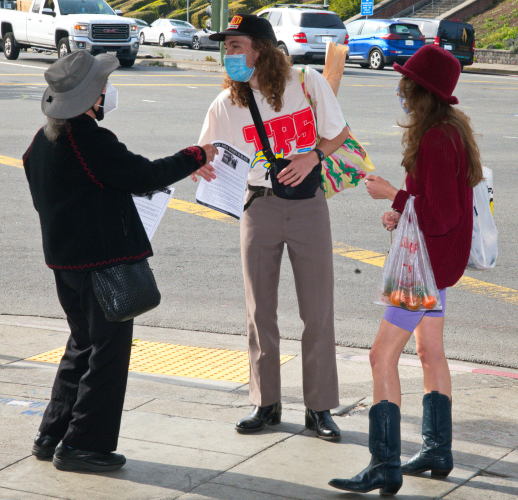 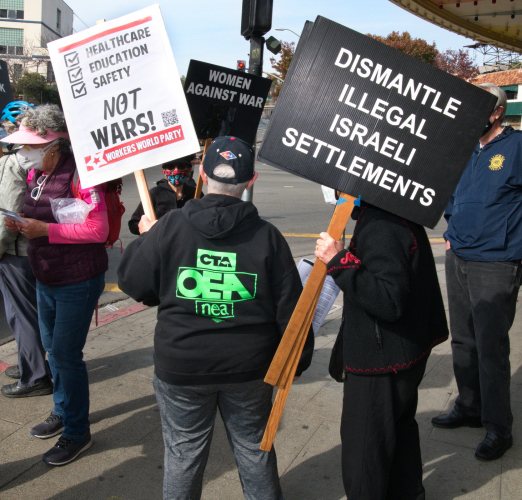 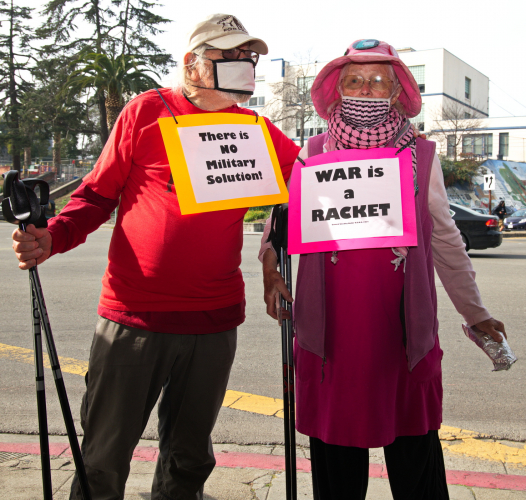 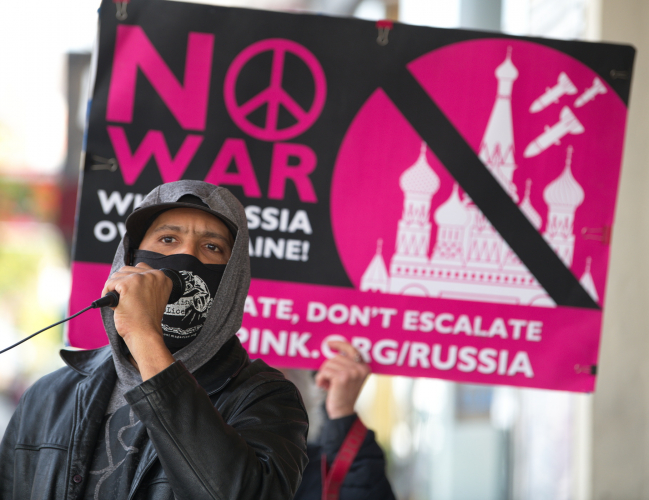 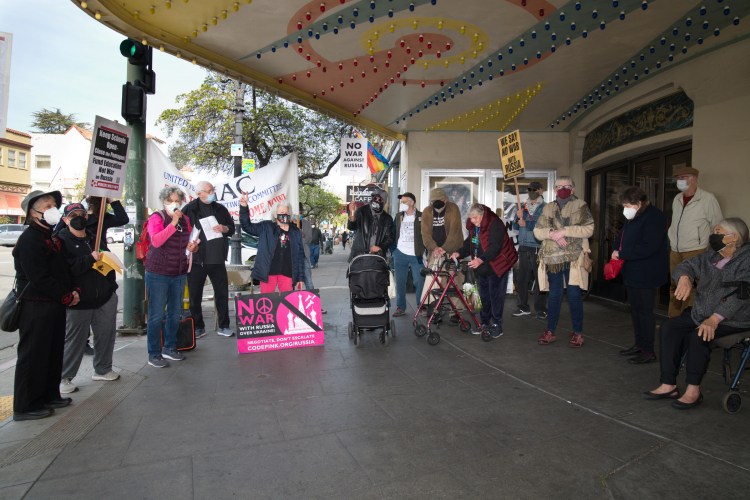 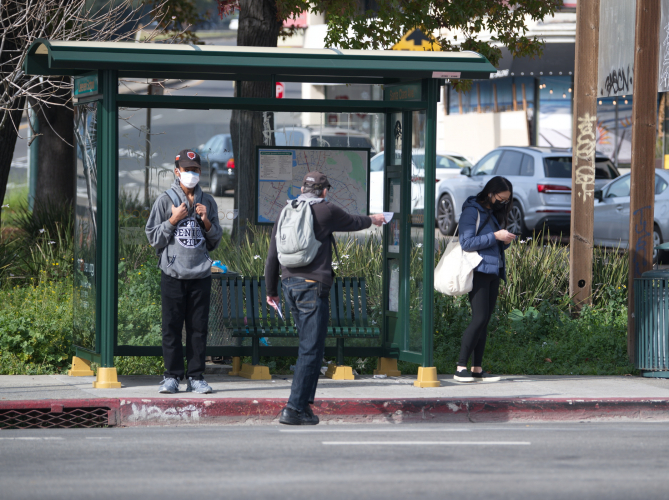 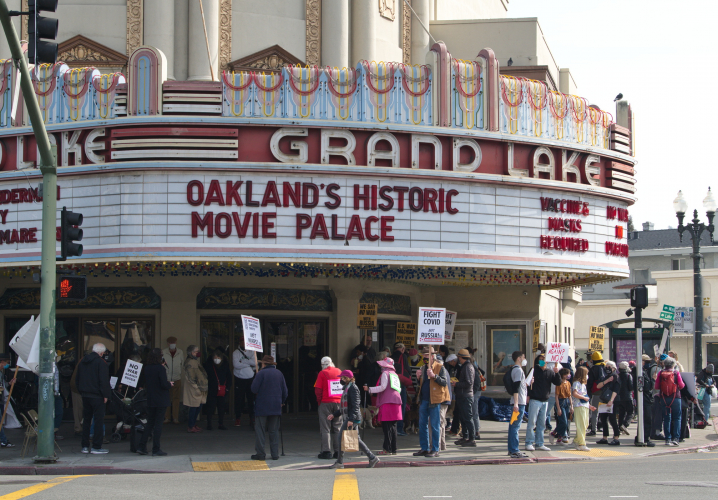 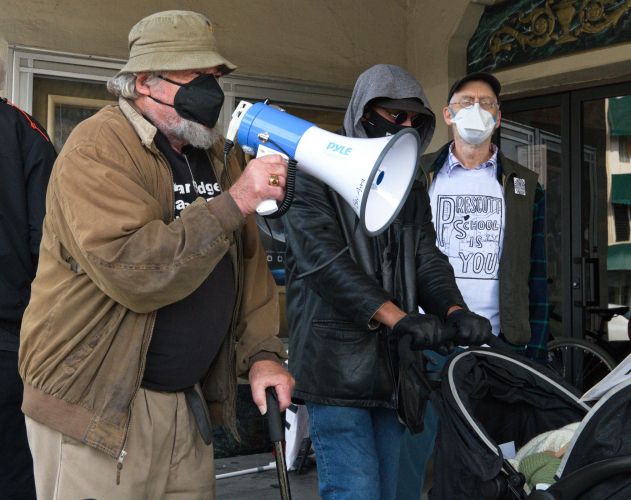 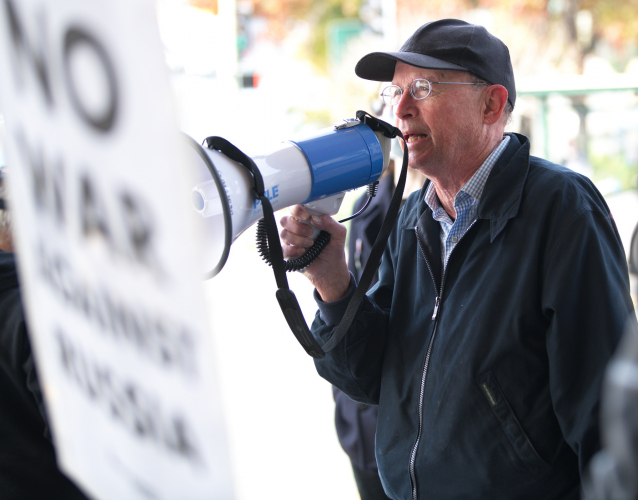 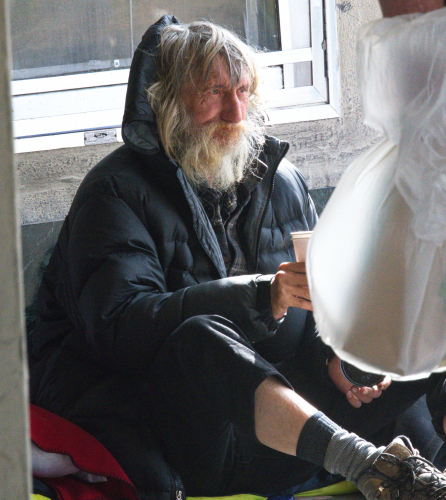 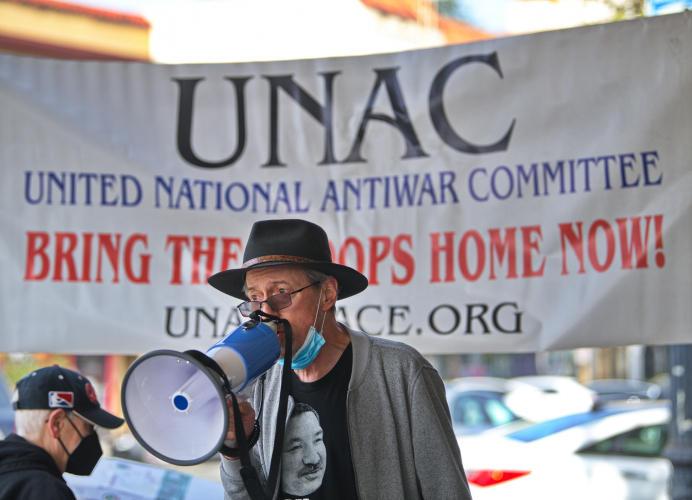 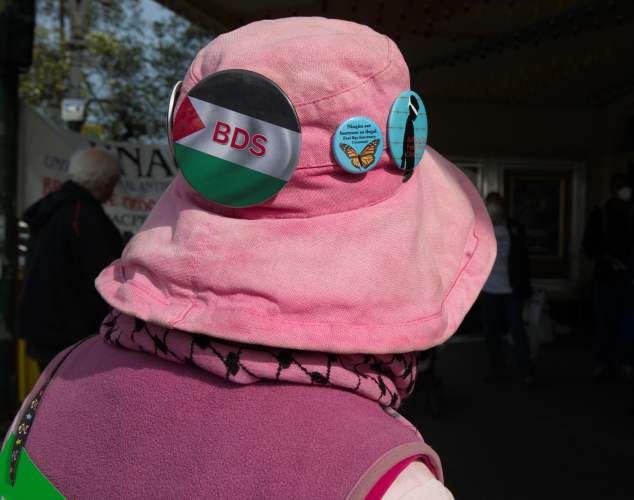 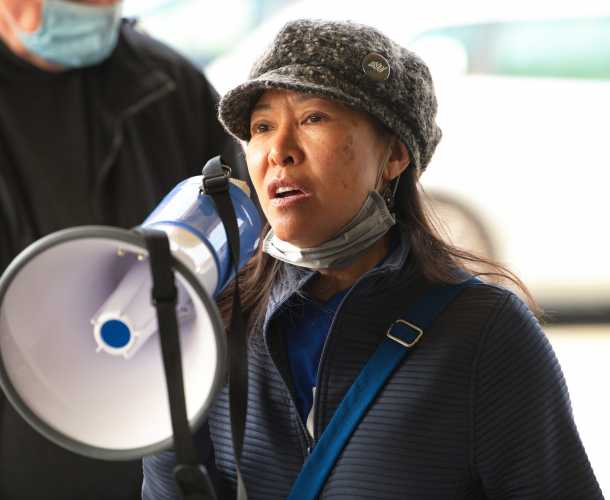 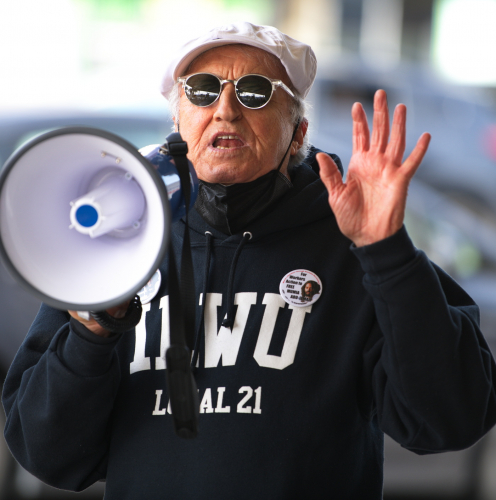 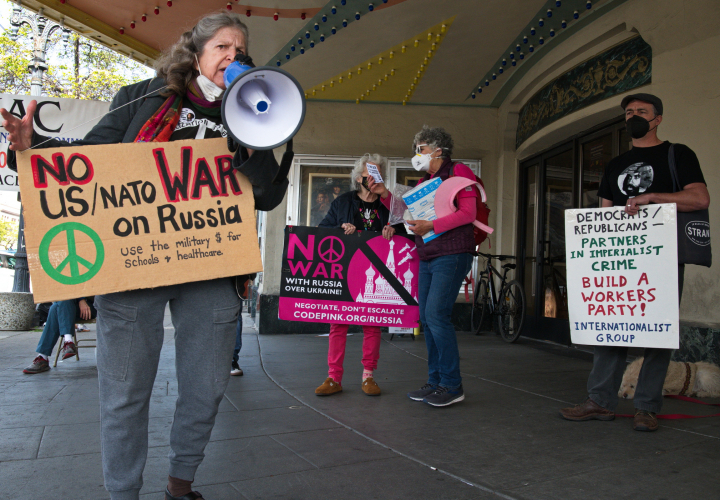 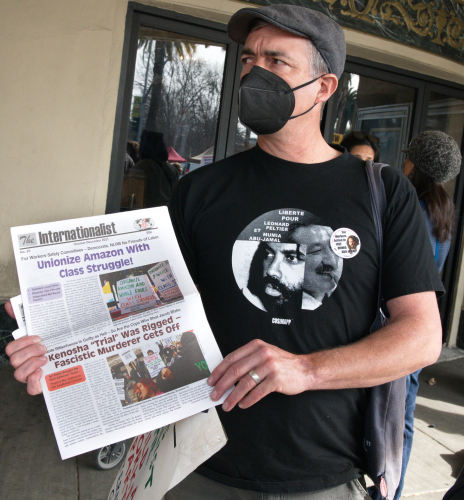 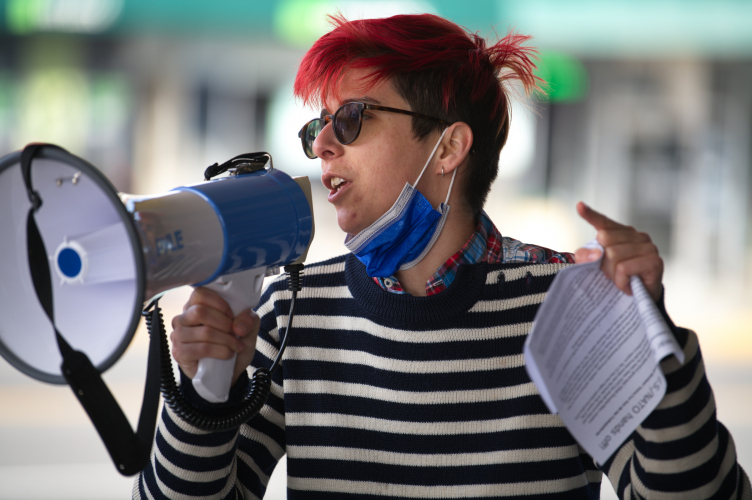 original image (2106x1400)
Add Your Comments
Support Independent Media
We are 100% volunteer and depend on your participation to sustain our efforts!