Add an Event
Newswire
Calendar
Features
Home
Donate
From the Open-Publishing Calendar
From the Open-Publishing Newswire
Indybay Feature
Related Categories: Palestine | International | San Francisco | Labor & Workers
Victory To South African Clover Workers & Smash Israeli Union Busting! For Workers Control
by Labor Video Projecct
Friday Jan 28th, 2022 6:27 PM
As part of an international day of action on January 27, 2022 for the 5,000 South African Clover workers actions took place all over the world including in San Francisco at the Israeli consulate. The workers have been on strike since November 22, 2022. 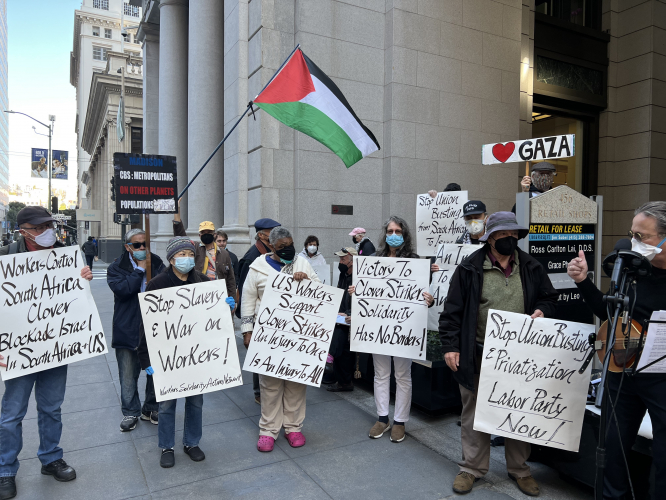 original image (4032x3024)
As part of an international day of action on January 27th for the 5,000 striking Clover workers in South Africa a rally was held at the Israeli consulate in San Francisco. Clover which is owned by Israeli billionaires David and Dorit Wertheim own the Clover through a take-over by their companies Milco and the 'Israeli Central Bottling Company. As soon as they took over, they imposed a 20% pay cut and began massive asset stripping and shutting down production.

Speakers talked about the role of the ANC Ramaphosa government which approved the take-over by these billionaires despite information that they have used their bank to finance illegal settlements on Palestinian land. They also have dairies in Palestinian lands and supply Coca-Cola products to these settlements. Their company CBC has the franchise for Coca-Cola in Israel and now want to ship Israeli product to replace Clover products.

Also a report was made on the role of the Israeli government and trade union Histadrut in supporting the South Africa regime and also engaged in terrorism and assassinations of trade unionists and leftists in Central and Latin America.

Striking GIWUSA and FAWU members are calling for among other things, the nationalization
of Clover
https://peoplesdispatch.org/2020/05/01/south-africas-largest-dairy-company-forced-to-shutdown-plant-after-workers-test-positive-for-covid-19/ 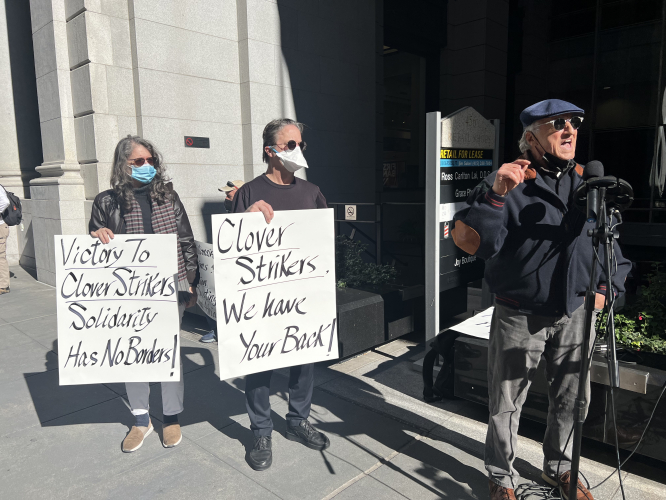 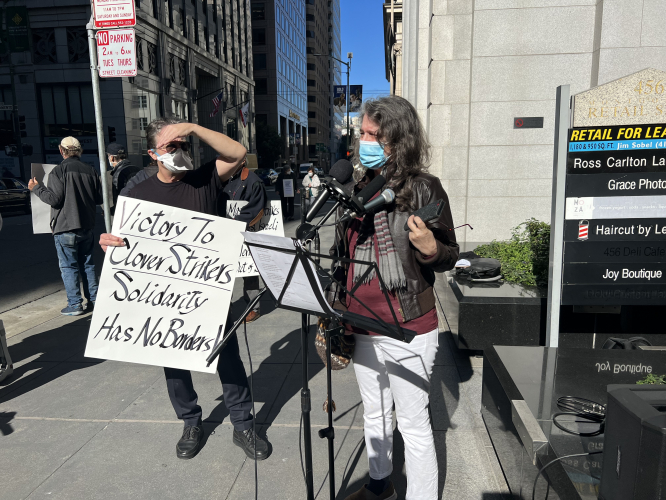 original image (4032x3024)
Liza Milos, a member of CWA UPTE spoke about the fight against privatization and the fight for democracy in the labor movement.
https://youtu.be/139dvJfFONg
§From South Africa To Oakland
by Labor Video Projecct
Friday Jan 28th, 2022 6:27 PM 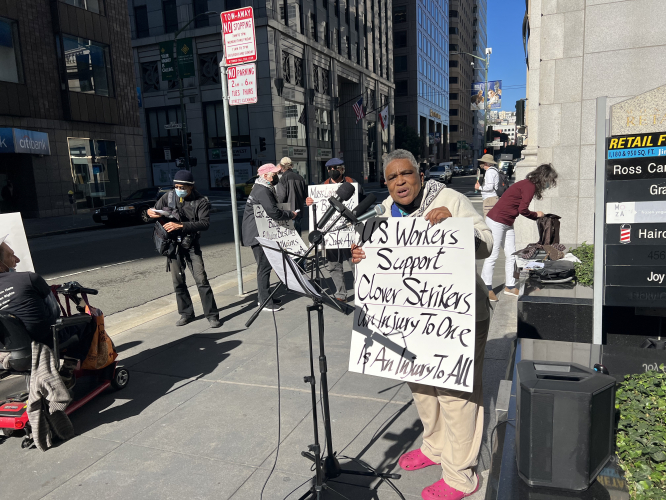 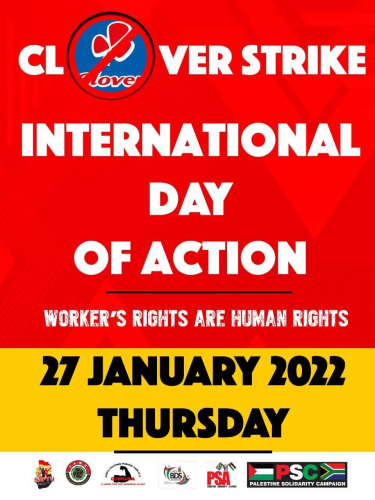 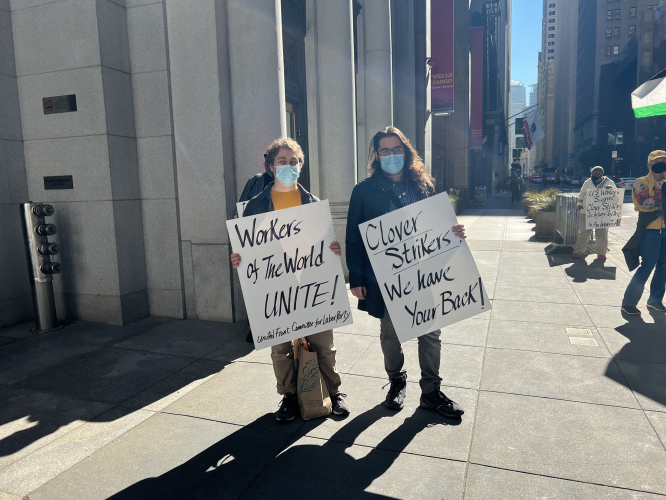 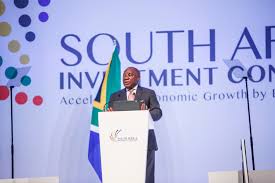 SA president Ramaphosa's government supported the take-over of Clover by the Israeli billionaire Wertheim family. He himself has the franchise for McDonald's in South Africa as the Wertheim's have the Coca-Cola in Israel.
https://youtu.be/139dvJfFONg
Add Your Comments
Support Independent Media
We are 100% volunteer and depend on your participation to sustain our efforts!