Oakland, a city at war with itself

by Lynda Carson (newzland2 [at] gmail.com)
Oakland Is A Tale Of Two Cities - A City At War With Itself, Targeting The Poor For Displacement, While Subsidizing The Rich! 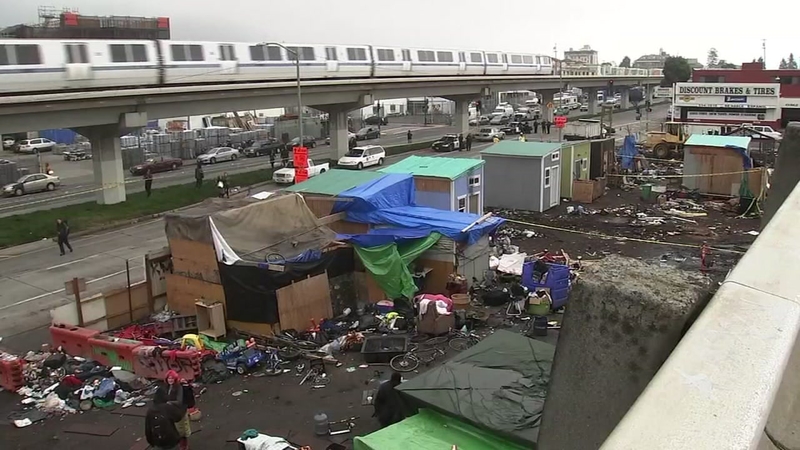 Oakland, a city at war with itself

Gunfire erupts on a quiet night in the flat lands of Oakland. Nearby, tenants and homeowners momentarily stop what they are doing as they hear the sound of gunfire, and screams of another shooting victim crying out for help.

Some of them quietly dial 911 to alert the cops of another shooting in their midst. Others cringe in silence, and are too afraid to get involved, or peek outside of their windows to see what is happening. The light and movement of their curtains at a window may alert the gunman to their presence, and the gunman might blast a few bullets through their windows as a result. Sadly, they wonder if they know the person who just got shot, and hope that it is not anyone that they know.

Dressed in black with a stocking cap on his head, the gunman quickly flees down the street before anyone can see him clear enough to give a good description to the cops, even if they wanted to get involved.

Meanwhile, another young man bites the dust that evening as he lay on the sidewalk in a puddle of blood. Gasping his last breaths of air as he realizes that he does not want to die. He calls out to his mother in a cracked voice of pain as his life-force drains onto the street in a tiny river of blood, but his mother does not hear his call for help.

Sooner or later, the cops show up with a firetruck close behind, and an ambulance on the way. A Crime Scene Technician appears to take photos of the grisly bloody shooting crime scene. But by now, the shooting victim is already dead. Murdered, as a crowd of first responders stand around chatting with one another like old friends at a festive event, waiting around for someone from the morgue to come by and claim the body. The red and blue lights from the vehicles of the first responders are still quietly flashing on and off, lighting up the street in an eerie sort of way.

By now, a crowd of bystanders stood and stared at what was unfolding in their hood. They want to know who was just murdered, or why, as they whisper to one another asking what happened? Who got shot? Some of the busy bodies are already chatting on their phones, and spreading the word that someone was just murdered in their midst.

That’s right. Oakland is in the midst of a murderous crime wave, and it’s apparent that the city is at war with itself, one way or another.

The shootings in Oakland are occurring during the never ending covid-19 pandemic that has taken so many loved ones in over the past two years, with 61,690 recorded covid-19 cases in Oakland so far, and 455 covid-19 related deaths.

Reportedly, some local “so-called” public health experts are already petitioning state officials and the governor to accept (pretend) that covid-19 is now endemic instead of being a pandemic, and to change our public discussions toward defining a path to remove all covid-19 restrictions in our public schools.

The news media has been complicit in helping to promote the idea that the pandemic is over, and that it's time to move forward by switching the pandemic, as being endemic.

This madness being promoted by some so-called local health officials is happening at a time when covid-19 is peaking across the nation with over 870,000 covid-19 related deaths, including 2,969 deaths across the nation reported on Jan. 25, 2022. They are promoting this scheme while Oakland schools reportedly lack enough N95 masks or testing procedures, to protect the students and teachers from the deadly virus/s in our midst.

Meanwhile, Oakland schools are reportedly facing $50 million in budget cuts. This is happening as Oakland Mayor Libby Schaaf is pushing for a new ballpark downtown Oakland along the waterfront that will cost the Oakland taxpayers around $800 million to a billion dollars in financing for the infrastructure costs to subsidize billionaire John J. Fishers scheme, for his new proposed ballpark.

Not only is Oakland a tragic tale of two cities including the rich and the poor, but it is literally a city at war with itself.