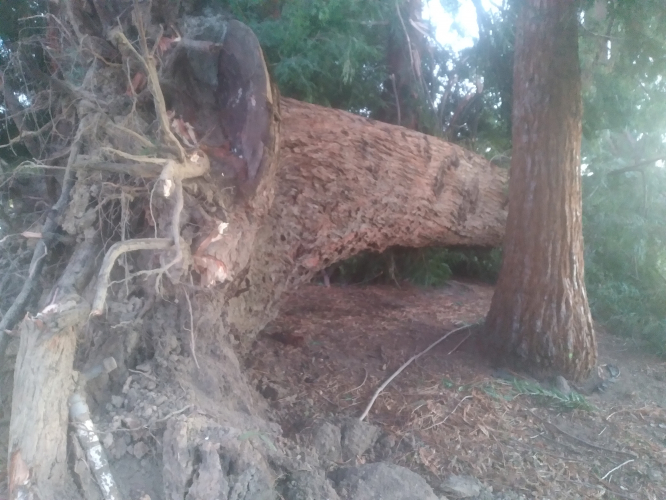 This giant redwood felled by high winds? How can that be?

A major root of the redwood had been CUT.

A year ago or so, the sidewalk next to the tree was redone.
The trees had grown through part of the sidewalk- just the very edge, and it must have been decided that it was unsafe or unhygienic, and disorderly to allow the bit of root to grow where it always had. The root grew beneath the sidewalk and beneath Derby avenue anchoring the redwood against things like high winds.
If you come to Willard park, South Berkeley you will see the fallen trees roots in the air‐ and if you look at the root from the direction the tree fell from- you will see that root had been severed- a "clean" 90° cut across it. (also see the root at the top of the attached photo #2).

This is criminal. The entire relationship between people- but especially city government, and nature NEEDS TO CHANGE.
The city makes plans and implements them with absolutely zero public notice or comment- and cutting corners (and tree roots) at every step.
How often do crimes of this nature take place?
Further more- it appears the city's plans the morning after the the tree fall is to claim that the surrounding redwoods at Willard need to be cut down. These people making the decisions are the same people that made the decision to initially cut the root that led to the tree's fall in the first place. Not wise to leave the decisions in the mind's or hands of these people. It should also be noted that the park staff here have also been extremely overzealous with cutting lf flowers and bushes- even cutting flower bushes back while being fed on by hummingbirds, bees, etc.

UC Berkeley has an entire Forestry department that has not been consulted. No tree autopsy has taken place.
Since the tree has fallen many people and their families have come to look and stop and talk. The most recurrent question is "how old was the tree?" No one knows.

The city has a T-1 bond for Willard park. The city decided to use the money from it to build a giant after-school daycare building without surrounding residents knowledge or input- and despite massive area resident opposition. The plan is also to cut many trees to make way for construction.
The money would be better spent autopsing the redwood and educating the city's public works to prevent this from reoccurring.

The park is at the corner of Derby and Hillegass avenues. The tree is at the north-eastern corner of the park- but don't worry, you will not miss it, it's a giant, awesome tree... 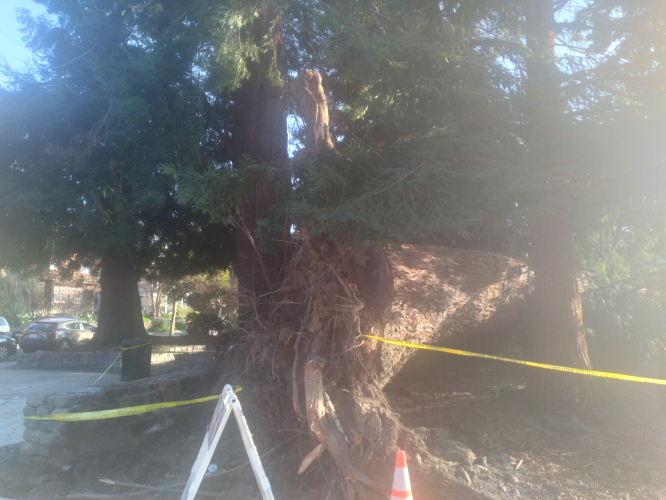 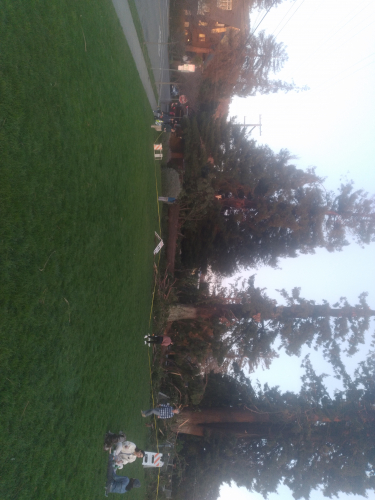 original image (3120x4160)
Tree across Willard park
Add Your Comments
LATEST COMMENTS ABOUT THIS ARTICLE
Listed below are the latest comments about this post.
These comments are submitted anonymously by website visitors.