Add an Event
Newswire
Calendar
Features
Home
Donate
From the Open-Publishing Calendar
From the Open-Publishing Newswire
Indybay Feature
Related Categories: U.S. | Womyn
"Forced motherhood is female enslavement. When women are not free, no one is free"
by Curt Wechsler
Friday Jan 21st, 2022 5:23 PM
"We're really in a state of emergency as to whether women are going to be treated as both human beings or incubators," Sunsara Taylor, an initiator with a new movement called Rise Up 4 Abortion Rights, told Newsweek. 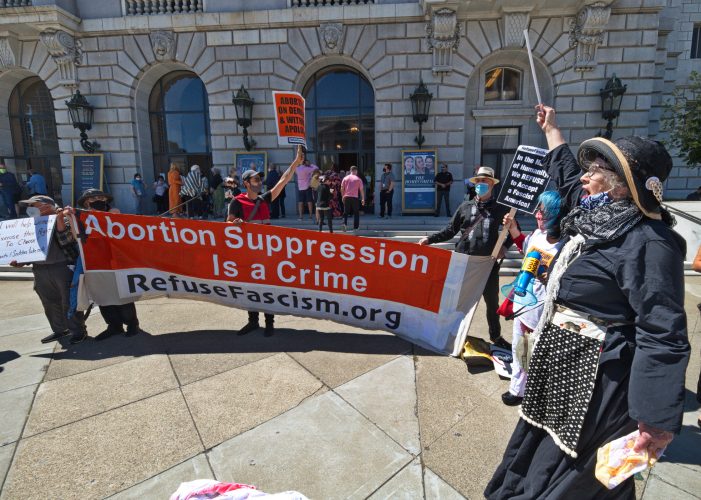 The attack on abortion rights "is part of a patriarchal Christian fascist program that takes aim at contraception as well as LGBTQ rights," the movement's statement adds. "Denying the right to abortion hits poor women, and especially Black and other women of color, with vicious consequence—tightening the chains of both white supremacy and the subjugation of women."
https://www.facebook.com/groups/6226773318...
Add Your Comments
LATEST COMMENTS ABOUT THIS ARTICLE
Listed below are the latest comments about this post.
These comments are submitted anonymously by website visitors.