by Khubaka, Michael Harris
From the back side of Mt. Shastina to the foothills above San Diego in Camp Lockett, our Juneteenth Celebrations honor #Womanity in our ongoing journey towards a greater measure of freedom. 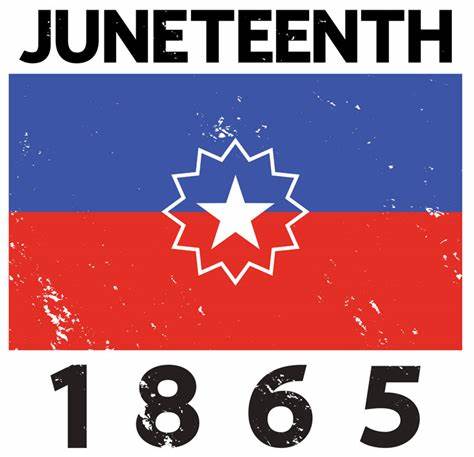 As our National Juneteenth Holiday expands throughout the world. California 58 counties and 100+, cities with 100,000 residents could have an official holiday with clear and consistent leadership.

Education is the key, new early childhood education for all children is and extraordinary opportunity to lift up equity and inclusion of how freedom is celebrated in our nation’s history.

On June 19, 1865, Union General Gordon Granger led US Colored Troops and thousands of State Militia Union troops into Port Galveston, Texas, beginning a 7 week campaign to seal the border and end slavery in the State of Texas. US Colored Troops went plantation to plantation freeing enslaved people of African Descent at part of the final acts of our US Civil War. December 18, 1865, the 13th Amendment to the US Constitution legally ended the insidious institution of slavery, unless you are convicted of a crime, thereof.

Thousands of enslaved people in Texas – were among the last freed in the Confederate States in Rebellion, slowly throughout the vast regions of the Southwest people of African Descent tasted hard-won freedom for the first time.

Joyous official holiday commemorations began in Texas and spread around the nation, with cities and communities in California joining in celebration of this signature milestone announcing freedom for all.

Since 2003, the State of California has officially celebrated Juneteenth as a day to honor and reflect on the significant contributions before, during and after, “Previous Condition of Servitude” as the law originally read.

Since, the dawn of recorded California history people of African Descent are keen part of California’s legacy, pre-European Conquest, Alta California Mexican Territory and California Statehood, September 9, 1850, we continue to make countless contributions to the forward flow of humanity.

2022 Juneteenth, in the Great State of California may join official paid holiday via California State Legislation.

As part of our year-long recognition honoring #Womanity, we are hopeful the Red, White and Blue of our official National Juneteenth flag will fly over our California State Capitol, which should be lit in the colors of flag our US Colored Troops used in battle, as the standard upon which so many died yearning for a greater measure of freedom.

Indigenous, Afro-Lationo and people of African Descent from the Diaspora have shed their blood fight in opposition to the initial enslavement here in Land of California, beginning with the conquest of Hernan Cortes, in 1535.

Together, as honor California Juneteenth, and our authentic journey towards freedom, let us all redouble our commitment to use our power to stamp out racism in our communities and institutions and secure freedom for all.