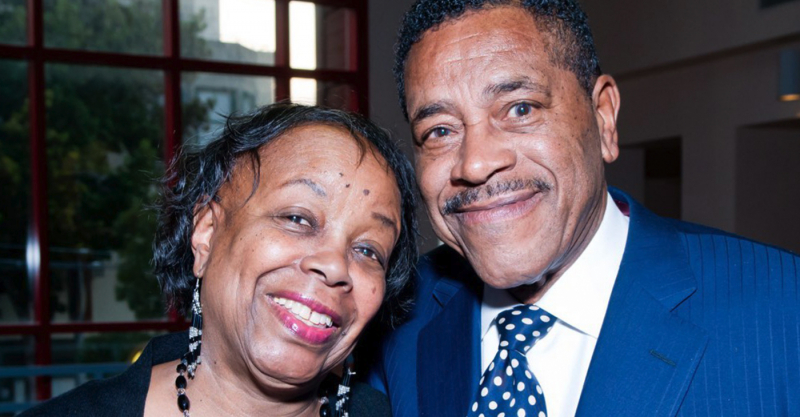 It saddened my heart when I learned my friend and former
editor Gail Berkley had passed on December 26, 2021 after a long illness. Gail was 74 years old.

I read about her in this week's copy of the Oakland Post newspaper. I was out for my morning mountain bike ride and I stopped at a local liquor store to get a copy of the Post and there was the headline that read: ' LEGENDARY JOURNALIST GAIL BERKLEY DIES AT 74'.

I was shocked when I read that headline. I pulled over and got off my mountain bike and wept for my friend Gail. That headline in the Oakland Post was totally correct she was a legendary journalist and so much more.

She was the daughter of Thomas L. Berkley founder and publisher of the Post News Group. Mr. Berkley was trail blazer and pioneer in the Black press locally and nationally and his daughter Gail followed in his footsteps as well.

The Post News Group was located in the heart of downtown
Oakland, CA. When I was a community and entertainment writer and doing account executive work for the Post in the late 80s and early 90's, I would pass by Gail's desk several times a week and she would always greet me with gentle 'Hello' and her warm smile.

I would place my copy of my assignments for the week on her desk for her review. I would sit by her desk and would wait for her thoughts on my articles for that week and she would tell my she was pleased my work.

Gail was such a fair and kind editor, she was always a breath of fresh air in the newsprint game. In her tenure of 32 years at the Post, in my opinion she was the probably the best editor on the West Coast and one of the top five in the Nation.

Gail Berkley knew her newsbeat and made sure all of her reporters at the Post were on top of their game, when on assignment and returning with the best local coverage anywhere in the Bay Area. Her remarkable skills and talents of being a true editor were simply amazing. She give a real voice to the entire Black community in every weekly edition of Post.

Congress Member Barbara Lee stated in the Post article that:
" Gail was an institution in Bay Area journalism." That is such a true statement. But Gail Berkley was a giant in Bay Area journalism, she built a journalistic empire that transcended the Bay Area, the Nation and that crisscrossed the African continent.

Gail Berkley took journalism to the next level and for those of
use who had the good fortune to work with her as reporters, she was simply the very best.

photo credit: Post News Group
Add Your Comments
Support Independent Media
We are 100% volunteer and depend on your participation to sustain our efforts!