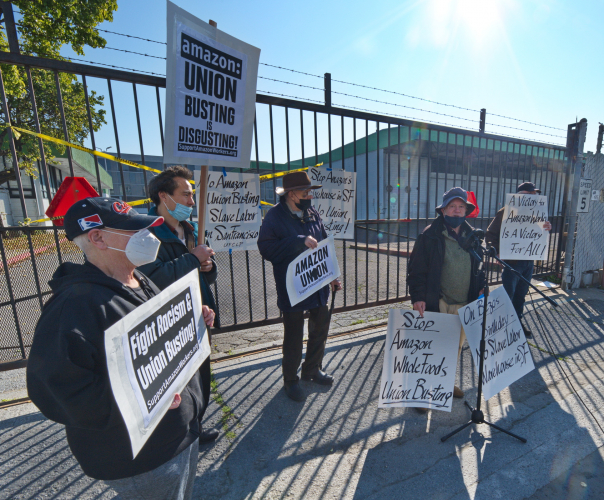 On Jan. 12, union activists converged at the site of a huge proposed Amazon warehouse at 7th and Berry Streets in San Francisco. Mainstream media was there to hear speakers explain the issues.

Some wondered how the residents of newly constructed apartment buildings adjoining the site would react to the massive truck traffic resulting from the huge warehouse.

Demonstrators shouted slogans blasting Amazon Jeff Bezos' anti union stance. They did, however express approval of his recent forays into outer space. Regarding his return, not so much.

From the event announcement:
Amazon has bought a whole square block in San Francisco for $200 million and wants to build a massive warehouse and use non-union labor threatening Teamsters at UPS and large number of small retailers who will be wiped out.

They have also fired thousands of workers from throughout the US for trying to organize and also workers who complain about serious health and safety dangers.

The same wrecking operation by Bezos also took place with Wal-Mart at rural communities throughout the United States when Wal-Mart moved in.

The land was supposed to be zoned for working class low income housing but the corrupt City officials controlled by developers allowed Amazon to use it for their proposed new warehouse.

It will also lead to massive closures of small businesses and increases the traffic and pollution with hundreds of trucks coming out of the warehouse. The poverty wages off Amazon workers means that they would have to commute hundreds of miles into San Francisco or be forced to sleep in their cars as UBER and Lyft drivers do.

Speakers talked about the fight for labor and human rights at Amazon in Italy, Poland, South Africa and in the US.

Initiated by United Front Committee For A Labor Party https://www.facebook.com/masslaborpartyusa/

This was part of a US and international day of action sponsored by https://supportamazonworkers.org 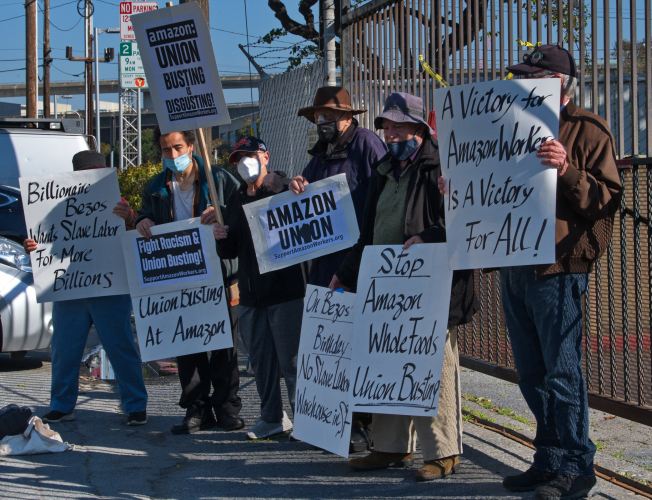 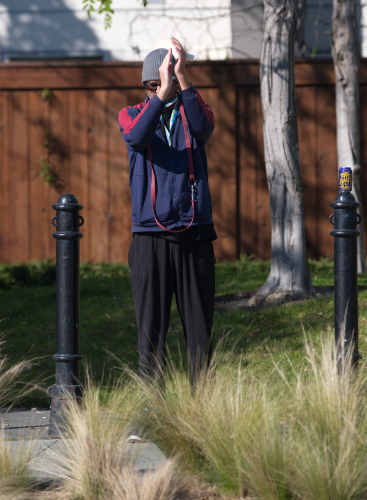 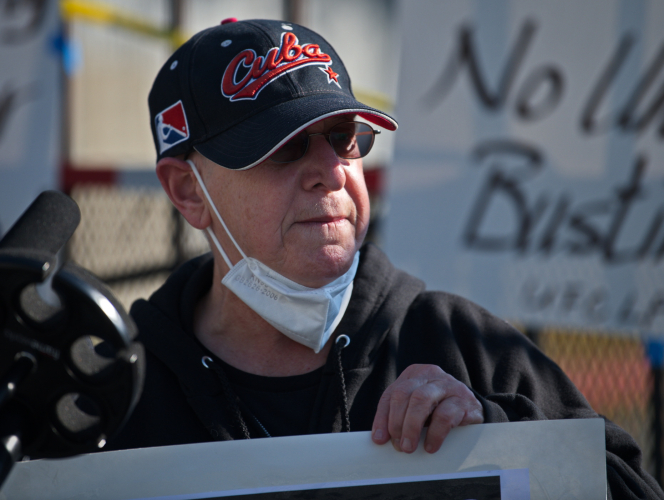 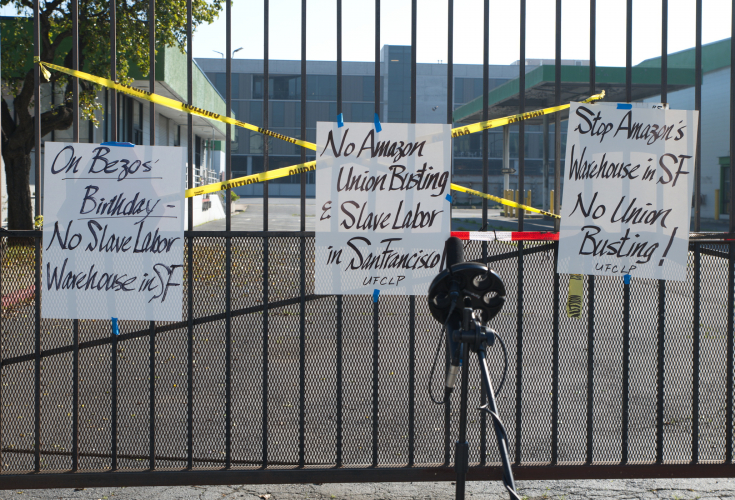 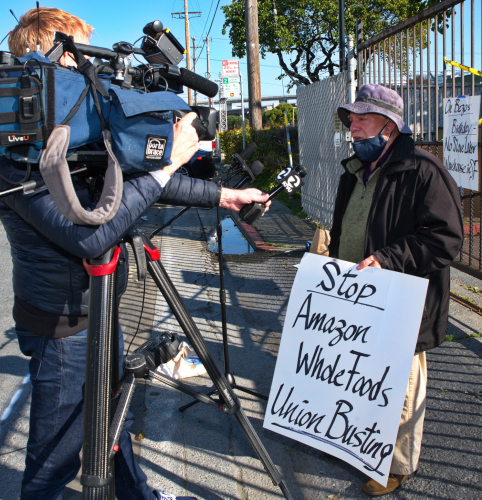 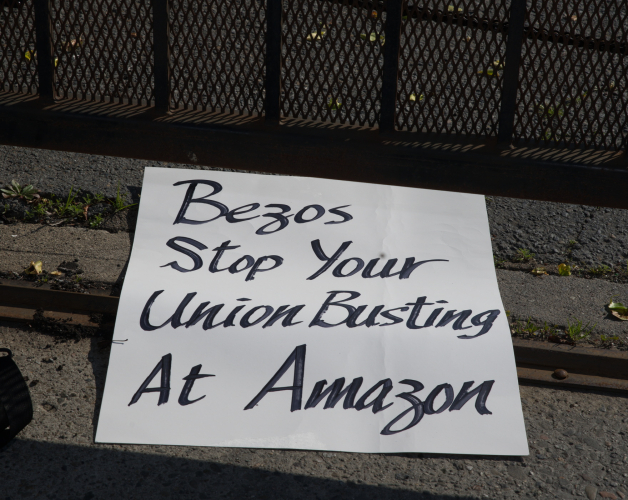 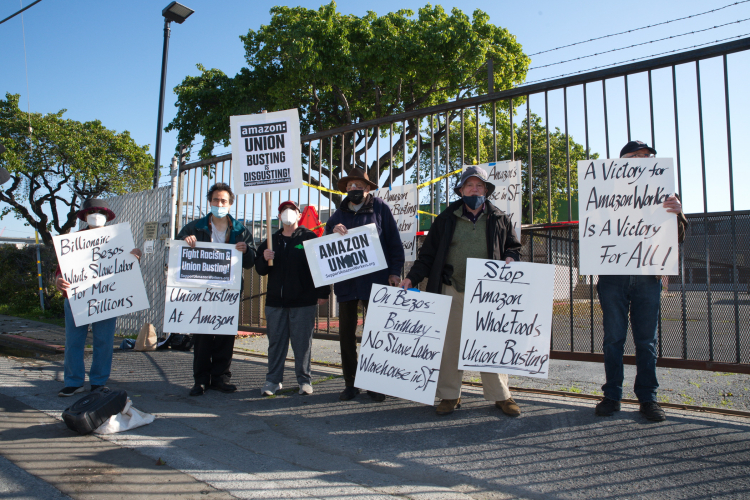 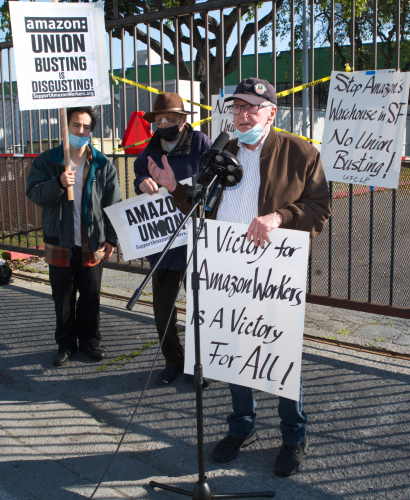 original image (1400x1705)
Add Your Comments
Support Independent Media
We are 100% volunteer and depend on your participation to sustain our efforts!